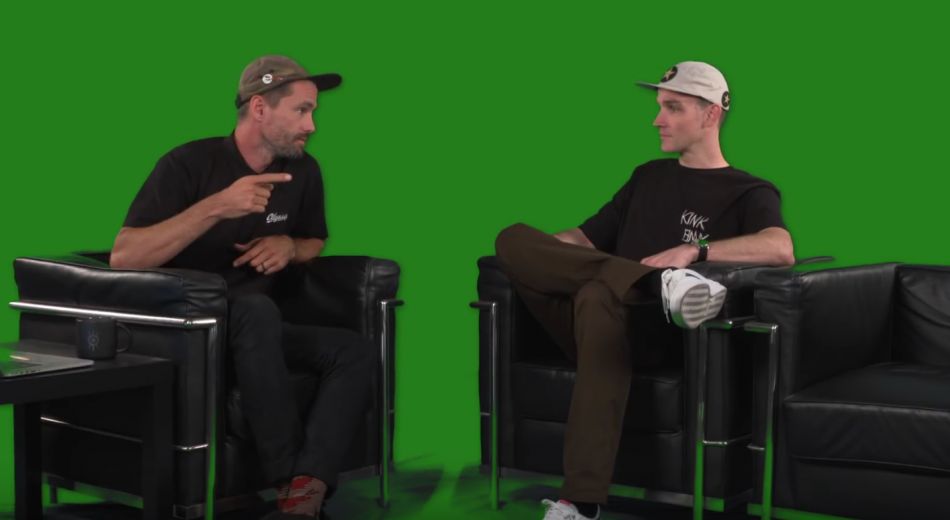 Well, that "short break" we took was a bit excessive, eh? It's nice to have Feeble Talk back and we wanted to do something a bit special by inviting Chris Doyle. Plainly put, Chris is an amazing dude to have on the show in general, but his recent and ultra-scary brush with death makes having him in the studio extra special. When I approached Chris about flying in to film the show, he requested that Calvin Kosovich join him, as he played a key role in Chris being with us today.

This episode of Feeble Talk is obviously a heavy one, but I didn't want to solely focus on Chris' recent "incident." After a few tears were shed, we moved onto the more typical stuff... Thanks again to both Chris and Calvin for making the trek out and being so forthcoming about what went down on that faithful day in Albuquerque. Timecodes: 0:50 - Being on every episode of Feeble Talk 2:00 - Background choosing 5:10 - The Cardiac Arrest discussion 18:26 - "If Calvin doesn't do that CPR..." 31:20 - Old Influence / New Influence 47:15 - Doyle's top three favorite style riders 54:50 - X Games Dirt Box Jump Show 1:02:02 - Peer Q&A from the Kink team