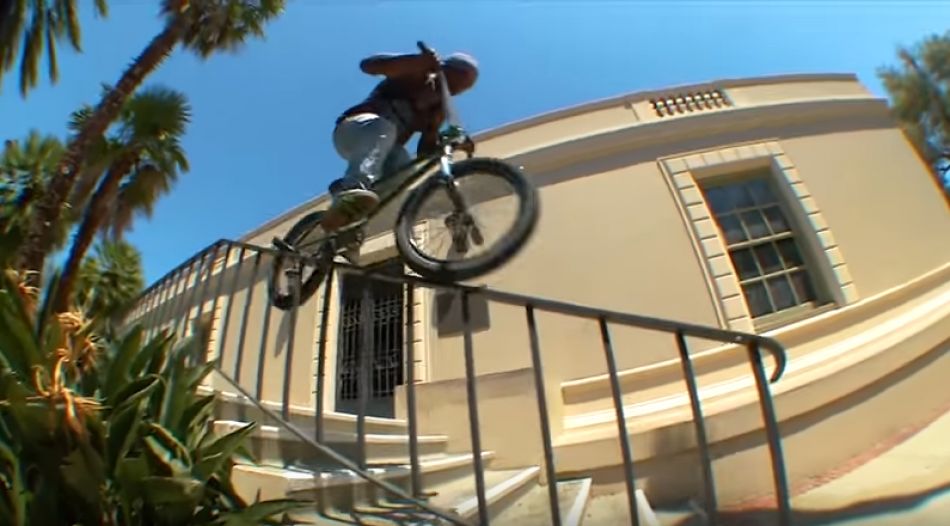 “We have expanded our team to include an insane crew from the west coast like never before with Andrew Castaneda, Demarcus Paul (who got hurt right before the project), Johnny Raekes, Hobie Doan, Charles Littlejohn, Gabe Brooks and Richard Hernandez. We also have two of our top pros, Augie Simoncini and Colin Varanyak—who originally hail from the east coast—currently calling California home as well. So it only made sense for us to get them altogether and do their thing. We rounded out the squad with a couple of our top east coast riders, Abdul Fufanah and Jonathan “Twinn” Jaramillo, and Clay Johnson from Arizona to add to the mayhem. The riding that went down was wild, insane, technical, dope, crazy, smooth, and above all… motivating to get you to hit the streets right after you watch it. Thank you for your support of Animal and real BMX street riding.” —Ralph Sinisi, Owner-Animal Bikes

More in this category: « HYPER WEEK AT WOODWARD week 2 Hyper BMX On The Clock by tuanbikes »
back to top