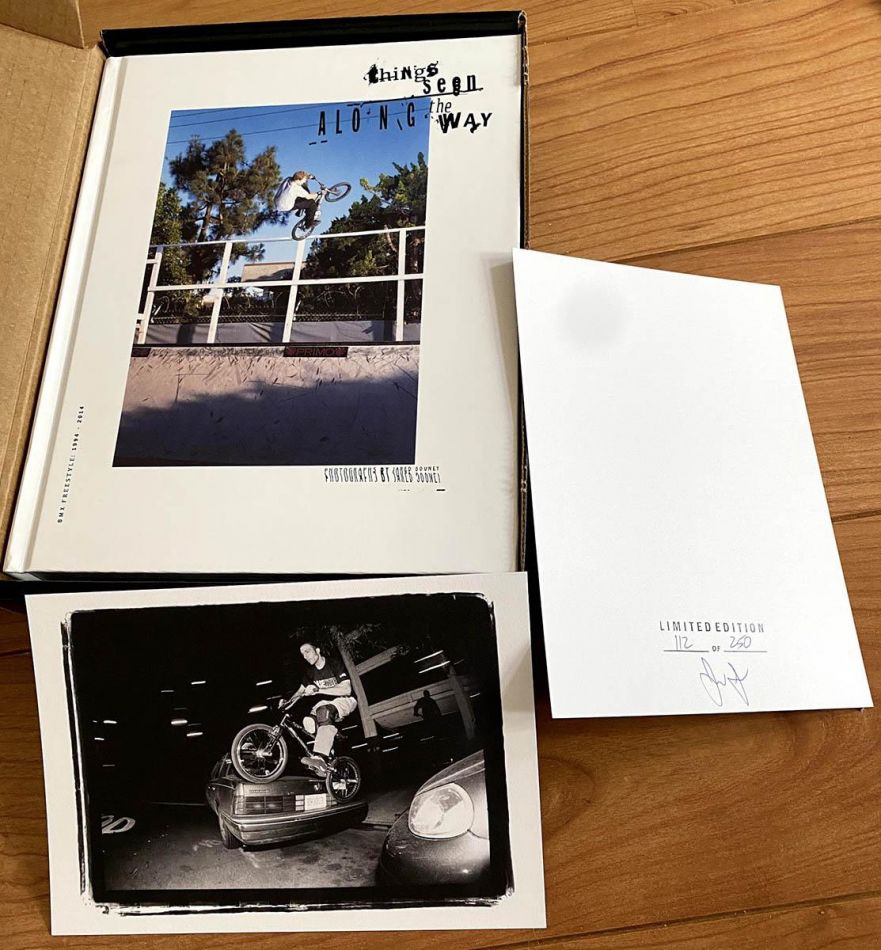 We've got hundreds, if not thousands of pictures hidden on the attick. From the start of BMX in The Netherlands to shoe boxes full of photos from the first trips to San Diego as well as all the European events we went to back in the day. Most pics are of poor quality, taken by the pocket-camera that seemed to fit in the fanny pack together with the passport, the wallet and some keys. Keep in mind that this was during the pre-cell-phone era and taking pics at parties wasn't common. Although a lot of the photos ended up in FAT-'Zine issues 0 - 34, it would be interesting to dive into the photo pile one day to make a book. But that probably won't happen.

Jared Souney on the other hand managed to scan thousands of his photos and filed them around to form the 'Things Seen Along the Way' book and it's amazing. 360 photos printed in a book with over 400 pages. The book weighs 5 pounds and all 250 copies were sold in no-time. Albert Moonen and Paul de Jong are now the owners of the photo book and we flipped through the pages trying to put a name with each rider. The names are listed at the end of the book and we had to peek a few times in order to

answer the question of who the rider on that page was. 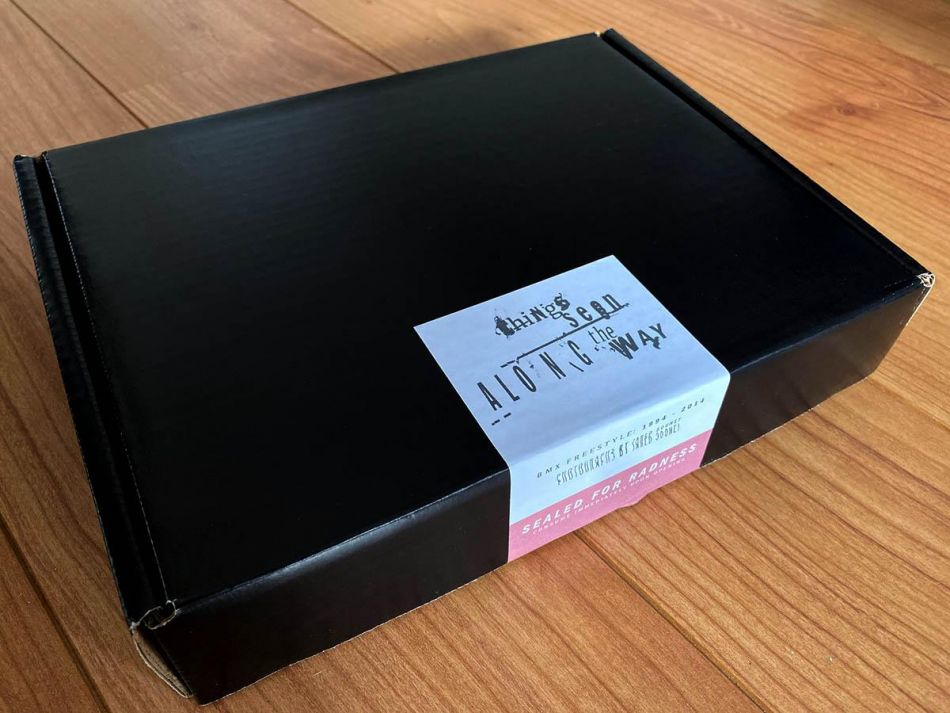 Jared filed the images into four sections basically. The New England section brought back some memories from exchanging 'zines with Kieran Chapman of The 'Zine, who, I believe, was from Minnesota. Jared then moved to California where we have also spent some time before he moved to Woodward East, and then Oregon. It's a pity Jared didn't travel to Europe much during his time as a BMX photographer so we might still have to dig into the photo pile to publish something at some point.

Much respect to Jared for putting in all the work. The book turned out really nice. I'll flip through it again before giving it back to Paul. 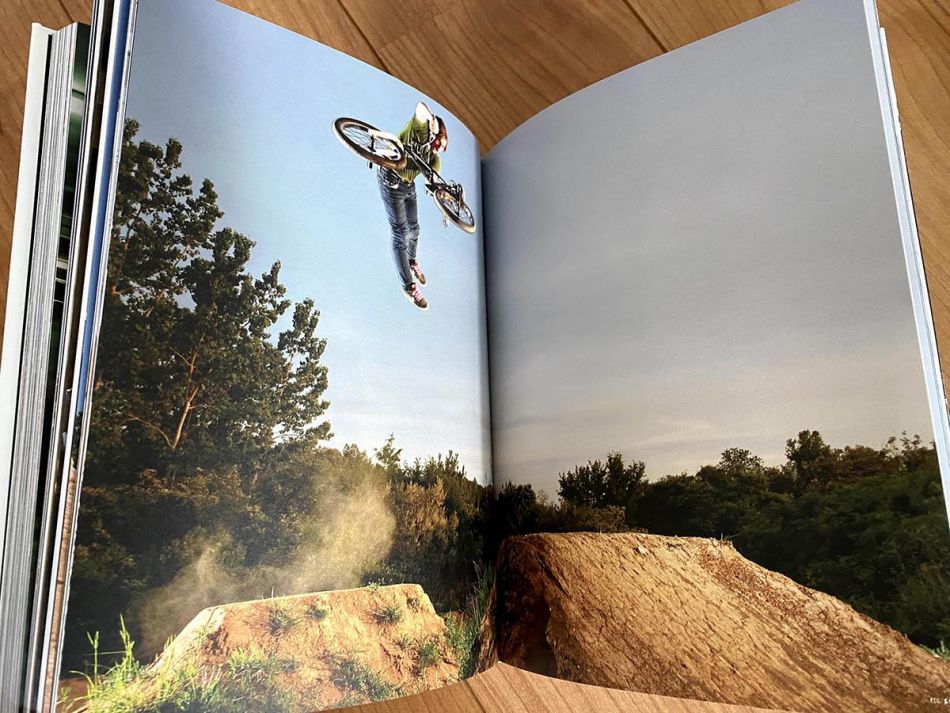 Hardcover. 8.5"x11." 404 pages (including cover), inside pages printed on heavy, uncoated stock. Full-color printing throughout, featuring more than 360 photos. Includes two A5 sized prints (Joe Rich from 2000, and Ralph Sinisi, also from 2000) also in a limited edition of 250, signed and numbered corresponding to the book.

This book weights five pounds. It is big. It includes a selection of photos, taken over a twenty year period, all centering around BMX bicycle freestyle. 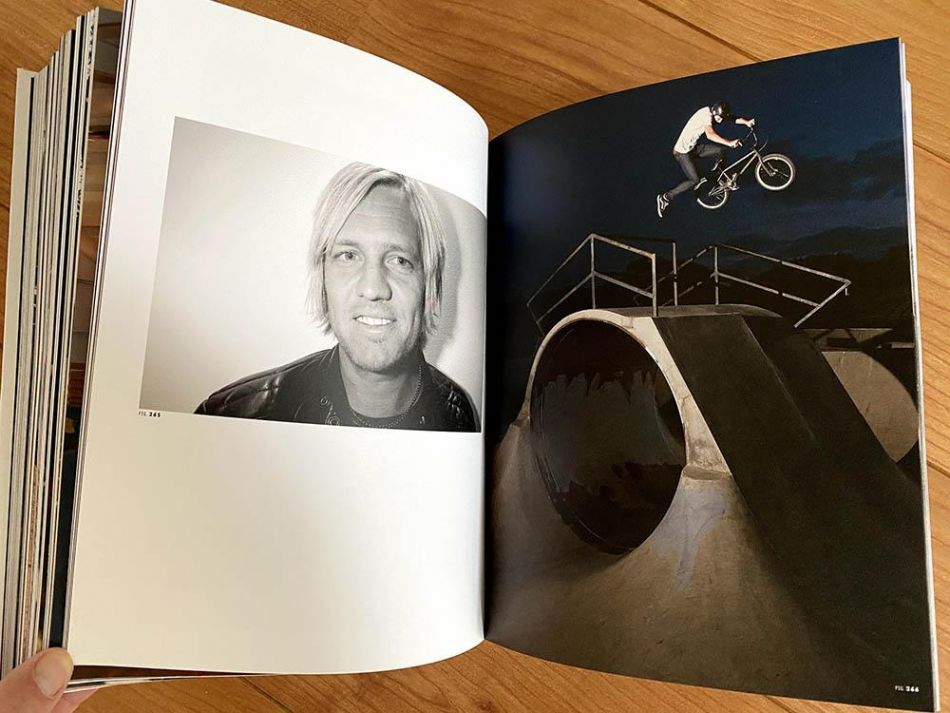 Jared Souney is the former Associate Editor / Photographer for Ride BMX Magazine (1999-2001), and has since contributed to magazines and media outlets around the world, including BMX Plus, Freedom BMX, Chase BMX, Transworld BMX, Snap, Ride UK, Dig, ESPN, Sports Illustrated, The New York Times, and many others, both as a photographer and writer. The book includes a selection of both published and unpublished photos.

"This book follows the BMX that I lived for the last several decades, focussing on the period which I was most involved in producing content. These are friends I made along the way."

Sold out! Sorry, but this book sold out much faster than anticipated!