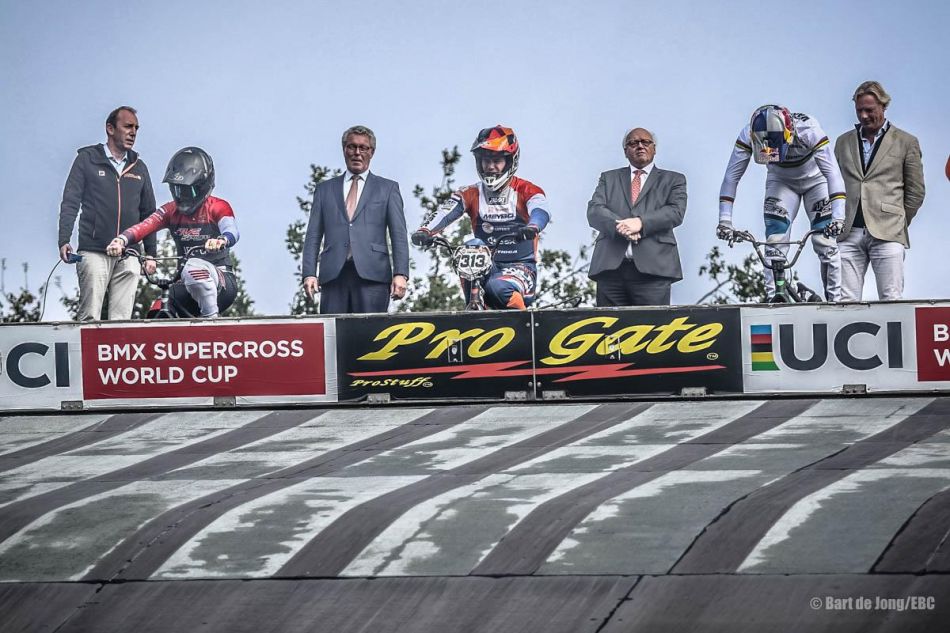 Without a doubt the people at Papendal are a professional bunch. When they called for a press conference and we received the invite, it was time to get up early on the Sunday and head towards Arnhem for the showdown. At 9am, the big room at Hotel Papendal was filled with interested people. A wild guesstimate would say 70 people showed up indicating that it was time for BMX fans to come together after not much happening over the past 5 months. People from the city, the fastest BMX Racers from the Netherlands and the organizing committee of the 2021 UCI World Champs to be held at Papendal, explained the importance of the event and the struggles that Covid-19 is bringing in getting the job done. 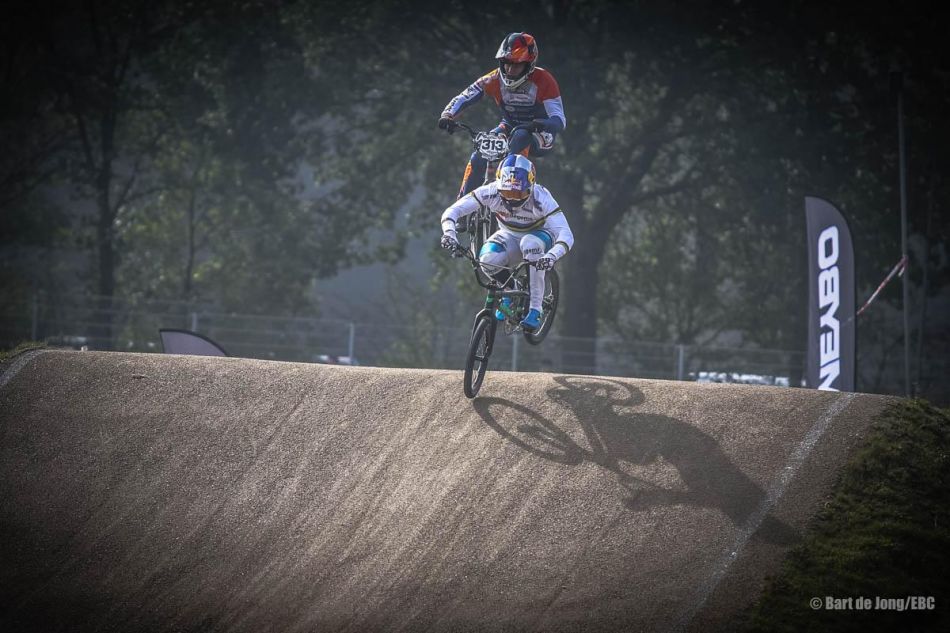 Subjects touched were the support from the city of Arnhem, the Pump Track grants of €50K each that were swept up by 10 surrounding towns, the build of the extra hill for the World Championships, Twan van Gendt's Red Bull project, and the announcement that the National BMX Championships are going to be held at Papendal (instead of Klazienaveen) the weekend of 10/11 October 2020.

It's obvious that everyone is missing sports. Sport unites. BMX does too. When we moved over to the BMX track, the official start of the campaign was made by Laura Smulders, Niek Kimmann and Twan when they dropped the gate and the media snapped their shots. The media happening was combined with a Team NL clinic and "Meybo-day" which brought well over 100 BMX racers to the 2021 World Championship track. Any minute of practice on the mint 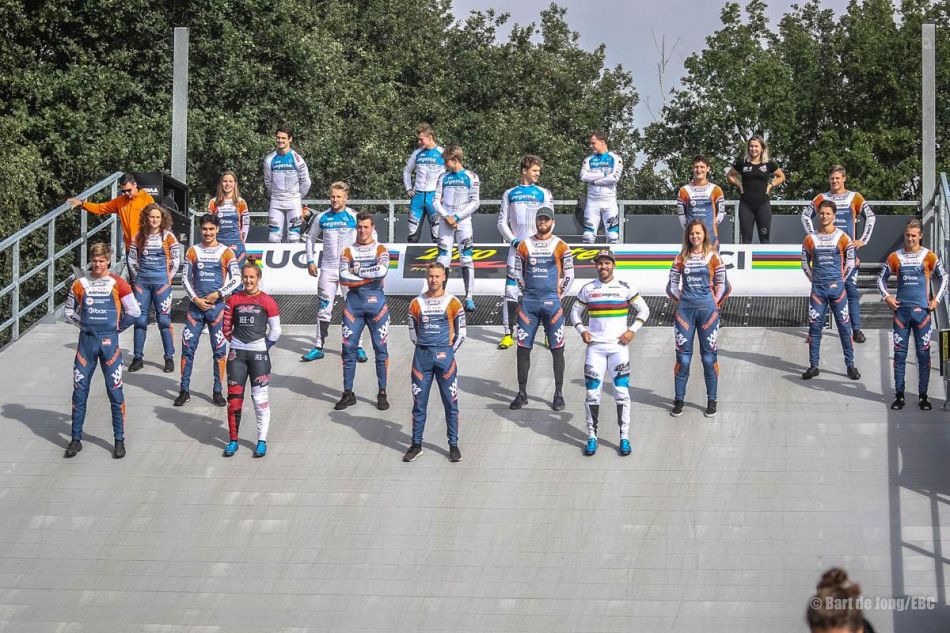 circuit now is bonus. It beats trying to squeeze in 3 practice laps by the time thousands of racers get to Papendal for the actual World's the week of 14-22 August 2021.

Fingers crossed this Covid-19 pandemic will be behind us by that time next year so the organization can bring their A-game to entertain the thousands of BMX fans from all over the world that made it to Papendal. We've got full faith it will be a success. 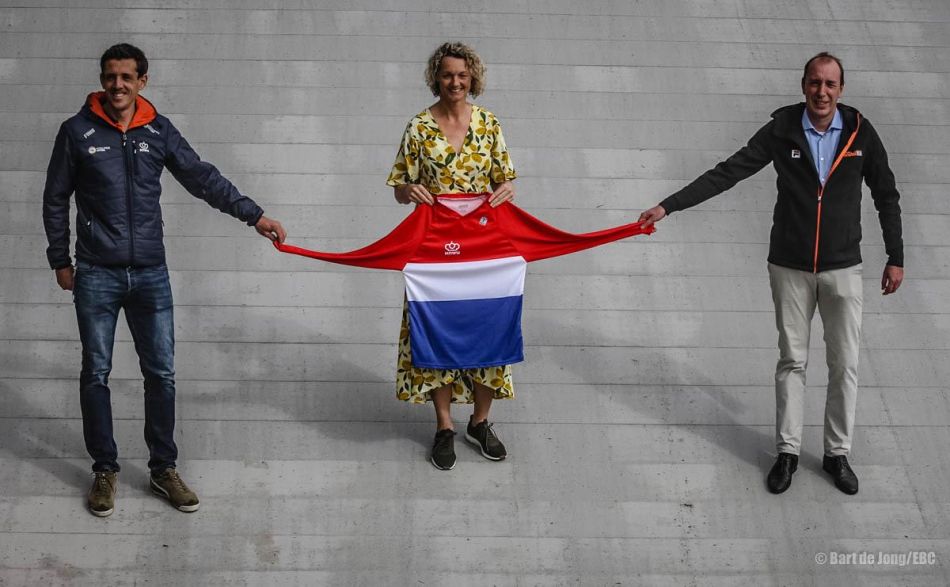 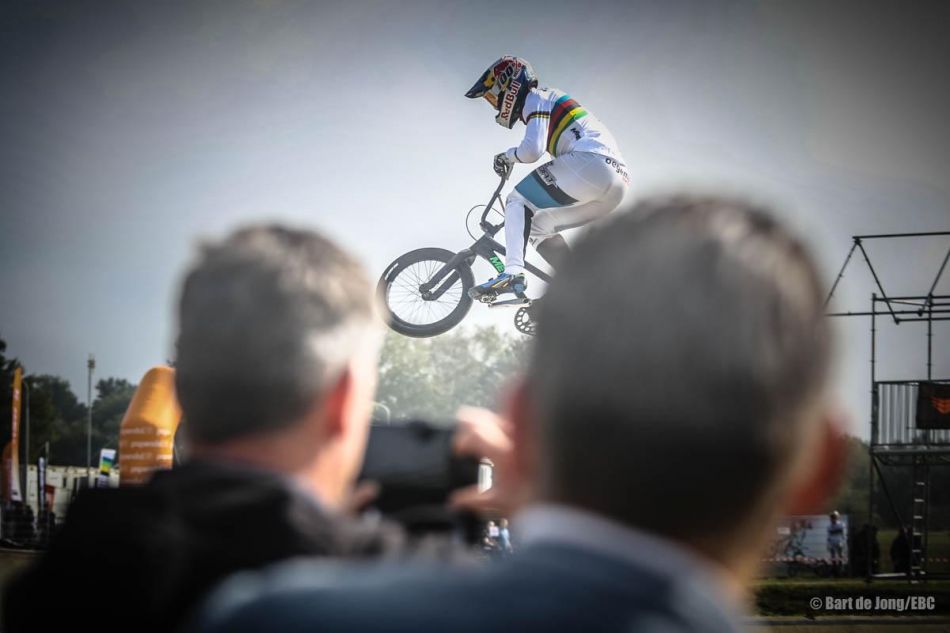 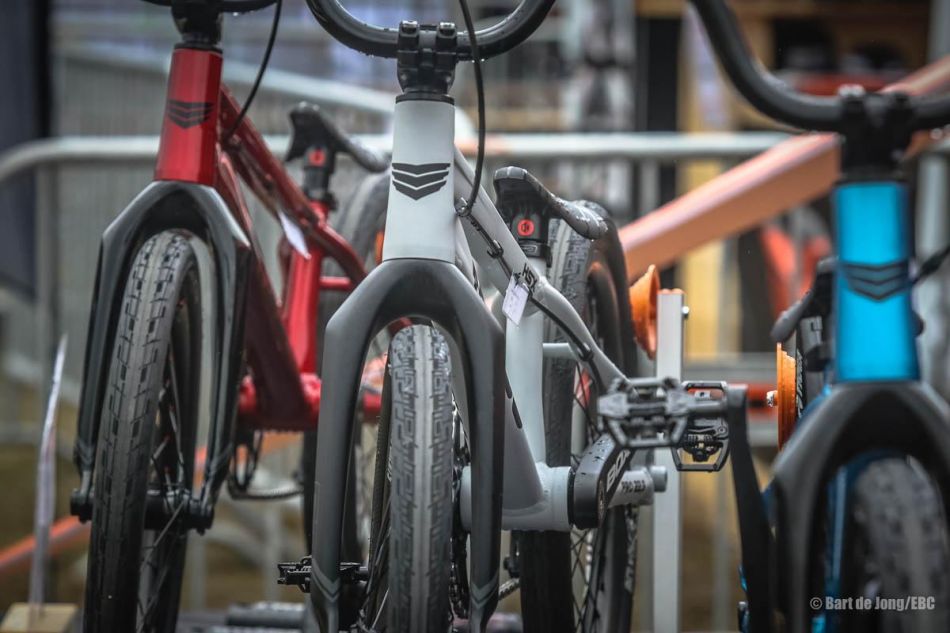 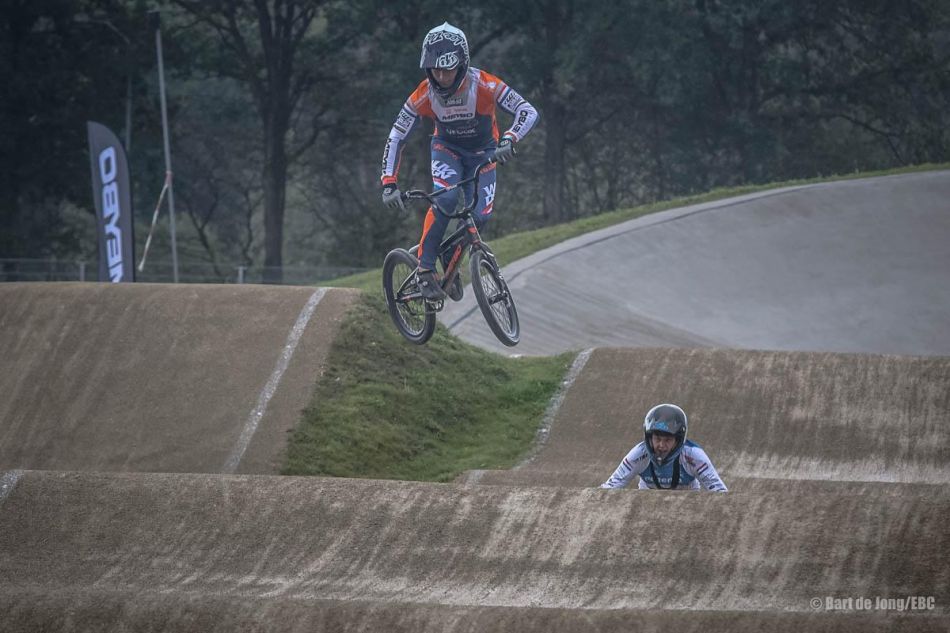 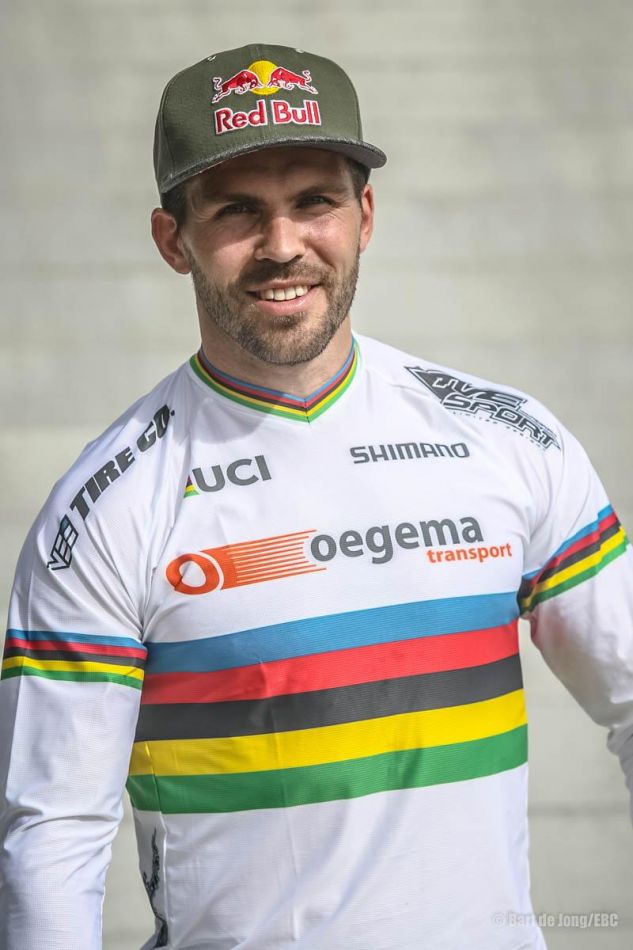 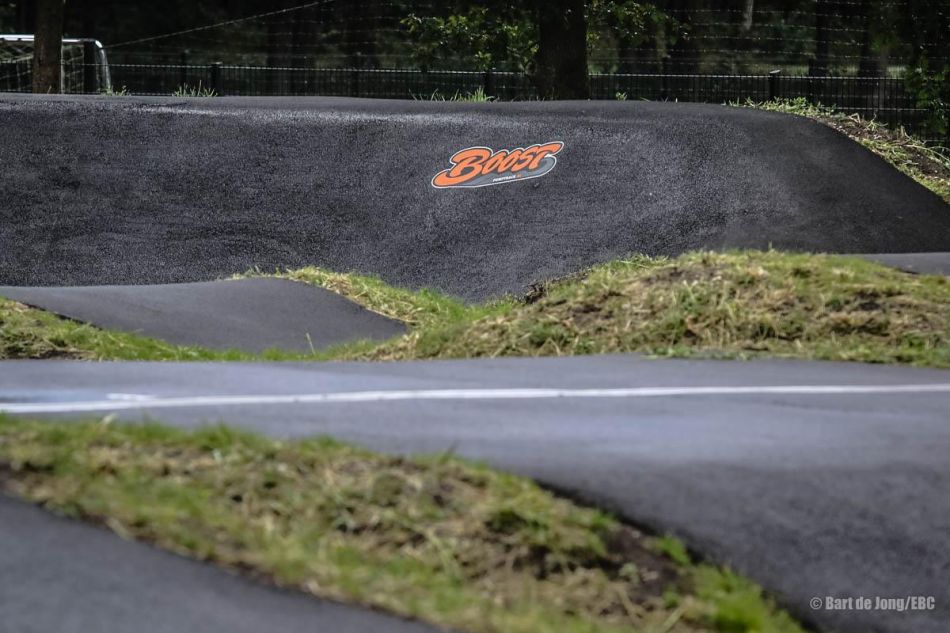 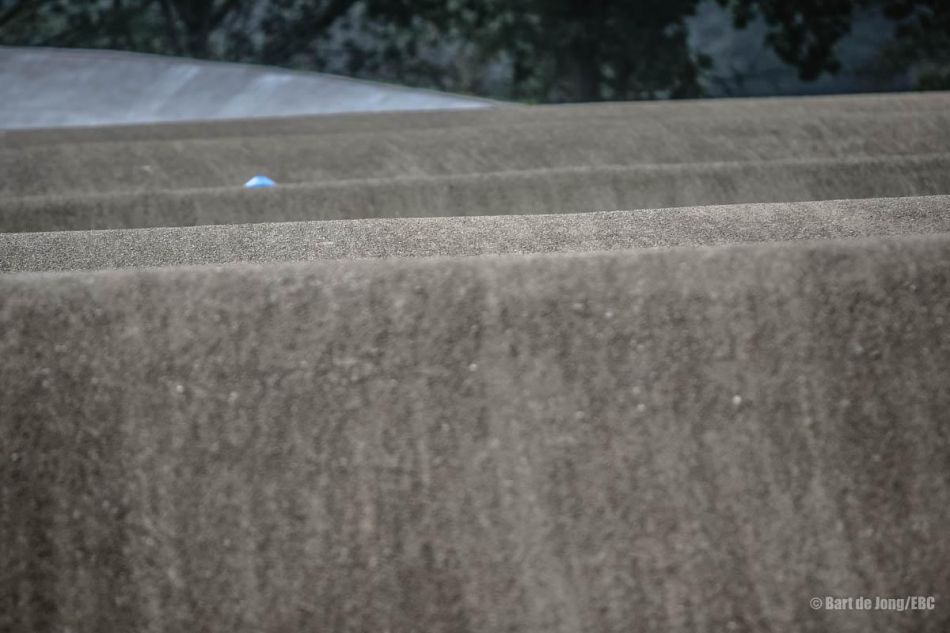