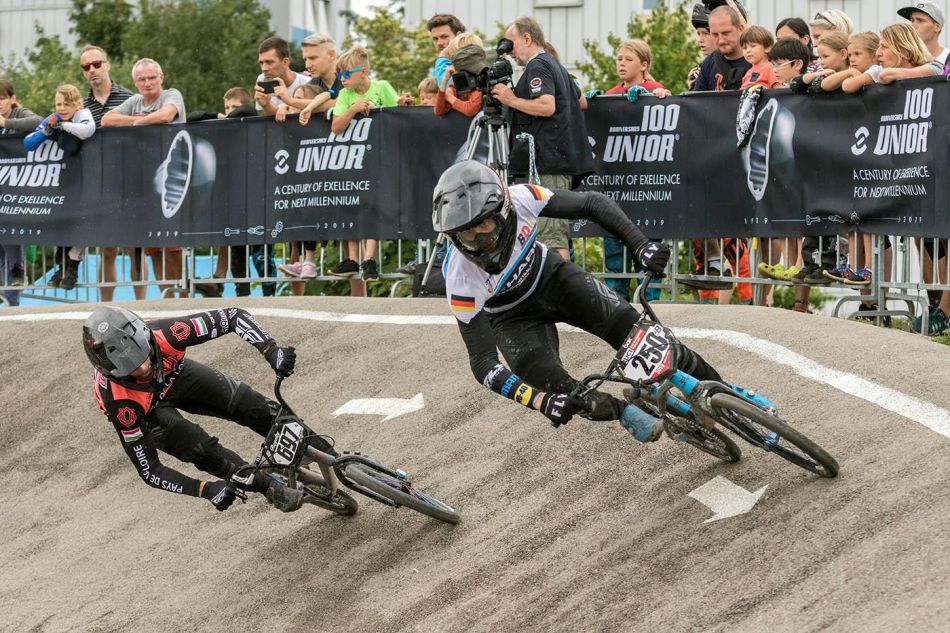 Riders from six countries finally felt the excitement that you only experience standing still behind the start gate, listening to the familiar “Riders ready, watch the gate… PI-PI-PI, BAM”. BMX Race Ljubljana was a great success, with great racing in all age groups and great battles between Hungarian Bence Bujáki and German Axel Webster. “We’re so happy to be back racing,” was one of the most commonly expressed sentences during the race weekend in BMX Park Ljubljana. Riders from Austria, Czech Republic, Germany, Hungary, Italy and of course Slovenia should have been on the Olympic break right now, but instead they only had the first race of the season. Eager for racing they showed great performance and very close battles on two completely different races. 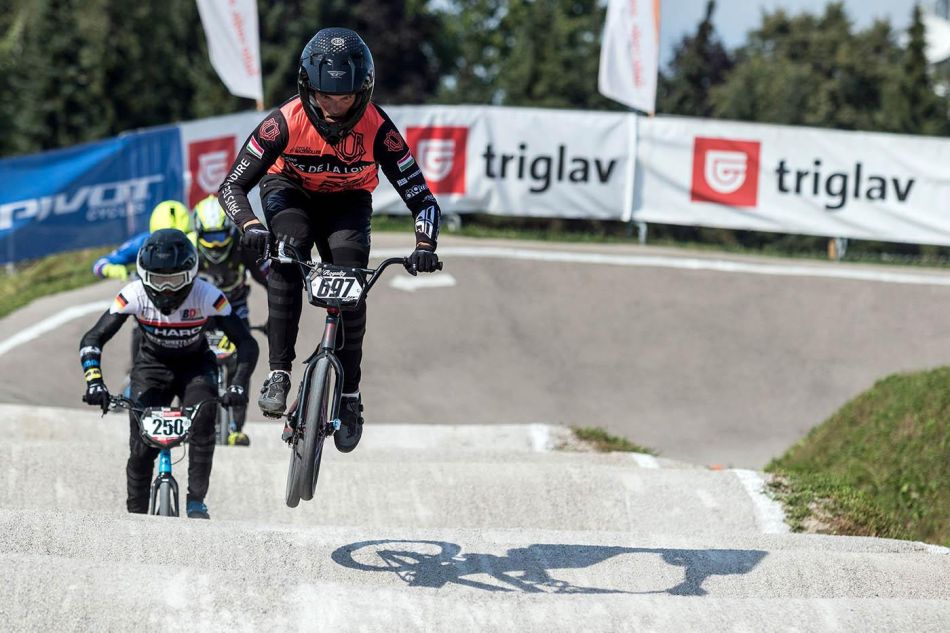 aturday was very hot and the track was bone dry, but rain completely changed the conditions for Sunday and made the race much more tactical. It wasn’t raining during the race, but the track was way slower and slippery in some sections. Axel Webster and Bence Bujáki were fastest on both days and took all top spots in the 17+ motos and had their own race ahead of the Slovenian’s fastest riders. Axel and Bence took many of the battles all the way to the finish line and should be both happy with the outcome - each won one race with the same number of moto victories. 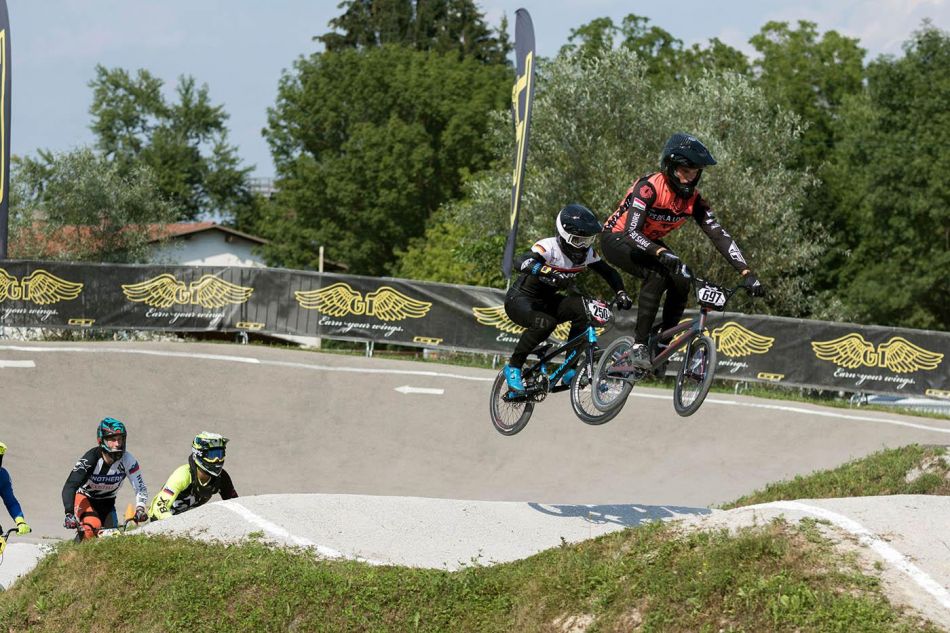 German rider, also a member of the national squad and junior world champ in the past, won the Sunday race: “Unlike yesterday when everything was fast and smooth, you really had to be careful today, especially on the first straight and out of the start gates, where you couldn’t slip. Today it worked out, I got to the inside more often than not and I won. Bence and I were very close all the way to the finish line, but the race was really won or lost on the first straight.”

Riders were really equal, they both won with three first and one second place in motos. Bujáki came out victorious on the first day of racing and had this to say on Sunday: “I was a little bit tired today and Axel was better than me in the first straight and took the victory today. I was doing really good on the dry track and I’m happy to have won it. I like it here in Ljubljana and I’ll come back for racing.” 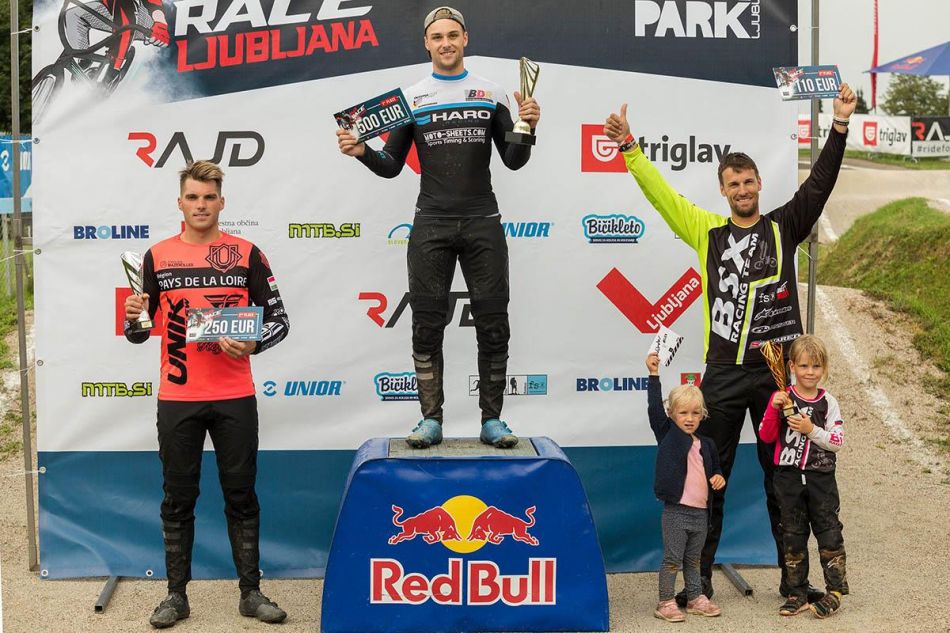 Slovenian Tilen Frank was third throughout the two days of racing: “I almost liked it more today, it wasn’t as hot as on Saturday and there was no dust on the track. I’m happy with my result, knowing how good Axel and Bence are. It couldn’t be any better.”

Racing was very exciting in junior categories as well - thanks to larger crowds on the start gates and great mix of international future champs. Slovenian biggest BMX clubs Črn trn, BSX Racing and local Rajd Ljubljana each took several victories, but the competition from abroad guests was strong and it wasn’t easy for anyone. Not even for local hero Jošt Ložar, who didn’t lose a single moto in the last season and continues his regional dominance in the 9/10 years old age group. “It was great to race after such a long time. I wasn’t sure how good I am after a long break, but I was working hard and now I have confirmation that I’m even better,” said Jošt.

Everybody left the venue in Ljubljana with positive outcome - race winners with new set of great results and very respectable prize money, all riders and clubs with new dose of racing and also organizers who managed to do a great race in the unpredictable times and spread the news of BMX racing in Ljubljana across Europe.