WORTH THE WAIT: 100% Unveils Next Generation ARMEGA Goggles 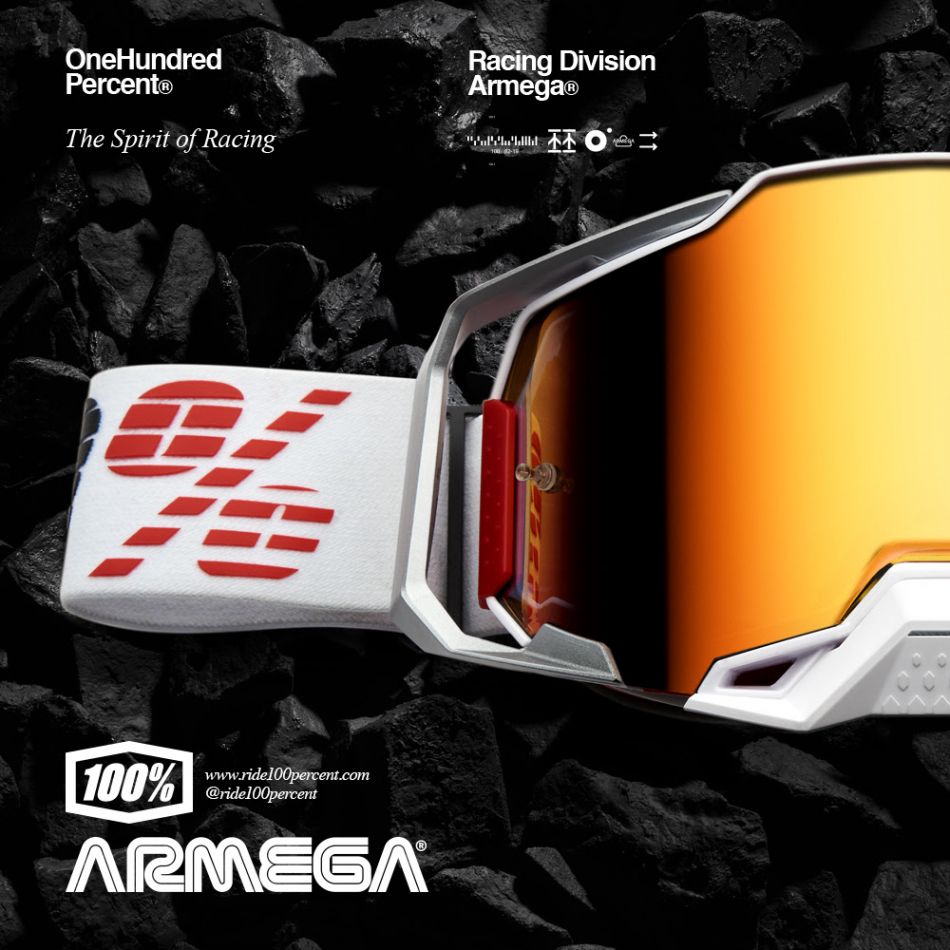 Fresh from clinching all three AMA Supercross titles last Saturday night (Cooper Webb, Chase Sexton & Dylan Ferrandis), 100% seized the opportunity to launch the revolutionary ARMEGA Goggle Collection today. These innovative goggles feature exclusive ULTRA HD optical lens clarity, previously unavailable in motocross goggles.“The first time I tested them, I completed a lap and then pulled off the track” explained Cooper Webb. “It really is like you’re seeing everything for the first time; the track is SO vivid. So many details, it’s almost overwhelming. Once you ride a few more laps, you get used to it quickly and then it’s impossible to go back to original lenses. The ARMEGA helps you see more of what matters.”

Beyond clarity, the ARMEGA’s fused, dual-injection frame features six different retention points to completely secure the ULTRA HD lens in place. Additionally, the frame has two latching, push-lock (quick change system) points to ease lens swaps with a couple of simple clicks. This system locks the lens with full vertical and horizontal security, making it the only goggle of its kind.

The ARMEGA’s frame incorporates a new sweat management system that collects and moves sweat away from the face foam and outside the goggle through an integrated sweat channel. Also, forced air intakes (in the frame) promote increased airflow to allow fog-free riding and reduced humidity as super plush triple-density foam helps cushion the goggle for a perfect riding position.

“Motocross is the most brutal sport I know” explained motocross legend Bevo Forte. “With the ARMEGA, I am amazed to see how many solutions we’re bringing. One thing is for certain - we are definitely raising the game in our sport”.