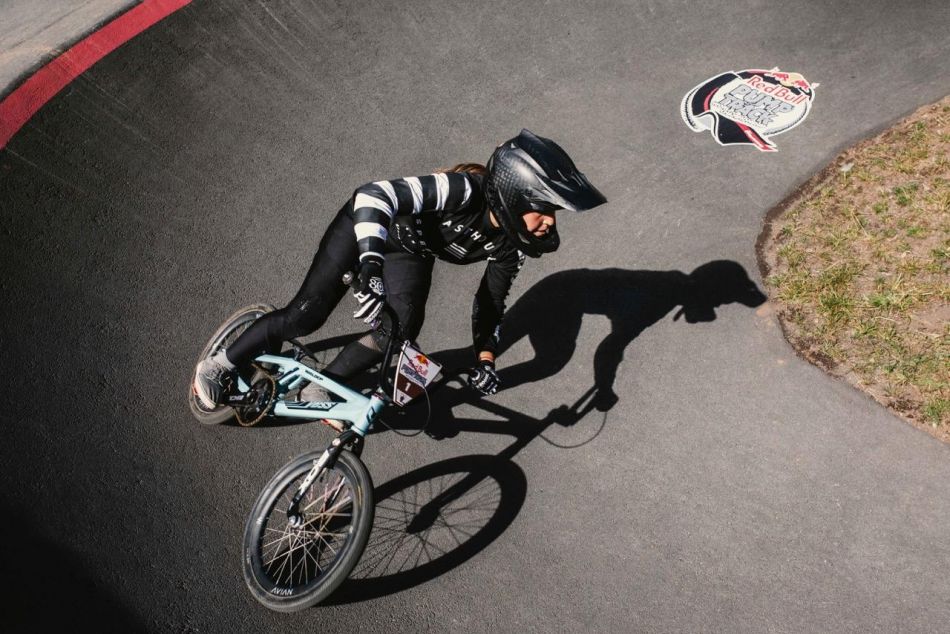 Riders from Uruguay, Chile and Columbia line up for an explosive race at the foot of the imposing Osorno volcano in Chile, and New Zealand joins the list of qualifier races on April 28th. With near perfect weather conditions in the idyllic setting of the Kotaix Bike Park in Puerto Varas, the fastest
riders from Chile, Uruguay and Columbia respectively battled it out at a blistering pace which saw MTB reigning supreme in a field of elite riders. The demand for being a part of this experience is surely growing - one of the competitors even embarked on three days of travel to secure his participation in what is fast becoming a crowd favorite on the Red Bull Pump Track World Championship race calendar.

It came down to a dead heat split second finish for Bruno Lavagnino in the male category. The Chilean

rider took the win for the second consecutive year against the rising talent of rookie Matias Acuña. The fastest time of the day was laid down by Matias Acuña who set a new track record with 23.073 sec in the semi-final as well as a speed record of 38 km/h yet it came down to the 22 year old Bruno who stepped up during the final run at a searing speed with the time of 23.165 - nudging him ahead by a mere fraction to take the win against the 23.206 seconds by Matias.

The heat of the competition continued in the women’s category. There was just no stopping 19 year old Santiago BMX rider Renata Urrutia from taking the win against Andrea Farias in a female category that was largely dominated by mountain bikes. No stranger to the podium the reigning Chilean National BMX champion was not going to be outdone on the day and confidently took the win to represent South America at the World Final.

More in this category: « Smulders and Kimmann double in Caen. 2019 Indoor Caen, France by Niek Kimmann »
back to top