Written by  Bart de Jong
Read 11636 times
Team Avent / Bombshell made a large presence last week in Phoenix. We had perfect weather for racing. The track was super fast with the first turn was always packed.

Saturday we woke up to another beautiful Phoenix day. The AA Pros followed suit with three in the mains. Donny Robinson was focused all weekend pulling out a third for the day. Jason Richardson rode his F1 forks to a 5th place. Tyler Brown staying consistent with the odd numbers took a 7th home for the day. Cassie Bushnell battled against a stacked Pro girls class, but had to settle for eighth place. In Pro Cruiser Donny Robinson extended his lead for the ABA title with a commanding first place. Randy Stumpfhauser took 3rd on his F1s. Jason Rogers was not far behind with 5th place in Pro Cruiser. Kyomi Waller was on top of things with a 5th place in Vet Pro on his F1's 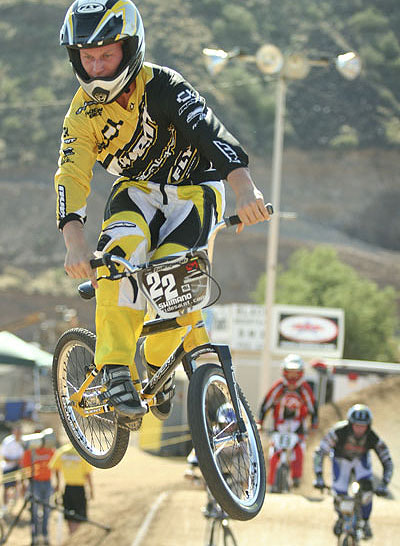 Sunday would prove interesting as a number of crashes were pushing points everywhere. Avent / Bombshell riders showed they had the skill to move on though. Leo Garcia continued to impress with a 6th place out of 42 A Pros. In AA, Jason Rogers rode hard all day earning a 5th place for the day. Randy Stumpfhauser was right behind him for sixth place. Some hard crashes put Jason Richardson back to 8th for the day. In Pro Cruiser action it was Donny Robinson showing the crowd again why he is NBL #1 and that he is the leader for the ABA title as well. Randy went down putting him back in 8th. Kiyomi Waller improved upon Saturday taking third in the Vet Pro Class. 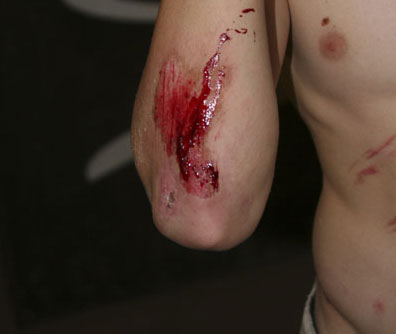 Many of you had noticed our own personal film crew out there. We are putting together a surprise DVD. Some of you will get a sneak peak at the Grands, to include inside the pro helmet cam, so you are right there in the action a long with some awesome sessions on the sweetest trail spots in Southern California with your favorite pros.

Red Baron Racing also came out to show their new line of 50's. Our new Revolution Lite Cassette wheels were on display in the cool new anodized red, blue, clear, and black colors. All our pros participated in interviews with ISTV's Cathy Rankin.

More in this category: « October 2005: 2005 ABA Fallnationals. Phoenix, Arizona. Golden Crank Bike of the year »
back to top