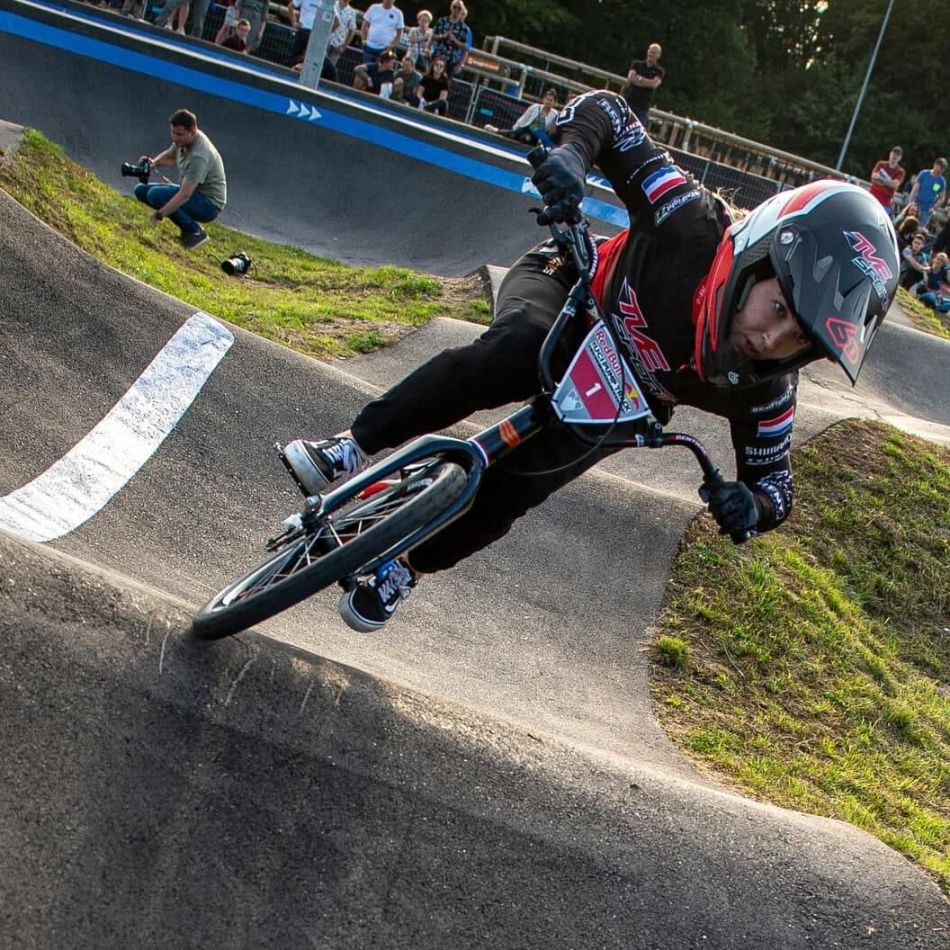 Today the Urban Sportpark in Eindhoven was all about Red Bull UCI Pump Track. The race has recently come under the UCI flag. This allows the winner of the World Final to wear the rainbow jersey for a year. This year, the women's Olympic medal winner Merel Smulders won gold. Frenchman Eddy Clerté won gold in the men's race. Red Bull UCI Pump Track is a unique competition because different cycling disciplines come together. For example, MTB riders cycled against BMX riders and freestylers took part in the Pump Track and vice versa.

The winners: The top four of both the men's and women's have qualified for Red Bull UCI Pumptrack World Championships Final. The following riders have qualified: 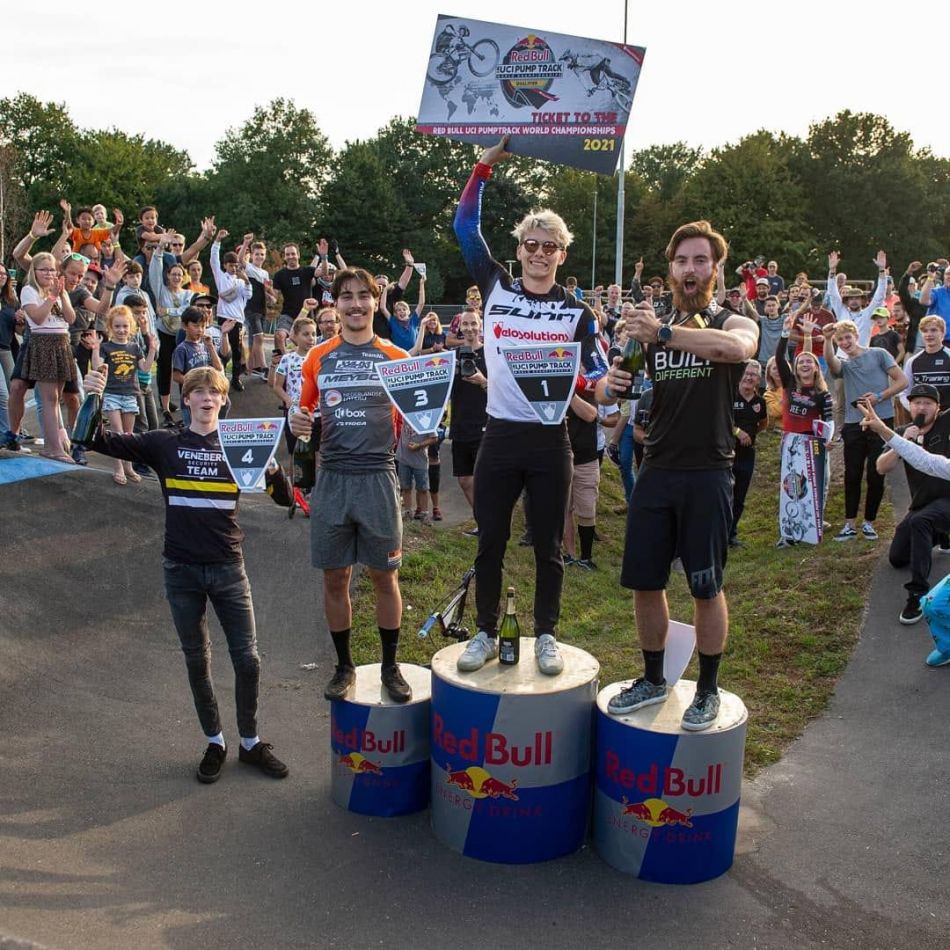 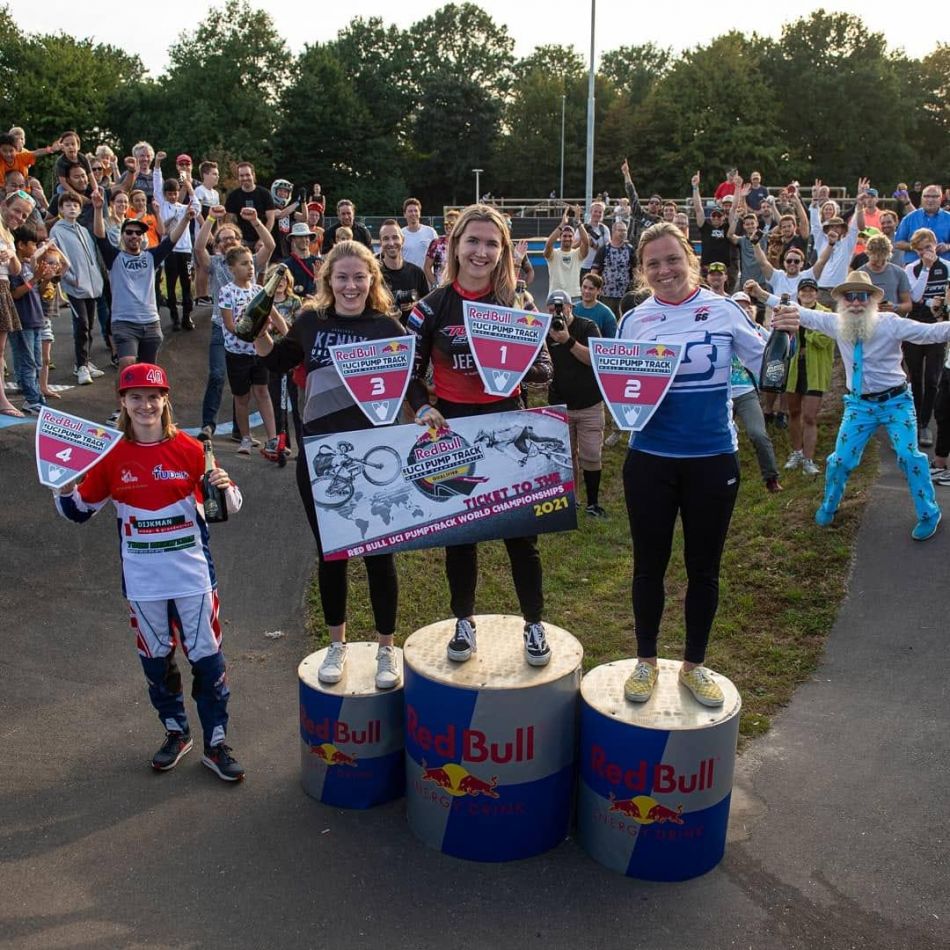 Merel and Eddy have received a ticket to the World Final as the winner. It will take place between 15 and 17 October in Lisbon, Portugal.

The race started with Timed Runs on the pump track, the riders tried to set the fastest time to get as high as possible in the ranking. All levels raced against each other young, old, female, male, senior and junior. The best 32 advanced to the knockouts. Here the riders rode in pairs opposite each other in opposite directions. So they were literally opposite each other.

At the beginning of the afternoon the BMX-Freestyle competition started. Both men and women jumped the track with the coolest tricks. Daniel Wedemeijer, a professional freestyle BMX rider, gave a demo on the Big Air Bag in the afternoon. Pump Tracks are becoming more and more popular because of this, the event was tackled larger this year than in previous years. The winning riders now head for the Red Bull UCI Pump Track World Finals.

More in this category: Red Bull PumpTrack Go Gaston NC by L.U.C.A. Media »
back to top