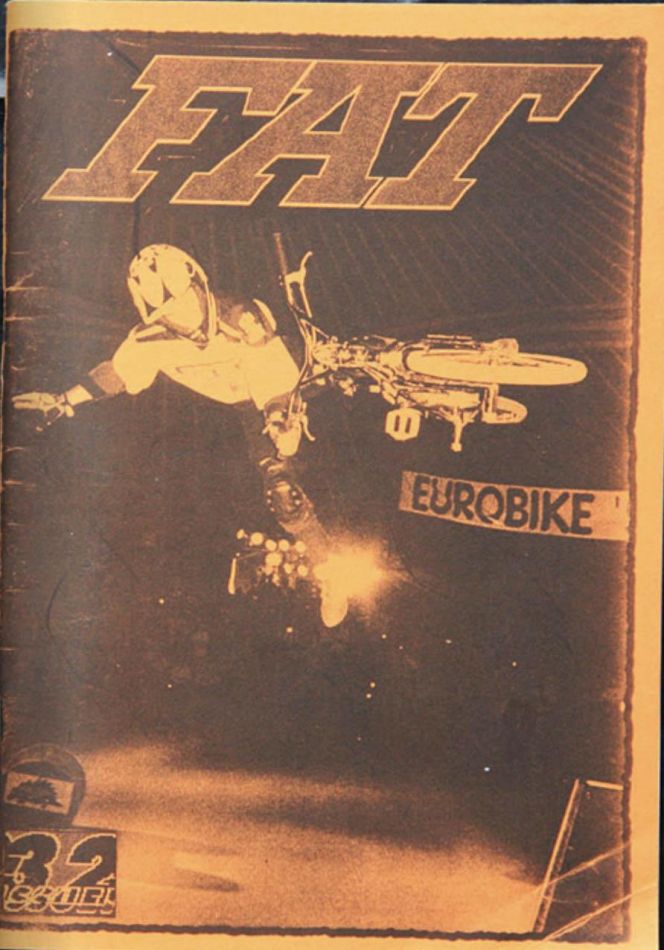 We are almost nearing the end here of the FAT-'zines that were made between 1987 and 1996 before we got involved with that WWW. John Parker got the cover of issue number 32. Again GT hooked it up with a free sticker on the inside cover. The computer was doing its job and made it easier to read the text. No more fading typewriter ribbon.

The BON section has always been a big part of the FAT-'zine. Read it, it will make you go: Oh yeah, I forgot about that.

The Beerfelden comp is one to remember. We bring it up every time we run into Alex Reinke and Detlef Richter (RIP). Good times. Read about it on page 12.

A terrible accident on the way to the KOC in Kalle's dad's car did not stop us from getting there as planned. It was a close call but we survived. The car was a write-off though. 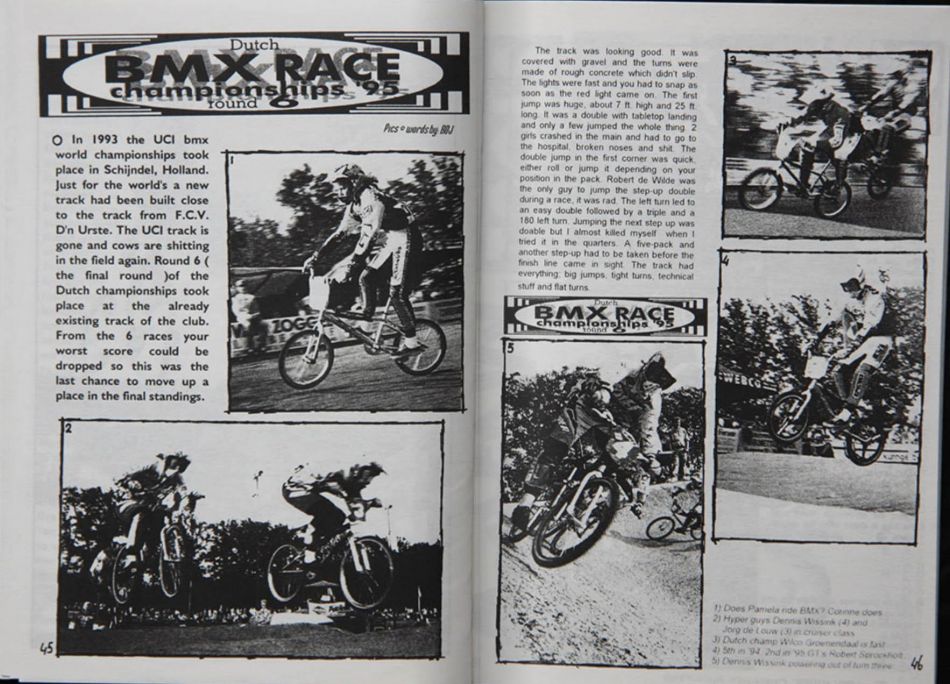 1995 tradeshows; Intercycle-Cologne, Interbike-Anaheim, Eurobike-Friedrichshafen. We also had video reviews. VHS tapes were still the way to find out what sort of riding was going on worldwide. Wilco Groenendaal got an interview, we had another Bartman comic, we went to the German BMX Freestyle championships at the Northbrigade, did some CD reviews, a Dome Ramp Park spot check, an interview with professional bike thief KOP and a little race report from the AK in Veldhoven. We can almost put these 'zines in a safe place for good. Two more issues to go online. 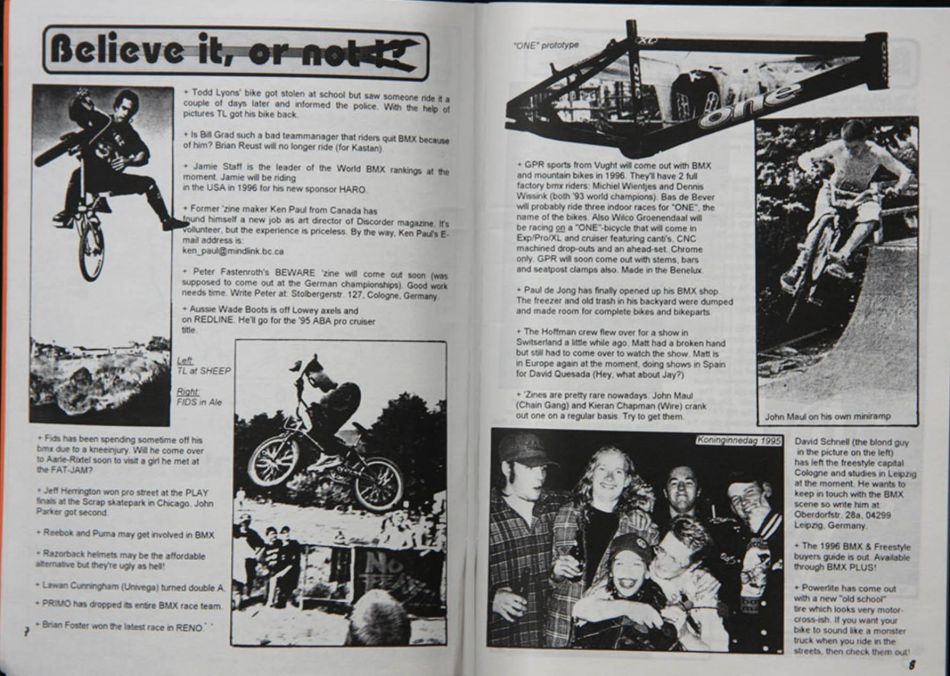 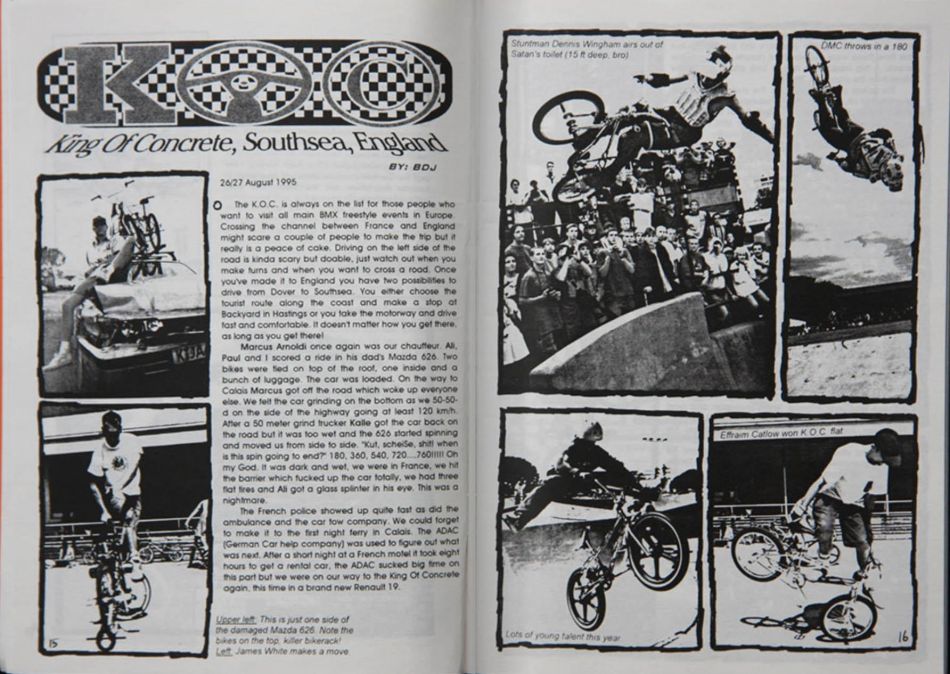 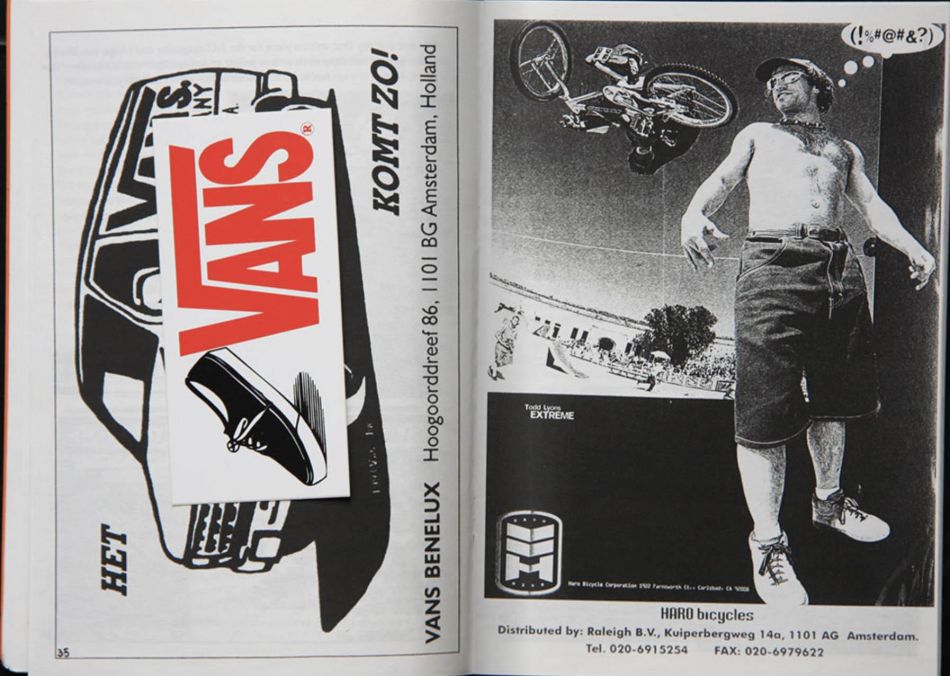 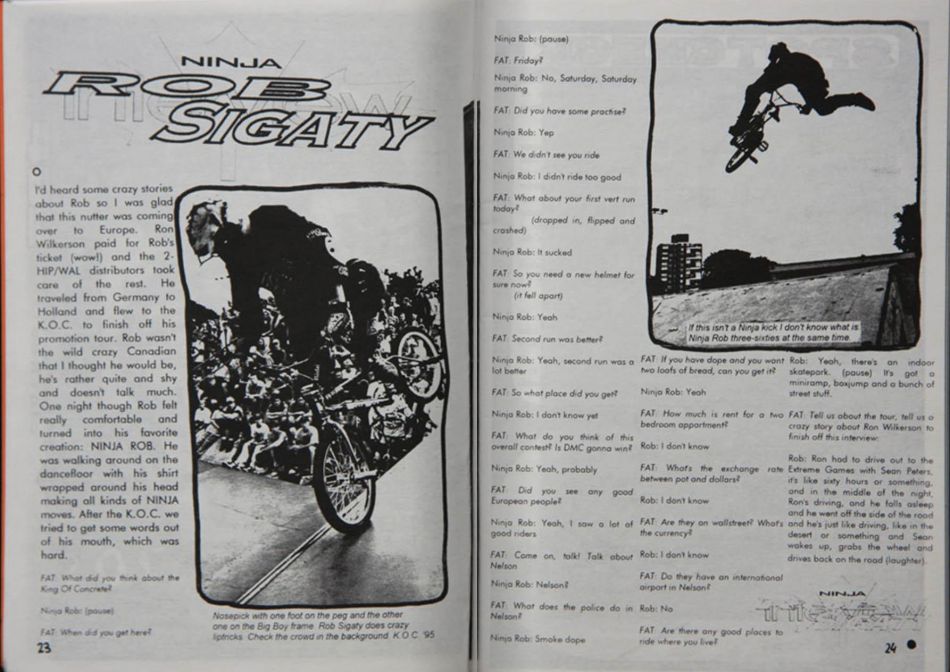 More in this category: « Mark Noble interviewed about his Emulsion BMX book The Union tapes. Episode 7 Craig Campbell teaser. Origins of the 540 wall ride. By Volt BMX London »
back to top