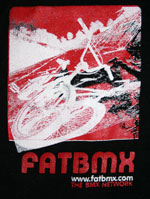 Are you keeping up with all the FATBMX updates?

Have you bookmarked this site?

Is it your start-up page already?

Now show your appreciation and order one of those limited FATBMX T-shirts.

We've got all colours as long as it's black. -Sizes are: Medium, Large and XL. 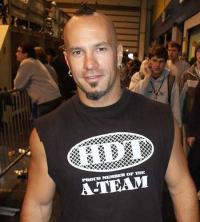 Todd Lyons was one to the first riders I remember getting his own name registered for a website. I was laughing at the www.toddlyons.com stickers on his bike at the time because it seemed out of place for BMX-ers to have a personal website. Well, times have changed and it's now common to stumble across riders' sites. What makes TL's site good is that he does regular updates talking about the Bikes, the Beers and the Bitches. His January 28 Journal is about the FATBMX site so we thought you might want to read it. [url=http://www.toddlyons.com/cgi-bin/newspro/fullnews.cgi?newsid1106929044,68224,] Check the FATBMX article on Todd Lyons' website[/url]
Read more
News 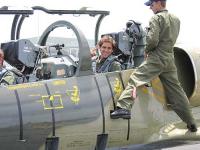 Australian HARO rider Luke Parslow won the X-Air dirt jump comp in NZ. A huge crowd witnessed Luke's first major competition win and he beat a strong field with the likes of Nyquist, Bohan, Guettler, Mackay. Ryan Nyquist finished 3rd behind Guettler. His sponsor Repco Sport were so hyped about Luke's win at X-Air that they shouted him a flight in a Mig Jet Fighter! But Luke wasn't so happy after the flight feeling the effects of the 4G turns.
Read more
News

January 2005: Bart arrives in San Fran for the SX

Oh boy, it's getting close. The Supercross of San Francisco is starting tomorrow. It's 23:30pm at the moment and I'm typing this from a groovy hotel on Grant street in downtown SF. The stadium is down the street and it has been raining a lot. This race might turn into a mud fest but I'm okay with that. Riding a supercross track in front of a sold out crowd sounds like a challenge to me. Look at the starter list for the other participants; Vanilla Ice, Cab, Agah,
Read more
News

January 2005: Slayer and VANS are rocking 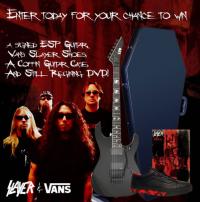 Slayer Old Skools Coming Back In Stock Due to overwhelming success, the Slayer Old Skools are headed back in stock in April. Make sure to be the first to get in on these Old Skools and check out the updated Slayer microsite with new streams, videos and buddy icons to download. There's a competition going on with cool prizes to be won so you might as well throw some Slayers in the air and click the link listed here: [url=http://www.vans.com/slayer/]Win some Slayer stuff[/url]
Read more
News 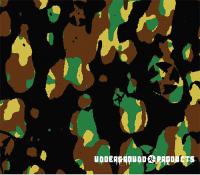 Press release: Dear Roots Jam Riders and Family: First, let me say thank you so much for all the emails and questions about Roots. I know all of you have been waiting for dates and info for 2005. Well, we are changing things up quite a bit this year and there is a lot of new news so read closely. About a month ago we discovered a major scheduling conflict with our
Read more
News 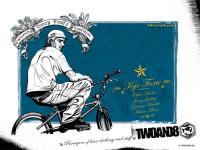 Adi over at TWOAND8 sent over some news regarding the team: There a few congratulations to be mentioned for the boys. Kung is having a baby, well his girlfriend Kerri Edgworth (Scott’s sister) is. I think they’re due in March so it’ll be kungDAD not kungDOG. Graeme Hardie has decided to make an honest man of himself and is now engaged to long suffering girlfriend (She must be a saint). Kye Forte has taken Graeme’s lead and is now also loved up and engaged to the lovely Gemma. Leo Forte isn't engaged but he is rumored to have passed his driving test. No idea what vehicle he’s gonna be driving but I think it should get a goth make over or at least red velvet seats and black paint.
Read more
News 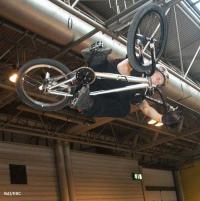 Press release: THE BIKE SHOW RIDES ON TO NEW TURF The Bike Show 2005 â€“ the UK’s biggest & coolest bike show is about to drop in to a new location! The show, now in it’s 10th year, will celebrate it’s anniversary by skidding into a monumental new venue - Stoneleigh Park, Coventry, offering both indoor AND outdoor space for competitors, exhibitors and visitors.
Read more
News

January 2005: HARO Signs on with FATBMX

We would like to welcome HARO Bikes. They've signed on as a supporter of FATBMX. HARO makes a montly newsletter that we've browsed and decided to run right here: - Over in the UK the first contest of the year took place in Birmingham at the Epic park. It was some sort of team contest so Team Haro (UK) entered. Anthony Pill (HARO Europe) reports:We got first place in the main event. Ben Hennon got first in 'best trick anywhere in the park'. Ben Manual won 'highest fakie on the vert wall' and I
Read more
News

January 2005: Pimping rides in the USA

Everything is bigger in America, and also the wheels of cars. While walking through a parking lot at the Anaheim stadium I decided to take some shots of some dope rides. Dub's, spinners, flames, nothing is too wild for the crazy Americans. Enjoy the photo's or just move on to the next article. Bart -
Read more
Page 800 of 805