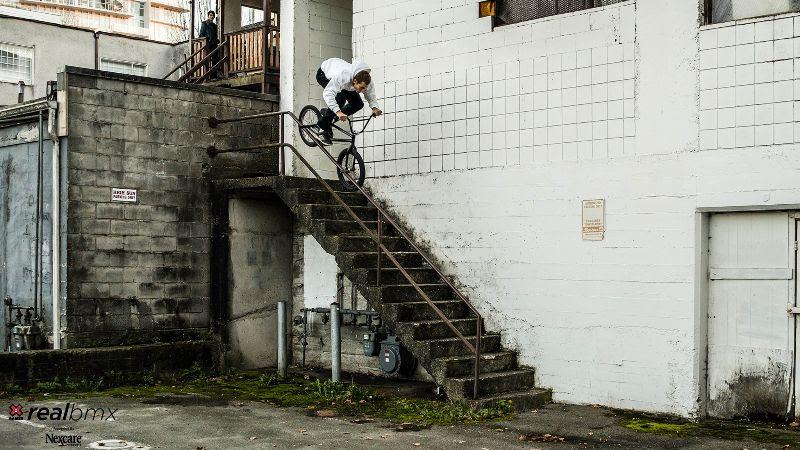 The Real Series Presented by Nexcare™ Brand’s Real BMX launches today, May 15, with six never-before-seen BMX video parts debuting on XGames.com. A full World of X Games episode will air Saturday, June 1 on ABC, featuring all six video parts, behind-the-scenes footage and athlete interviews. In each Real Series competition, athletes and filmer/editors form two-person teams to produce a never-before-seen video part in their own unique style. Each part debuts on XGames.com, where fans can watch and vote for their favorite video, and is celebrated across X Games social platforms. The competition culminates in a one-hour World of X Games episode featuring all of the

contest's video parts, as well as behind-the-scenes footage from a selection of the medalists and competitors.

The six Real BMX athletes and filmers competing are (hit the links to see the videos):

What began in 2010 with the debut of Real Street has expanded over the past 10 years into a five-sport competition series featuring next-level, original action sports video parts. The Real Series presented by Nexcare™ Brand now includes Real Ski, Real Snow, Real Street, Real BMX and Real Moto. The 2019 Real Series returns to the World of X Games content lineup on XGames.com and ABC, each competition will feature past Real Series winners and Fan Favorites, X Games medalists and up-and-coming athletes from around the world.

More in this category: « Canet en Roussillon, France the first FXS stop, this weekend! FISE WORLD SERIES MONTPELLIER More BMX than ever! »
back to top