Written by  Bart de Jong
Read 2949 times
Riders work hard to qualify for Dew Tour and, as reality would have it, not everyone makes the cut. Either they can’t make enough of the qualifying events or they just can’t get it together during competition. Dew Tour offers wildcards to talented riders for the pro stops – giving a lucky few a second chance to step it up. Orlando is the final stop on Dew Tour and is now known as the blow-out stop. It’s the stop where no one holds back, as everything is on the line and time is literally up. The wildcards have been announced for the PlayStation® Pro and by the looks of the list it is going to be balls to the wall competition, as these riders will come out of the gates on fire. Included in the wildcard list is BMXer Mike Spinner, winner of this year’s Free Flow Tour. Part of the prize for winning Finals in Portland, includes wildcard entry in Orlando’s PlayStation® Pro competition. The amateur rider will now follow in the steps of last year’s Free Flow winner Kevin Kiraly  who is a rider on the Dew Tour this year. 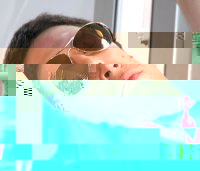 Let’s take a look at the wildcard faces we’ll see in Orlando – fresh and feverish for first.

More in this category: « Dirt Jumping clinic at the G-spot in Trier, Germany Who grabs the 10 grand? »
back to top