Written by  Bart de Jong
Read 8512 times
Bonn, August 2nd, 2006  T-Mobile goes BMX.  The cellular phone network broadens its existent engagement in cycling and gets involved with BMX sports in terms of national and re-gional support. The rebeljam in Berlin presents the ideal platform. From this summer on T-Mobile Germany gets in the national BMX scene and wants to support the twenty inch community targeted with helpful arrangements and push BMX sports forward in Germany. In the past US heroes like Ryan Nyquist and Dave Mirra have been already supported by the cellular phone network’s US sister com-pany. Through this support T-Mobile also previously attracted the German scene’s attention.

One of the first among counted arrangements is the support of BMX halls and spots: The Tretlagerhalle in Emmering got a Monster-Box, which was successfully inaugurated at the Country Bikes Contest on July 24th - 25th, 2006. In the BMX Park in Darmstadt T-Mobile provided a new ramp combination. The Playground Hall Aurich, the Roof BMX-Halle in Berlin and the Abflughalle Grevenbroich are also being backed up and are busy constructing their obstacles.

In addition to this local support, T-Mobile is also going to join the rebeljam in Berlin (August, 11th-13th), one of the most popular contests Europe-wide, as a partner. At that Andy Zeiss, organizer: “Having T-Mobile with us makes us very happy and completes the line of rebeljam partners perfectly. The rebeljam is one of the most popular international BMX contests and T-Mobile is going to integrate on location by expedient arrangements.” 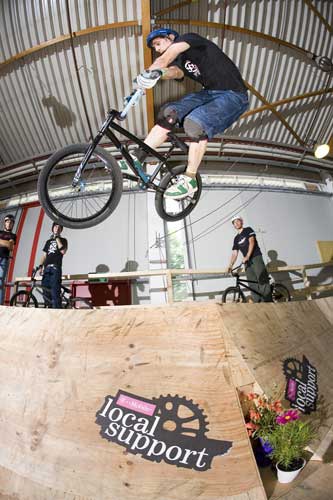 So all invited drivers, among others Gary Young, Ryan Nyquist, Luke Parslow, Ryan Guettler and Tobias Wicke are going to come into a wireless support by T-Mobile. The cellular phone network equips the whole contest area with W-LAN and provides four surf stations for direct internet access.

However there is also going to be a highlight for the stayed in BMX fans: On both contest days there 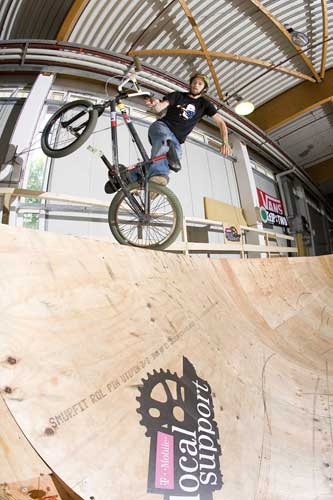 is going to be a video short cut of the respective day’s incidents, which can be watched in the evening on the rebeljam website (www.rebeljam.com).

For more than 20 years there has been BMX sport going on in Germany. Its mean-ing increased enormously, especially during the last two years. In the meantime the extreme sport has established and is being hold in high esteem by other athletes. By these first among counted arrangements T-Mobile gives a direction towards where the engagement within this continuously growing sport can go. Meanwhile there are bigger contests and more spectacular tricks, which would have never been considered five years ago. International events like Dew Tour in the USA, Red Bull Elevation in Canada, Backyard Jam in England and of course now the rebeljam in Berlin, are a proof for this development.