Written by  Bart de Jong
Read 7811 times
-We recently picked up some fresh faces on the team, Starting with Steven Woodward but there are more to come. You're gonna be seeing more of this guy for sure, itw? Ride video part? Who knows, but i did hear he'll be at x-games.

-We are going to open a shop in Cologne! Together with  from Janoschs bmx shop. That should be open sometime in January and everyone should feel free to call by.
-Hannu Cools will again riding at the 'Das Boot' contest over in Antwerpen. We also hope to be there, but i am not sure how much riding we will be doing...I 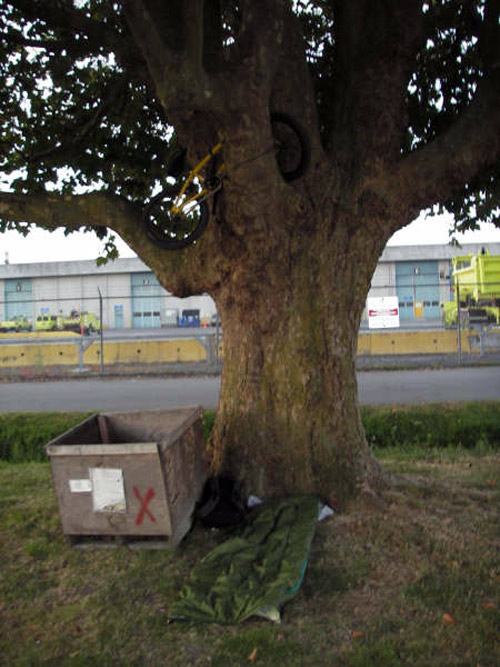 heard there was a party.

-The 2006 product should be available everywhere now, and to compliment that
we're working on a new web site that will hopefully go up before December.
Although with things like that I am not sure if one should hope about
anything...

-We have a brand new distributor in Columbia (BICICLETAS MILAN), partly to do with another newish face on the team...Alejandro Caro! A true representative for bmx and Columbia - and the man with more pans in Europe next year than I

can even comprehend... will be good to see that guy rip again. Alejandro has since been hooked up with Redbull! All good things which i hope helped him through his recent time off due to a blown knee...he even sent me a sequence of it happening! We are real proud to support this guy.

-Talking of new distributions....one of our French riders (Lilian Conry), his brother (Fabian) and Marc have gone independant and set up there own
distribution in France....Frenchies. We are of with them in the move and things are looking good for bmx there. 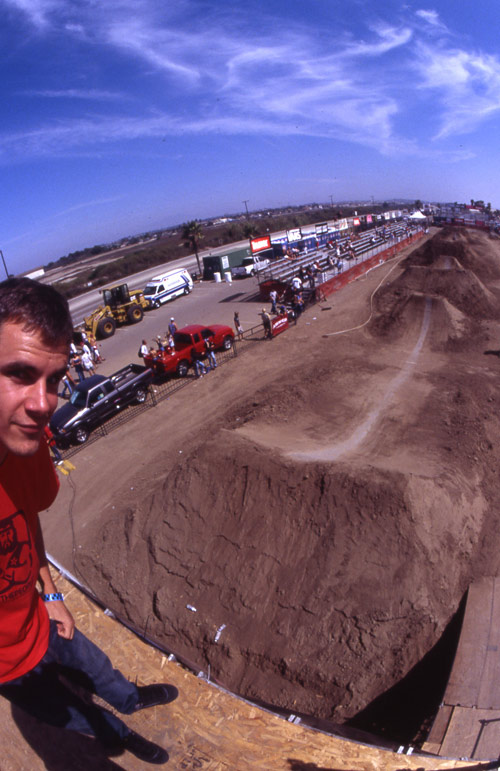 -Ricky Feather looks like he more than put his wrists to the test in his Sturdy Wrists article in the new Nov/Dec Dig#49 ...that boy has skills and we're proud to be on his side for the long haul. Could it be that he'll be featured on the new wtp video?

-Something about a new wtp tour...but I can't tell you more about it yet.

-Max Gaertig is set to become some kind of top banker and is talking about
all things Luis Vitton, but he lost me after a bit, i don't have a clue about that stuff. Whatever happens he will also be featured in the new Animal and Skavenger videos due out soon. You can also check out 'his' advert in the latest Props#58 ... He is pretty hot right now no doubt. 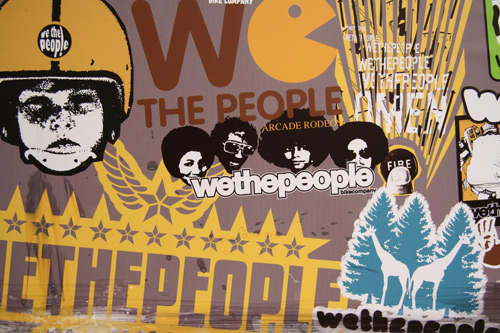 -Ashley Charles will be out of things for a short time as he needs some work on his knee after repeated problems both before and definately since the Italy tour. Take it easy Ash, be thinking of you.

-Will Jackson is finding out what it's like to be married (it was October
8th), congratulations to him and his long time girlfriend Joanne. 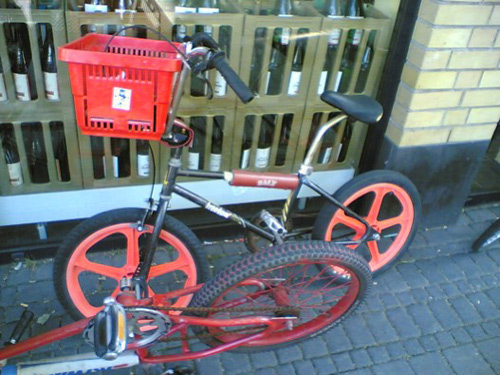 -Damien Croce was also married not so long ago! and Dave Manconi did both.... the second part being that his child was born recently....congratulations allround.

-Clint Millar also had a baby...but his looks like a frame. Yes he finally has his
signature model out. Custom lengths and such available only in Aus, but for
the rest of the world it's looking like this....20.6 in a host of rad 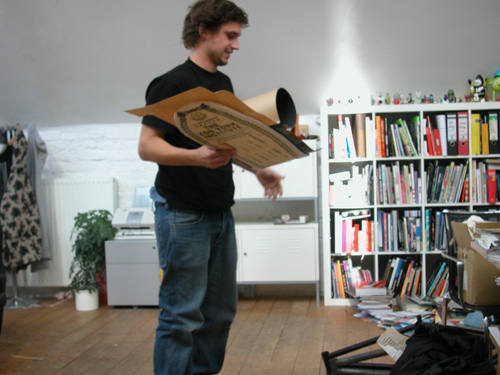 colours painted on a stiff sanko double butted (where we could) frame. A
cool 2.37kg and designed with Clints experience over a period longer than
most have been riding. Check all the specs on the wtp site.

-Tobias Wicke has decided to use all of his winnings from the recent LG games (he got 1st!) to buy his favourite German restaurant at the end of the
road...now he can eat his favourite Lamb Haxe with Claudia whenever he
wants. He might also be at the Abeville contest in Northern France. That event
is in the hands of John Petit, innovative concepts, friendly and set to be abig one - "weekend warriors". 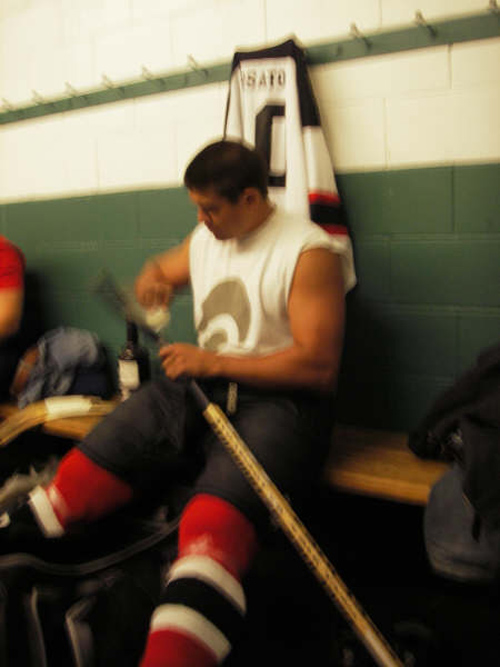 -Hannu's first trip to Metro jam also brought him his much loved (but
unplanned) experience of sleeping under a tree with his bike stored safely
above him in the branches....hannuman.

-Dave Osato's Signature Primate frame went back on the scales for 2006...and suprised us all.....2,439kg. I'm pretty certain that it doesn't mean that you'll be able to go out and win best trick at the next backyard like he did, but it might help. Nice one Dave. 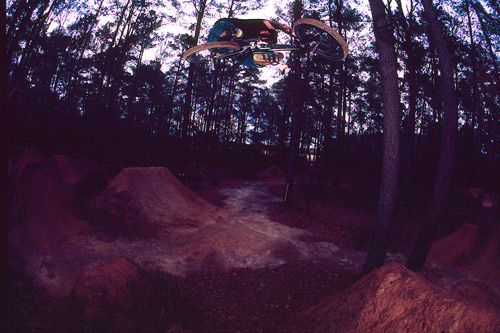 -Travis Collier and Stephen Lilly....i thought that my halloween plans were
ok until i saw the photos from these guys. Something tells me that someone
likes dressing up.....yes they do.

-TripleSix, our distributor in Australia are working on and nearing completion of their own video...since wethepeople are a force to be recond with down there it should be a hammer video. Clint Millar, Pete Radivo, Nick Richardson and Nick Cooper are more than capable. I've 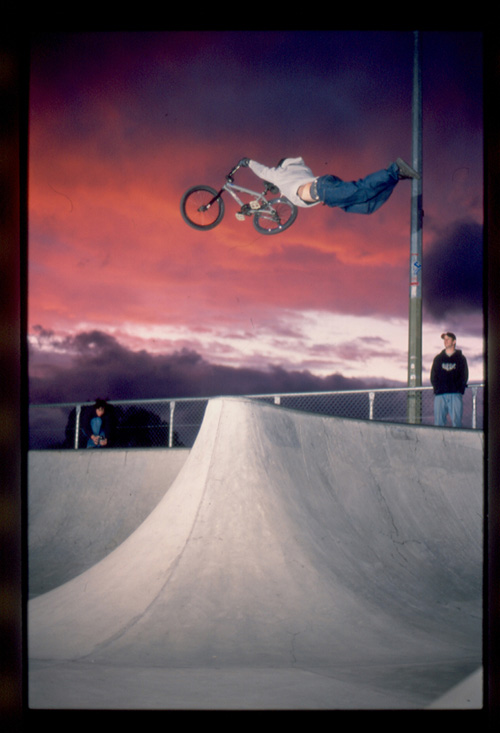 already seen some clips and there is stuff i have never seen before anywhere....keep em peeled, ally-oop tailwhip walltap over a box?  In the mean time the TripleSix/2020 '06 collectors calender is looking good, Photography from Chris Polack...check the Pete Radivo shots.

Those guys also laid down another banger at the recent Sidney trade show with this Cheve C10 lowrider pickup and wtp 06 completes.

More in this category: « Film, Camera, Action! NKE6.0 Media Apprentice JamSram in SouthWest part of Germany »
back to top