We Were Rad. Yes we were. 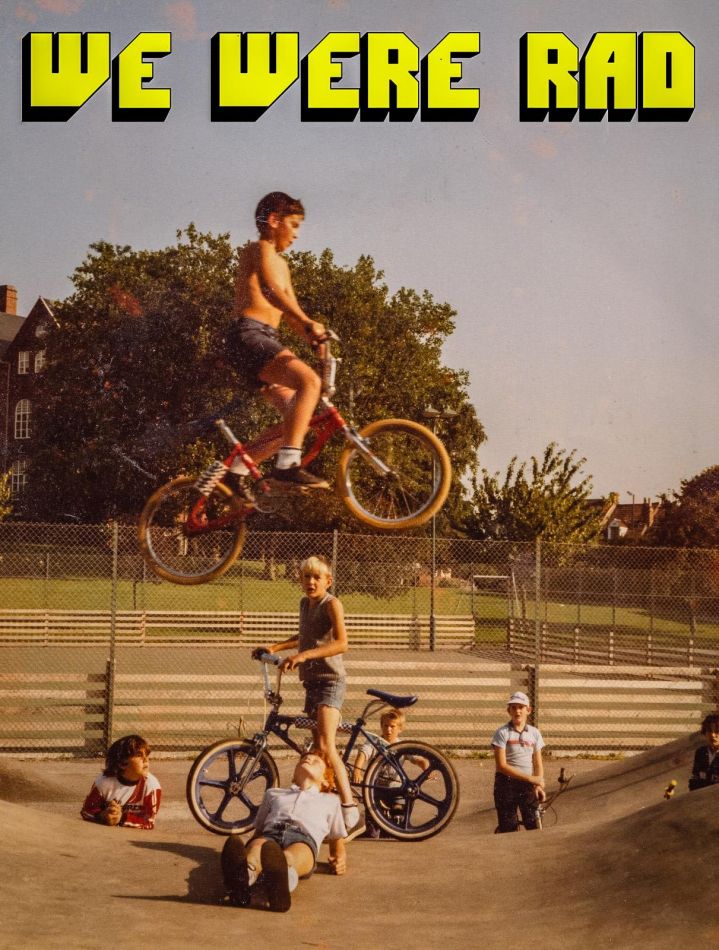 Title of the book: We Were Rad

How long was the thinking process before you decided to get to work on the book?
We Were Rad: It was a pretty fluid process. We originally made an Old School style ‘Zine’ where we interviewed BMX Royalty such as Bob Haro and Andy Ruffell. This gave us the confidence and the bug to be creative. At the time social media was blossoming and every day new unseen images were appearing. These were the untold story of the kids on the streets, like us. We immediately all felt that these images and stories needed to be collected and told. We Were Rad was born!

wait to see what people sent in? 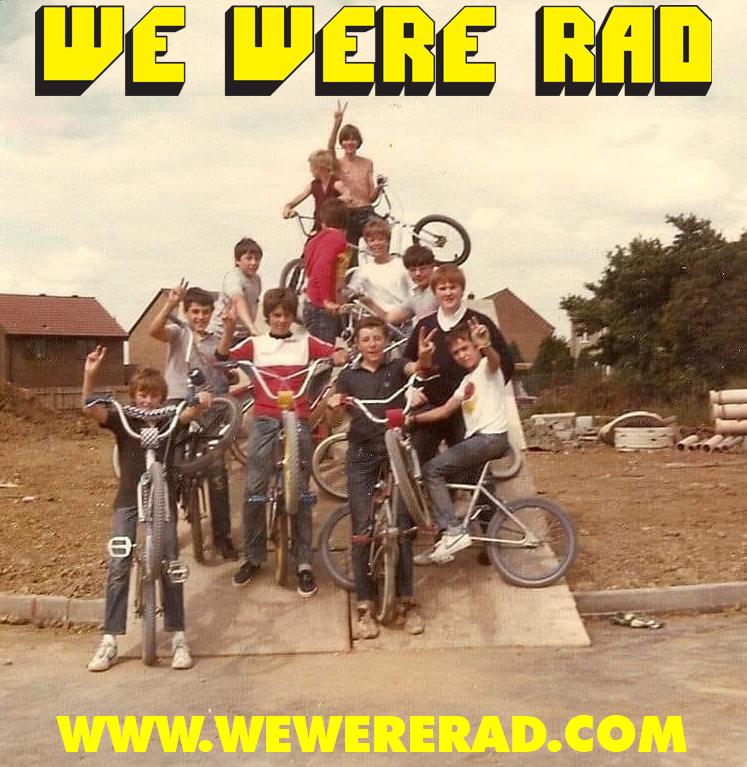 We Were Rad: We honestly had no idea when we started just how many people had collections of amazing photos that simply needed to be seen. We set up our We Were Rad Book Submission Facebook group and invited people to share their memories and images. The response was overwhelming and incredible. We now have an archive of over 15,000 images.

How many days have you spent scanning images for the book?
We Were Rad: It really is impossible to know, but over four years collectively we spent hundreds of hours. Strangely, the COVID pandemic worked in our favour. Lockdown gave people the time to search in lofts, basements and sheds for those long-lost photographs which hadn’t previously seen the light of day for years. Some people were helpful enough to scan their photos for us. Others like Old School legend Geth Shooter entrusted us with their personal collections that we scanned and returned to them. 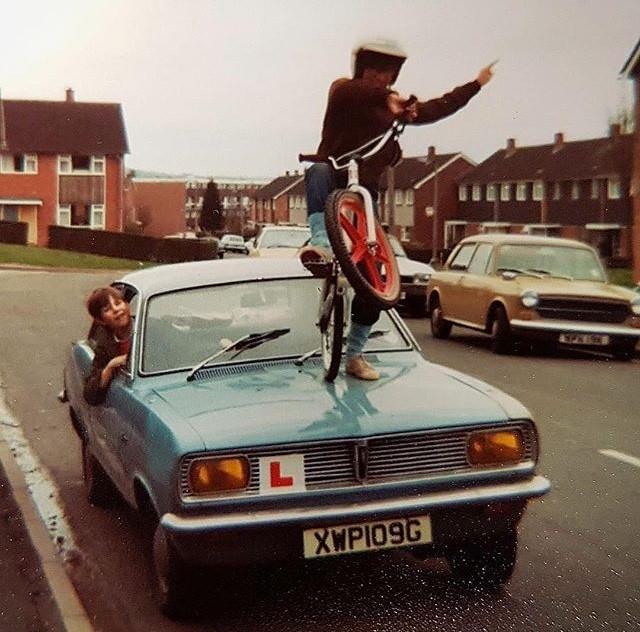 The pics probably had that '80s feel to it which didn't need a certain filter?
We Were Rad: The beauty of the majority of the photos was that they were taken by amateurs on a whole range of cameras. This led to a wonderful array of different photos with varying degrees of patina that just screamed the golden age of BMX. We tried where possible to use the photos in their natural state to get that true 80s feel.

Once digitized, how did you proceed from there? Is there a certain structure in the book?
We Were Rad: From the images and stories we collected, we created a narrative that would tell the story of BMX in the UK. We started with how people fell in love with riding. We then moved onto the early days of BMX, the exponential growth of racing and the birth of freestyle. Running alongside this was the 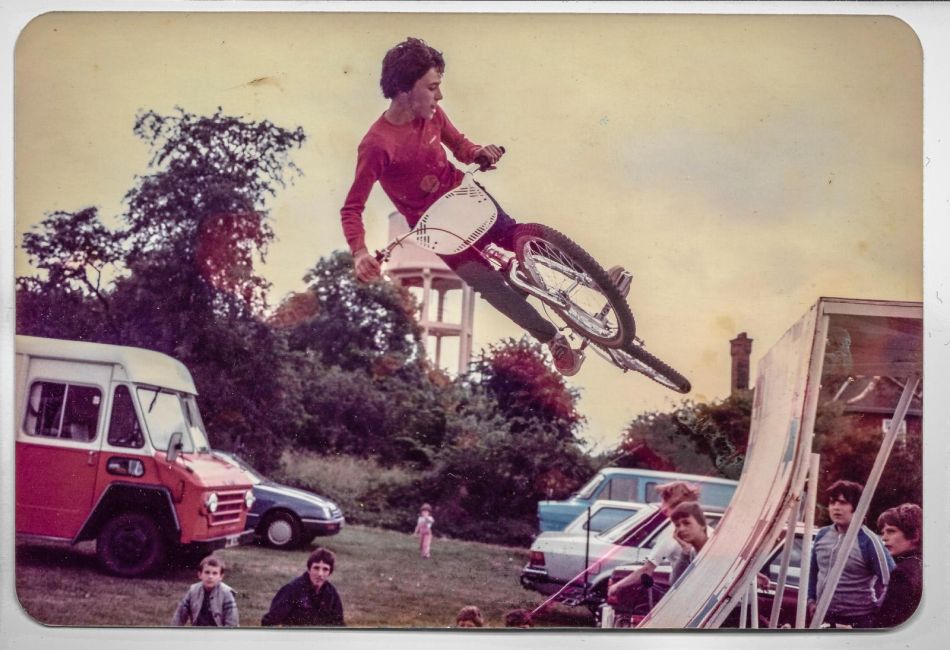 previously untold story of the regular kids who built their own ramps, tracks and got Rad in their neighbourhood streets. The 80s were an amazing time for youth culture, fashion and music. The likes of Breakdancing and the Football Casual movement for most of us in the UK were inextricably linked to BMX. We wanted to record this story.

Did you get help from others?
We Were Rad: We painstakingly chose every image and line of text on each page. For the majority of the book, we decided on how each page would look. We spent many long nights arguing over every image that made it into the final book. We also had the help of designer Ian Roxburgh. Ian had worked on R.A.D (Read and Destroy) Magazine and instantly got our aesthetic. We can’t thank Ian enough for his hard work and patience. We definitely weren’t the easiest clients to please! 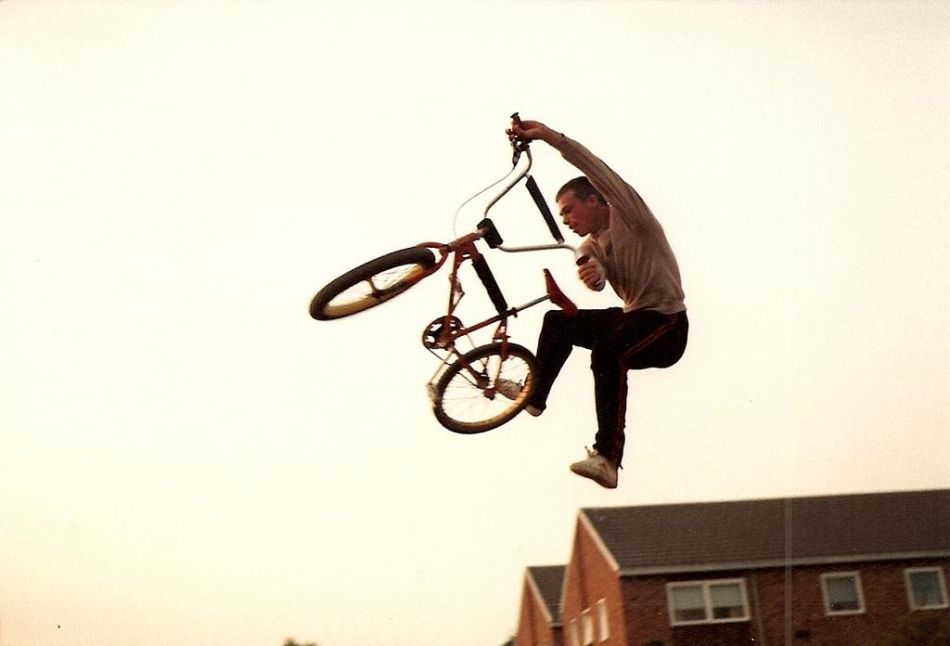 Is the book your story of how you lived BMX?
We Were Rad: The book contains the recollections of over 400 different people. Our story was very similar to those we interviewed. We were average kids on average bikes who just happened to fall in love with BMX. Even the memories of some of the World, European and British Champions echoed those of the unknowns in their joy of simply riding BMX and getting Rad. 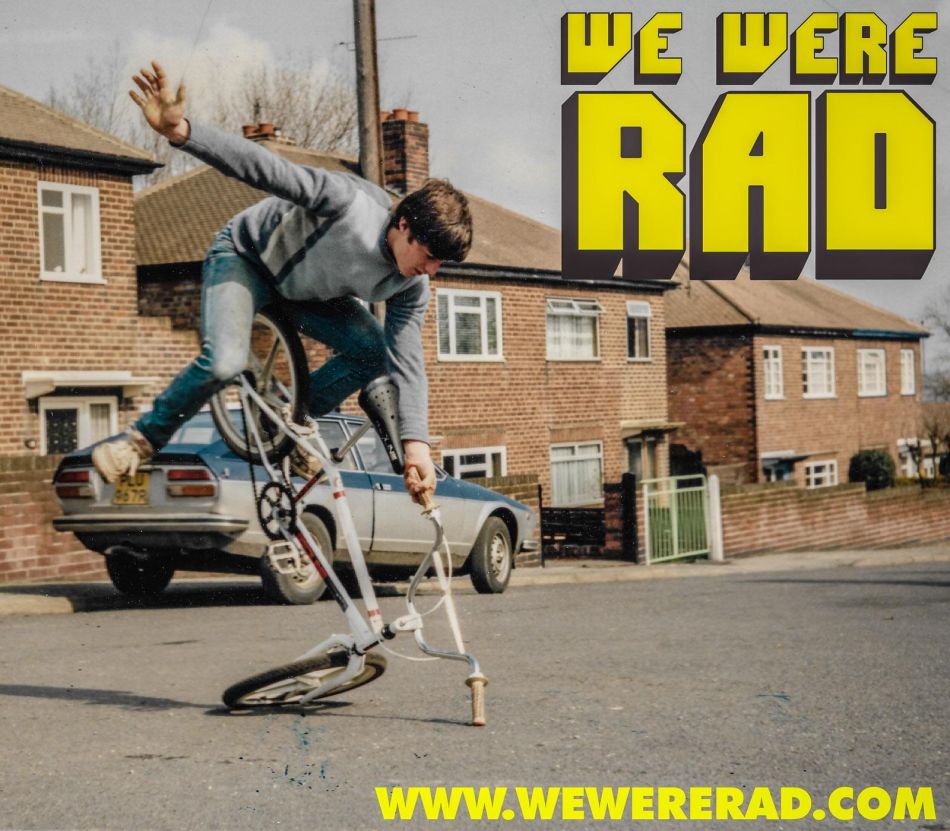 How does it feel to have been part of BMX' when it was booming?
We Were Rad: It really was an honour and a privilege to have been riding in those times. You really felt like you were part of something special. BMX evolved rapidly and progressed from week to week. There was always a new trick to master, a new bike to aspire to and an ever-expanding list of parts to trick out your bike with. BMX was everywhere and meant everything. There were always the kids that were into Football or Cricket, but the cool kids had a BMX. They were on every estate and could be seen on every street. There was always somebody riding or building ramps. They were your tribe. 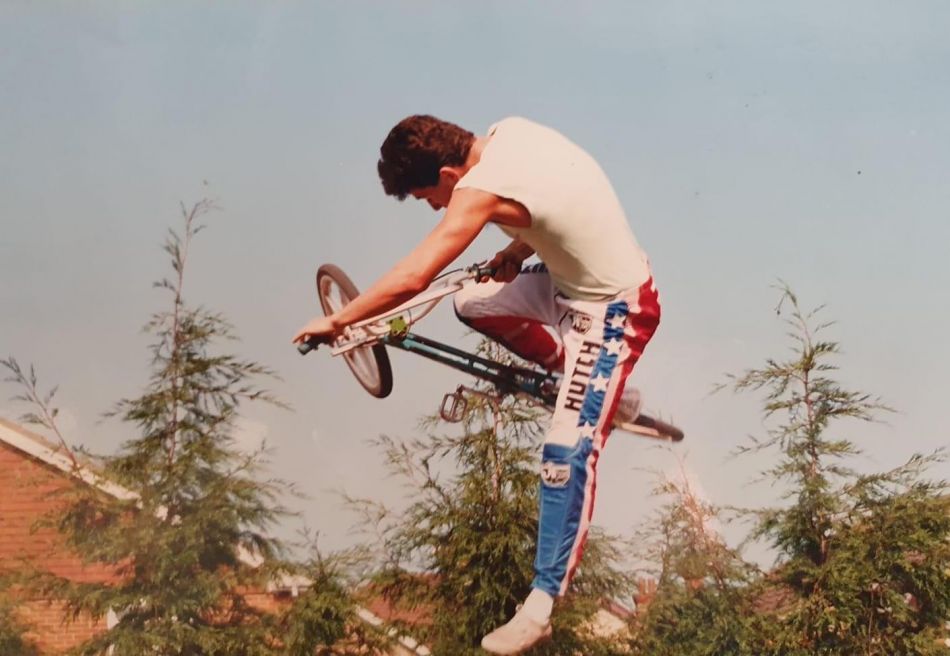 How often do you run into people of your age that also "rode BMX"?
We Were Rad: In the UK there is an ever-expanding scene of Old School riders and rides. At our book launch event at Rom Skatepark in April there were over 400 people who rode back in the day. Living in the North West, we are very blessed to have a large and loyal community of old riders. For them, like us the love of BMX has never died.

Is the book a personal project or more a way to document BMX as it is/was? 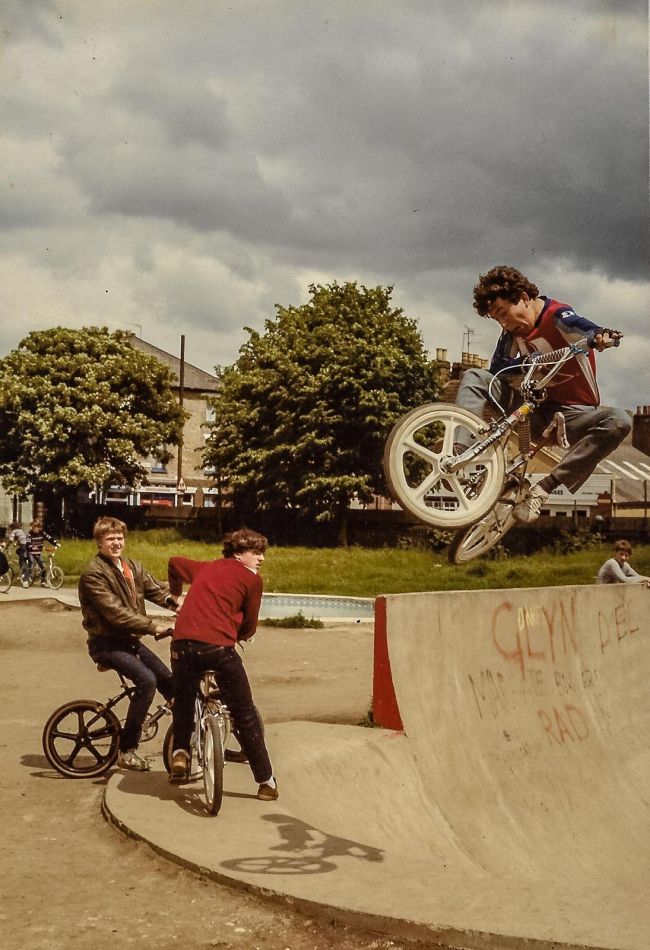 We Were Rad: We thought it was vital to preserve these images and memories before they were lost for all time. Several of the people interviewed in the book have since passed away which reinforces the importance of what we have done. The book tells an incredible story of inclusivity and diversity in an era where this wasn’t usually the case.

Did you come across pics that you forgot about?
We Were Rad: Even though we received thousands of images, we loved every one of them. It was such a shame we couldn’t include them all. We made a private competition amongst ourselves to see if we could find a picture worthy of the front cover. Many came close, but none could ever beat that of ‘Ramp Mum’. This iconic picture was kindly donated by the Newsholme family. In an instant it sums up the essence of our book We Were Rad! It also reinforces the narrative of the importance of family in 80’s BMX. We all had or wanted a ‘Ramp Mum’. 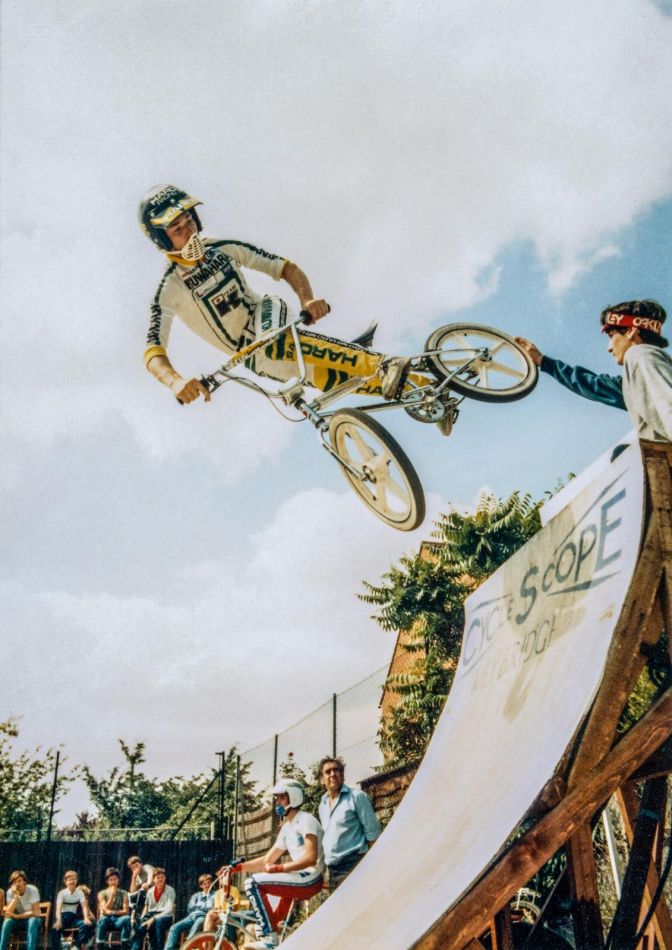 Did you find pics that had spots in them that you did not know about?
We Were Rad: Completely. Every City, Town and Village had natural or constructed riding spots that were amazing. We had no idea that the majority of these places existed. We tried to include as much geographic diversity as we could.

Who supported the book?
We Were Rad: We are forever grateful for every person that allowed us to use their words and images. Without them, this project would have never taken off the ground. The UK Old School scene has been amazing in its support for us. They have been rooting for us since day one. At the same time we cannot thank enough all the Old School legends from both the US and the UK who believed in us enough to give us their kind words, previously unheard stories and amazing private and personal photographs. The support fro 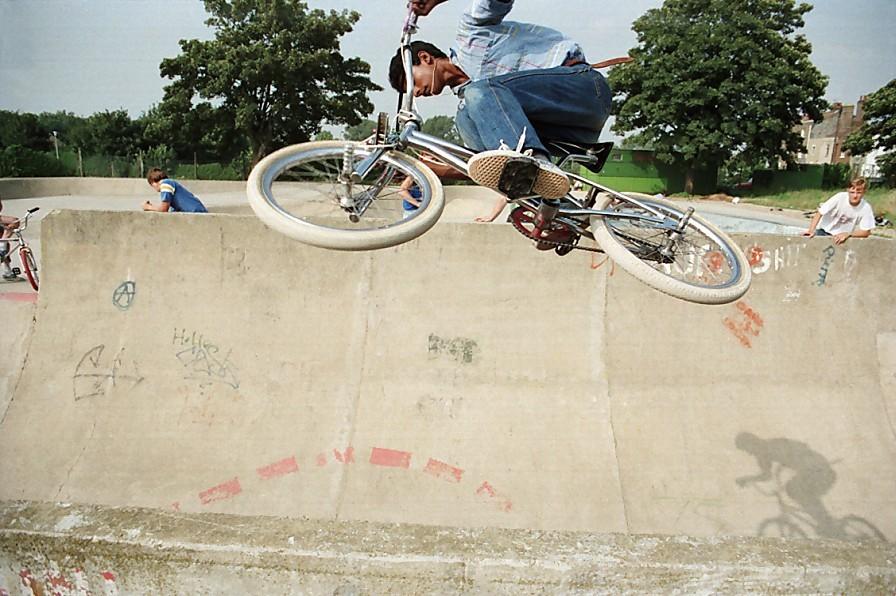 m around the world has been incredible. We have connected with people from all continents. That is the appeal of this book. Those that have a connection with either the 80s or BMX have instantly fallen in love with the book.

How hard was it to put a fair price on it?
We Were Rad: We never wanted to cut corners with the book. We decided to make sure that the images were seen in the best way possible. We chose to have the book printed in Lithograph, and to use the highest quality paper for this reason. When putting the book together ideas about cost were never considered. We felt that we wanted to make the best BMX book of all time. We would have even made a loss if it was the only way to get this book made.

How was the feedback on the book from your audience?
We Were Rad: The feedback from the general public has been unbelievable. The love has been overwhelming. The same can be said for the old legends. One rider told us that we hadn’t just created a book but that we had literally created a time machine. The appeal of the book has reached far and wide. W 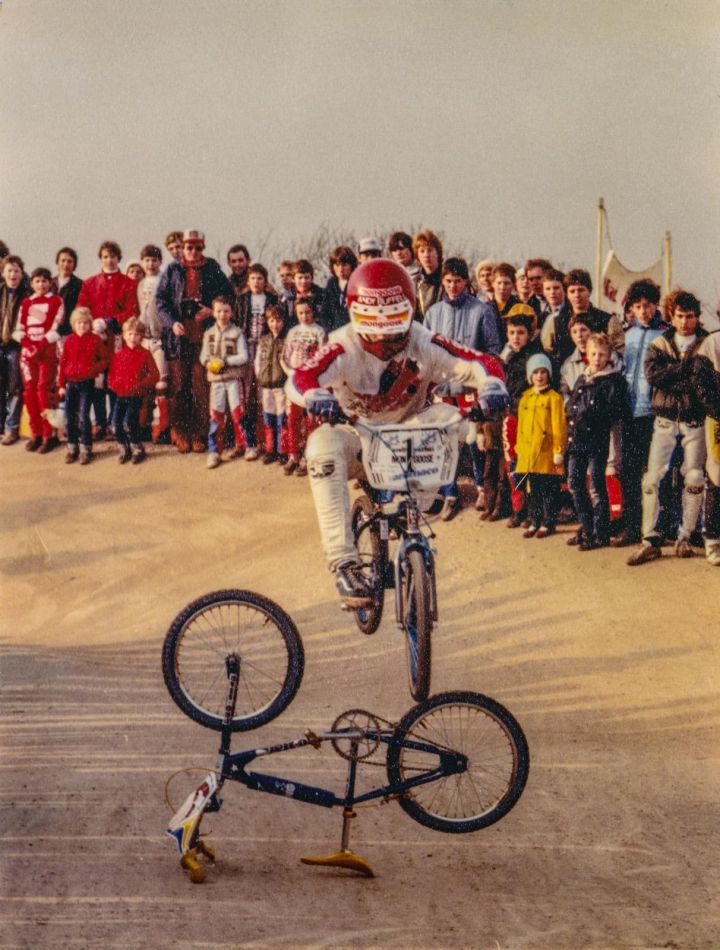 e have appeared in the Sunday Times, The Daily Mail and on National BBC Breakfast Television. The book has been so successful that Raleigh UK have recently approached us and we are in the middle of a Raleigh X We Were Rad collaboration project.

We have also been honoured to be part of the organisation of the first UK BMX Hall of Fame, taking place in November 2022. We are helping to organise one of the special awards.

Do you think you could do another one in the future?
We Were Rad: We feel that we are duty bound to create at least a second volume. There are so many stories and photos that didn’t make it into the first book that really deserve to be told and shown. We’d also like to potentially in the future expand to tell stories from other countries. 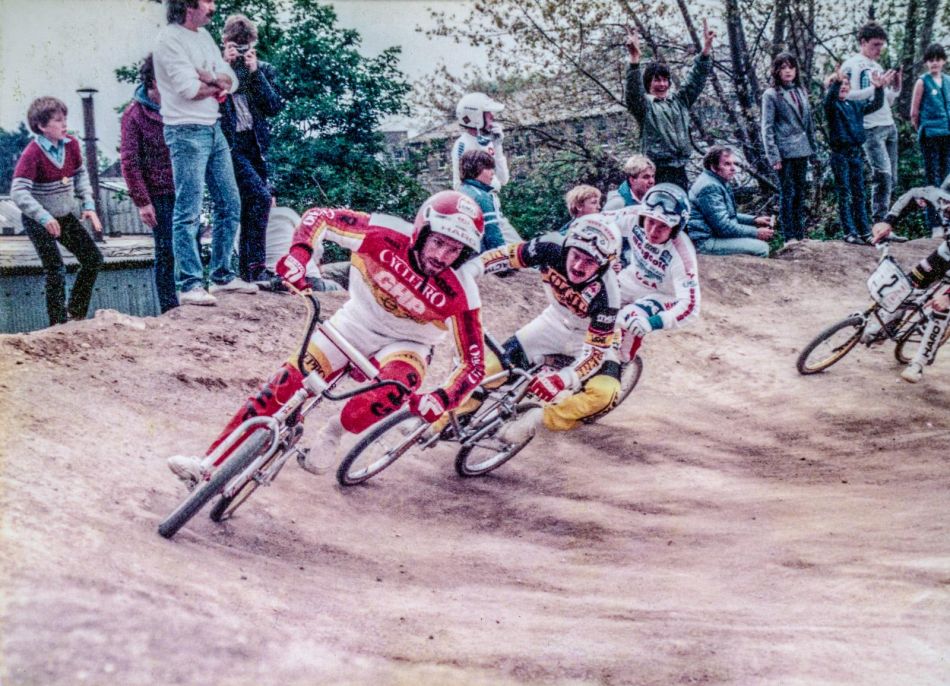 Have you run out of copies?
We Were Rad: We completely sold out of our original print run. We have done a re-print which is currently in stock and for sale.

Where can people find more information on the book?
We Were Rad: Our website wewererad.com gives more background information about the book. The book and merchandise can also be purchased from here. The website shows the many events that we have attended in the last twelve months. 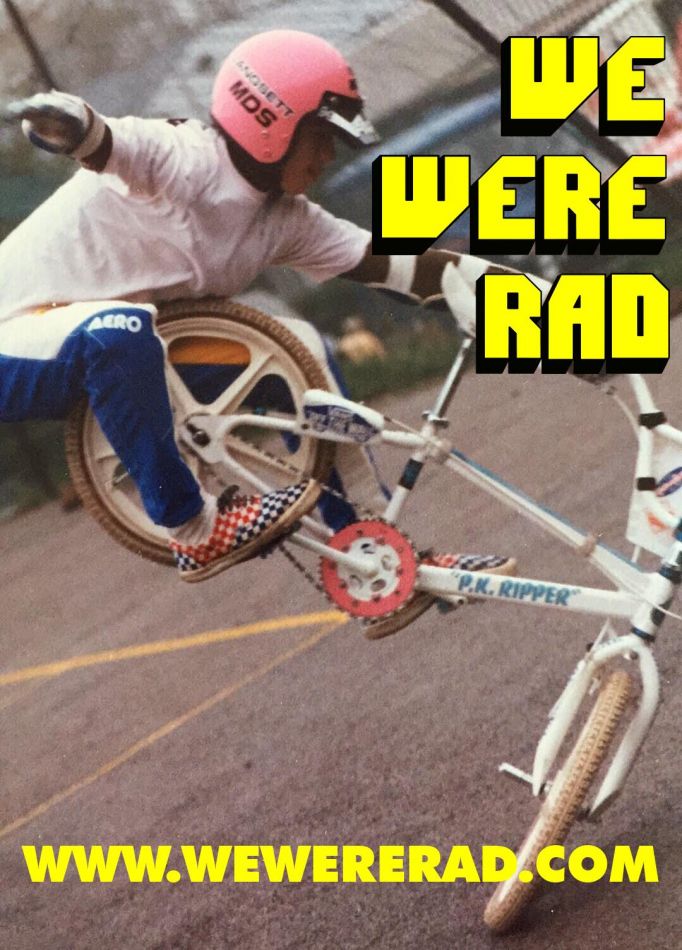 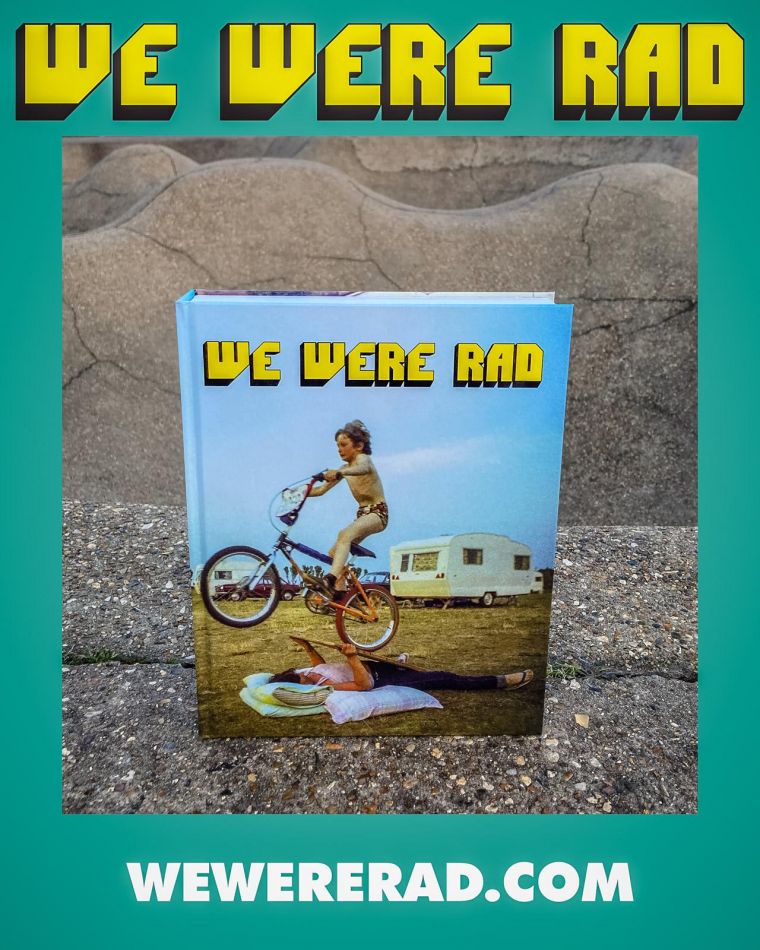