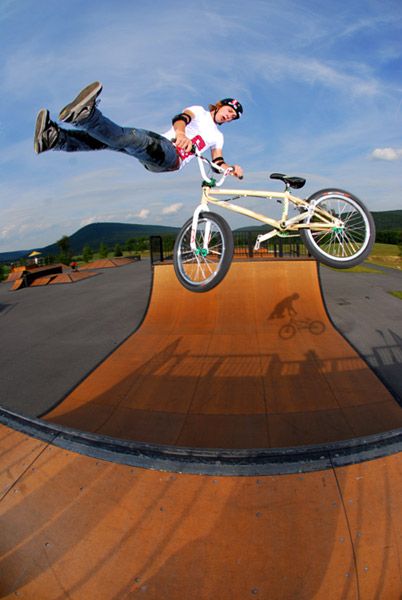 You do get some flow from several companies, do you still go shopping or has the time at the mall been reduced now that you get free stuff from Nike and Levi's?
Ronnie: Hahah, ya it has definitely reduced, but I still go to the mall with some of my friends to get some food or just for the ride.. but I mainly just go for the best pizza ever hahha.

You ride for a German bike company, how did that work out?
Ronnie: Well it all kinda happened the first year I worked at Woodward Camp. I am really good friends with Matt Miller at DK/System and I talked to him like everyday for the whole summer online and one day he called me and was like "Hey I was wondering if you would try out 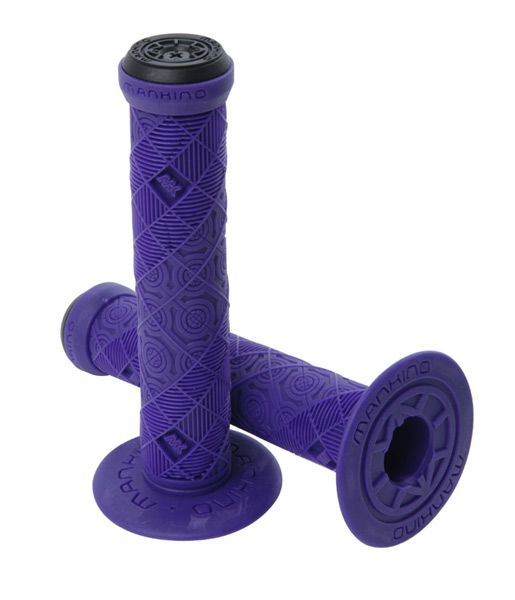 one of these frames we just got in. It's System's newest addition and we would really like for you to try it out" and I was stoked because my bike was falling apart at the time and Matt sent me the Mankind Archangel frame and all the other MK parts that were in at the time. I called him when I got all the stuff and he asked if I would like to be the first U.S. rider on the team and I was speechless. 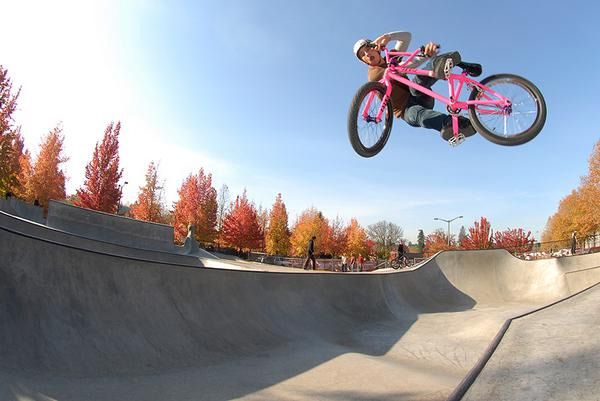 Your brother is "world famous," when is the last time you used his fame?
Ronnie: Hahahah, I really don't. I will just mess around with people that ask me if I am his brother and I will play dumb like what? 1? who?!? Then before I can tell them I'm joking someone is all; "ya you are" or something and blow my cover hahahha. 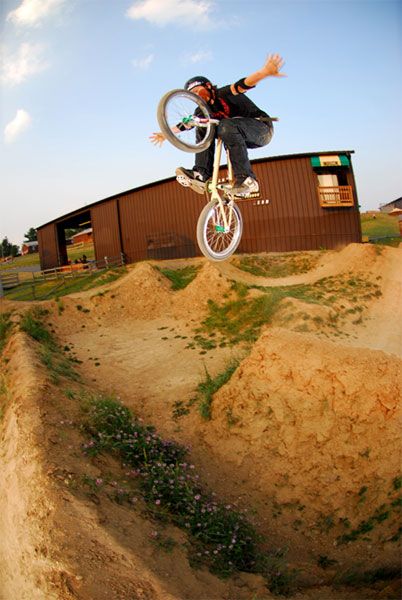 How was growing up together?
Ronnie: It was good, he would beat me up and I would cry.. Now I am taller and bigger than him and he really doesn't mess around anymore hahahh.. 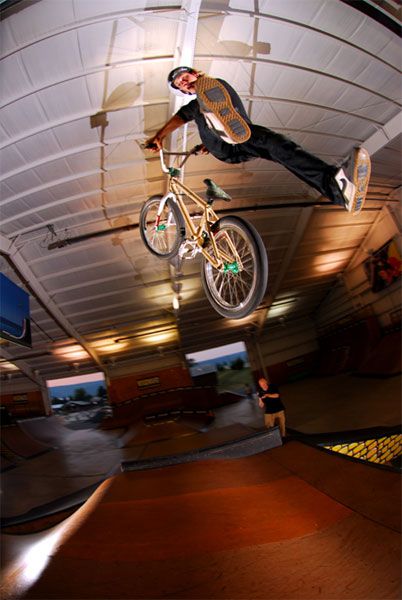 Ronnie: We are both not really that competitive. We will joke around with each other a lot about things but we don't really care.. Ron Thomas and I have a phrase that we will use against Anthony that if he can't do a new trick we will say "If the flow team can't do it. It can't be done " and we all just laugh..

Who's better at video games?
Ronnie: There is no competition there. I will kill him in any game any day.. hahaha 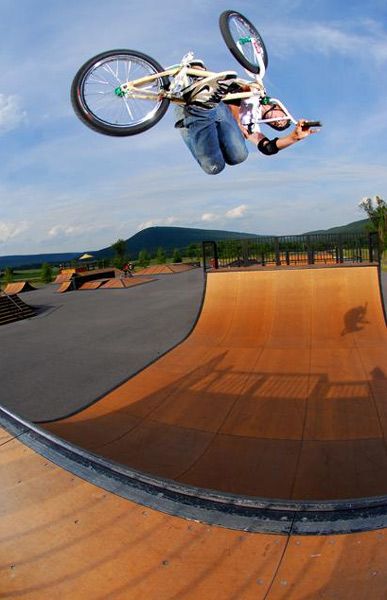 Who can do better inverts?
Ronnie: Also no competition there either, hahah but really I am having trouble with them lately and Anthony is stepping his game up..

Who pulls most chicks?
Ronnie: Hahaha well since he has a girlfriend that rules and sometimes does my homework (I hope mom isn't reading this), I guess I would have to say me..

You've been to Europe before but you're about to leave for Estonia. Do you like the travel part of being a sponsored BMX rider? 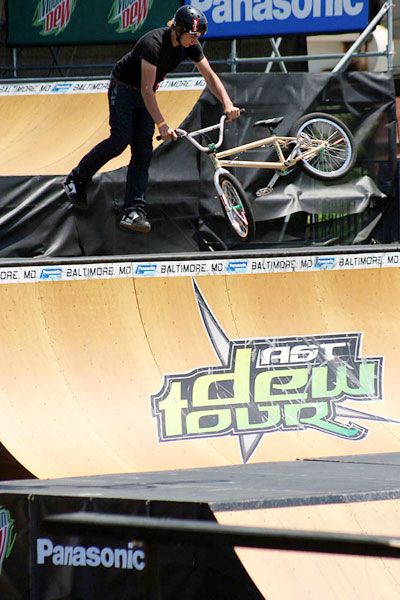 Ronnie: Ya I love it. It is so amazing traveling to places that I would never think I would be going to in my life and riding a 20" bike, hahah. Also you get to hang out with friends that you don't get to see much and meet so many new people every time you go.

What do you ride most?
Ronnie: I ride park the most for sure. I also love to ride trails and sometimes get street with it..

What do you think of the last two X-Games events having real street style courses?
Ronnie: I think it is pretty cool. I just for the first time in my life put on pegs and I am loving it.. I haven't done a handrail yet but soon, hahah. 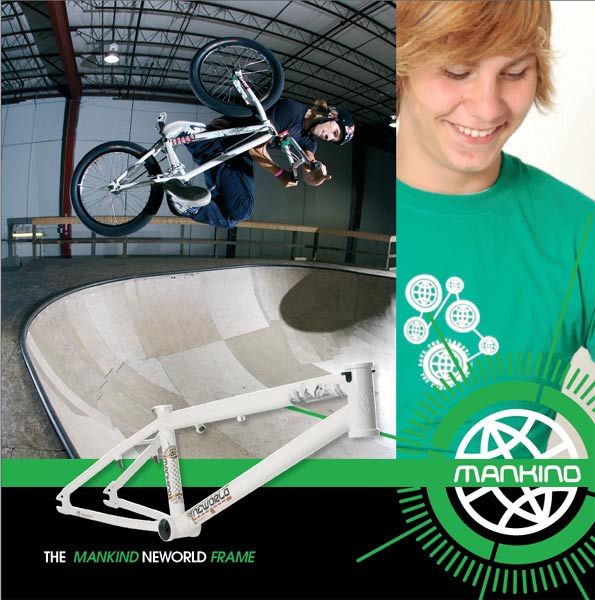 Where do you usually ride?
Ronnie: I am usually at Woodward because there is really nothing left to ride in Youngstown because the only real park we had closed about 2 and a half years ago...( R.I.P. Section 8).

Who do you ride with?
Ronnie: I usually ride with everyone at Woodward like Anthony, Jeremiah Smith, Jamie Bestwick, Will Thomson, Seth, and everyone else that lives here.

Thanks to: My mom Vickie and the family, God, Christoph at MK, Kathy and everyone at Levi's, Will and Steve, Jeana at Maxxis, everyone at Woodward, Matt Miller, Catfish, Mark at Nike, Section 8, Charlie J., Jeremiah Smith, and Bart for giving me this interview.... 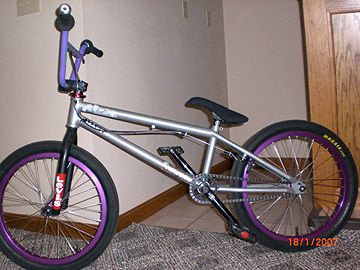 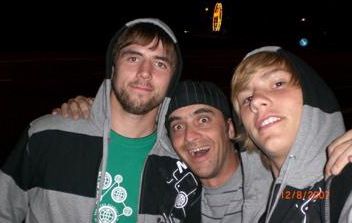