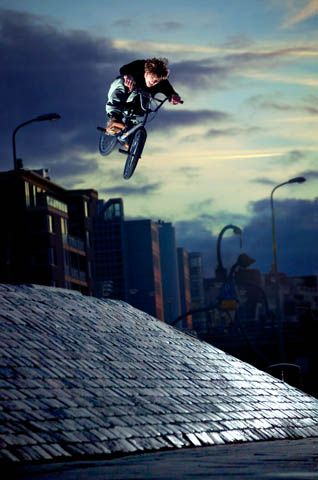 New bike sponsor, how did that come about?
Mark: A while ago in Vegas, a very friendly dude jumped in our van when we were on a roadtrip in California, knew him from the Simple Session a few years ago: Niels Thanild. Got to learn about his views on life and the tech side of bikes, really loved it but I had a free frame from Mankind at that time.
Later on in Holland, at the moment the Soulcycle team dropped, Markus Wilke at Khe contacted me. Really thanks for that, but I also spoke to Niels about maybe becoming part of the Simple minded people. That worked out, and just before the X games in Dubai I got the stickers thanks to Paul's Boutique. When I got back we worked things out. I JUST BUILT UP A NEW ENIGMA and am so stoked. 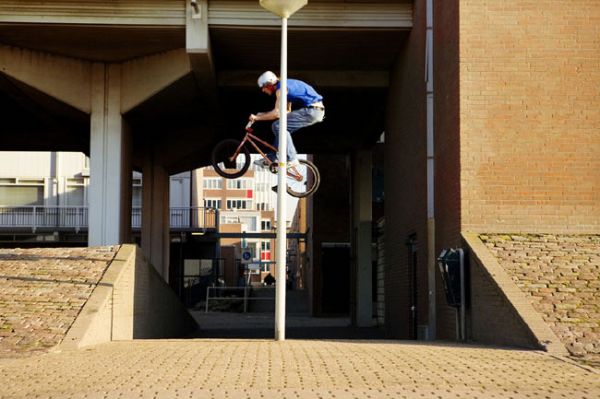 New year, new good vibes and going all out, ready to experience everything. Thanks a lot Niels.

Have you seen the Simple bike with the Mike de Wit graphics?
Mark: As far as holding it no, but I've of course seen the graphics because I knew Mike was going to draw them. Mike wasssuppp brooooo, team neighbor in da house! Coming to your house real soon! 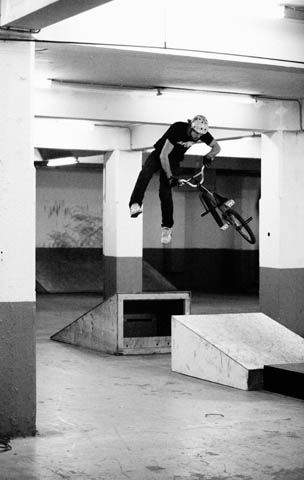 What's so good about being on Simple bikes?
Mark: For example the system stem. It has to fit exactly perfect to work, and it does. Good shit you know, really beautifull parts, strong and smoooooooth. Of course a bike is still a bike and the way a company looks into the scene is why you should feel home. I've known Niels for a while, work with Rutger Pauw for the pictures, and Mike de Wit is doing the graphics. That means good times already, combine that with a nice invitation to go to Roskilde. I really really look forward to meet more bros on the team! anywhere, SIMPLE BMX! 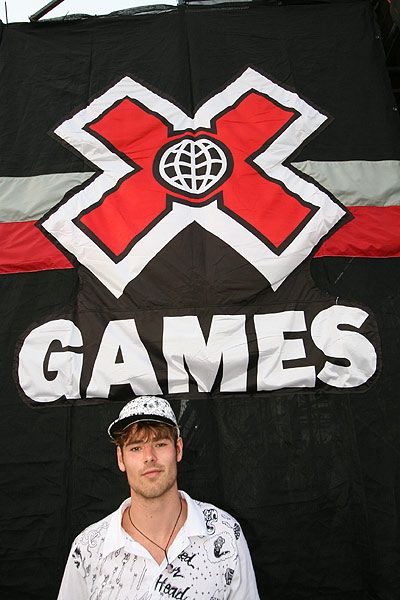 etnies have helped you out with your trip to the Dubai X-Games, how was that trip?
Mark: ETNIES has been really helping me out, and they are my first ever sponsor that give me love back the way I put in. Thank you guys sooo much, you know who you are everyone. First I went to Moscow to ride the Adrenaline Games, Etnies brought me the opportunity to represent the kicks in different countries, I never forget the phonecall, Mark you're in the X-GAMES! It was a great experience. Got to meet lots of very talented and friendly bros in Dubai. 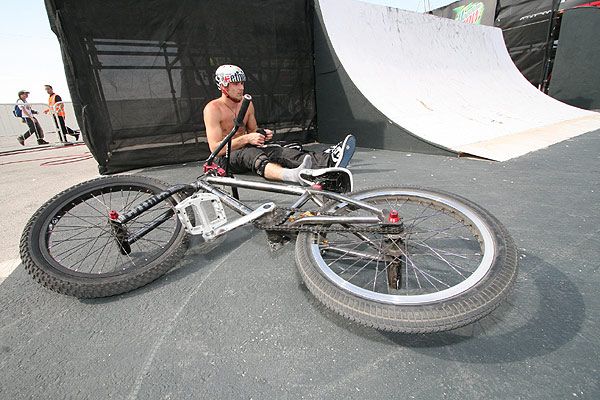 Drove around with John Petit, Maxime Charveron and Lotvi from watchbmx.com. Had a really good time finding out and feeling the country. Went snowboarding in a shopping mall. Dubai is sick, go there. You guys at FATBMX were there as well, and standing next to Mat Hoffman made me silent haha. The riding was unbelievable, felt really proud to be the first bmx rider in Holland to ride at the X games. It was a great time!

You seem to have become a Vibrations Urbaines regular too, tu parle Francais? 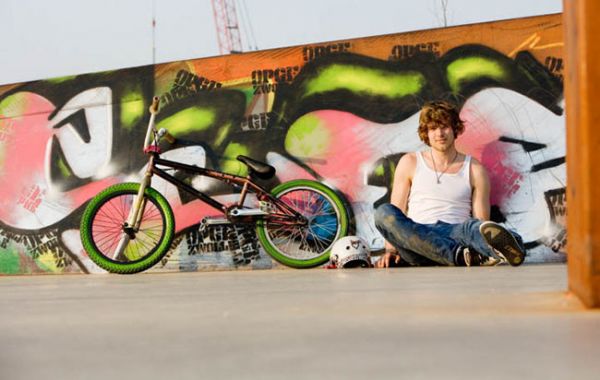 Mark: Oui un peu, je voudrais deux chocolat chaud avec gentili, et sans toi je suis perdu. We make little shoooow hahha. Yeah what can I say, I have real real good friends in France, I was so stoked ETNIES sent me to Pessac. The 10th edition of what I think was the sickest contest I've been to, Energyy and maddd love and skills were showed there. So I went all out, haha yes t-shirt as well, pulled fufanu to barspin and grinded a bit hahah. IT WAS SICK. 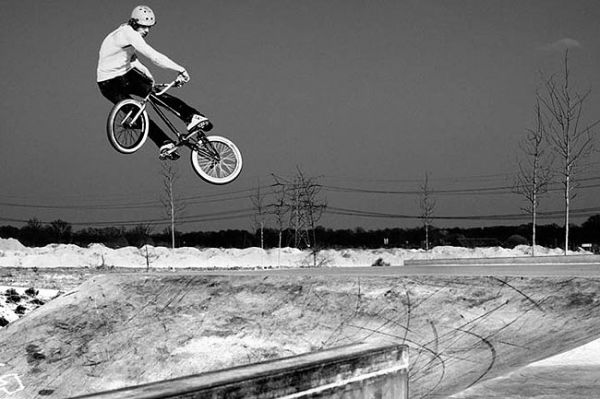 Mark: Rutger Pauw is a very good friend of mine and we want to travel a lot over there just like last year, make the best pictures (www.rutgerpauw.com), go to San Diego ditch, and Huntington Beach I tell you, the rest is throw the map out of the window, hooking up with riders over there and escape the rain for a bit here. Swim in the ocean, ride the beach from Dogtown and Z boys. After two weeks Barry Kohne my bro will come over and will ride the parks with him and we're probably going to Woodward again for breakfast in the clouds. 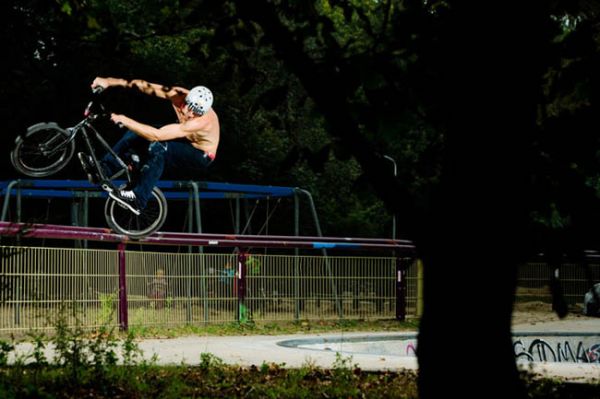 What do you do when you're actually back in The Netherlands (job-wise)?
Mark: I work for TomTom navigation with Barry together all day in the car. Testing the devices before they come out, working on different projects and try to make the difference on the highway. Working together with one of my closest friends and riding bro, we speak together a lot, plans, how the 020trails are getting better, and we have a good time everyday. 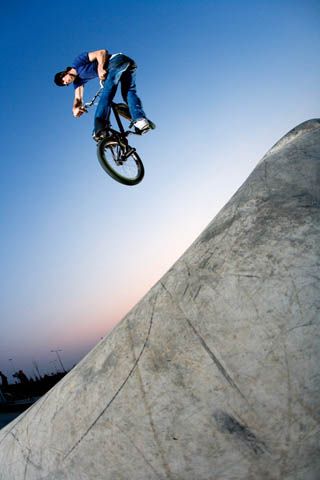 When you started riding, did you always want your riding to progress or did you progress just because you rode a lot? Were you "hungry" to learn new tricks?
Mark: Hungry ahah obviously always hungry for goodtimes, love and food. I just rode a lot because I always want to realise the plans I see in my head. I just love it. Scaring yourself at home chillin, realising you're about to change the lines at the spot you think of. Just want to go full speed into something scary because I love that, it gives me rest in my life when I do what  I've seen in my head. 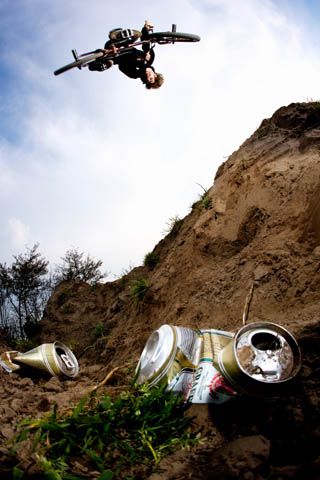 Who pushes your riding?
Mark: Barry, Patrick yeah bro siiick, lots of friends I ride with, and chill with and of course my brother Peter Vos who wants me to go big haha! kom snel maar weeres langs ouwe!

Who do you like to ride with?
Mark: Everyone in for a good time, and at the beach for the afterparty living the same life. Celebrating the fact that we can have fun and fly away from circle life. My friends of course, I don't mind as long as they have fun. 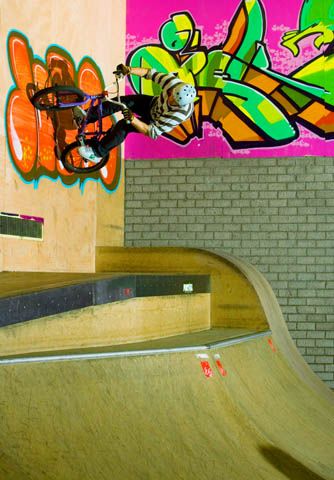 It's wintertime, where do you ride these days?
Mark: My car broke down, so in the weekend I go to Paris:) haha. no mainly just in the skatepark in Amsterdam once a week, and I make my miles through the center each day, that's riding for me as well. We just live in the summer, but in the last couple of months I've been using my passport quite often. It's good this life, even if it's winter. 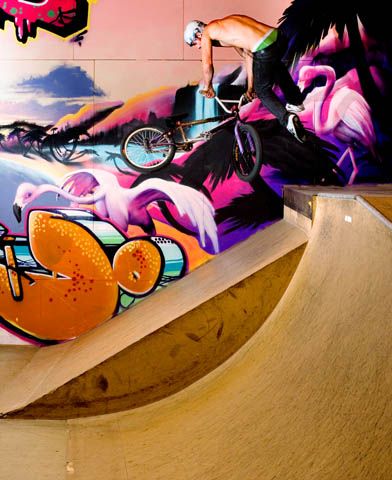 What are some of the best parks that you have visited in Holland?
Mark: Mekerskatepark in Zeeland, where I come from, the South West of Holland at the beach! Big up to my bros there! I like that park because it's so small, it's sick to come up with new lines. Other than that I want people to know that I really like to ride street as soon as the weather permits that. 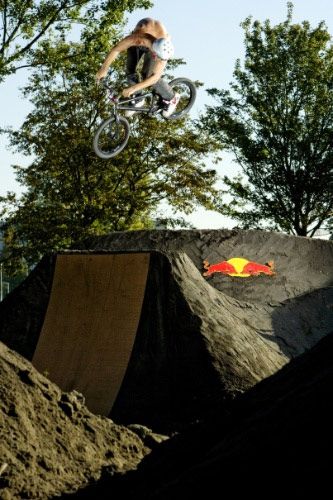 What Dutch cities do you like to hit up to ride street?
Mark: Roffaaa, Alkmaar, Vlissingen, Arnhem, Scheveningen! Holland is small enough to go where you want.

You helped out building several dirt spots last years, do you like to ride dirt too?
Mark: Patrick Guimez my friend from France came over for the RedBull Backyarddigger and we made 3 stops, Patrick made them, I helped and he learned me how to handle trails properly. Setting the standard with the riding from him and his bros! I learned to flow the big sets and have fun! Just got back from a dirt demo in Metz, close to Paris! Now we have our own trails in Holland on several spots where people work hard to realise the summer. And boys it's gonna be worth it bigtime! Of course we have a bar at our trails hahaah F.S.O. Fette Shit Ouwe! 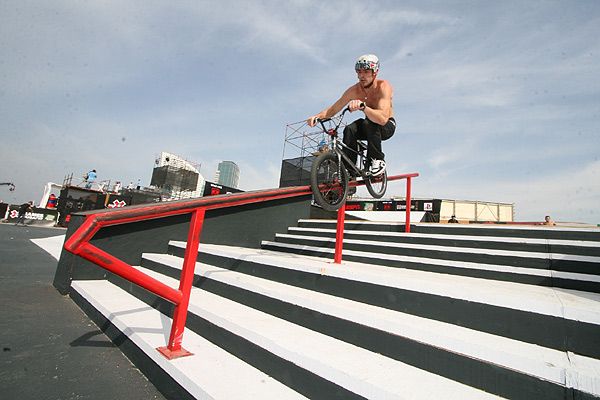 How do you approach a rail that is a bit long, a bit high and a bit scary? What makes you do it anyway?
Mark: The fact that it's all just a "bit"

Plans for 2008?
Mark: Meeting most of the people that read FATBMX, I mean travel the world and make pictures with my eyes for later. So I can close my eyes and smile all day. Last two years more than ever I had to realise there are 2 kind of things happening in your life; the ones you control and work hard for and love, and the ones you have to deal with. I really hope that all the people I love will be doing just great, and that am able to ride with a smile all day in a everlasting summer! 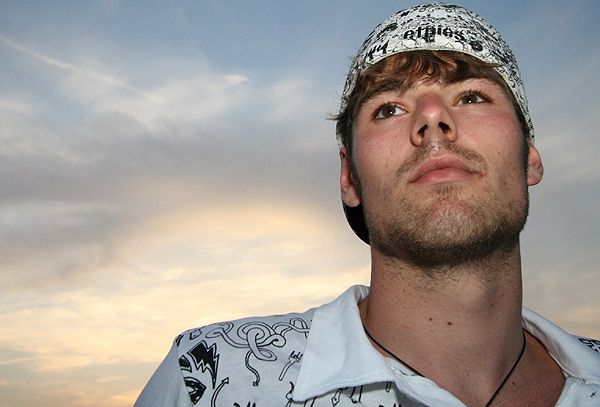 Thanks to: You Bart for the interview, all the people that I love because they understand me. My Family at home! All my friends that know I'll be away pretty often, and will be around when you don't expect. ETNIES, SIMPLEBMX, one love!

More in this category: « Ben Shenker interview Ronnie Napolitan interview »
back to top