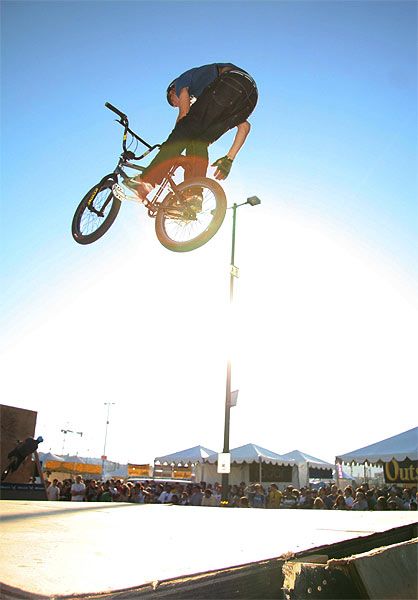 At the age of 16 nobody has made such an impact on the Dew tour just like Dennis Enarson did in 2007. The San Diego local took his dad and his Volume to the comps and destroyed Park as well as Dirt finishing 6th and 3rd overall respectively. Haro bikes have given Dennis a ride for next year so you'll be seeing him at big comps in 2008. Lloyd Ramsay caught up with Dennis in the Bay Area, his first ride on HARO.

Q : What did you spend your first paycheck from Haro on?
A : I actually haven't got it yet, but I will probably save it. (Dennis has been on Haro for only a week)

Q : What is the next big trick you are working on?
A : I don't usually work on tricks, just usually think of them before a contest but I would really like to work on a quad whip sometime this year. That's like one of my goals for this or next year so I'm not too worried. 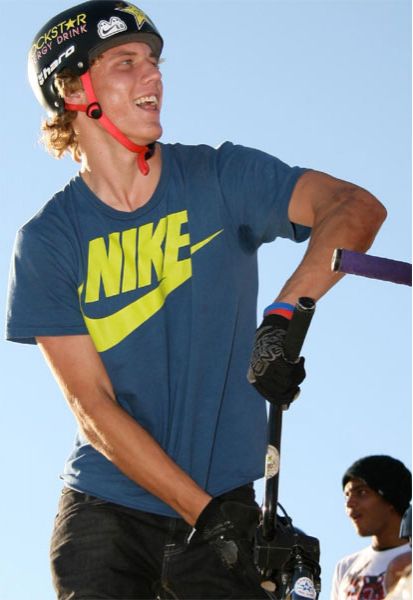 Q : When you see a course for the first time how do you approach it? Do you look at lines or do you think of things to do straight away?
A : Usually when I get to a course I just mess around for a bit then right before the contest I start to think of lines and everything.

Q : So San Diego seems to have a pretty good scene with riders like yourself Steven Woodward, Hoang Tran. Are there are other riders out there that nobody has ever heard of ?
A : There is this kid called Little Tyler which everyone calls Little Tammy, he is amazing I ride with him all the time. Like a lot of people have just started to find out about the kid. I got him on Nike flow and now he is on Fit flow so he will work his way up pretty soon. Real technical, one of the best riders I have seen I think. 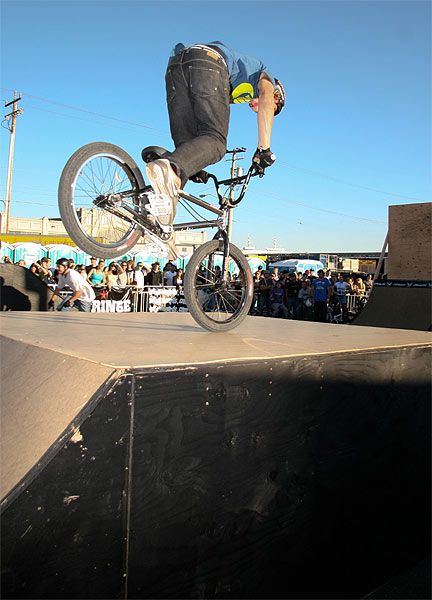 Q : What do you look most forward to riding? Comps, riding in general or just having fun?
A : I just like riding places and meeting new people I could care less about the contests. They are fun, definitely love doing contests but if I didn't do contests I wouldn't be that mad.

Q : What are your plans for the 2008 season?
A : I want to do real good at the Dew tours and try do good at the X games. Just film a couple of video parts - Josh Harrington's next video and the Square One video and I got some web stuff coming up. Just try to do good at contests and travel. Get school out of the way I only have 2 more years. 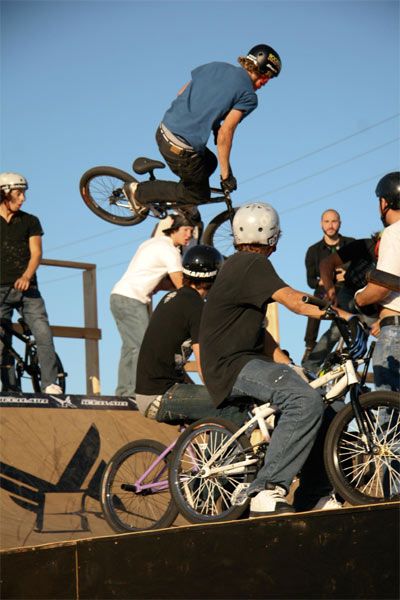 Q : While you are in San Francisco what spots do you like to hit up?
A : I like to ride all the cement skateparks. In San Diego we only have like 2 and you have to sneak into them. Here are some real good parks and the city has real good street. I just like the cement parks and the street in the city.

Q : What is the best spot you have ever ridden? San Francisco or everywhere? (Everywhere)
A : Um, probably New York street was the funnest because it has everything in it. Woodward definitely has the best skateparks ever.

Q : What is the craziest experience you have had so far on your bike? 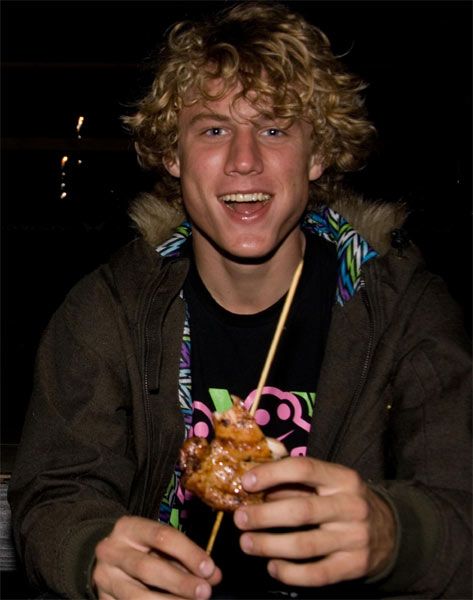 A : I dunno, I haven't really had that many crazy experiences. Just cops and that. Lot of friends getting hurt and having to take care of them.

Q : What is the worst injury you have ever had?
A : I broke my foot. That's probably the worst. My foot and my hand when my chain snapped going up this hill.

Q : Who do you want to thank:
A : I've got to thank all the dudes at Volume, they were always with me but now we are no longer together. Everyone at Demolition, Haro, Mark Losey with Nike and then Fuzzy Hall with Ogio as well as Corey Nastazio with SixSixOne. All those dudes.
Tweet

More in this category: « ON THE COMEBACK: BUBBA HARRIS interview by gOrk Scotty Cranmer interview »
back to top