How's staying with Dave Mirra?
Daniel Dhers: It's definitely amazing, Dave was one of my idols for so many year, so living with him and get to see what motivates him it's definitely a good experience and motivation for me.

Where do you usually ride?
Daniel Dhers: Mirra's Warehouse, JC Park, The Unit and Mancuso's Vert Ramp
As the current Dew tour Park champion, do you feel more pressure going into the year 2007?
Daniel Dhers: Not really, I never really feel much pressure when it comes to riding, I had my doubts if I was going to choke, but when I'm on my bike I just focus and don't let any distractions come to my mind, you know either you focus on what you are doing or you crash. 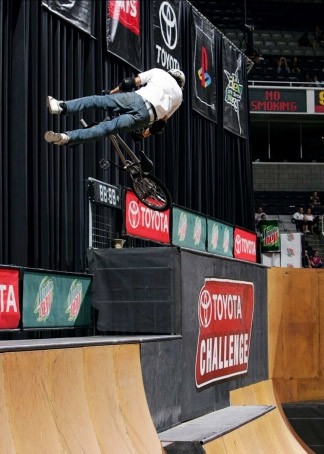 Do you feel you need to deliver some good tricks or are you focusing on being consistent or what's your plan for the 2007 Dew Tour series?
Daniel Dhers: I don't feel that "I have to deliver new tricks", I ride because I like it and I learn tricks because it motivates me. It's like when you learn a trick after you do it for a while you don't feel the same adrenaline from it, so you move on into something more complicated or something different, so I'm always working on stuff. Whenever I learn something new I try to do it on a contest but always keeping consistency.

You just came back from China where you won the Asian X-Games and you recently went to Singapore for your first Metro jam. How much different were those contests?
Daniel Dhers: They are different contest formats, Metro course was better but Asian X for being a big contest it was pretty laid back. 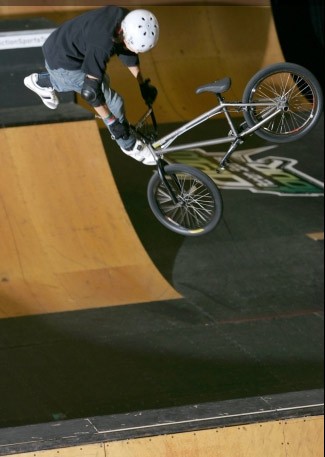 You're coming over for the FISE soon. Is that your first time riding in Europe?
Daniel Dhers: Yes

Are you pulling the handbrake on the traveling once the Dew Tour schedule has started or are there any other events that you are going to this summer?
Daniel Dhers: I might do some other stuff, X Games, LG's, I want to make it to more contests in Europe but my travel budget is limited so I'm not sure yet.

Did you feel it was weird that HARO was looking for talent when they had you on the team?
Daniel Dhers: Yeah it was weird, but I didn't really care, I'm not in this because sponsorships or whatever, we split in good terms so there's no hard feelings.

Do you have an agency that looks out for sponsorship for yourself?
Daniel Dhers: I'm with Front Line Management. 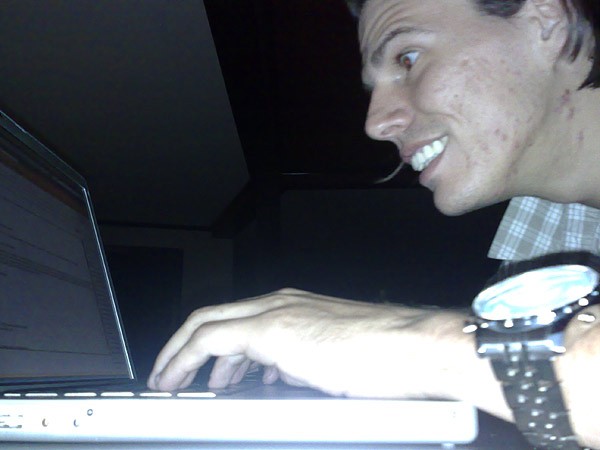 You obviously won a bunch of money in 2007, did you treat yourself with some toys?
Daniel Dhers: I bought a car in Argentina and gave it to my mom after I left, a car in Venezuela but I sold it, just got a new car here and a nice watch, I rather save it and buy a house later on the year. 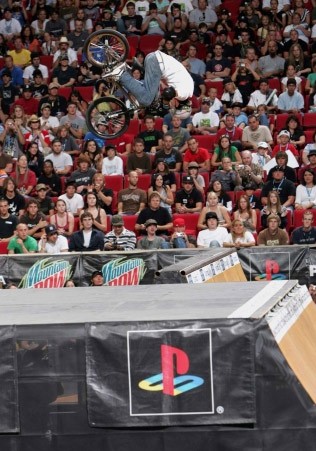 Coming from Venezuela, how did you manage to get to where you are today?
Daniel Dhers: I moved from Venezuela when I was 16 to Argentina, the ramps in Caracas closed down and my friend had a little skatepark in his office so it was hard to progress, but when I moved to Argentina there was a skatepark I rode every day, I made some good friends in there that had an amazing level, so riding there with them helped out a lot but I think the biggest influence was going to Woodward in '04 and '05. I missed the OQ for Dew Tour in '05 so I just stayed there for a few months riding everyday with the Woodward crew trying stuff and when I noticed I had a bunch of tricks and with Bestwick motivating me to enter contests and stuff I think it's what got me here today 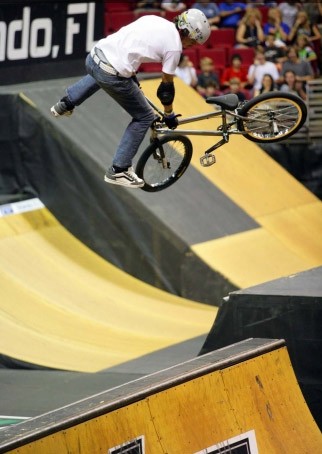 Are you in touch much with your buddies from South America?
Daniel Dhers: Yeah all the time.

Do you weigh half of what Kevin Robinson weighs?
Daniel Dhers: Yes, so it's my bike lol.

Do you work out at all or do you just ride?
Daniel Dhers: Just ride, I tried to do a 20 mile ride with Mirra and Guettler on road bikes but I quit. Pedaling that long is harder than it seems. 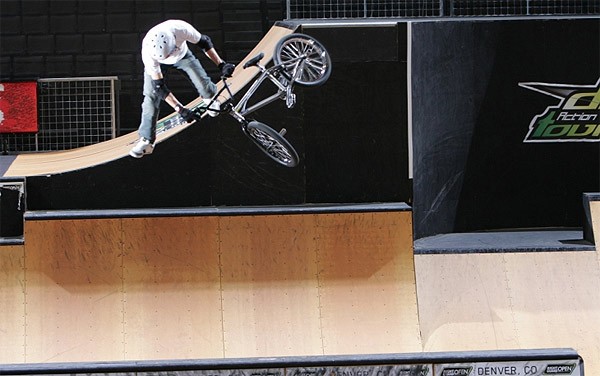 Did you like the JAM format as done at the Metro jam in Singapore?
Daniel Dhers: Yeah it was cool, the last time I rode a Jam was at Baco Jam in '05 and I remember snaking everyone so it was fun.

What do you think needs to change in BMX?
Daniel Dhers: Less drama, I think we should unite in our sport and leave the jealousy behind, we don't need to follow skateboarding, BMX has its own life style and we should expose it more to the outside world so we can bring more money in, get more BIKE parks and give more opportunity to other riders to make a living out of it. We don't have to fight over who is cooler if Street riding, ramp, dirt, etc, it don't matter what you do or how you dress as long as you are having fun, remember we are all together on this! 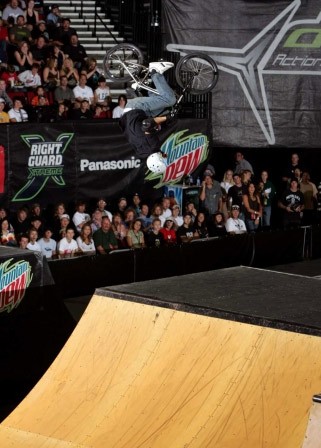 Thanks for your time Daniel, any last words/thanks?
Daniel Dhers: Thanks to: My family for supporting me, my friends you know who you are, Tom Stober for getting me into Woodward for the first time, without him I don't think I would be here, Flip @ Albe's for all the randomness and parts I hope he gets more sweetness in his life, Alejandro, Carolina and Hayes @ Red Bull, Mirra for everything, Losey and Ramsdell for motivation at Latin X after I died on that concrete park, everyone that has helped me out in any way, anyone that had make me go thru bad moments I learn from it and gain experience, haters I get motivation out of that, everyone that supports me especially and anyone that believed in me.

Last words: Believe in yourself, everything is possible.

More in this category: « Bas Keep interview. On the mend after scary Singapore injury. Ryan Guettler unplugged. Did your babysitter BMX? »
back to top