You pretty much ride everything and are pretty damn good at all BMX disciplines. Why did you not choose to be a vert only rider for instance?
Pill: Because I get bored very quickly, it's all about the process of learning something new for me. And a lot of the time I'll spend weeks learning a trick, pull it once and then never do it again! move on to the next thing. So, I would get very bored only riding one discipline (if that's the right word for it).

You don't seem to care too much about contest results but more about your personal run. If you pull your tricks, you're happy regardless what placing. If you don't, you're livid. Are contests your way to bring new tricks to the public? 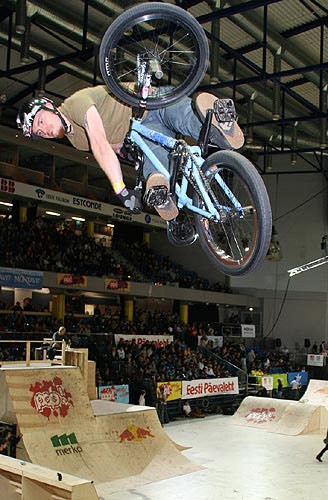 Pill: Sometimes. If I've been working on something that week, I'll try to do it at the contest. A few times I've invented new tricks, been really excited about doing them at the next event and someone else has done it first. That really disheartens me, I've pulled out of a contest before because of that. I'm not interested in doing a full clean run of all the tricks everyone else is doing, that bores the hell out of me. When people walk away from a contest, they don't talk about who had the safest, most consistent run, they talk about the fact that Bas Keep went twelve feet out the top of the elvis ramp! He didn't do much else in his run, but that one thing stood out a million miles from all the other stuff. 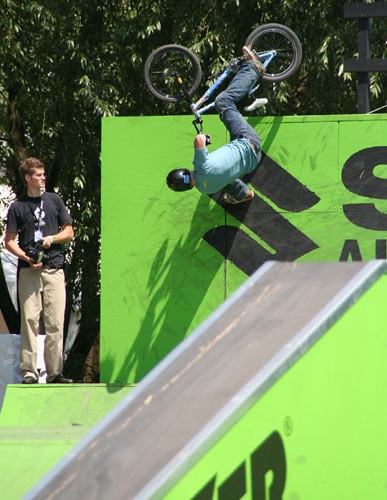 What should a judging/scoring system look like in your eyes?
Pill: Whoever does the most hops in one trick wins? This is a really hard one, I've talk over this so much with Zach Shaw and Shaun Scarfe and we've tried to come up with a fairer system, but it's near on impossible. I like the way they do it at the Rebel Jam. That caters for everyone.

You're not afraid to tell your opinion. Does that get you into trouble sometimes?
Pill: Yes. 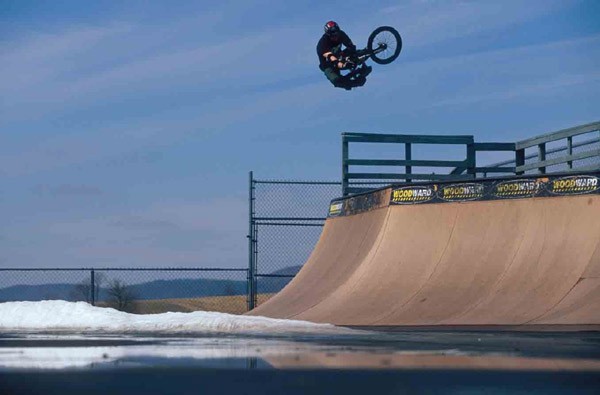 What some people probably not know is that you have a couple of kids. How often do you take them to the ramps?
Pill: Yeah, I have three kids. Two boys and a girl. Chloe (the girl) isn't really into bmx, Jak (eldest boy) seems quite into it. He rides a sixteen inch Mirra. He rode in on a five foot quarter on a twelve inch bike when he was four! And Charlie's still a baby, but he loves BMX DVD's especially the Rob Ridge section in FBR Legend. Chloe and Jak are currently helping me build a mini ramp in the barn. 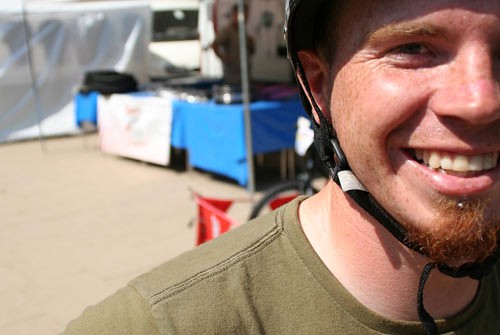 You started Dark Matter a while ago. How far are we?
Pill: Don't ask....

Without any product out, you had a fantastic team lined up. How did that feel?
Pill: Really good. I just went to all my favourite riders and asked them if they wanted in and they all said yes without hesitation. I'm stoked. 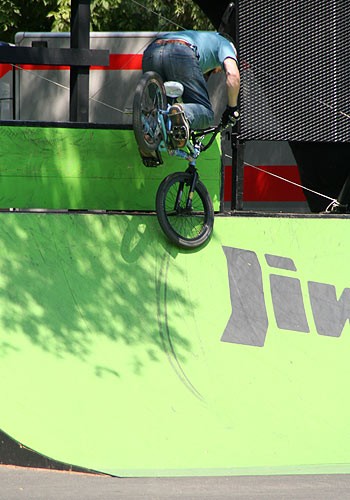 What's happening with your signature frame/forks/bars?
Pill: You tell me...

Where can people find it?
Pill: Refer to above answer. 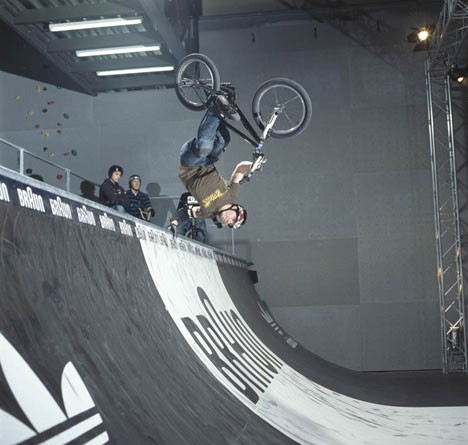 Are you a full time pro or are you doing jobs on the side?
Pill: I have a ventilation business with a few employees. That's my main source of income. I had a salary from Haro, but I had to quit before Tony D sacked me! Plus all the good people went to Mirraco, which left Haro looking a bit wafer! What was that about opinions and getting into trouble...? 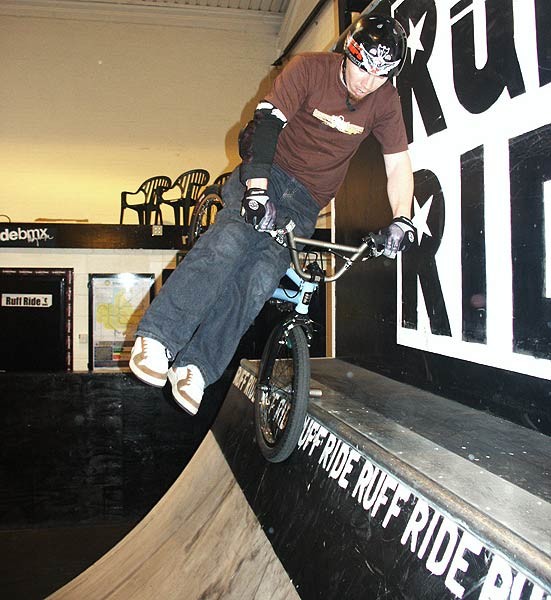 What's your opinion on the Front Brake Revolution videos?
Pill: They're good. The first one was good and the second one was really good. The events are way better than the vids though. When's the next one Ben?

Who is underrated?
Pill: Terry Watkins

Who is overrated?
Pill: Terry Nutkins

Are we going to see the barspin handplant any time soon?
Pill: Martyn Tambling did it years ago on a spine. I just need to get it done on vert. 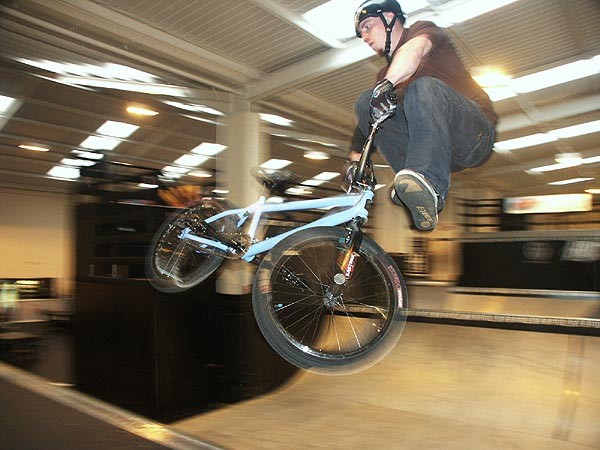 Plans for the future?
Pill: Assasinate George W. Bush? Overthrow the Monarchy? Write a book, finally get Dark Matter off the ground, Run for Government, purchase a Delorean (surprisingly cheap, although the bodies are made of stainless steel, which means they weigh about four tonnes, I doubt they'd make it to 88 miles per hour...).

More in this category: « Hucker interview, or is it Michael Clark? Ryan Guettler wins BMX Arby at Action Sports Award »
back to top