Written by  Bart de Jong
Read 19760 times
There's the awesome party crew in the States that seems to be a crazy bunch. It's unbelievable they haven't gotten more press so far. FATBMX thought it was time for a change and caught up with Joe Gall. Let's bring it on!

Team Young BMX, how did it all start?
Team Young: It all started with a road trip to Florida one winter with Mark Flipowitz, Chris Hatfield, Matt Sivilelli, Evan Malburg, Josh Steir, and Myself (Joe Gall). The last four guys listed thought of themselves as the "young ones" and started shouting Team Young when the older dudes wanted to sleep. We were all about riding everyday, partying every night. After the trip the name stuck and eventually the website was created.

What is it that you guys do?
Team Young: I guess our mission is to bring the scene together through parties and jams. We document the BMX lifestyle and bring out the positive in people.

We host , sponsor, and promote as many events as possible. We print shirts but we are NOT a clothing company. Every penny from every sale ends up going right back into the team, weather it be buying kegs for the next party or filling up the gas tank on the next road trip.

Where are you guys based out of?
Team Young: We claim Detroit.

A good contest without a good party isn't a good contest, right?
Team Young: You ride during the day, some do well, others don't. But in the end you are all there having fun doing the same thing you love to do. Why not get loose and see where the night takes you, no matter how your day was. Not to mention people getting together for a contest is the best excuse to have a night on the town. A lot of the friends we've made over the years have been from what happens after the contest. 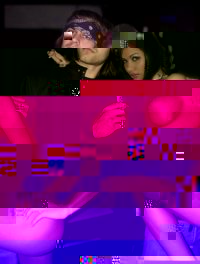 Bikes, Beers and Bitches. Do you agree?
Team Young: You have to know your roots! Those three elements are the key to life.

What BMX events are on the program for Team Young in 2007?
Team Young: We always celebrate new years in Austin, Texas to get things started. Then shortly after that will be the Toronto Metro Jam. Probably the best contest/party atmosphere the entire year and Detroit is only 4 hours away. Our canoe trip in the summer has turned into an annual thing. Definitely more shows. There's been talk of an all bmx related show in the Detroit area sometime next year. Pretty much do what we do and try to do it more than the year before.

What parties are in the works?
Team Young: There's going to be a Cop party soon where you can't get in unless your dressed in black 'n blue. Kind of a salute to the troopers that love coming to our parties to begin with. I can't wait to see their faces when every one has authority. 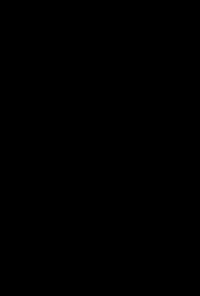 Who handles the cops when they show up?
Team Young: I usually end up taking one for the team. I've learned a lot about the law and how to deal with the police over the years. The shitty thing is I'm always spending all my cash on fines, bail bonds, court cost, party tickets, and attorney fees. We've really gone out of our way creatively to avoid confrontations. This past Halloween party there was a huge sign out front that read 'Welcome Young Wedding Reception". Like who would want to fuck with a wedding? That probably threw off the fuzz long enough for the bands to finish up. 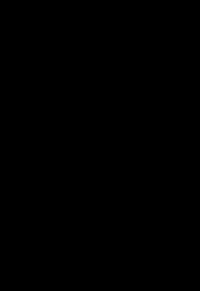 Team Young vs. the HDT (Hardcore Drinking team) who would win?
Team Young: It's a tough call but I bet Mat Sparks could take them all at once. He can defiantly take some punches. If BMX never works out he always has a career in in ultimate fighting to fall back on.

When are they going to film Team Young for a reality show?
Team Young: Actually funny enough we've had two separate offers to be a show of some kind. I think it's a better idea to keep it real and blow off all things contracted and incorporated.

Last words: Thanks to "Fat" for this interview, BooKoo Energy Drink for keeping us up late, Albe's, Scott Towne, the whole crew for keeping this idea alive, and anyone who gets why we do what we do...

All pics by: Team Young BMX
Tip: Visit their website

More in this category: « Tom Haugen interview Matt Pingel Profiler »
back to top