You recently switched from Macneil to Volume. How hard was it to make that decision?
it really wasn't that hard, Jay and I had long talks about the future for me and it seemed that I might fit a little better over at Volume now. Don't get me wrong I think I did fit well on Macneil in the beginning but I just think things changed and I think I need to do something different now. Jay and all the guys out at Macneil/Tenpack and I still get along great and there are no hard feelings....I want to add that kids think that I did this move for money.....I make the exact same over at Volume that I did at Macneil. The only difference is I have room to move up at Volume.
What places (countries) have you traveled to with the Macneil team?
John: Well almost all of the traveling I've done has been through Macneil......I guess I will give you a list. 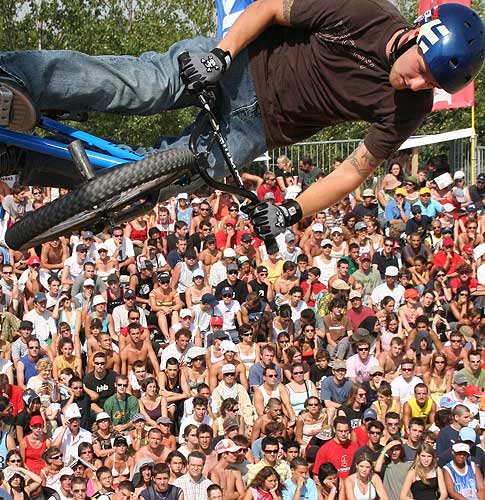 China..
That's all I can think of right now. But, fuck that's a lot! I never really sat back and looked at it before. 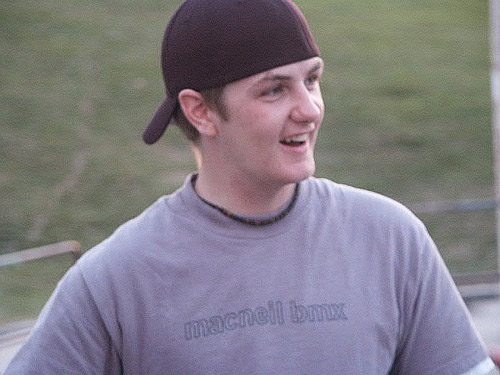 Do you believe that traveling is one of the perks of being a pro BMX rider?
John: Absolutely... that's the best thing for sure..if I didn't ride I would've never gone to all these places...I really am lucky. I wouldn't trade anything in the world for my amazing life experiences like traveling to crazy countries and hanging out with cool dudes all over the world. 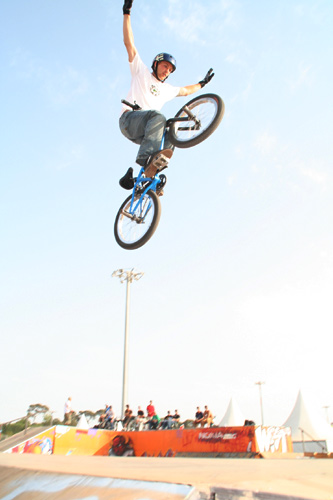 Is your schedule with Volume going to look different?
John: umm not really I don't think... I will still hit up the contests I want to but I do think I will be doing more road trips to film and shoot photos... The trips I used to do were more based around contests but these ones will be more for filming, photos and good times.

Are you going to get signature parts/frame at Volume?
John: Not right away I don't think. Maybe down the line if there's enough interest. When I got my frame on Macneil, it was the first short street bike but now there are some many companies with small bikes that I think we have to wait and gauge interest first.......so write in and tell them you want one! hahaha

Do you think you can drag Jason Enns on the plane like the A-team did with BA, fool!?
John: I pity the fool! I think I could talk him into it.. I think when he travels he travels alone so he just sits there stressing out but if he had someone to talk to and take his mind off it he might be ok.....I just think he loves being home so much with his dogs and his lady, he makes up the story that he's scared of flying. ha-ha 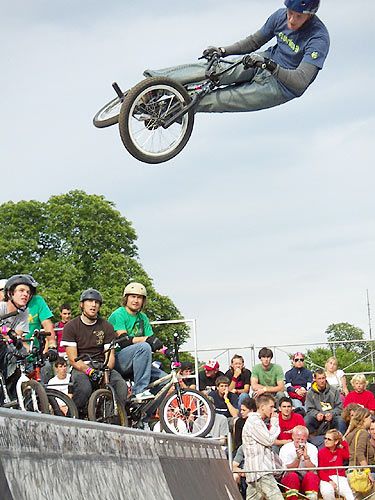 How hard is it to leave town for another contest when you've got a nice place where you feel at home?
John: I don't find it too hard, my girl doesn't care for it, but I appreciate that these opportunities won't be around forever so I'm happy to get away and see new places. Like I said, I think I'm lucky so I can't be bummed that I get the opportunity to go to awesome places and it's always nice to go away and then come home to a comfortable place. It makes you appreciate both sides. 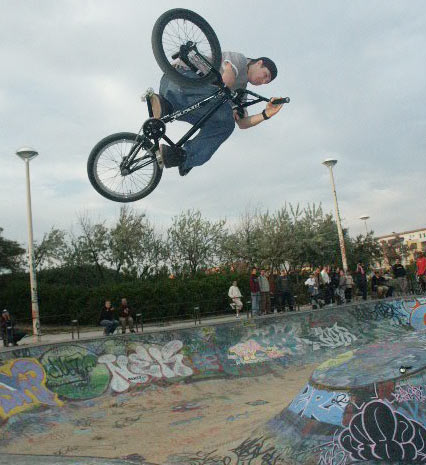 Being Canadian, you're into (ice)Hockey. Who do you play with on a regular basis?
John: Yeah I love playing hockey.......I wish I could've been a pro at that instead! ha-ha. No but I play on a league team with Osato and a group of good guys. I also play pick up hockey 2 nights a week...that's when someone rents the ice and everyone just comes and plays a game for fun. No referees. 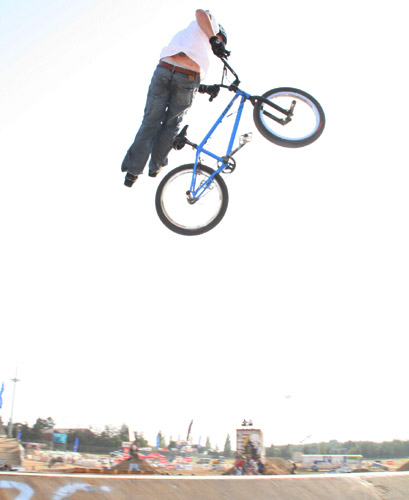 Canada: Aahhh home. And the best
USA: Ignorance....not everyone though.
Europe: Drinking on the street. More my speed.
10-speed Volume rides at the beach: Ha-ha looks like good times.
Metro Jam: Stress me out. Tons of fun
Chase BMX mag: That animated cover

Thanks John, last words/thanks?
John: Yeah...thanks to you guys and I hope to see you soon. Thanks to Jay and everyone at Macneil for the good times and thanks to Castillo and Volume for the opportunity. These next couple of years are going to be great...look out for that Volume video. It's going to be nuts!

More in this category: « Jamie Bestwick interview Biz Jordan interview »
back to top