Pro session at Area 51 in Eindhoven. The boys are in town. 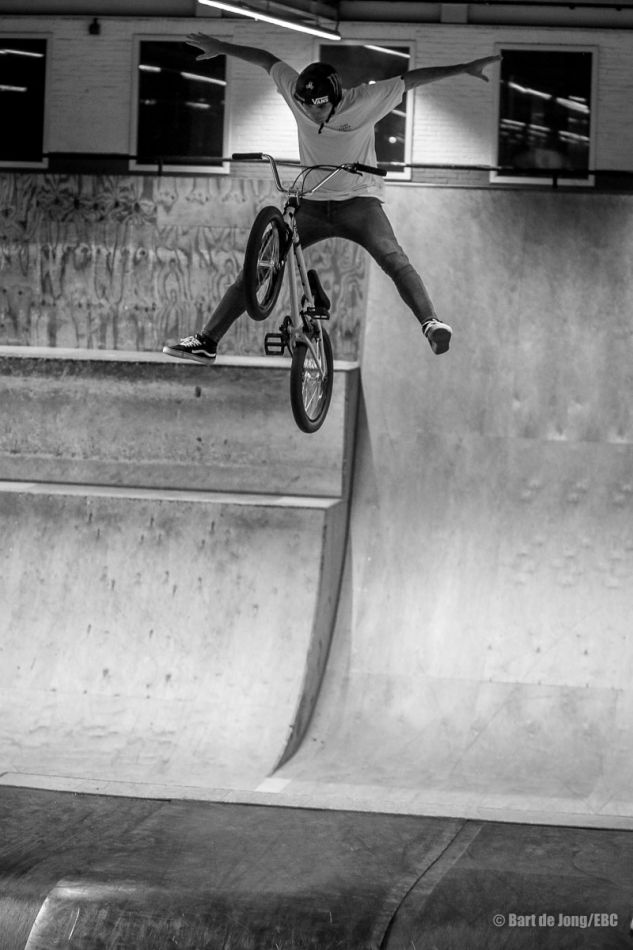 A random Wednesday evening in Eindhoven turned out to be not that random. The visitors to the Area 51 Skatepark that evening were treated by special guests in the form of Jason Watts (AUS), Pat Casey (USA), Irek Rizaev (RUS), Anthony Jeanjean (FRA), Paul Thoelen (GER), jake Leiva (USA), Marin Rantes (CRO), and Morgan Wade (USA). The impromtu session had something to do with the riders being in The Netherlands for the Red Bull Uncontained event and as you know: "Riders gotta ride!"

Many of the Dutch riding scene were already present doing their usual riding but once the visitors showed up they turned it up a notch as well. Levi Weidmann did decade 720's and 1080's like it was nothing (on the resi which turned out to be the favourite obstacle for the night). Pim Scheers was seen doing no-handed flips and locals Daniel Wedemeijer and Tom van den Bogaard showed how it was done at Area 51. Tom surprised everyone by bringing a new helmet with a big green Monster Energy M on each side. Yes, he's on the Monster Energy team from now on. Without trying he showed why he was picked up. A pleasure for the eye. Romain Devassine and Quentin Morien from France happened to be riding at the park that night and joined in on the session with the boys.

Some hit the foam, most hit the resi, some jumped the big step up and wooden box while others cruised the bowl. With so much talent around, it was hard to decide where to look. So much good riding going on on a midweek day. It was key to stay healthy because the big show will happen this Saturday in

Nijmegen. If you do not have any tickets yet, you're out of luck watching it live. Next best thing is the Red Bull Uncontained live feed. Make it a house party, make it one to remember. This many top level pro riders won't be around in The Netherlands anytime soon. 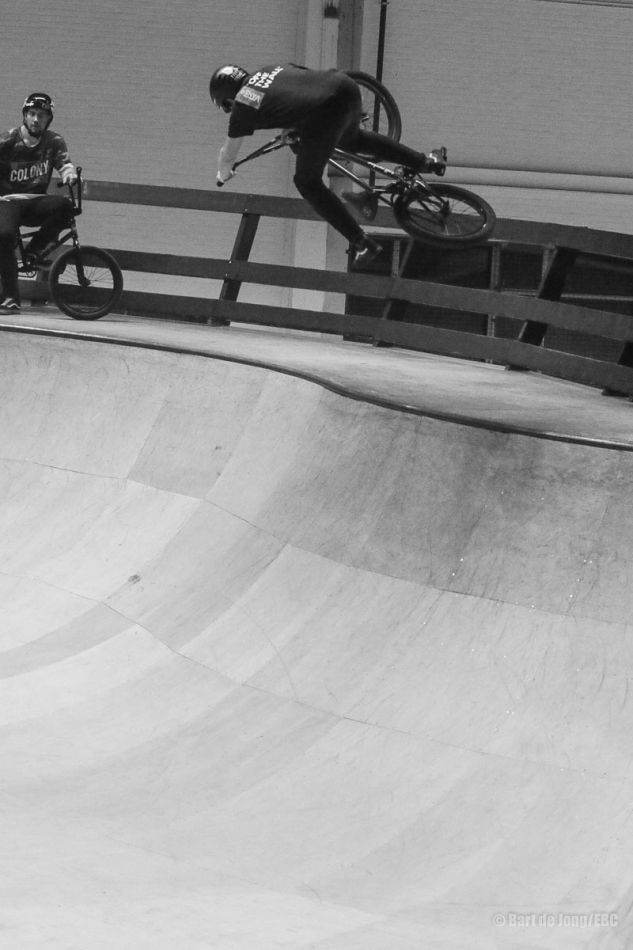 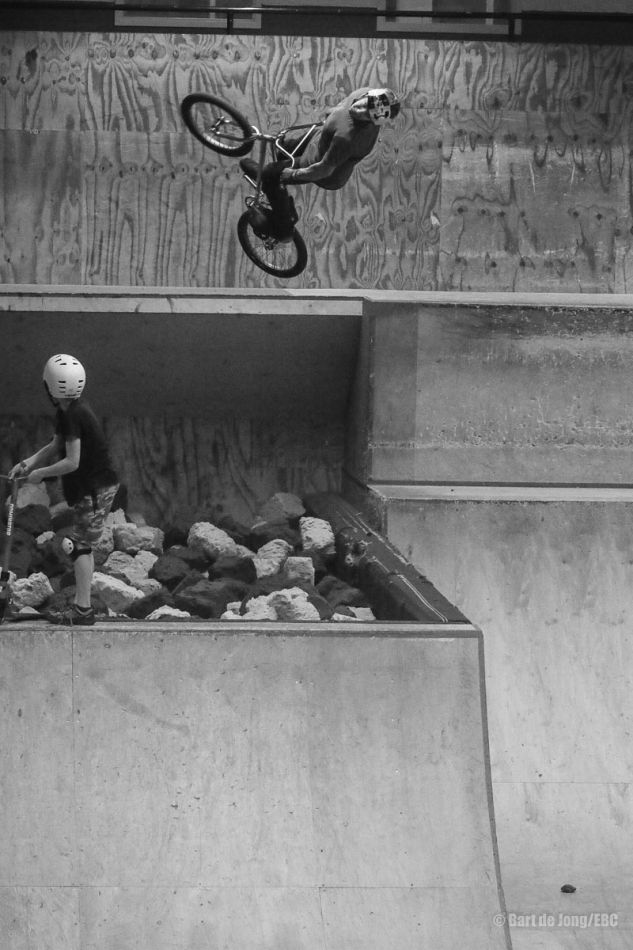 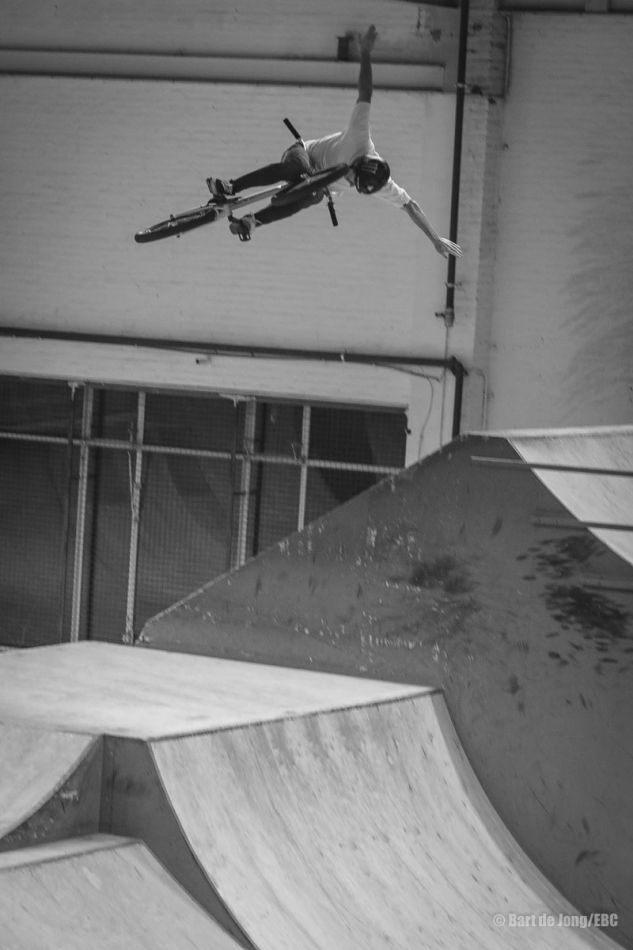 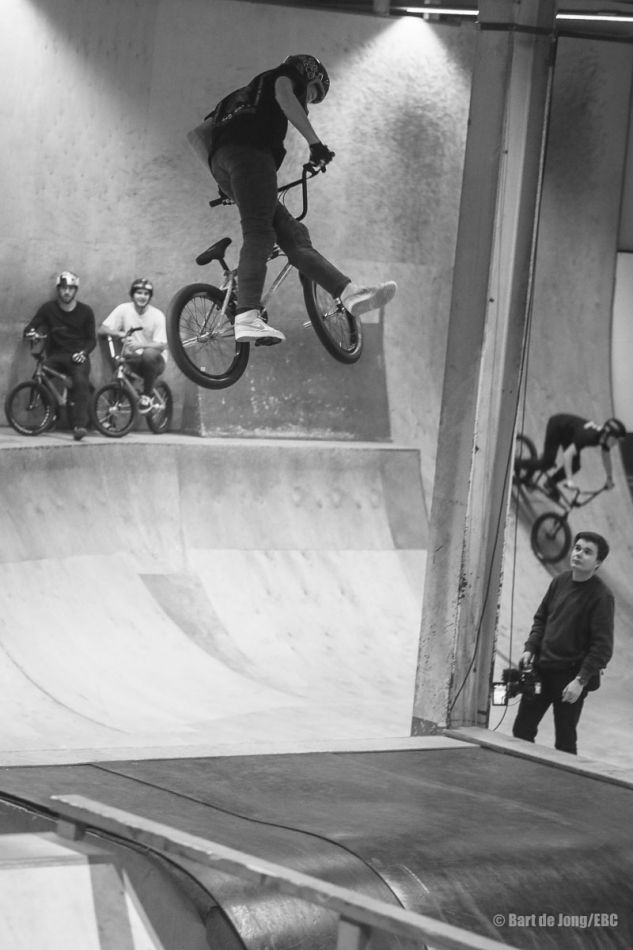 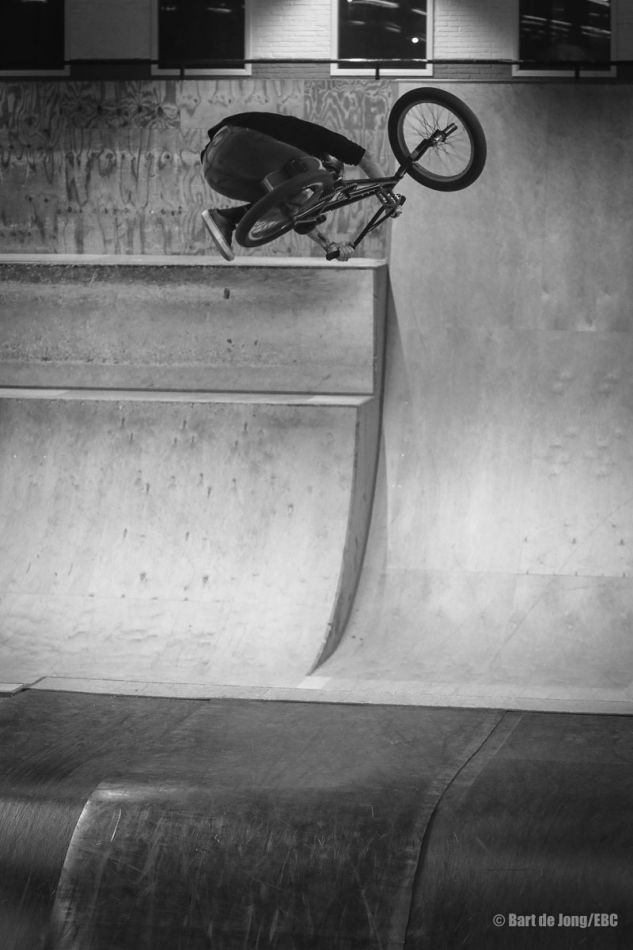 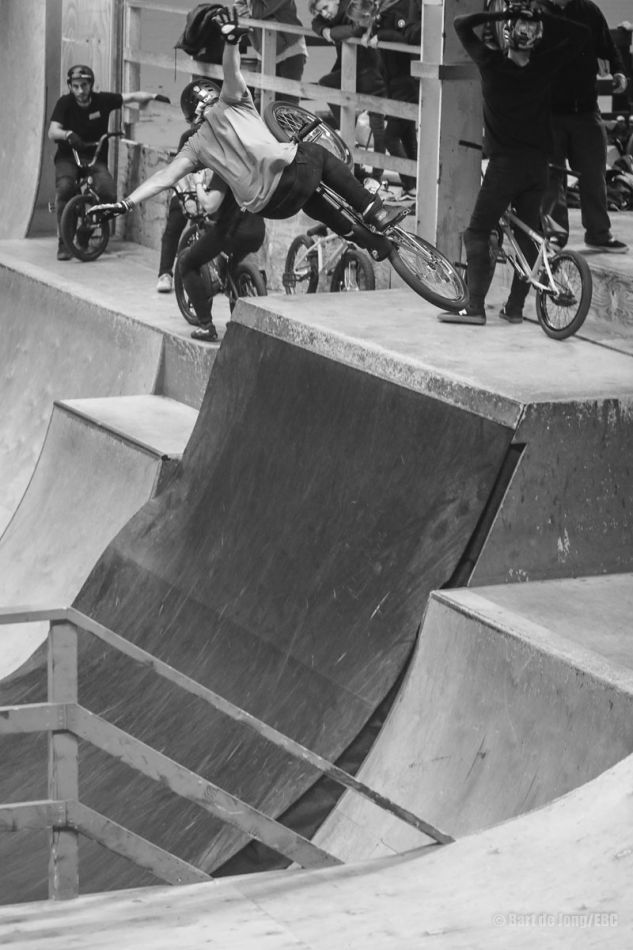 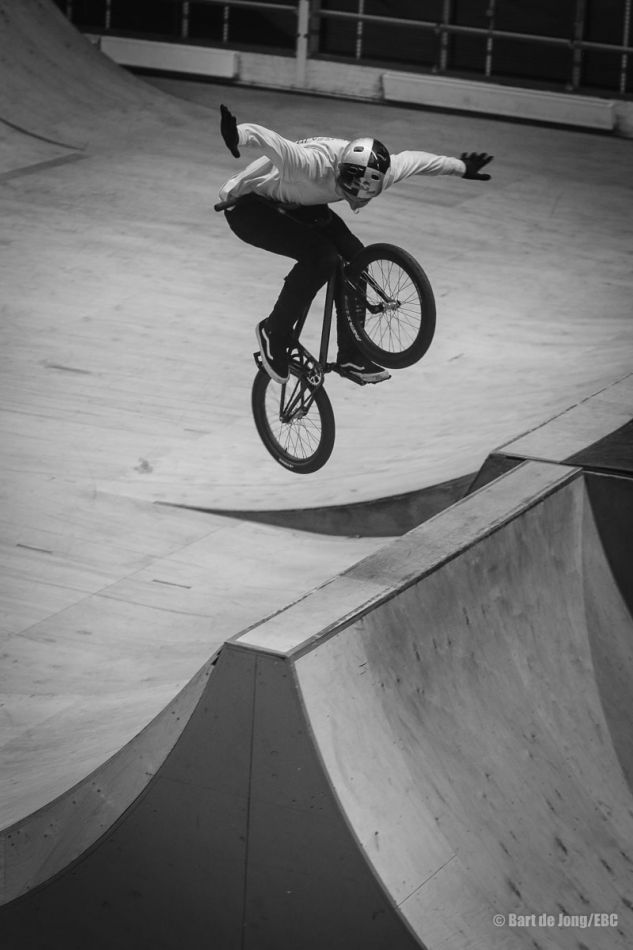 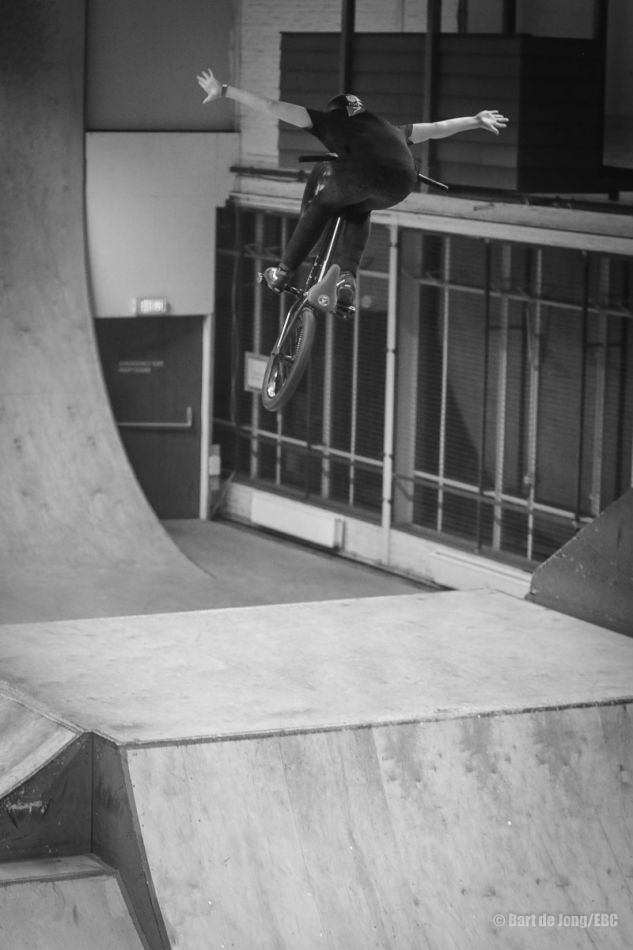 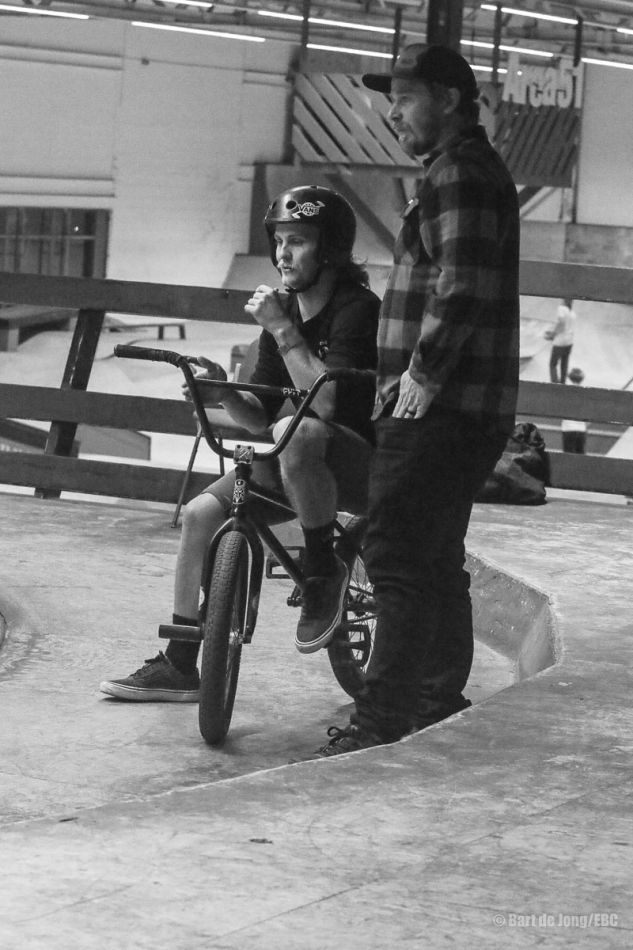 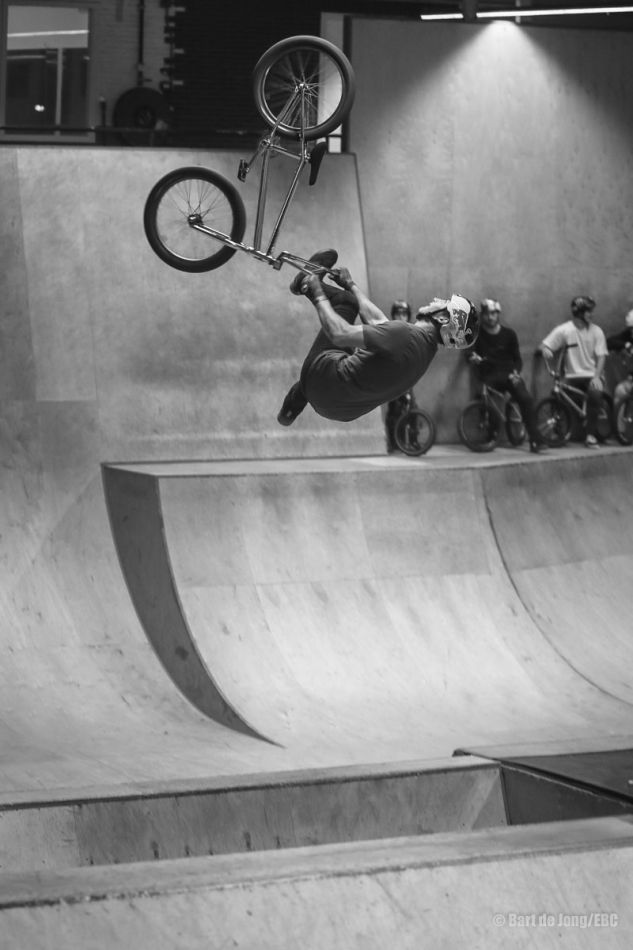 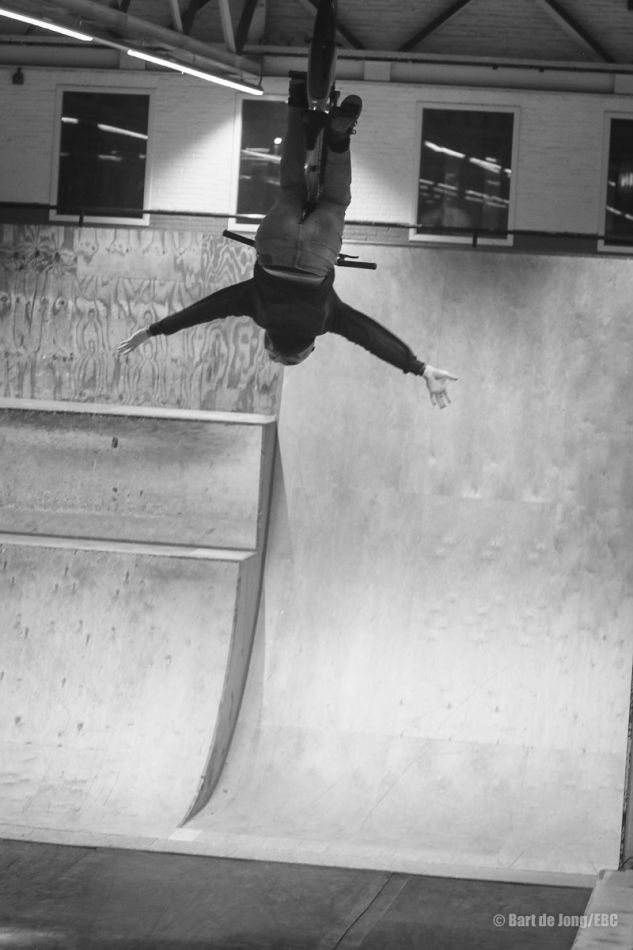 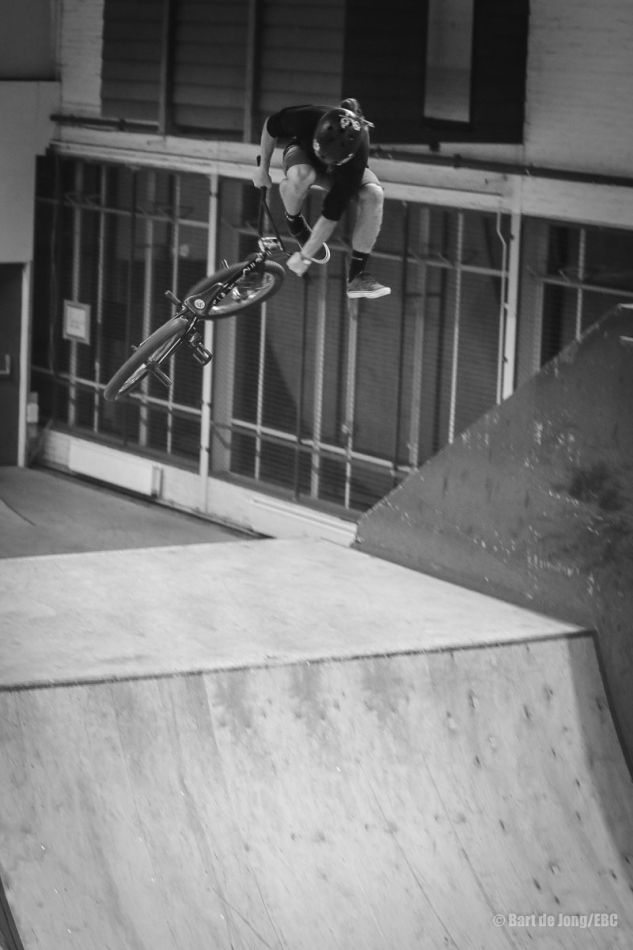