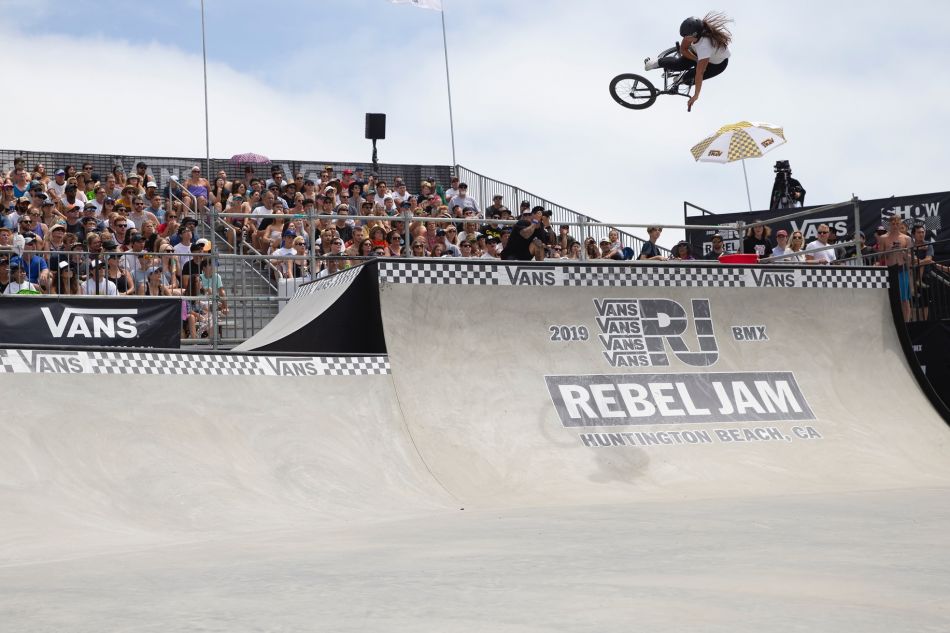 Closing out the opening weekend of the Vans US Open with crowds ablaze, the first-ever Vans Rebel Jam BMX street competition held on American soil concluded its final rounds, awarding decorated BMX riders Dennis Enarson and Perris Benegas as the event’s overall winners. Showcasing 18 of the world’s best street riders in the finals, the Vans Rebel Jam also recognizes originality and innovation with individual rider awards ranging from most creative, hard trick, and best overall style. The 2019 Vans Rebel Jam is unique in all of the industry for championing prize parity for competitors and matching podium winnings for men and women.

utilizing speed and power to demonstrate expert bike control, and land difficult maneuvers and unexpected lines. Commanding the lead in prelims, it’s no surprise Enarson prevailed in the finals. 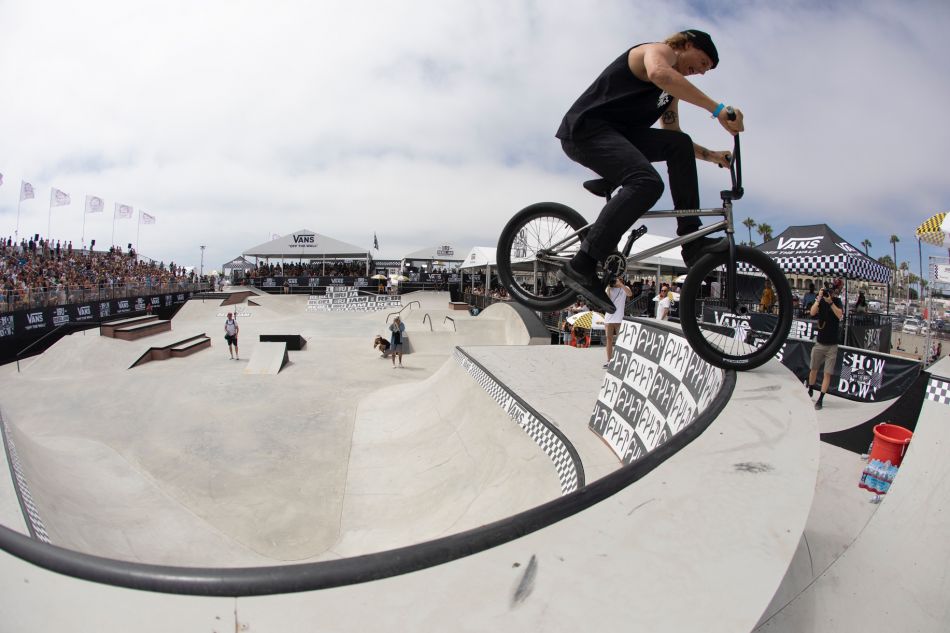 Joining Enarson on the podium is the ever-diverse Boyd Hilder in 2nd, landing huge airs and backflips to please the crowds, while Garrett Reynolds’ clean consistency and technical style earned him 3rd.

In the women’s division, Perris Benegas was the field outlier, impressing the judges with big airs, clean feeble grinds, and connecting runs like a pro. Benegas completed a notable peg grind over the rainbow rail, sealing the deal for her victory. Joining Benegas on the podium, Angie Marino in 2nd and Natasha Wetzel in 3rd, who each illustrated their own creativity and style in the first-ever women’s event in Rebel Jam competition history.

For a dramatic finale, winners of the Best Trick navigated the custom-designed Cult wall obstacle, demonstrating a clinic of some of the most difficult and creative tricks in BMX. See below for the full results and watch the full replay and VansUSOpenofSurfing.com. 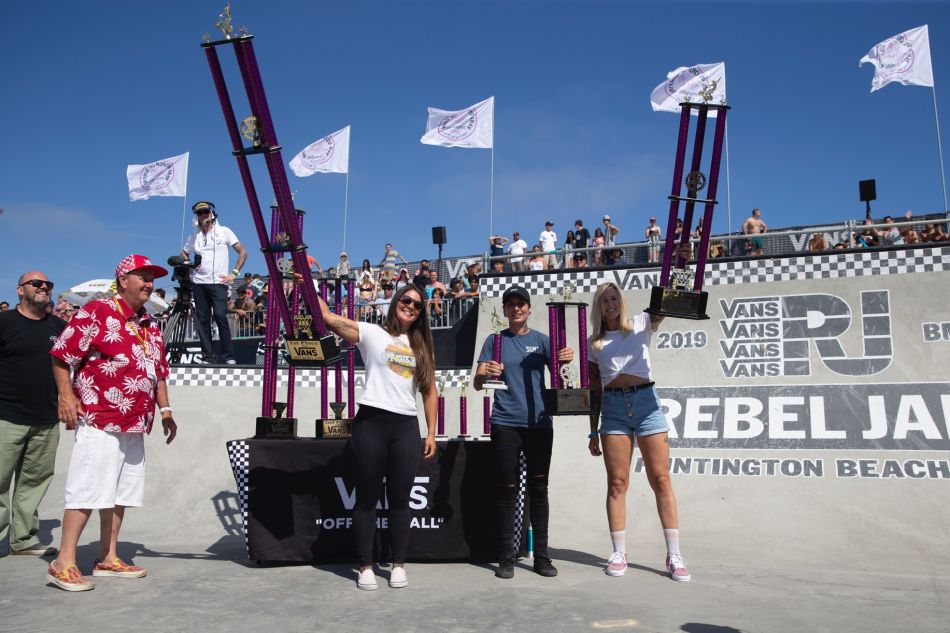 Garrett Reynolds, rail ride to 180° opposite down tail whip 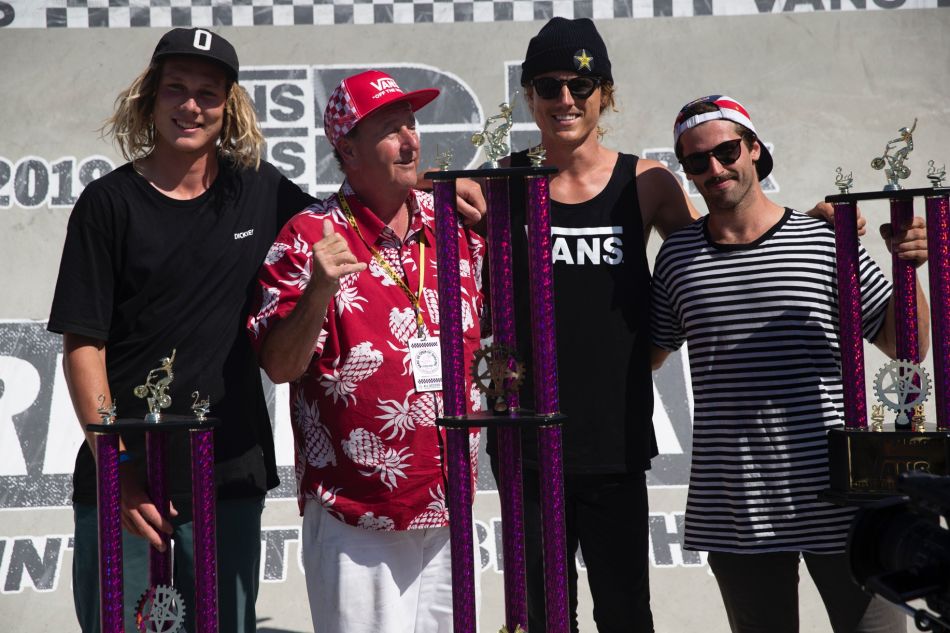 With nearly fifteen years of consecutive BMX competition history in tow, Vans was thrilled to bring the prolific Rebel Jam BMX contest to America for the first time, to showcase its world-class field of talented BMX street riders. Unlike any other traditional contest format, the Vans Rebel Jam philosophy supports fun, creativity and innovation, integrating custom-designed obstacles and tailored course elements inspired by the sport’s storied history and the unique style and approach of each BMX specialty, from Dirt and Park, to Street style riding.