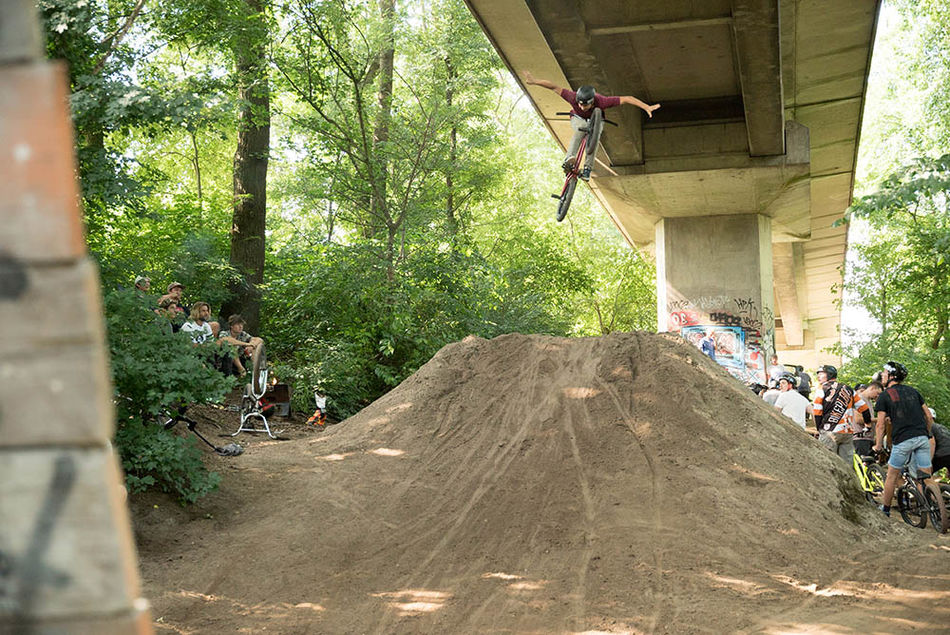 Music playing in the background, smoke from the BBQ is drifting around. A single dirt jump with a make shift quarter pipe at the end, a bunch of BMX riders hucking tricks and enjoying each others company without a trace of competitiveness. When I hear stories about jams like these, it’s always from riders talking about the good old times. When the scene was small and you were just happy to be able to ride BMX with other people.

However the situation just described is not from the good ‘old’ days but June 9th 2018. Many years ago Albert Moonen and his riding buddies created a spot they called the Junk trails. The name inspired by nearby homeless people that took residence under a bridge next to the spot. It has changed a lot but 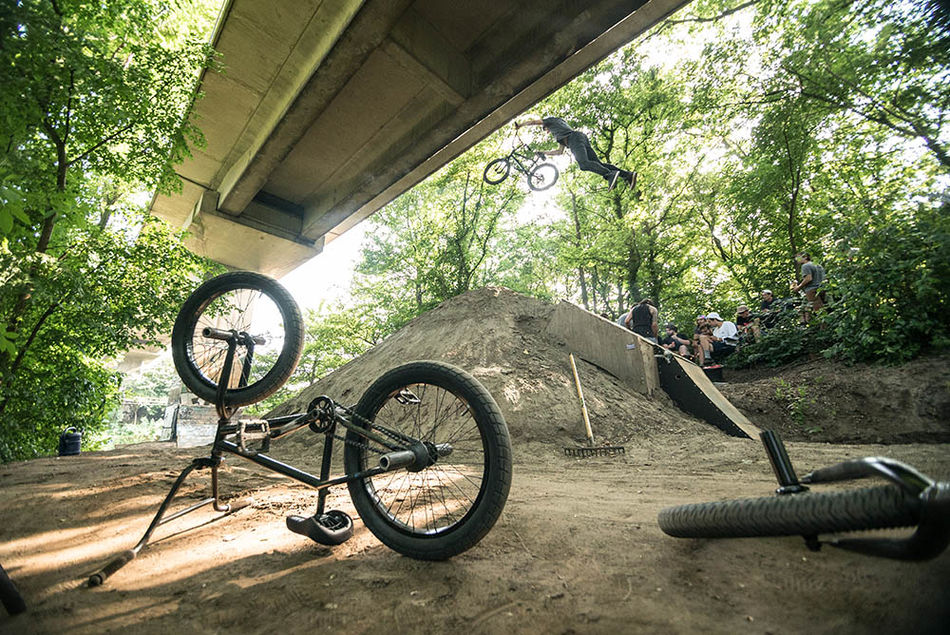 has been around in it’s current form for a few years now. The sessions that go off there always have a great vibe and last years first Junkie Jam was testimony to that.

So we did it again! Junkie Jam 2.0 was nothing short of amazing. Memorable moments include: Arjan Ellens dominating the quarter pipe with huge airs. Bart van den Broek doing the first frontflip of the day. Desmond Tessemaker finally back on the bike, going huge with a ton of backflip variations. Levi Weidmann racking up a lot of spins sometimes including barspins and tailwhips too. Niels van Maren doing ruben wallrides on the bridge pillar. Albert Moonen being close to 50 years old but showing us younger guys how to take a hit and get back up again. 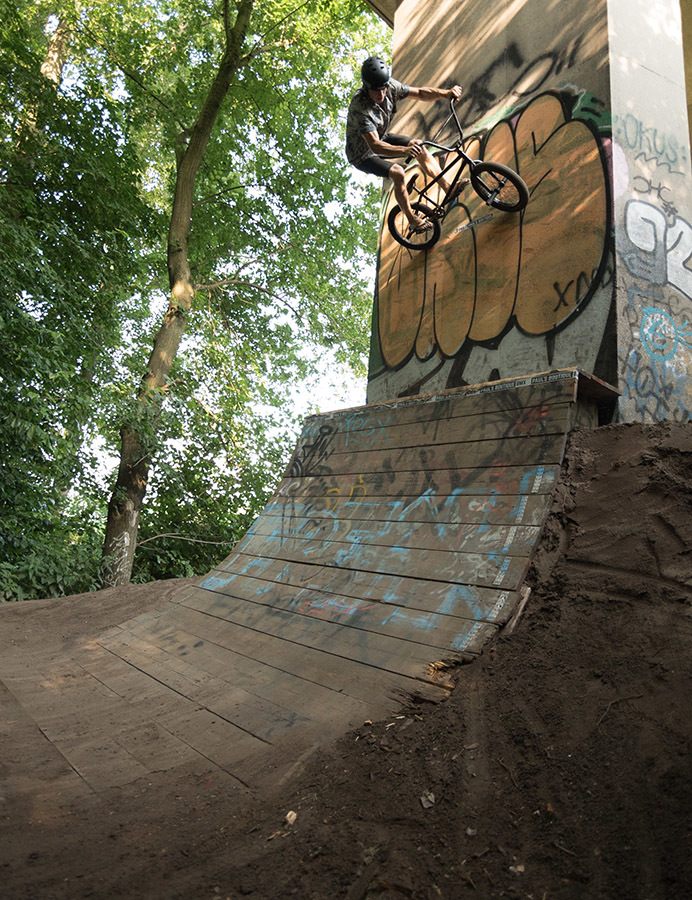 A lot of riders showing up just to watch the riding. First time riders getting as much love as seasoned guys. Daan van Wezel doing backflips and huge wallrides wearing sandals. This list could be endless.

Big thank you to Albert Moonen for keeping the spirit of BMX alive. DTX13 and everybody involved in getting the ‘trails’ in good shape for the jam and supplying everything needed to get the party going. 0172INK and Paul’s Boutique BMX for prizes to encourage the guys to go big.

Without a doubt the Junkie Jam will be back next year so make sure to come too! 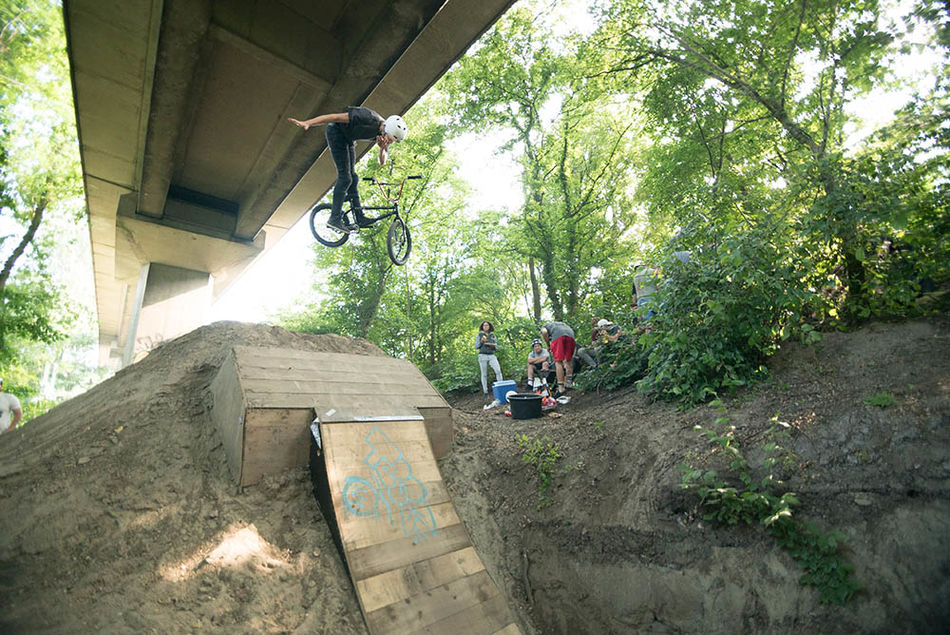 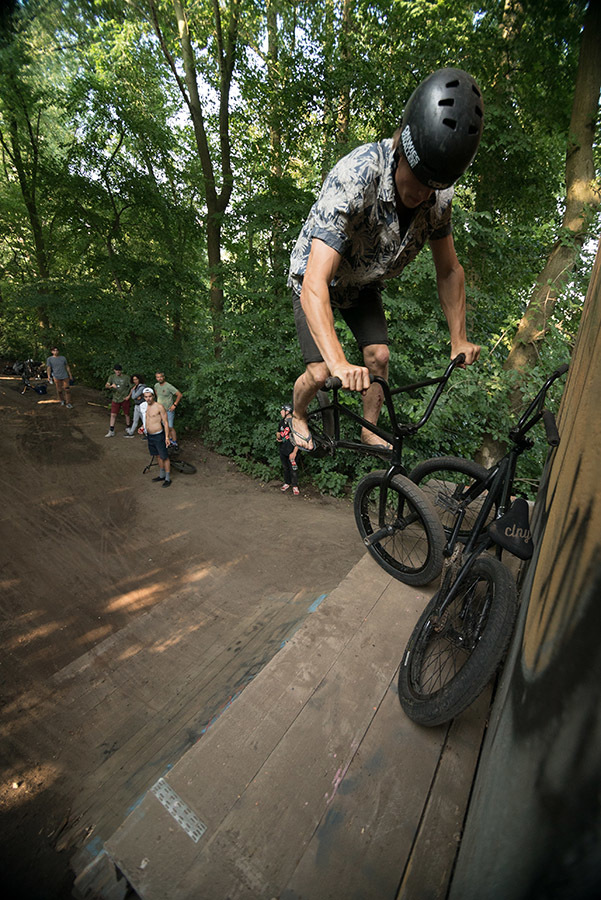 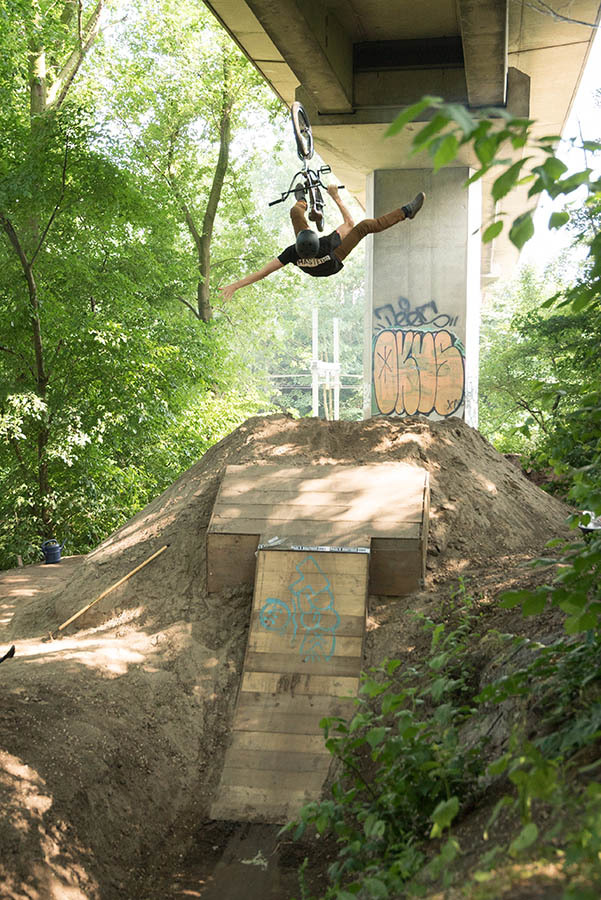 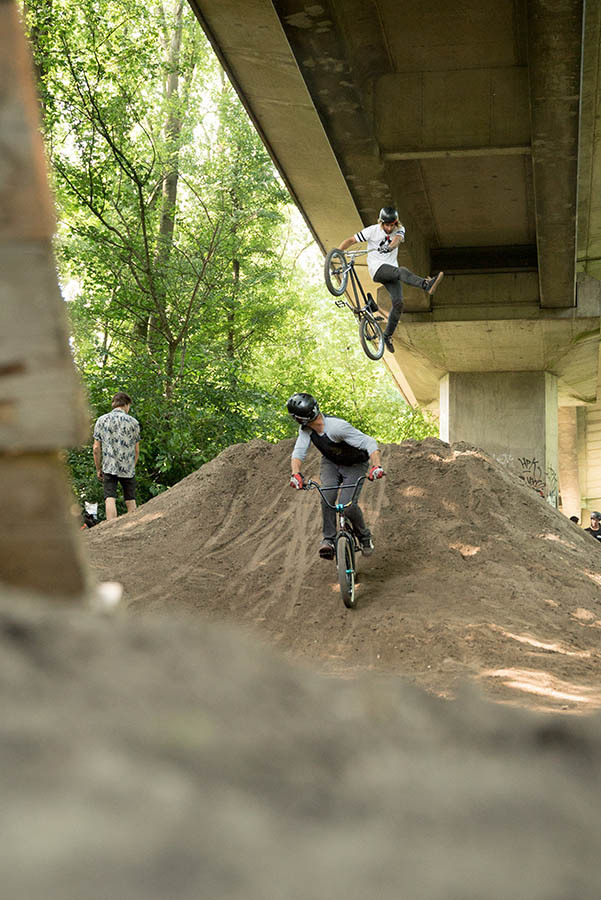 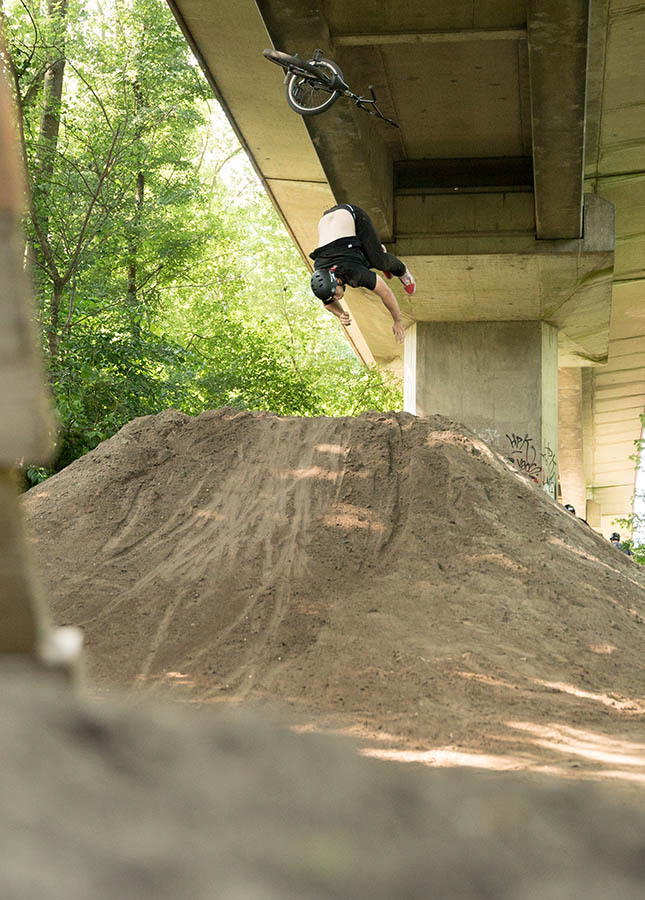