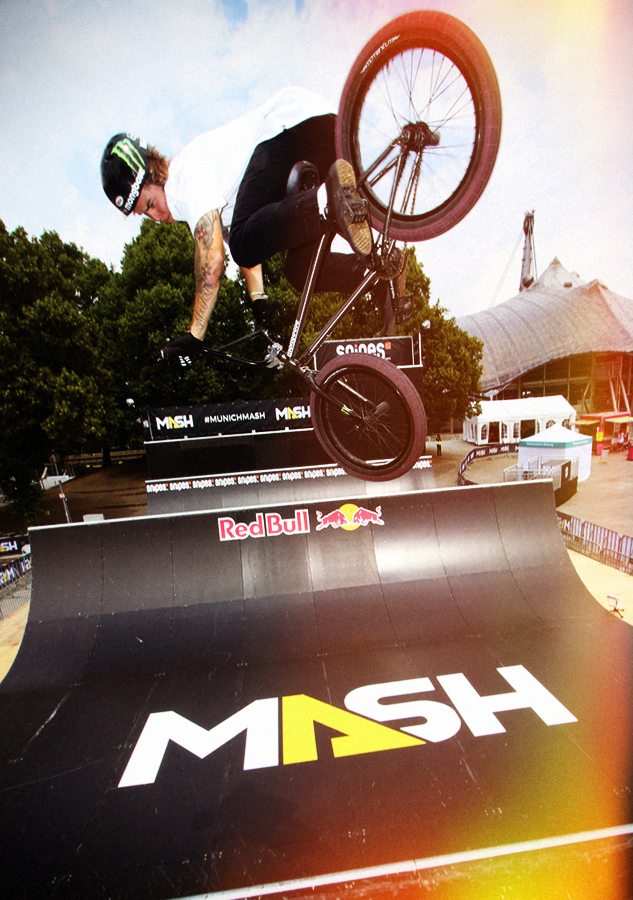 This year Munich Mash had a Miniramp contest. With 12 invited riders riding the contest in front of a big crowd, it wasn't short of action. The 040BMXPARK Spine Mini was built up and a big crowd gathered around it when the contest started. 4 riders would make it to the "Superfinal" which wasn't an easy job if you looked at the starters list. When Alex Hiam, Jack Clark, Michael Beran and Kevin Peraza don't make the cut, you know the top four already delivered the goods during qualifying. With 2 out of 3 runs counting towards a final score, Argentinean Jose Torres, Daniel Dhers, Kostya Andreev and Pat Casey made it to the final which was started straight after qualifying. Again the two best scores out of the three runs would count in the final and with the crowd behind the riders they cut loose.

Pat Casey has a Miniramp in his backyard and has turned into the fakie master. It's amazing to see how consistent he his in doing 180 tailwhips or 180 barspins over the spine to do something while coming in fakie on the other side. A 360 tailwhip for instance. But Pat is not limited to doing his fakie tricks, he's got the skills to go tech, high and bring the tricks. A few too many mistakes brought the American home on place number four, just missing the podium. Pat had won the Best Trick comp the previous day so not a bad weekend after all for Pat. Daniel Dhers found himself on the podium once again. Daniel is so solid in his riding and does so many tricks, knows when he needs to step it up, and

does so without making any mistakes. Spot three was his reward in Munich and we're sure it's not the last podium he has made. What can we say about Jose Torres? It's a good thing the ramp was place outdoors. No matter how high the ceiling would have been, he would have gotten close. The ramp was built up on a 1 meter high platform. The spine was 2 meters high. Jose aired another 3 meters above the spine doing no-handed three-sixties that lasted a couple of seconds. Everyone in the crowd had a perfect view because the only thing they needed to do was look up. Jose definitely had the height record at Munich Mash and filled up his runs with tricks on the sub box and on each wall. That height though! 2nd place and a good sized check went to Argentina. First place was for Kostya Andreev from Russia who combined tech, spins, whips, in the best way possible. Kostya only needs a split second to add a 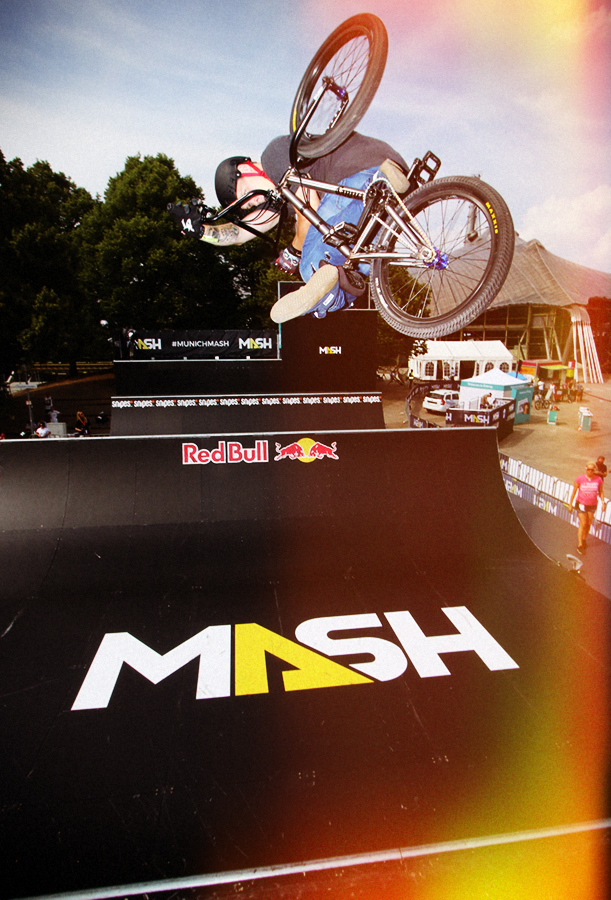 no-hander or barspin to an already sick trick like a double truck over the spine (to barspin!). It's the little extra's that gave the Russian the win in Munich. 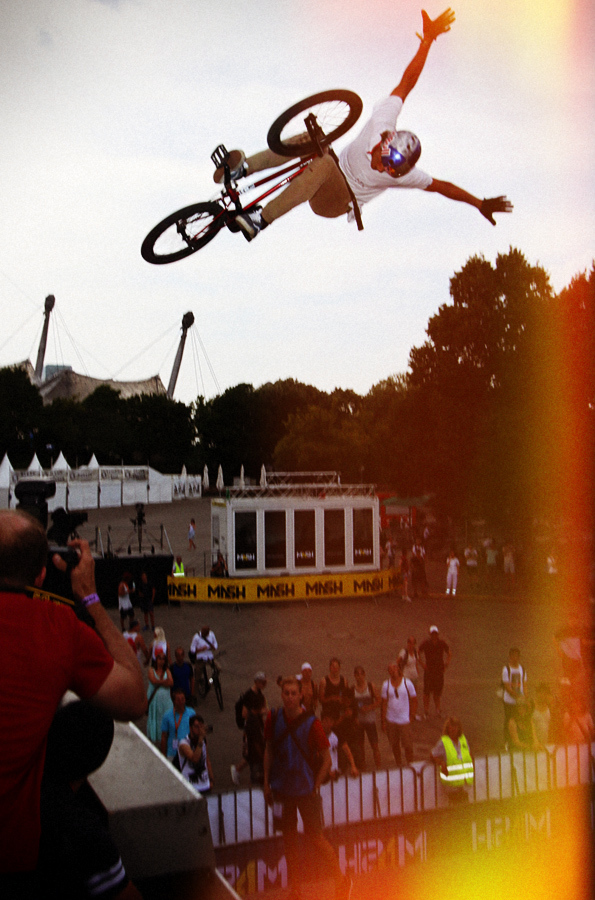 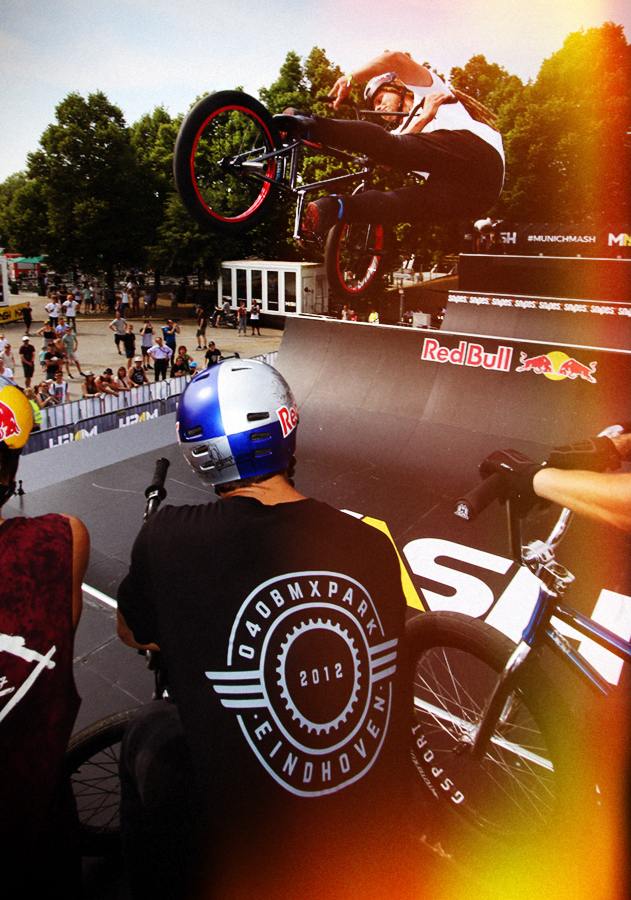