Written by  Bart de Jong
Read 6888 times
The Padded Cell road trip went down last week. We worked our way from London to Glasgow and a nine-day tour. Stopping at as many spots as we could along the way.
Highlights included: - Riding a drained 120 year old reservoir. - What could well be the strangest skatepark in the world in the ghettos of Manchester? - Sleeping in hedge when we couldn’t find a hotel. - A mini ramp in a pub beer garden. - The whole crew taking to the track for some BMX racing action.

Here is a list of the cast and crew:

Frank Macchio - Alone bmx’s NYC silent shedder. Rode his bike down round handrails and was stoked on everything.

Jim Cielencki – Produced creative lines at street spots even after wrecking his foot early into the trip. 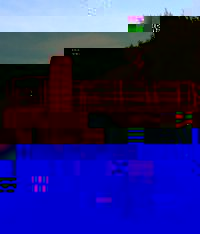 Darren Meenan – Filmed a lot of the action and had a good time on his first UK experience.

Joe Cox – Killed it on street. Will be editing the trip video and was part of team “Shank” in the back of James’ van.

Cam Hardy – Tons of style at every spot we rode.

Mike Taylor – Up handrail to whip was a highlight and shot the b’s all over the place (that’s barspins to the rest of us). The “Shank” instigator. 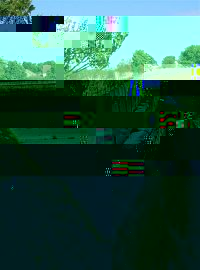 Neil Keddie – May impose a footjam whip ban on himself soon and pegged a scary backrail in Manchester.

Tony Watkinson – ‘Whipkinson’ shouts at road workers, has way too much sugar in his diet and loves the beats of Radio 1.

Sam Ward – Likes to go high and amazed himself by not getting one flat all week. Slammed hard a bunch of times and pegged in off a 10ft high 4ft back wall ride into a tiny 4ft high transition. (You will have to see the video for that one – its crazy)

Lee Boyle – Ate the biggest breakfast I’ve ever seen on day two. Spent ages on one trick in Newcastle, when he finally pulled it nobody got it on film!

Ian Schwartz – Fakie lines from London to Glasgow and even worked on his backflips. Another rider with a unique look at street riding.

Thanks to:
All the Padded Cell brands – check them at www.thepaddedcell.co.uk
Gav at Mode, Danny, Grant and the Crew from BSD that joined us, Lydia and her parents, Owen Clegg and anyone I missed I’m sorry.

Check out the video late 2006!
Trailer one
Trailer two
The Padded Cell Tea