Written by  Bart de Jong
Read 12824 times
Flatland BMX has taken another big step into the future and anyone that was at FLAT RING was fortunate enough to witness such an event. A perfect combination of art and athletics set in an awesome venue, Cirque D’Hiver, a round building in the center of Paris that has a long history of presenting talented circus performers. Saturday night was different than the past performances because the most progressive form of bike riding would be displayed and in a manner that had the crowd on their feet with excitement and disbelief. 28 riders (including 6 international judges) had travelled from all corners of the world to participate in an invitational flatland contest presented in a battle format. The 22 competitors:
Viki Gomez (Spain), Alex Jumelin (France), Justin Miller (USA), Martti Kuoppa (FIN), Michael Steingraeber (Germany), Hiroya Morizaki (Japan), Matt Wilhelm (USA), York Uno (Japan), Keelan Phillips (UK), Nathan Penonzek (Earth), Frank Lukas (Germany), 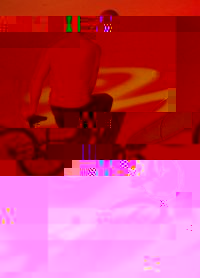 After the front doors opened the spectators were invited to watch the beginning of the finals which will now be two, one minute runs per rider. The battle format was used, this is were two riders go head to head as opposed to the traditional 3 minute style. The reaction from all was pure excitement, not only was the image beautiful, it was also progressive, all who attended saw cutting edge flatland riding. 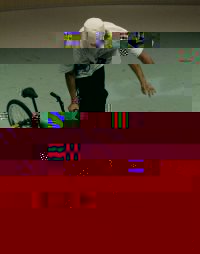 The day started off with each of the riders competing in a 3 minute run with the goal in mind to transfer through to the quarter finals. Only the top 16 would roll on. 1/8th final Battle #1 Adam Kun vs. Matt Wilhelm. Adam rode very good, but not enough to beat Matt’s aggressive turbining, spinning style. Battle #2 Matthias Dandois vs. Wolfgang Sauter. These two really pushed each other in a positive way and in the end Wolfgang’s unselfish positive energy helped the young French man move into the next round. Matthias impressed everyone with his no handed Crack Packer pumping in tight circles. Battle#3 Jeff DesRoche vs. Ryoji Yamamoto Jeff’s aggressive, on the edge riding is amazing to see live. It seems he rides even better under pressure, he managed to take Ryoji out of competition, so he himself could move on. Battle#4 Martti Kuoppa vs. Bram Verhallen. When these two were paired up you could hear people next to you take a deep breathe. These two riders are packed with an immense amount of skill and originality. After they finished, Martti, the leader of the new school had taught us all a lesson in how to advance to the next round. Battle#5 Justin Miller vs. Terry Adams. 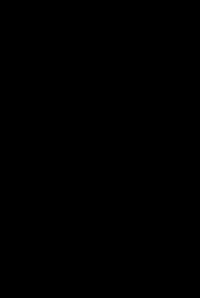 This battle was announced as the American Civil War, and it was a close comparison. Two usually friendly riders had suddenly become enemies. You didn’t see a single smile from either rider. They both rode so hard and so good it was tough to see Terry leave the competition. Battle#6 Mike Steingraeber vs. Keelan Phillips No brakes were used in this battle, not even a brake lever to be seen. These two chose to glide and use their shoe-to-tire as a means of slowing and stopping. Keelan rode so smooth and consistent, it left everyone wanting more and they will get more because Steingraebers inconsistency was his demise. Battle#7 Raphael Chiquet vs. Jorge Gomez Hometown hero, Chiquet has brought something very interesting to the game of flatland. His style is unlike any other. He prefers to link with pumping which creates this amazing turbine effect. Unfortunately for him, Jorge’s strong original links knocked Raphael out of the running. Battle#8 Alex Jumelin vs. Nathan Penonzek Alex unleashed new tricks that were all his own and did so in a stylish manner. Fast and smooth, just enough to barely edge out Penonzek. This had to be the toughest round to judge because both were absolutely unbelievable. These are battles and just like war these guys were looking to take casualties. It was turning into an epic event, and all that were in attendance could feel it. The presentation was breathe-taking, the crowd was amped, the riders were sweating and the judges were sweating even harder. 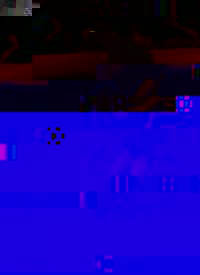 Now it’s time for the quarter finals. Quarter Finals Battle#1 Matt Wilhelm vs. Matthias Dandois. Matthias is the youngest rider competing at FLAT RING and he rode like a veteran. He pulled out all of his bangers to edge out professional badass Matt Wilhelm. The future of flatland is very bright. Battle#2 Jeff DesRoche vs. Martti Kuoppa. At this point things are getting really heated and Jeff is fully committed to pulling the crazy hard tricks with exciting intro’s and exits. Jeff pulls tricks that the average rider would step off and try again (or maybe not even try at all). It is a thrill to see Jeff ride. But, after Martti rode the average score of the judges put Mr. Kuoppa through to the next round. Battle#3 Justin Miller vs. Keelan Phillips. Aggression vs. Floating is the best way I can describe this battle and when it came to a pass to the next stage the aggressive Justin Miller would advance. Battle#4 Jorge Gomez vs. Alex Jumelin. Jorge Gomez invaded Jumelin’s turf with an unintimidated presence. Alex fought a good fight but would not be able to earn enough points to send Gomez home.

It’s about to get really hectic as we move into the semi’s. Semi-Finals Battle#1 Matthias Dandois vs. Martti Kuoppa. There was a time when Martti was the young gun, now he is a king and there is room for a new young gun. Matthias is showing everyone that he will be stepping into that position comfortably. Unfortunately this was not that night for Monsieur Dandois. He will be seated for the rest of the competition as Martti moves on. Battle#2 Justin Miller vs. Jorge Gomez. Justin appeared to be stoked to be in the same ring as Jorge. Was it because he has always looked at Jorge as an inspiration, or was it because he felt confident he would freeze Gomez’s momentum he was carrying on his journey to the finals? Only Justin knows and whatever it was it doesn’t really matter. What matters is that Miller would win this battle and make it to the grand finale. 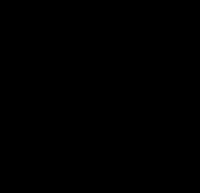 Now we are ready for the main event and the announcer has the whole venue on their feet. Everyone at this event is a part of BMX history. Final The battle Martti Kuoppa vs. Justin Miller. This round could be compared to two Ultimate Fighting athletes, there was nothing pretty or funny going on. It was pure blood, sweat and aggression. All etiquette was thrown out the door and a hardcore session had entered the arena. Martti and Justin were not only battling with sick tricks and insane combos, they were also fighting for turns at the floor. A couple of times it appeared Martti wanted to pull his moves so bad he neglected the fact that there was another rider. Justin wasn’t happy with this and showed his disgust by using his middle finger and facial expressions that made his feelings very obvious to everyone. Some may look at this as a negative attitude to reflect on flatland, while others will argue that this is the kind of fire and drama that makes flatland the greatest sport/artform on the planet. Either way flatland events will have a new level to achieve.

Much love to the Cream Team for inviting me to be included.