The NBR crew sent us an invitation to come check out the Meker skatepark in Middelburg. On Saturday 14 January we (Wendy, Philip, Bart) headed to Zeeland for the jam and video premiere. After a short family stop at the beach (4 miles away) we entered the Meker. A couple of riders were already jamming in the transformed sports hall (now skatepark) and the i-Pod was taking care of the sounds. With our son Philip around, it was hard to tell how long we could stay for the jam so I opted to take a couple of pics right away.

Park managers Vladdie de Koning and Rolf Blenk were cruising around the park on their bikes. It helps when skatepark managers are BMX riders; bikes allowed. Thomas "Pop up" Ruissen was doing manual to barspins and manuals to crankflips and also did turndowns over the little jump box. 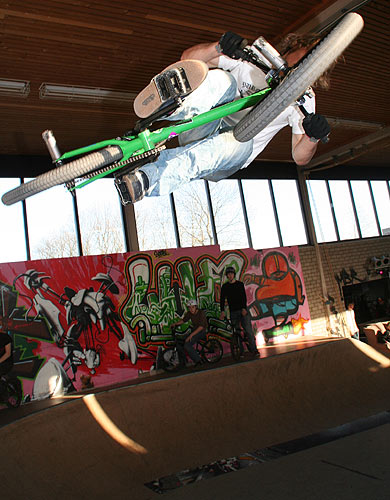 The park had full length quarters (to wall) on both sides and some ledges in the middle. It wasn't huge but it was fun.

Having an indoor spot like this to ride in the winter is awesome. 13 year old Waldemar from Goes pulled his first ever wallplant for the FATBMX camera and was stoked. Pim's friend did a fufanu on a subbox and Pim van den Bos himself went loose on the wall (he hit the basketball board with his front wheel once and went down hard). The Simple rider also did whip disasters and fufanus over the sub box.

NBR photodude Colin Hage was riding the park at one moment and then working the bar next. 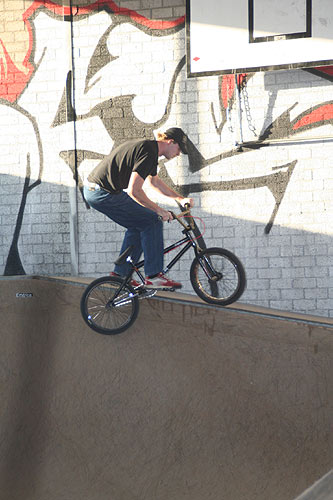 He did cool switch feeble to 270's on the quarter. Tim Janssen is the Tech line master; whip airs, hurricanes-disaster to 540 tap- and lots of cool lip tricks. Next thing I know, Philip de Jong is taking a run on his Haro Z12. What!? He had been watching everyone for a while and needed his bike. At 2 years old he was definitely the youngest participant at the NBR jam. 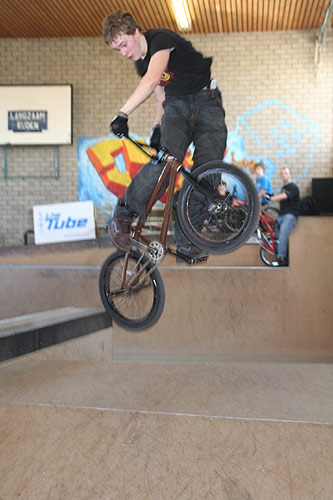 Hannuh Cools, Mark Vos and Barry Kohne rode a little demo and after that the goodies (provided by Paul's Boutique) were given out to the riders who deserved it most: Thomas Ruissen, Pim van den Bos and Tim Janssen. By that time the disco lights were taking over and the Red Bull Loading video was started. Good times. 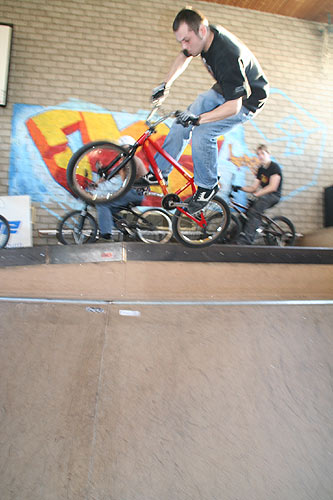 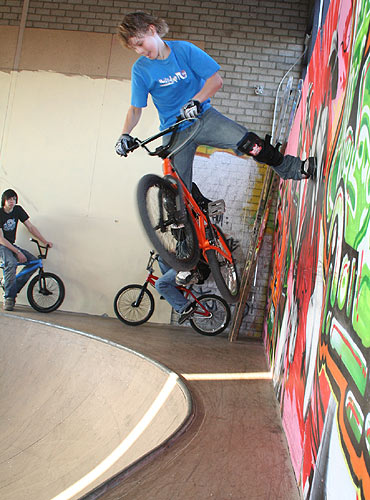 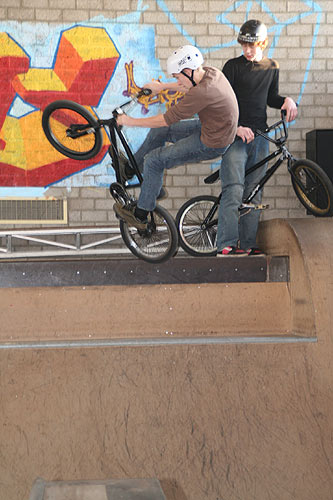 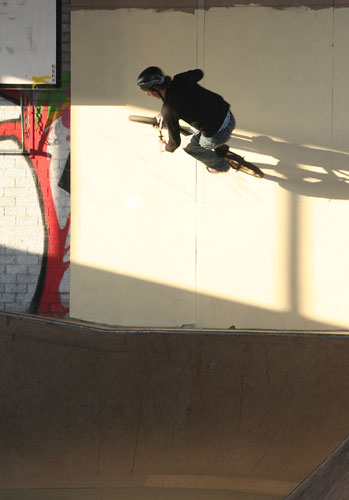 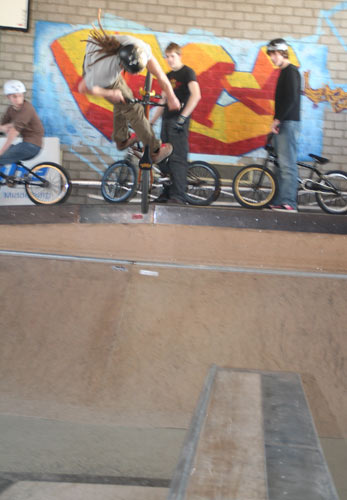 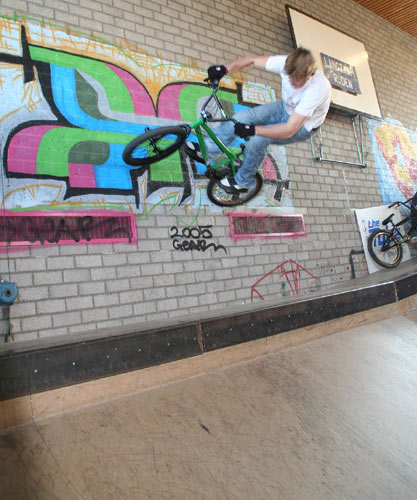 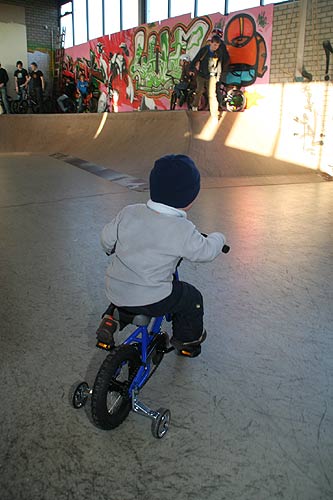 More in this category: « BMX invasionBike Battle # 6. By Al D. X-air New Zealand results in vert, street and dirt. »
back to top