Written by  Bart de Jong
Read 8591 times
September 2006 Seattle, WA -  Seattle Bike Supply Inc.(SBS), an Accell Group company (Accell Group N.V.) and owners of Redline Bicycles, and Ten Pack Distribution (sister company to MacNeil Bikes Inc.) are proud to announce a two-part distribution deal designed to grow brand awareness and revenues for both Redline and MacNeil within the Canadian and US markets respectively. This synergistic deal brings together SBS and Ten Pack, two of the most respected distribution companies within the North American bicycle market. 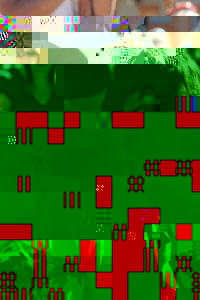 "We are excited about the growth potential that exists in the Canadian market for Redline and our other proprietary brands," said Chuck Hooper, President of Seattle Bike Supply, "and we're confident that Ten Pack can help us realize our goal of growing our brand names in Canada. Ten Pack has been a dominant player in the Canadian BMX market and we look forward to growing with them by way of Redline's broad line of products."

With BMX racing included as a full medal sport in the 2008 Olympics, the BMX industry is well positioned for significant global growth. "SBS's proven track record and knowledge of the BMX market made it an easy decision" said Jay Miron, 9 time X-Games medal winner, 6 time World Champion and President of MacNeil Bikes. "This was a huge deal for us. MacNeil now has the total US distribution we've been looking for, and Ten Pack picks up one of the strongest BMX race brands just ahead of the Olympics." The deal will have SBS carrying the full line of MacNeil products, and Ten Pack will initially bring Redline's full BMX line in with the goal of bringing in the broader line of Redline products. The exclusive agreement comes off the back of The Accell Group's recent acquisition of Seattle Bike Supply and shines a light on SBS's focus on product line growth alongside strengthened international distribution. For Ten Pack, it represents their first steps towards a full service bicycle distribution company.