Written by  Bart de Jong
Read 37032 times
The latest Eurobike trade show in Friedrichshafen, Germany was the biggest one ever. Even for BMX it had quite a bit to offer. Usually it's the same few big brands that show the new product but the 2006 version of it had the biggest ('core) German BMX distributors (Allride, G&S, La Finca, Unity) display their new stuff. Some had a booth outside (Allride, KingKong, Kuwahara, Perv and they were lucky with the super weather in Friedrichshafen. It was a stacked show which had over 31,000 trade visitors, 19,684 visitors on the Open House Day and 1,064 journalists from 32 countries. 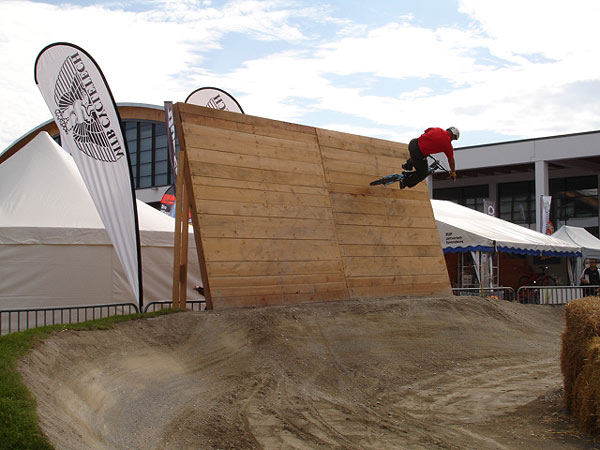 Todd Lyons was seen riding the course outside on his BMX again. Last year he was the only BMX-er in the MTB race and managed to grab a podium spot. TL was keeping it real on his SE, provided his camera to FATBMX to take some pics and was looking for a new German distributor as their current importer decided to stop carrying the Wildman's, Quadangles and PK Rippers for Germany. Any takers? 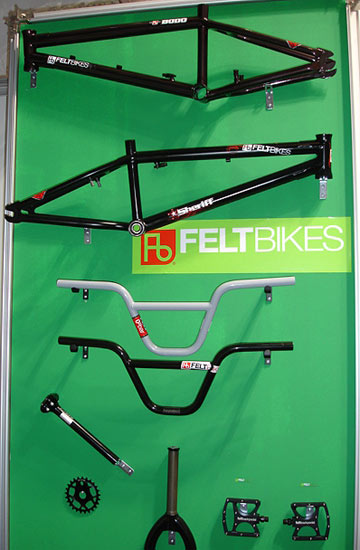 Felt had a wide range of BMX bikes on display. Especially their race stuff looked nice. Sport Import also carries Odyssey, Sunday, ODI, Protec, G-sport, FLY and several other brands and made a special section with all the parts displayed on big boards with Bodo in the middle. 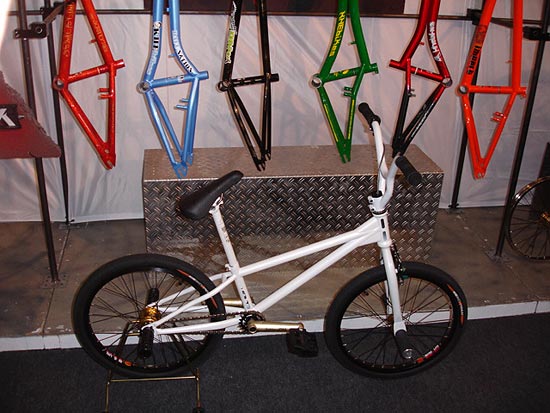 Frank Lukas, Michael Sommer and Sebastian Popischl did flatland shows on a regular basis just outside of the Sport Import booth and attracted big crowds every time. It's good to show the cycling crowd what BMX is all about and the flatland shows helped with that.

We had a quick look at GT's bikes but didn't notice too many changes. We did hear though that they are working on a top secret new BMX race bike over at their special Colorado product development facility. Can't wait to see that.

Free Agent and Stolen Bikes paired up for a booth and Anthony Revell was stoked on his new line. Especially the John Jennings signature model and the Kawasaki green complete bike looked sweet. 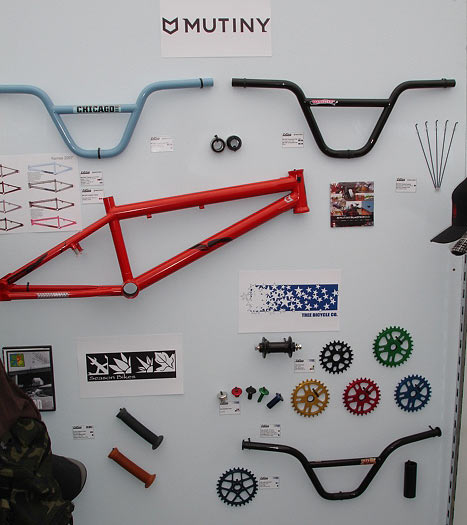 La Finca showed the 2007 wethepeople line and the new United stuff among other things.

KHE had their signature frames all lined up but a few were missing as their riders needed them (Bram Verhallen RIP). New from KHE were a mid-size foldable tire, a super light handlebar with holes in the grip ends, the LEGO style pedals and BMX race bikes.

All Ride showed product from 2 HIp, Failure, Mutiny, Vult, Lavar, FBM, Primo, FIT, Manmade, Tree bikes, Lotek, Inopia and had a sweet old school Skyway TA on display for the heck of it.

Mirraco did not show any bikes to the public but had 5 bike samples at the show that were used at a special distributor presentation. 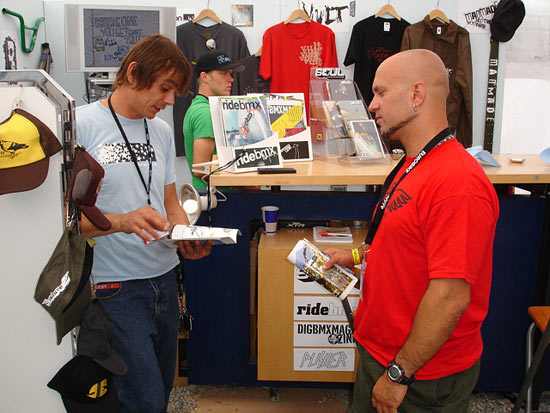 Unity distribution had a booth with Snafu, Shadow Conspiracy, Mankind, DK, Simple and RNC product and HARO's disposable $10G booth had a couple of their 2007 BMX complete bikes. 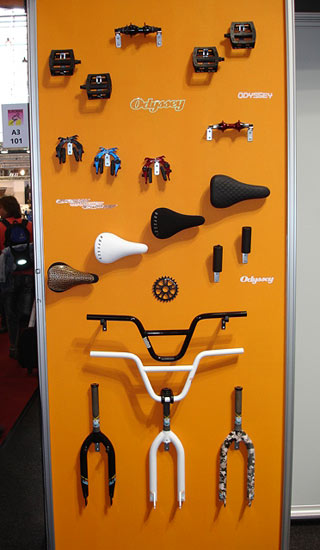 G&S showed the 2007 Eastern Bikes line which surprisingly had the extra slots on different parts of the frame to make things lighter. Blame the Grim Reaper for that.

Diamond Back showed a few entry level bikes and MBK had a fast race machine on display that Florent Boutte rides for them.

Redline is going to make a strong presence in Europe in 2007 through their new distribution channel so don't be surprised if you see Redline's lined up in your local bike store.

Tons of stands had an extra BMX bike stalled in a corner somewhere, bars in Chicago style, seatpost at a height that Jody Donnelly would be proud of, 44-16 gearing and huge drop outs. They have heard that BMX is happening but it seems that they just missed the boat. Check the photos for the new stuff and we'll be bringing more product news to you from Interbike in Las Vegas in a few weeks. 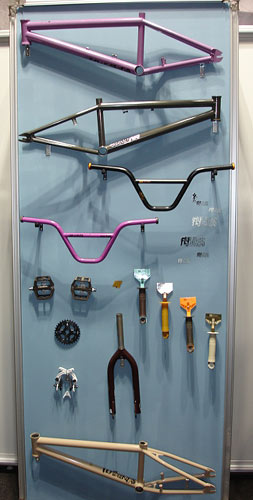 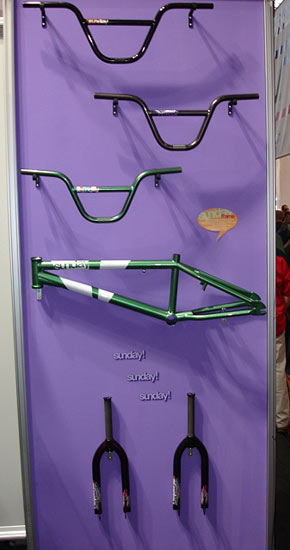 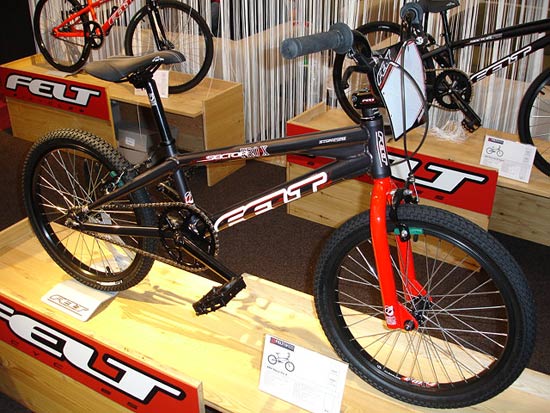 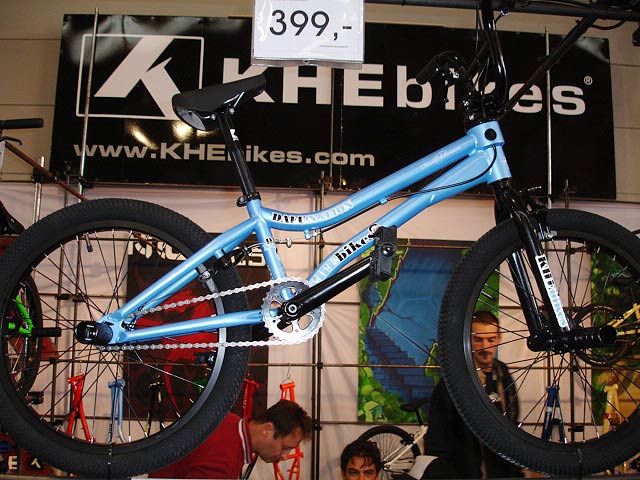 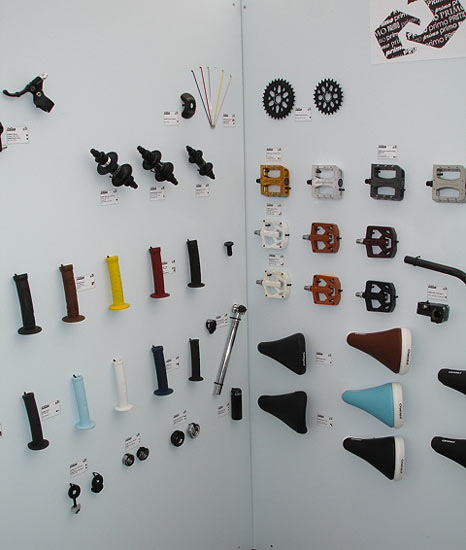 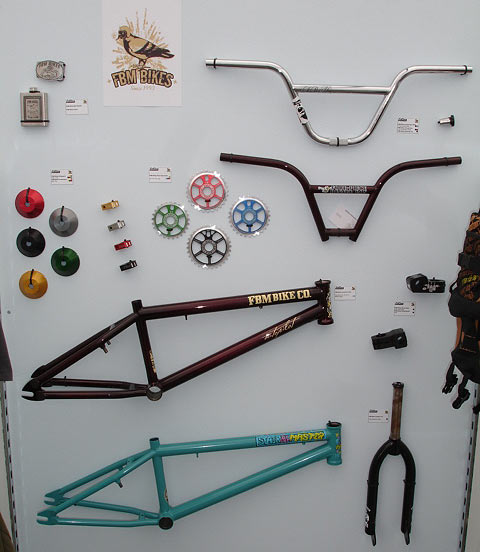 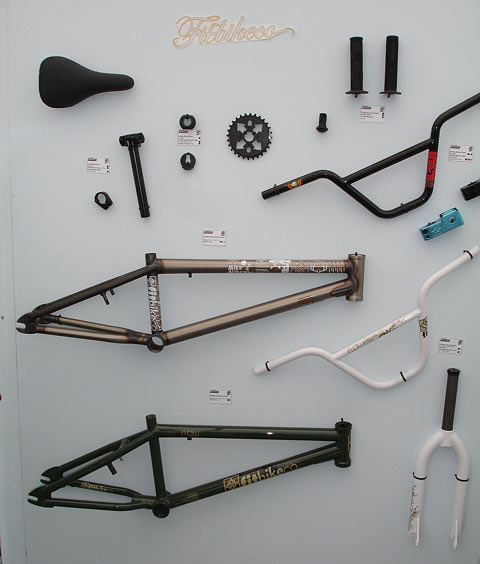 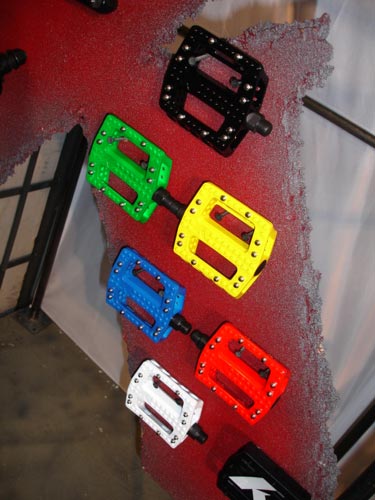 Thanks to TL for letting FATBMX use his camera. The batteries on ours jammed. Shit happens.

More in this category: « System Cycle picks up two Euro brands SD distribution expands with 2 new brands »
back to top