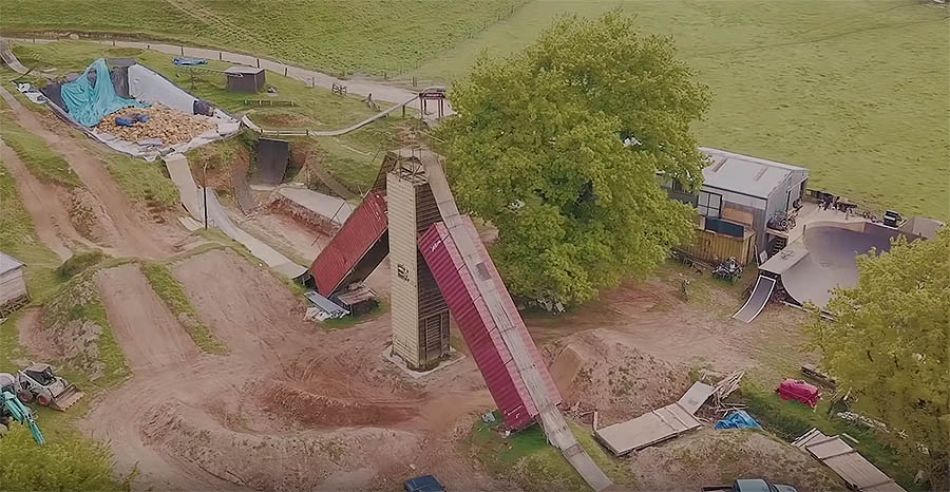 The Biggest BMX Dirt Jump in the World? by Nitro Circus

Jed Mildon has been working on an absolute pinnacle of dirt jump sets for over five years, and in fall 2018 it was finally ready for prime time. Riders from around the world showed up to dial in the setup and then compete in a jam session to break it in.

NITRO CIRCUS’ RENOWNED YOU GOT THIS TOUR TO HIT U.S. OUTDOOR VENUES 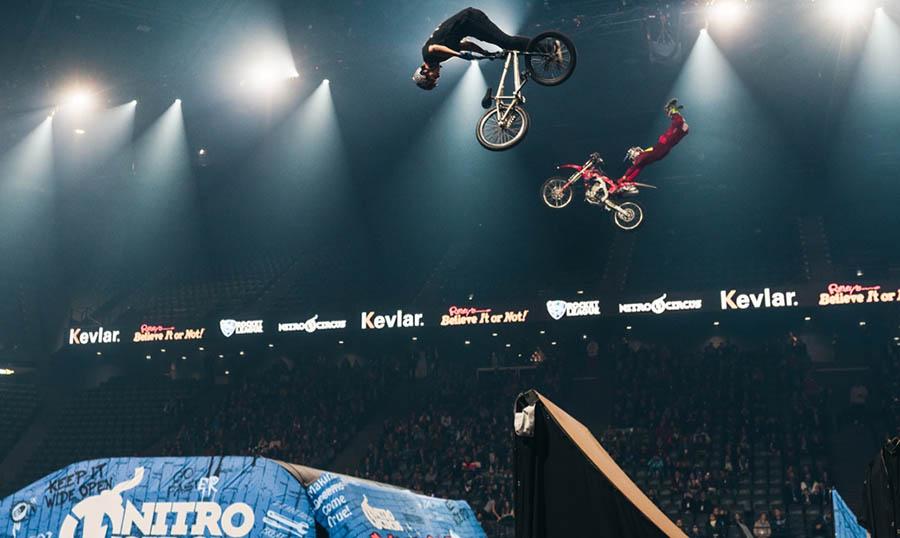 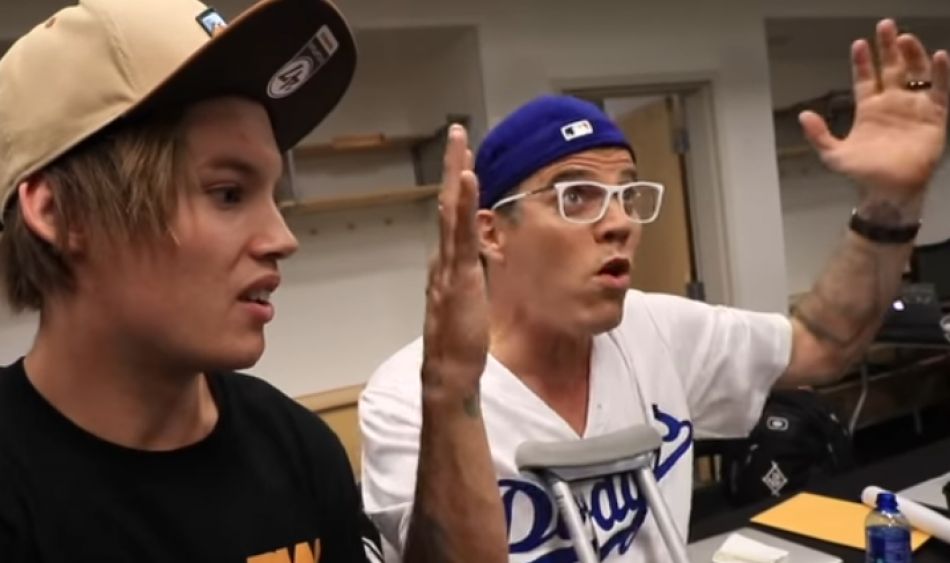 Meeting Steve-O for the first time ever at the Nitro Circus show in Anaheim, California! I have always wanted to meet him and I can't believe that talk we got to have together. Then I got to do a show for him and I managed to throw down some crazy tricks in the best trick, such as a Double Frontflip 360 on BMX! 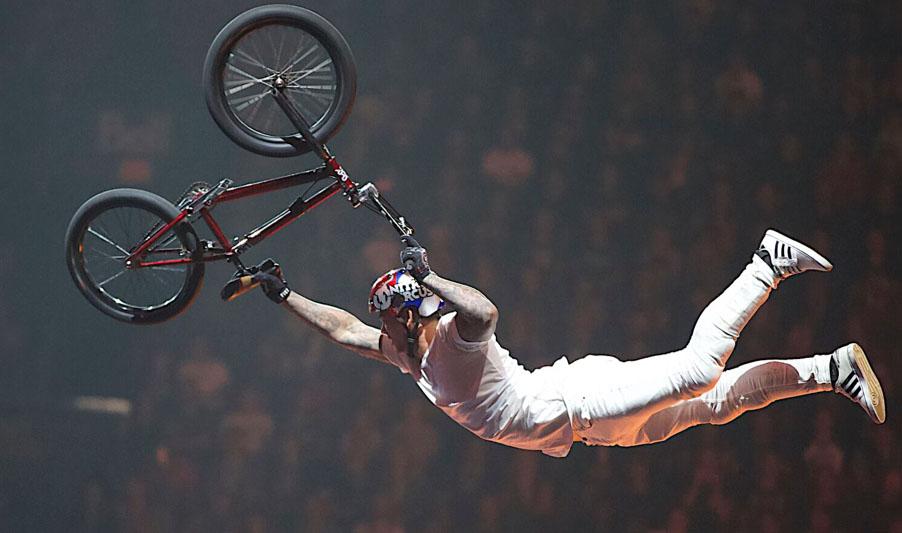 Today, action sports entertainment leader Nitro Circus announced that they are teaming up with world-renowned helmet brand Bell to add more flavor to two of Bell’s most popular bike and skate helmets, the Sanction and the Local. Nitro Circus and Bell Helmets are two brands founded on a passion for pushing the limits and having fun in the process. It’s this camaraderie and risk-taking spirit, all in the name of innovation and adventure, that defines everything both companies do and formed the basis for an organic partnership. 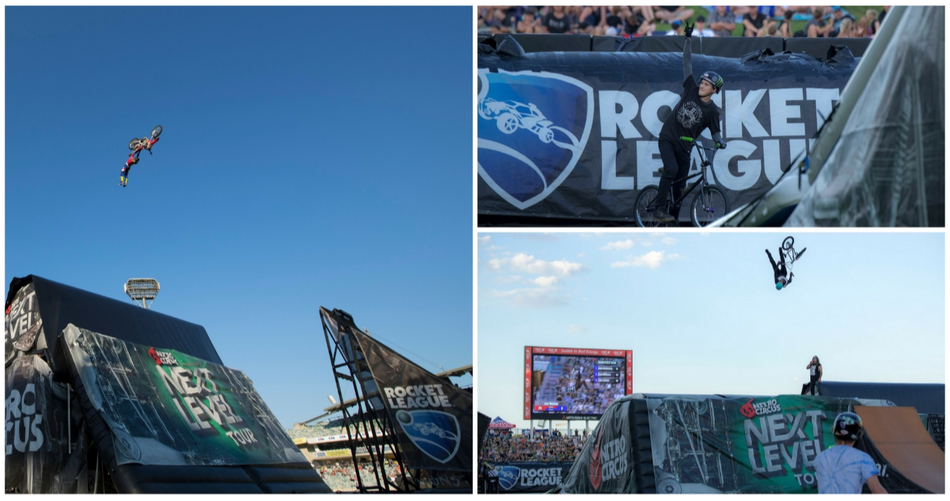 Sports entertainment brand Nitro Circus and independent video game developer and publisher, Psyonix, are excited to announce that Rocket League is an official partner of Nitro Circus globally for 2018. Rocket League, the hit sports-action game with a worldwide community of more than 44 million players, is a high-powered hybrid of arcade soccer and driving with rewarding physics-based gameplay. It is developed and published by San Diego-based game studio, Psyonix. Throughout 2018, this partnership will see Rocket League integrated into all of Nitro Circus’s live shows worldwide. 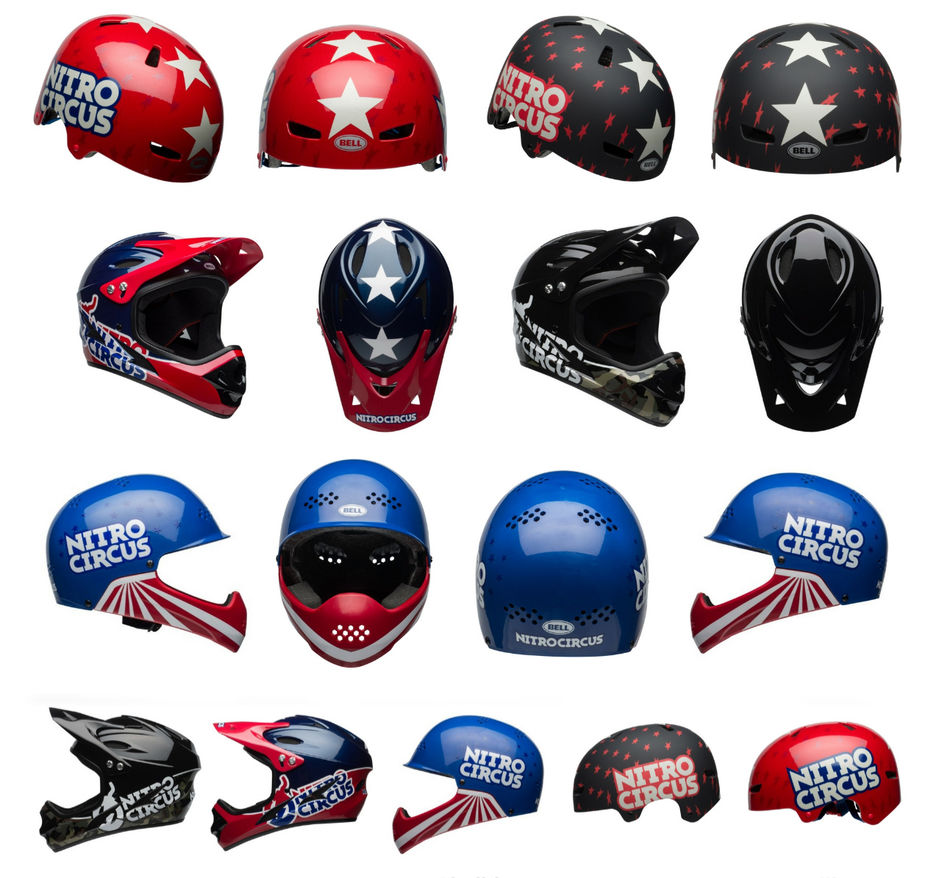 Spring has sprung which means it’s time to step away from the screen and get outside for some fun! Whether on a BMX bike or a skateboard, staying safe is of the utmost importance when it comes to playing on two wheels or four. Some would say that no one knows more about the importance of safety than Travis Pastrana and the Nitro Circus crew. The rambunctious group of Nitro Circus athletes have seen their fair share of crashes and that’s why they trust Bell Helmets to keep them safe. To encourage you to pursue your dreams safely, Nitro Circus has teamed up with
renowned helmet brand Bell to create two youth multisport helmets, two full-face youth bike helmets, and a full-face child’s helmet that are all available to everyone at an accessible price.

“Money shouldn’t dictate whether or not your head is protected.” said Travis Pastrana on Nitro Circus’ partnership with Bell. “We want kids that are fans of action sports to be able to go out, have fun, and hone their skills, but to be safe while doing so. It was important to us to create helmets that are safe yet affordable for everyone”. 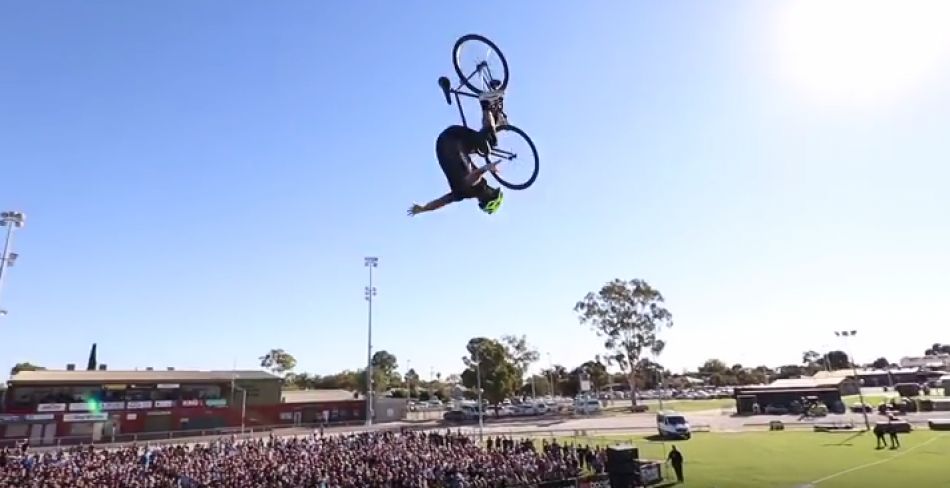 World First Frontflip Rock Solid on BMX during the Nitro Circus show in Mildura, Australia! After crashing this trick the previous week and seriously hurting my groin I came back and gave it my best try. Watch the video to see how I went! I also invcluded a bunch of extra content such as the FMX Best Whip contest, Kurtis Down's new world first (Backflip Dead Body on BMX) and much more!

NITRO CIRCUS GEARS UP FOR THE YOU GOT THIS TOUR. Coming to U.S. and Canada This Fall 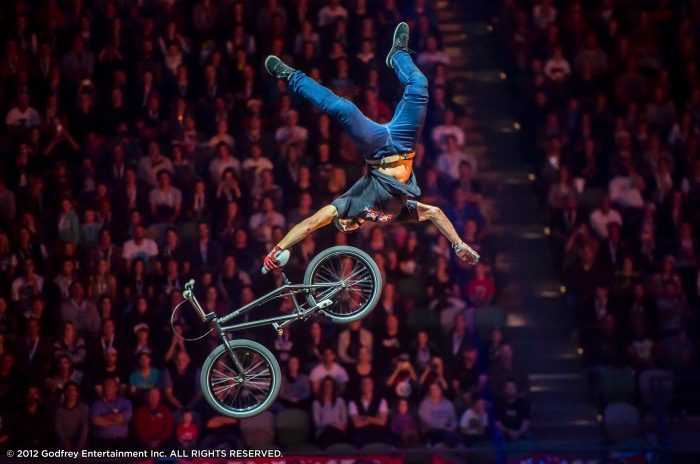 Nitro Circus’ biggest moments, and some of its most notorious crashes, have come from the mind of Travis Pastrana. For the action sports icon, pushing the envelope is just another day at the office. But Pastrana also has the uncanny ability to encourage his fellow riders to go big or go home as well… In some cases despite their better judgment! Now with the 2018 You Got This tour, Travis debuts as executive producer to ramp up the shenanigans with the greatest, craziest, funniest show in Nitro Circus history. Kicking off September 28, 2018 at Montreal’s Centre Bell, Nitro Circus: You Got This will visit U.S. and Canada arenas this fall. Fans can get a jump on the action, though, with tickets on sale starting this Friday, March 9 at nitrocircus.com. 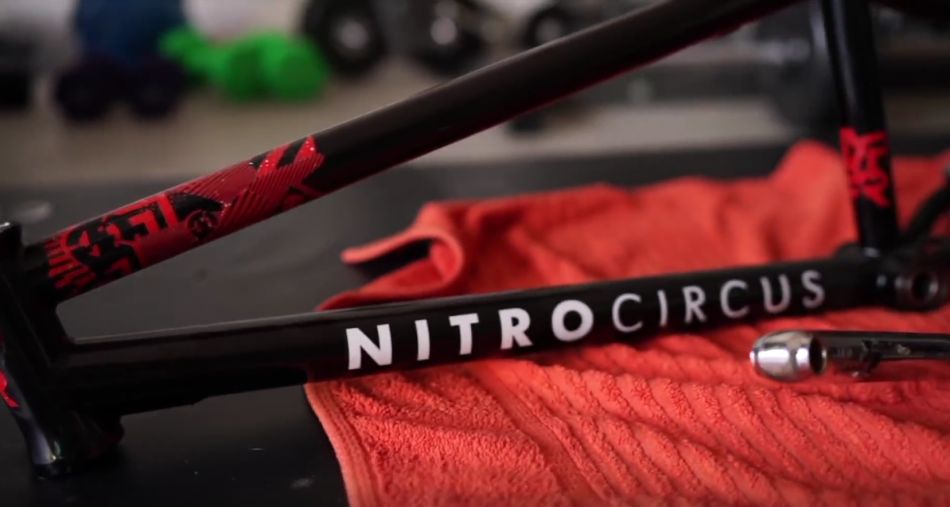 See what my BMX set up looks like for 2018, as well as take a little look through my house and at my local skatepark Caloundra. I ride this bike at the skatepark and at Nitro Circus, I never need to change anything on it. Hope you enjoy the video! 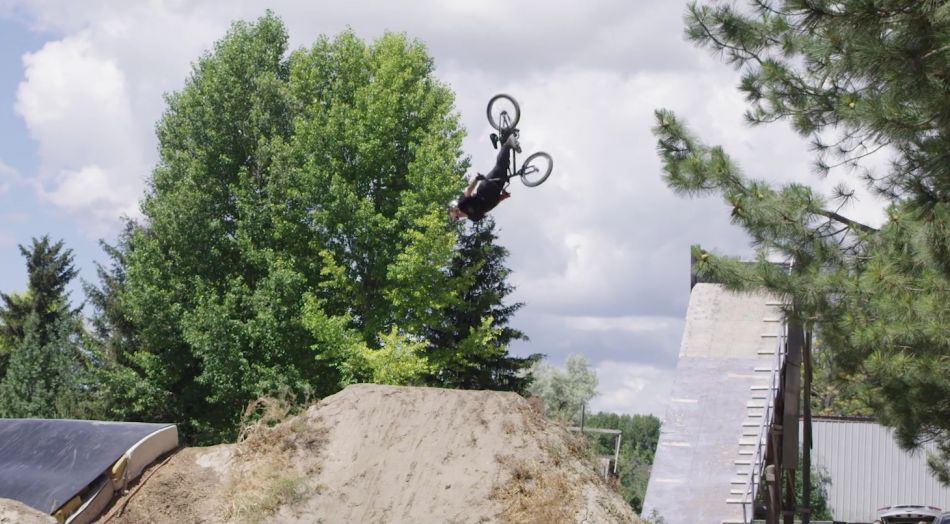