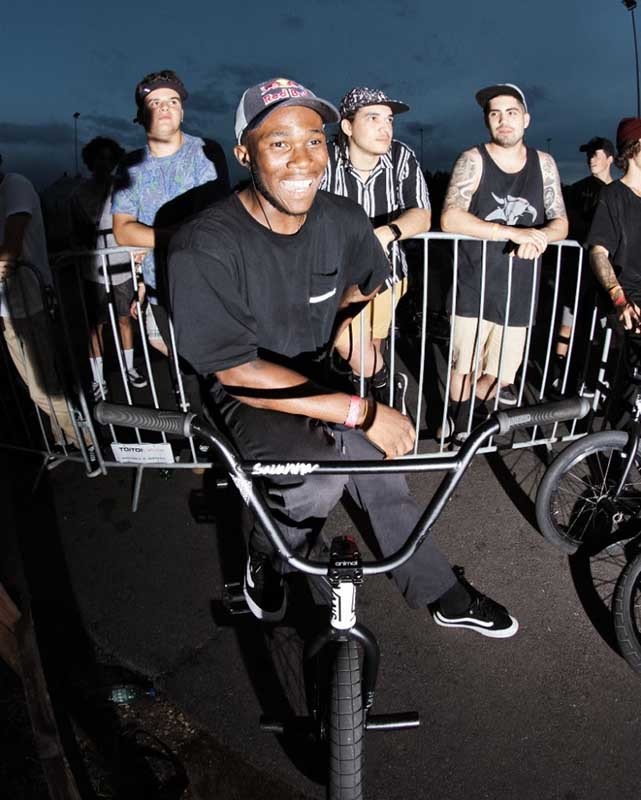 Courage Adams ESP leads into the Finals as top qualifier out of 42 riders at the Simple Summer Session in Riga. Latvian riders Marek Kuhalskis and Kristaps Reimanis made the cut and will be competing in Sunday's final.

12 BMX riders will be competing in Sunday's Finals. Here are the Finalists (from top score): 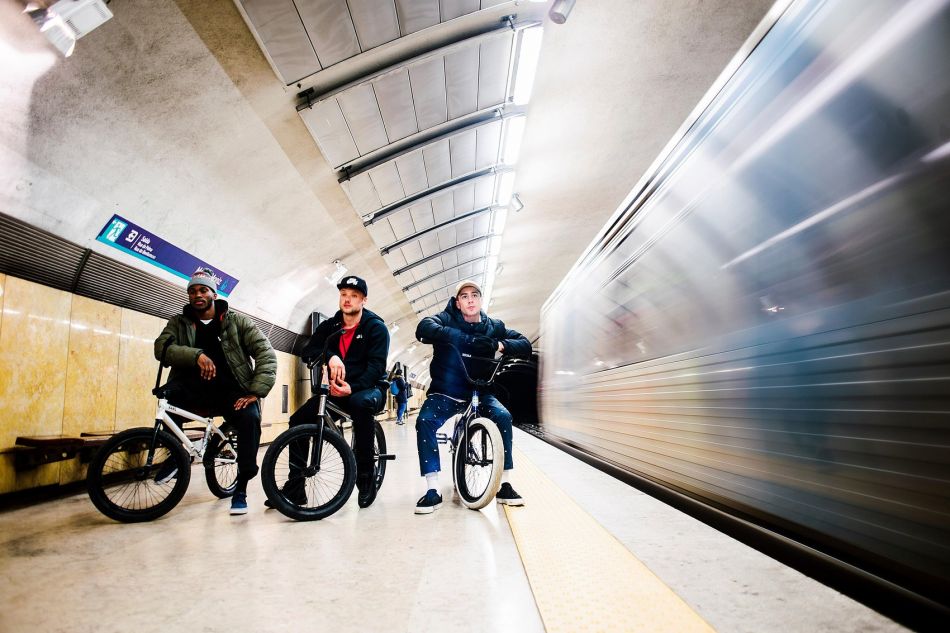 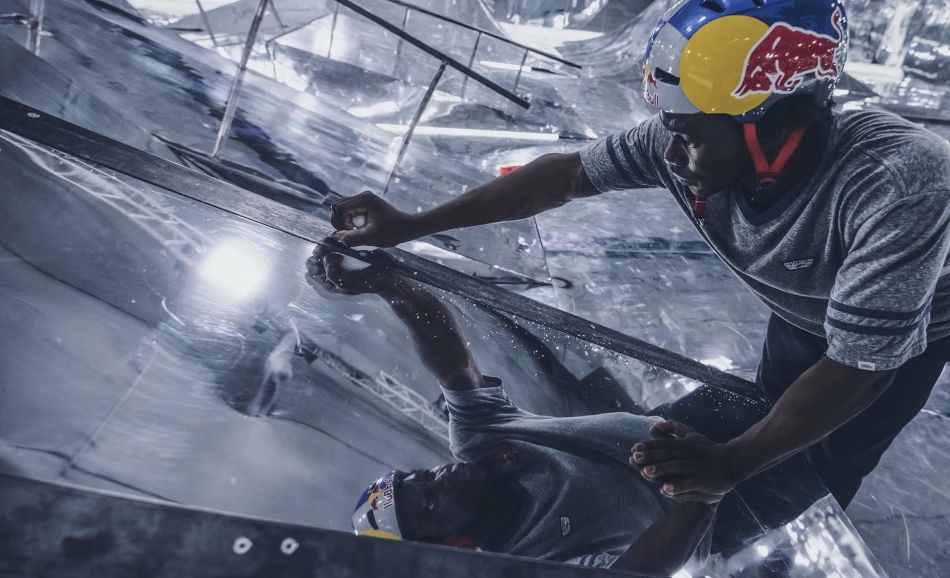 Imagine a very sick bikepark. A tailor-made park including all the sections you need to rise BMX limits to another level. Now imagine the same park fully covered in mirrors. Finally, imagine two of the best riders of the moment nailing tricks you might have never seen. Hard to believe? Also hard to turn it into reality. But it’s not a mirage, it’s absolutely true. It has happened somewhere near Pamplona in Spain and twelve months have been needed to make this possible.

One year throughout which, amongst other things, the Spanish rider with Nigerian origins, Courage Adams (22), has been one of the main responsibles of the thorough design of its sections. However, riding alone in this unique bikepark made no sense and it was a huge challenge. Besides, the first feeling he had once he saw the finished park was “it looks like a spacecraft. That place looked nothing similar to how it was before,” he pointed out.

The decisive moment had come. Courage invited German rider Paul Thölen (19), who came from his hometown Viersen exclusively for the occasion. “As soon as I saw the Mirror Park I thought it was surreal and that I wouldn’t be able to perform a single trick”, he confesses.

The trouble you have to face when riding on such a slippery Surface and facing your own reflections is extreme. Everything is complex and confusing. Stimulus are multiplied times one thousand and your surrounding becomes imprecise and uncertain, to the extent of getting dizzy and having to stop several times until you get back on track. 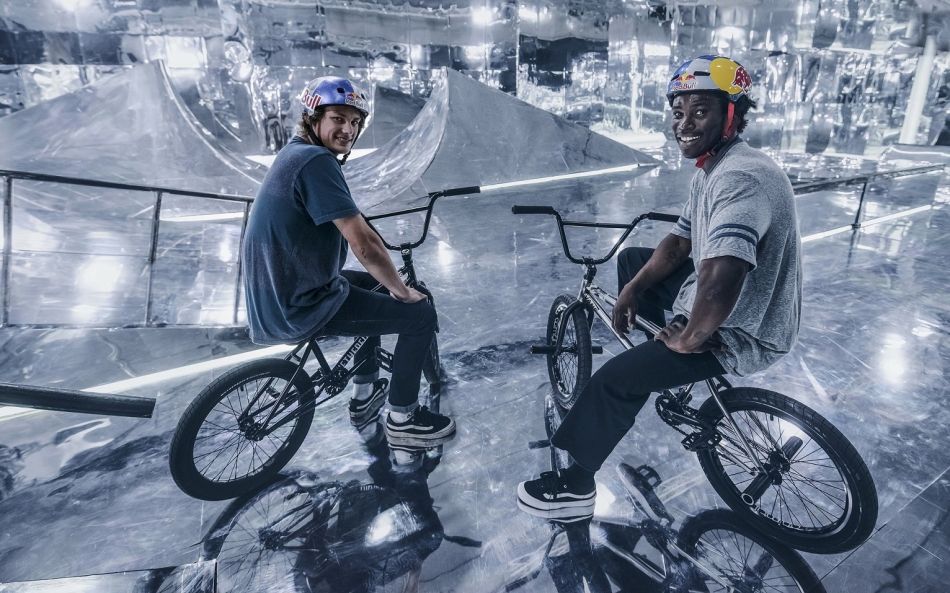 VIDEO: BMX LIMITS RAISED TO ANOTHER LEVEL IN A BIKEPARK COVERED IN MIRRORS

BMX LIMITS RAISED TO ANOTHER LEVEL IN A BIKEPARK COVERED IN MIRRORS. Courage Adams and Paul Thölen’s best skills reflected in Mirror Park 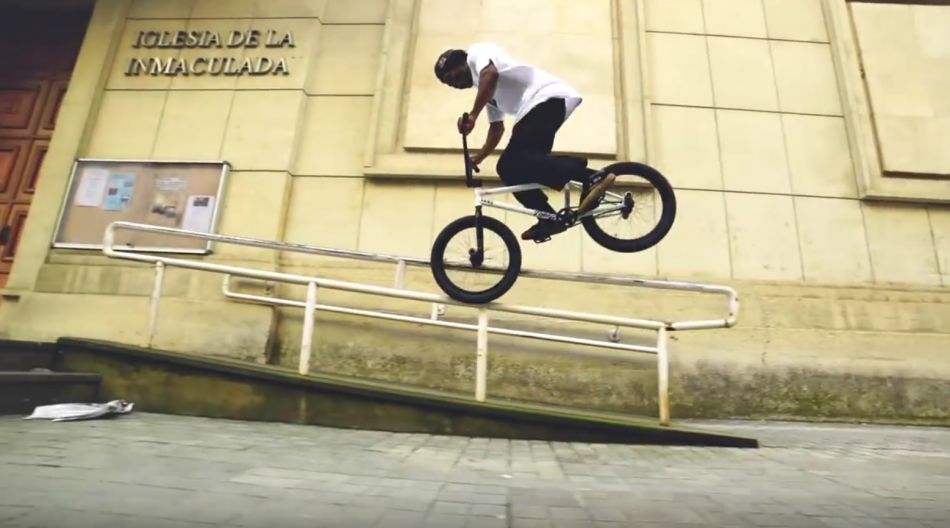 As with everything we do here at Flybikes, we look to our team for inspiration and direction. Courage Adams has gotten a lot of people's attention over the past few years with his amazing talent, and it was clear that it was time for him to have his own signature line that was designed to his exact specifications. The Courage Adams signature Savanna frame and bars were created and it's easy to see that it was exactly what Courage wanted. Watch as he takes his own brand of bike control, balance and style to the streets on his Savanna frame and bars with this new video filled with mind blowing riding. Courage never ceases to amaze and this video will undoubtedly make your day that much better. 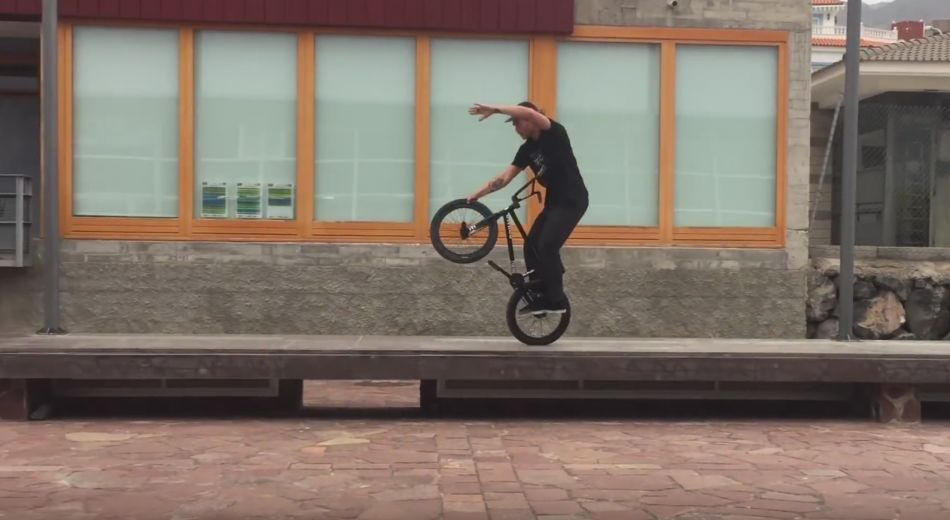 Devon Smillie & Courage Adams: IN THE CUT - Flybikes "Journeys". You've seen the full riding edit from Flybikes' Courage Adams and Devon Smillie in Tenerife, now you can see what they get up to in between the insanely tech lines. These two are some of the easiest going guys out there, unless it comes to fingerboarding and then things get real. 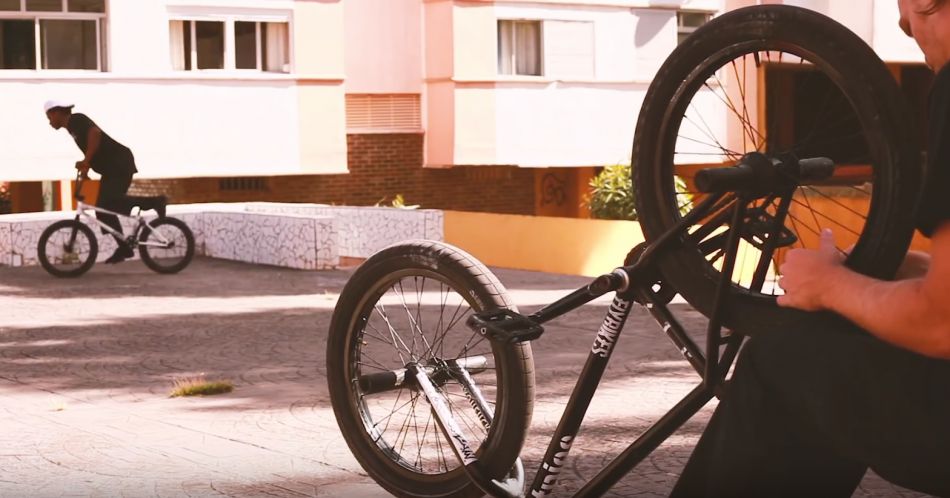 This is one a whole load of you have been waiting on! Two of the most technical riders on the planet spend a week on the island of Tenerife hitting up dreamy spot after spot - prepare your eyes for some ridiculous bike control from the Flybikes teammates. "We're not worthy!" 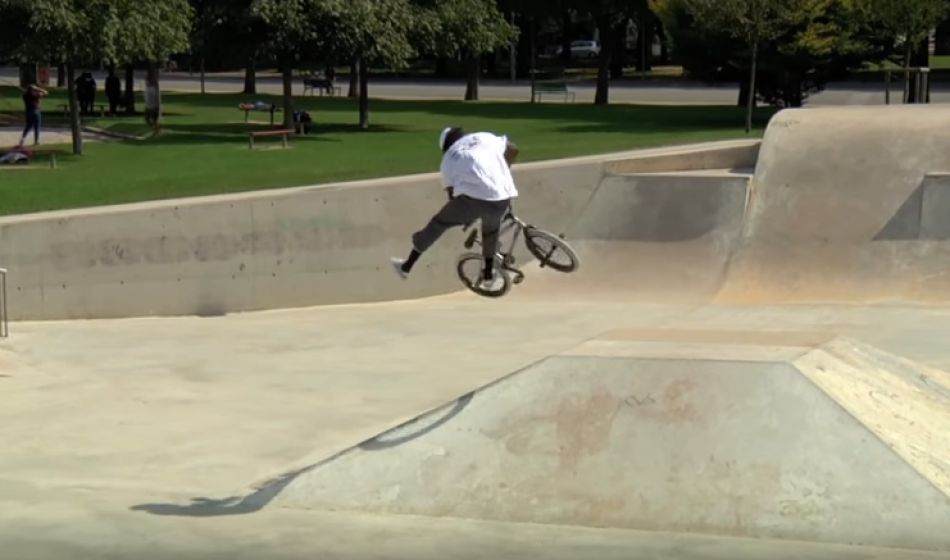 One of the most technical riders in the world throws down numerous seemingly impossible lines on his local concrete in Pamplona, Spain. 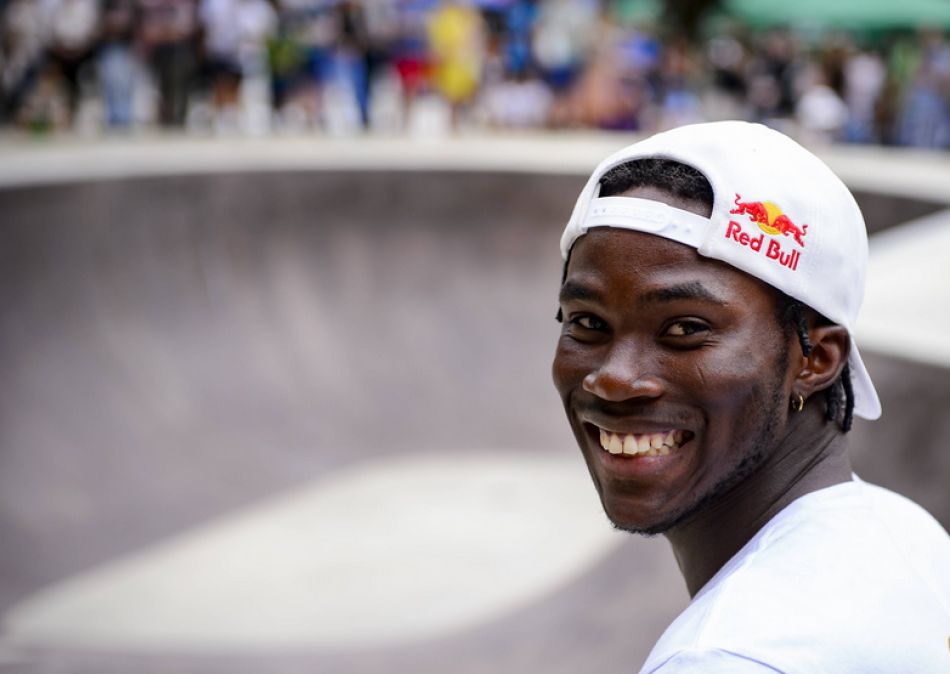 One creative line from Courage Adams.

As an athlete, getting one continuous line dialled is tricky enough as it is, without adding into the mix city streets and a cameraman in tow. Taking to his adopted hometown of Madrid, BMXer Courage Adams spins the tricks in this seamless line. Captured by the ever talented Hadrian Picard as part of his Lined Up series which you can see more of below... Hadrien: "It was a pretty stressful day, 1st we had to find the perfect place in Madrid to do that, then we had to talk about the line & between security & people everywhere we had a window of about an hour to get this line, Courage pulled it in less than 30'.... The Line was filmed by Antony Finocchiaro, give him the credit he deserves :)"