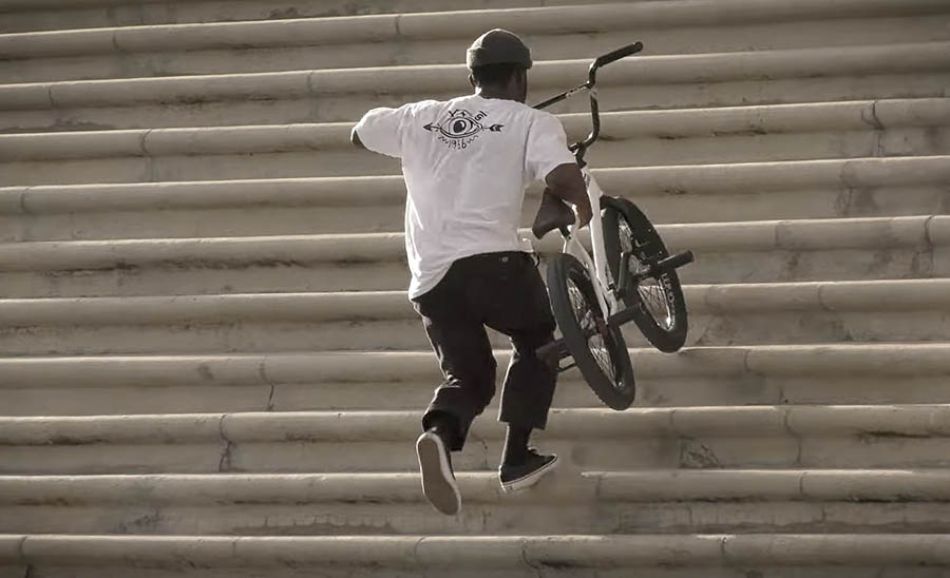 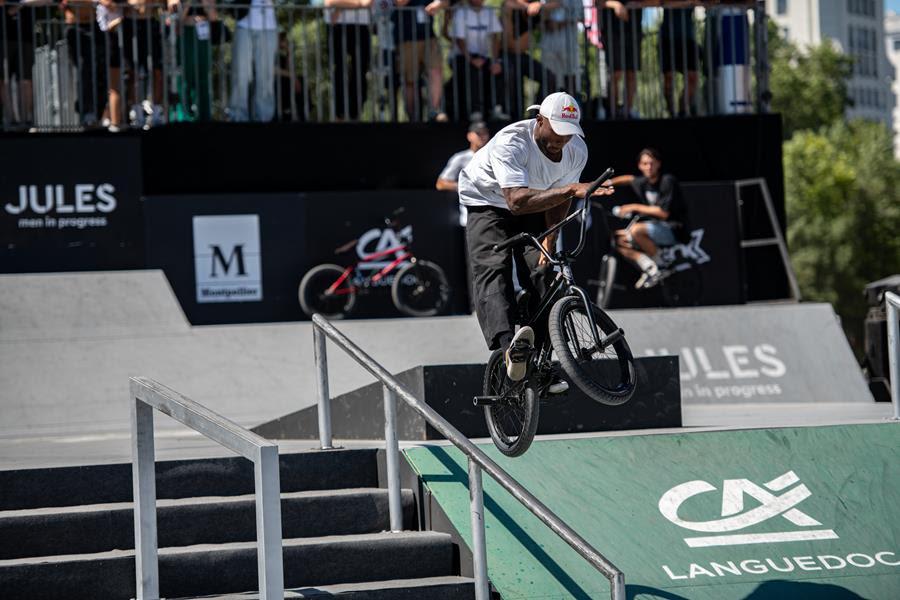 It was an intense day on the Street Course for the BMX riders today as they had qualifications and finals to contend with. Over 70 riders entered the qualification contest to compete for one of the 12 places in the afternoon final. The format for the finals was 2 heats of 6 riders, each rider had 2 runs of 50 seconds and it was the best run that counted. The performance of each rider was judged on overall impression including, but not limited to, variety of tricks and lines, execution, difficulty, versatility, originality, flow, style, bike control and landing.

All the riders were so impressive and the standard was really high as they all cheered each other on. In the end it was the man from Madrid Mr Courage Adams who was awarded the top prize scoring 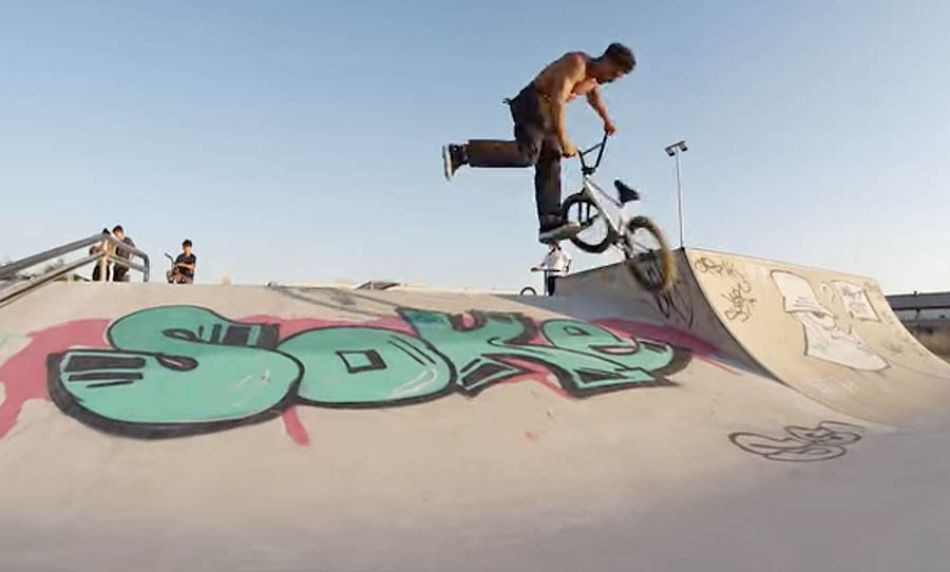 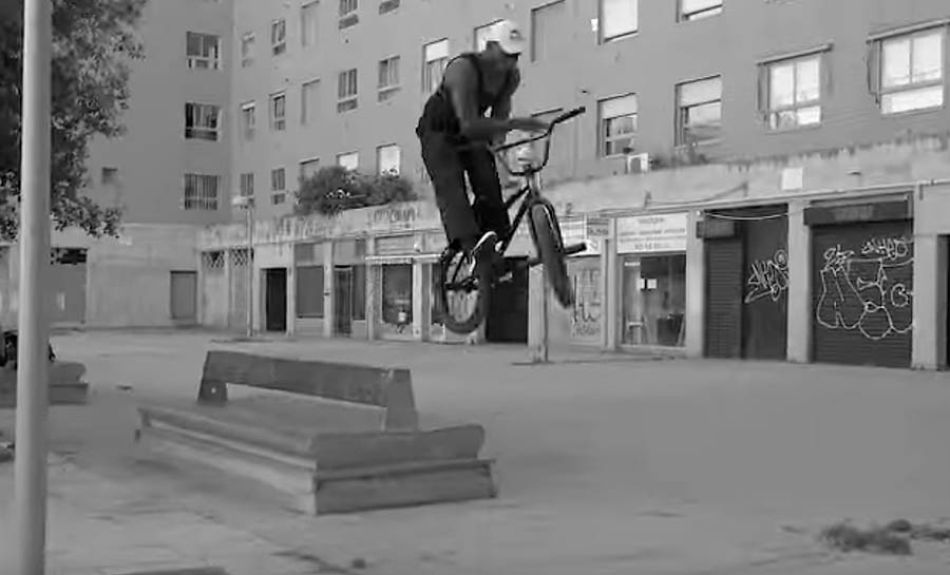 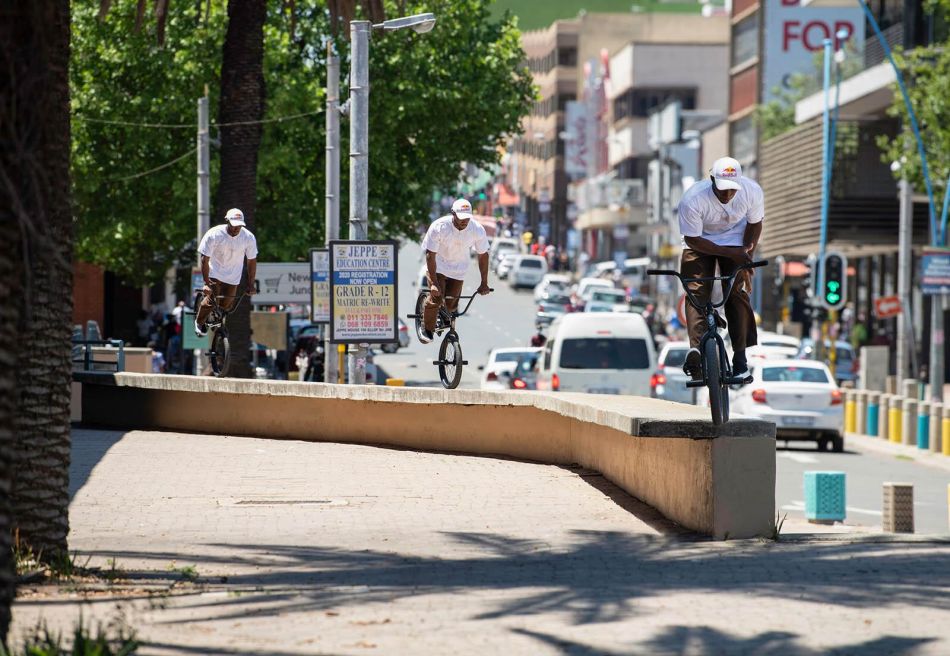 Over the years you have managed to find yourself a solid group of sponsors. Do you have signature products at all of them?
Courage Adams: Thanks, not all of them, just only with FLYBIKES and VANS. With Fly some BMX parts and with Vans a full collection including two shoes. 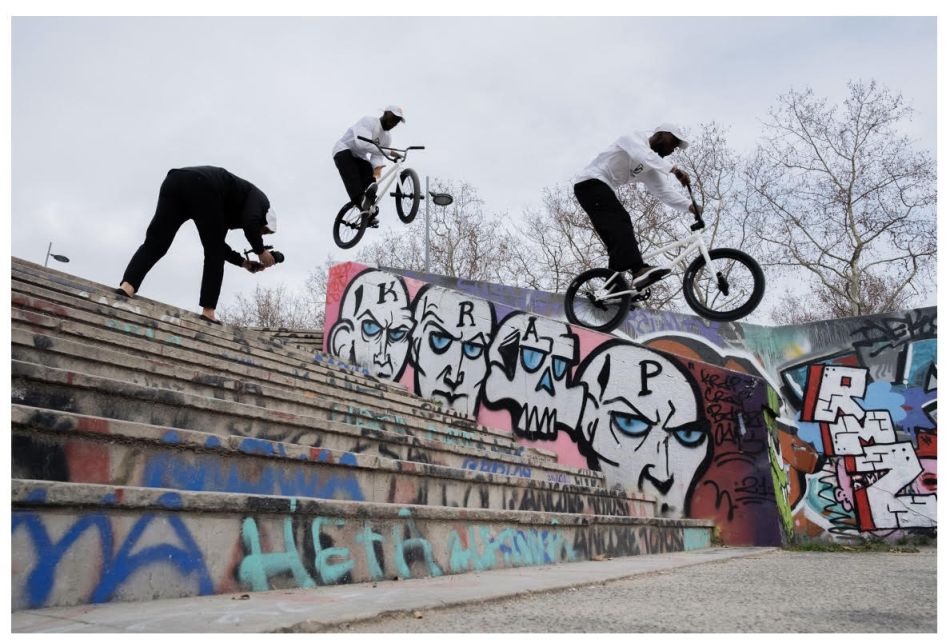 Vans BMX proudly presents Courage Adams: Balanced, a new edit exploring the riding that has placed Courage on a path to success, steadily building his BMX career through hard work and dedication. 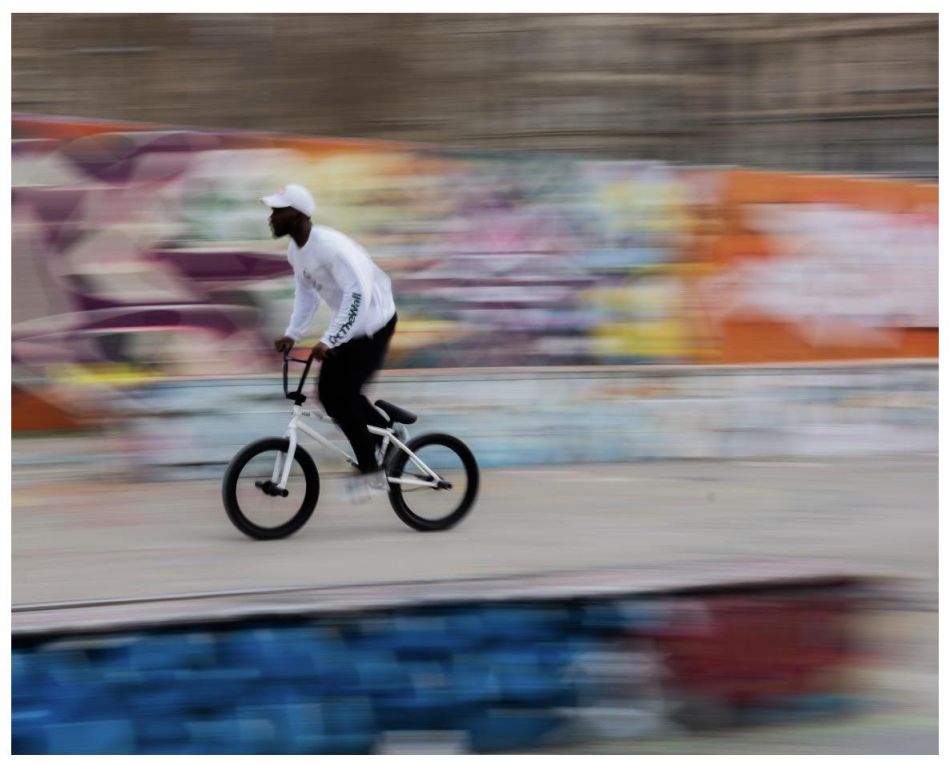 Vans BMX proudly presents Courage Adams: Balanced, a new edit exploring the riding that has placed Courage on a path to success, steadily building his BMX career through hard work and dedication. Filmed in Africa, France, and Courage’s current homebase of Spain, Balanced reflects Courage’s global approach to BMX, including some of the locations that have defined his meteoric rise. Leading with his guiding philosophy, “Balance is key to life,” Courage has made a name for himself with his gift for unbelievable bike control, which is captured in this edit by director Rich Forne.

“Working with Courage on this project, I got to experience firsthand the jaw-dropping power and incomprehensible balance and imagination he brings to his riding,” Forne said. “Courage has no concept of limitation and is able to do whatever he wants on a bike so long as it is strong enough to keep up with his incredible vision.” 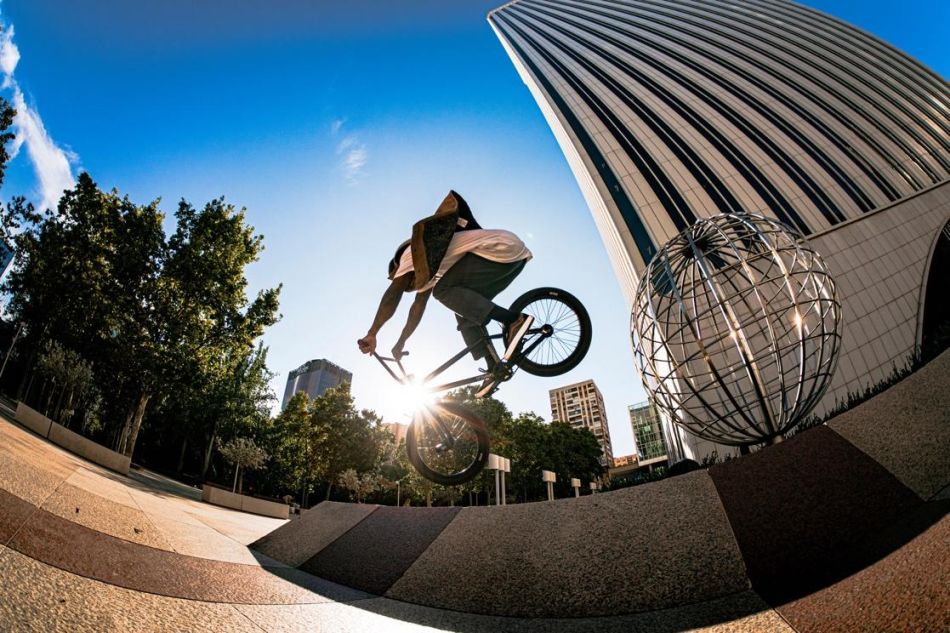 Vans, the original action sports footwear and apparel brand, presents the Old Skool™ BMX by Vans athlete Courage Adams. Incorporating elevated materials and Courage’s custom artwork, the Old Skool™ BMX comes to life with a design inspired by Courage’s Nigerian roots, symbolizing balance and patience – principles at the core of his riding. Courage has made a name for himself in BMX with his gift for unbelievable bike control. Seeking a more elevated spin on BMX footwear, Courage worked with Vans to create his signature take on the Old Skool™ BMX, featuring WaffleCup™ construction for maximum pedal feel, support, and durability. DURACAP™ reinforcements keep high-wear areas protected, and Courage’s custom elephant “scales” logo appears across the translucent rubber outsole, insole, and 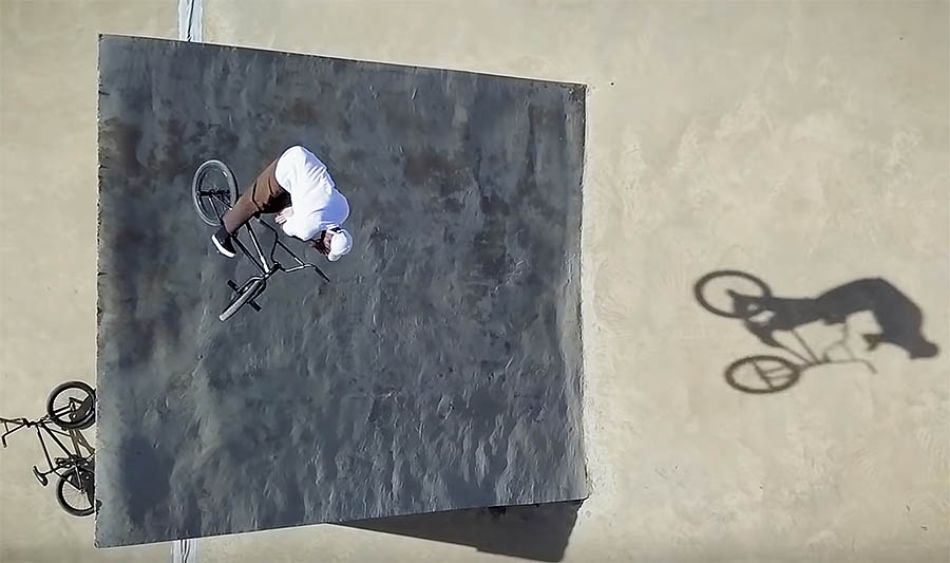 While the competitive passion burns deep in Adams, it's riding freestyle out on the streets that really fuel his fire. 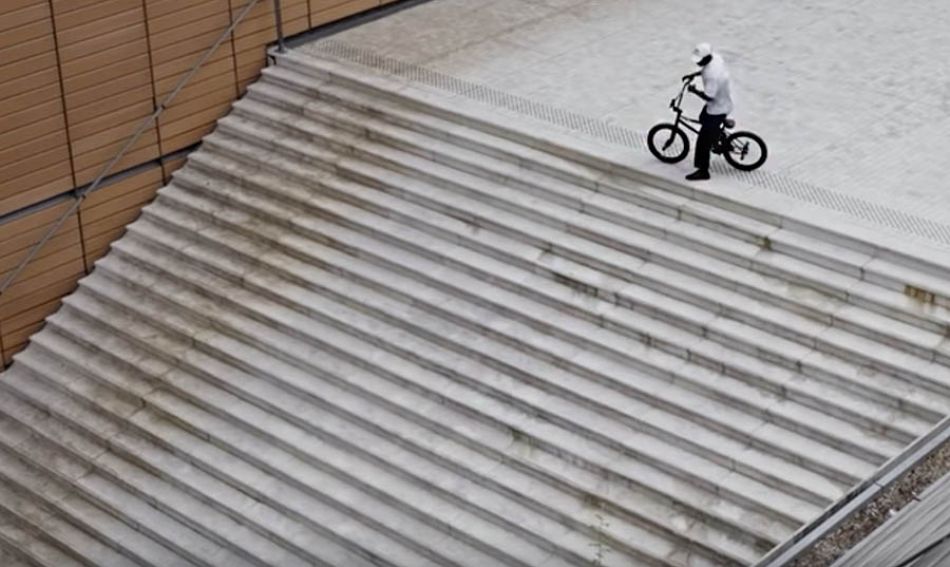 COURAGE ADAMS DEFEATS THE LYON 25 STAIR - BEHIND THE SCENES - VANS

Raw footage from Courage Adams and that outrageous barspin down the Lyon 25 set, as featured in his VANS Slip-On shoes announcement. It still blows our minds everything time.