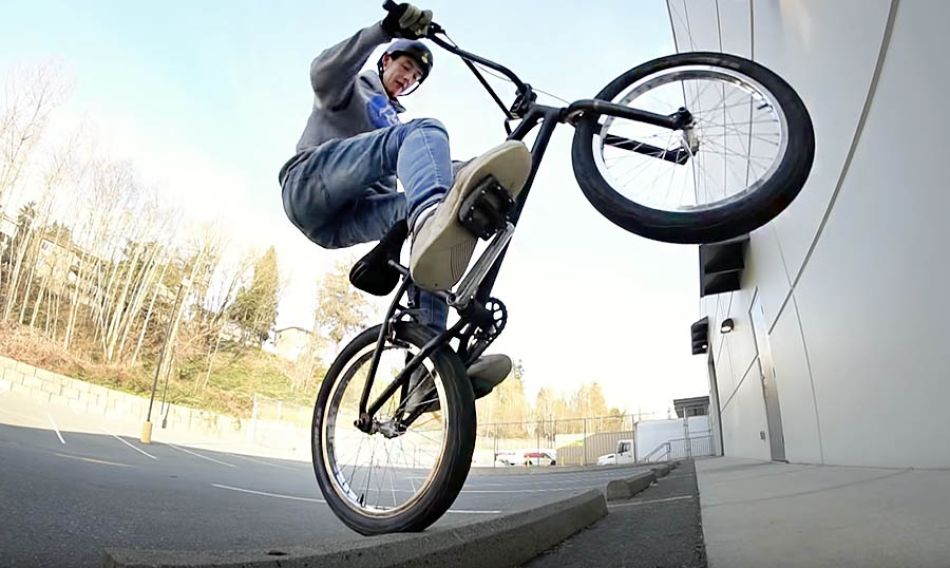 "Constraints foster innovation. As a Canadian, I’m well-accustomed to long winters. I used to live in Alberta where there was typically snow on the ground for five months of the year. Indoor riding was the norm. I’d either ride the ramps in my parents’ garage or visit an indoor skatepark if one was running. The limited options for obstacles forced me to think creatively. What can I do that I haven’t done before? How can I use this obstacle differently? With patience, I was often surprised by the ideas generated during those sessions. The location constraints imposed by the harshness of winter led to innovation in the form of new trick ideas or better spot use.

In August of 2020, I significantly reduced the constraints in my BMX life by moving to British Columbia. I now live in a province with a significantly shorter winter and abundant spots. As exciting as this is, I sometimes feel spoiled. So I asked myself, “How can I re-embed constraints into my riding?” I came up with two options: 1) Make the bicycle the constraint by removing my pegs and/or brakes, or 2) Make the spots the constraint by limiting myself to a particular obstacle. I chose the latter and committed to creating a concept video focused on the simplest street obstacle of all, the parking block.

Block Chain is neither a publicly distributed ledger, an NFT, or a cryptocurrency. Instead, it’s a video journal for my study of constraints. Before I started working on this video, I paid little attention to parking blocks. I later realized the possibilities for this obstacle are endless. Tricks can be performed off the block, on top of the block, or against the block. The block can also be used as a connection point to other obstacles. My hyperfocus on parking blocks reminded me that anything can be a spot with some imagination. If your riding is feeling stale, I challenge you to implement some constraints into it. You just might be surprised with the outcome. Less is more." - Justin Schwanke

More in this category: « 2 NEW MASSIVE TRANSFERS AT LOGANLAND! by Logan Martin LOGAN PENBERG // WETHEPEOPLE BMX »
back to top