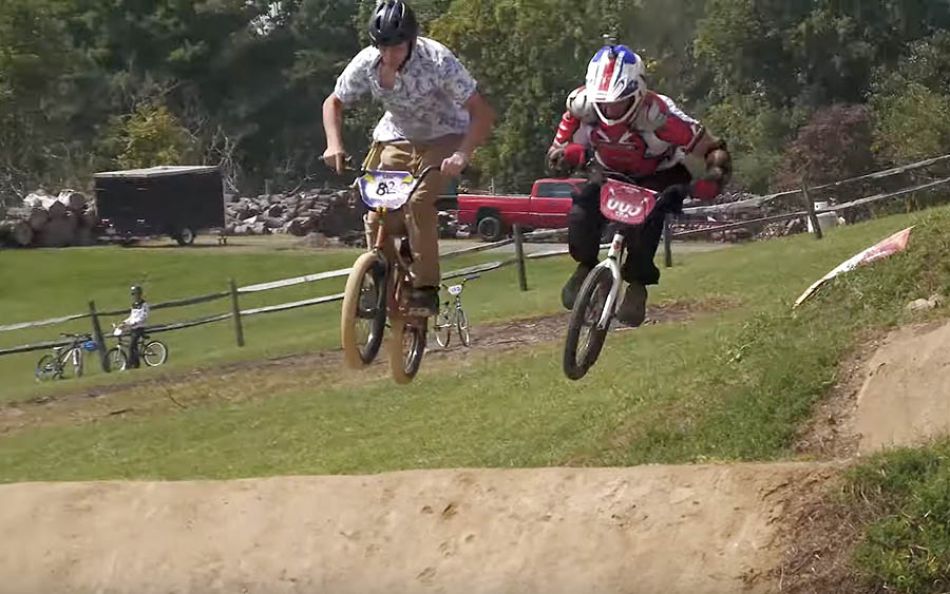 In 2014, Bethlehem, Pennsylvania O.G. trails rider Mike Gentilcore made a dream of his a reality. It was a DIY event that blended a mix of BMX racing and real trails, racers and trail riders alike riding together. Basically it was two riders at a time head-to-head down a legit trails course, with the winners of each moto moving on to the next round.

Following the race, a dirt jump comp went down (with many of the same dudes who were also in the race), taking place on the same course, which was held in his backyard trails/track paradise. No bikes that included clipless pedals and carbon-fiber materials were involved. And it was awesome.

Following that event, Mike battled issues with neighbors and the township for holding it on his property, and the Double Cross went into a multi-year hibernation. (TRA is still involved helping out with the Posh and Catty jams during this time). Yet Mike had a dream to continue on and keep the spirit of the MX in BMX alive and well. In 2019, Mike pulled off another epic event (https://www.youtube.com/watch?v=N5azy...).

COVID-19 derailed plans for another one in 2020, but this year, he made it happen once again. More riders, an additional class for shredders aged 15 and under, and another dirt jumping comp that took place over the whole course. Everyone had big smiles from ear to ear, both on the bikes and on the sidelines. Gentilcore and TRA are changing BMX racing that we know this day and age to something way more entertaining; the following In The Cut vid is a glimpse into the day.

More in this category: « Eduardo Rodríguez en Zgz // Blackbox 2021 POSER DOES BIKE by bigheadlilkid »
back to top