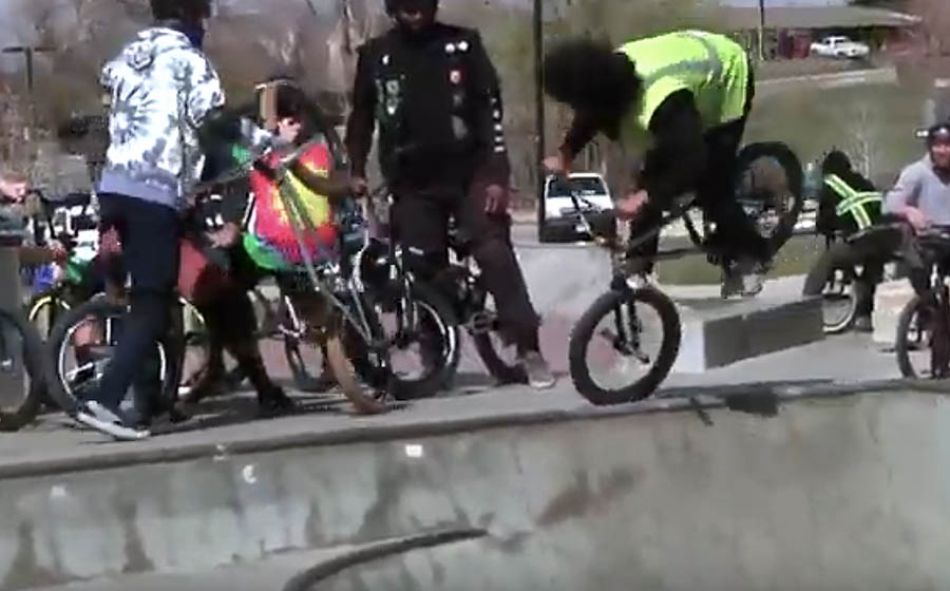 The Scrapes and Apes Jam 2021 by Grindwheel Productions

Pusher BMX, ABQDNV and Grindwheel combined to throw one hell of a jam at the Wheat Ridge Skatepark! The crew gave out over $400 for big moves on some of the signature features of the park. High-Vis vests and safety gear were in full effect as riders from all over the metro area showed out and supported the scene.

In this video, you can see what Colorado BMX is actually all about. There is never a shortage of drama here in the Mile High City. However, the true essence of the scene shows front and center in this flick. You can see people smiling, riding their bikes and sharing good times together. You get to view people of all skill sets out riding together and pushing themselves to learn something new. BMX was glorified greatly this day, and hopefully the video motivates you to get out there and have some fun. Because you can't live forever, so you might as well have a good time for a short time. Cheers.