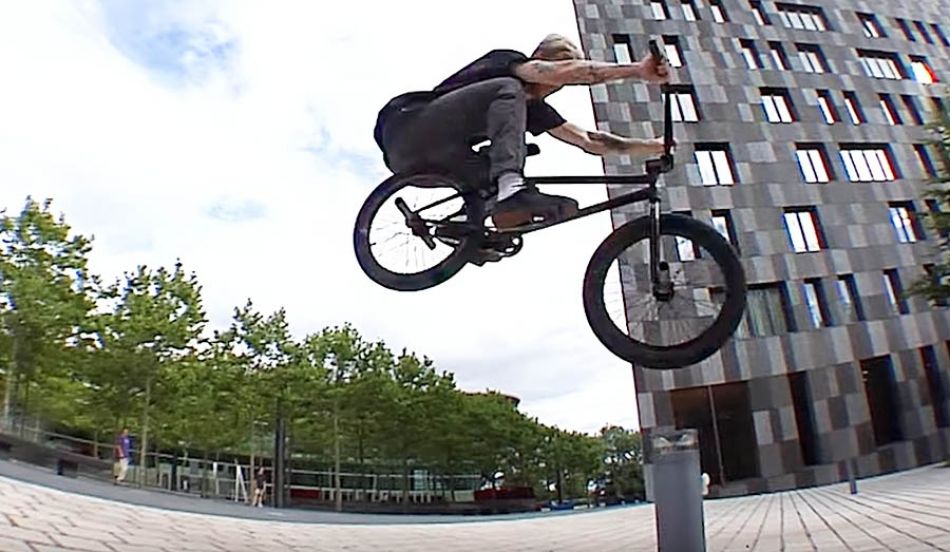 "Everything in this video was filmed in Luxembourg, mostly Luxembourg town (capital) and just a bit from the villages around. The architecture in the centre gives us a lot of good spots and more possibilities, as long as there are no security or crazy angry people yelling at you haha. The country is really small, so during the last months it was difficult to go over the borders, the goal was to make an edit only filmed here. As a lot of people don’t have Luxembourg really on their radar to do a trip (which I can understand haha), we wanted to show that we have spots and a good scene here. (We always happy to show people around and having a good time with new connects) The skate scene here is way bigger than BMX, especially the filming aspect. Having someone who is motivated to film and go for missions with you is really hard... that's why I’m forever thankful to Nico. He is the main guy here behind the lens in the skate scene and never had something to do with BMX. We only knew each other from the skatepark or the spots, but he immediately said let’s go for it and try. Just after the first clip and day riding with him I knew that this was going to be a damn good time. Shoutout to Nico Uhler, thank you for the good days, the many laughs and in general the good time, you the man ! And shoutout to Bijan Kesseler (@bijansbmx) for keeping BMX alive in Luxembourg, you doing a great job my friend! Much love to both of them "