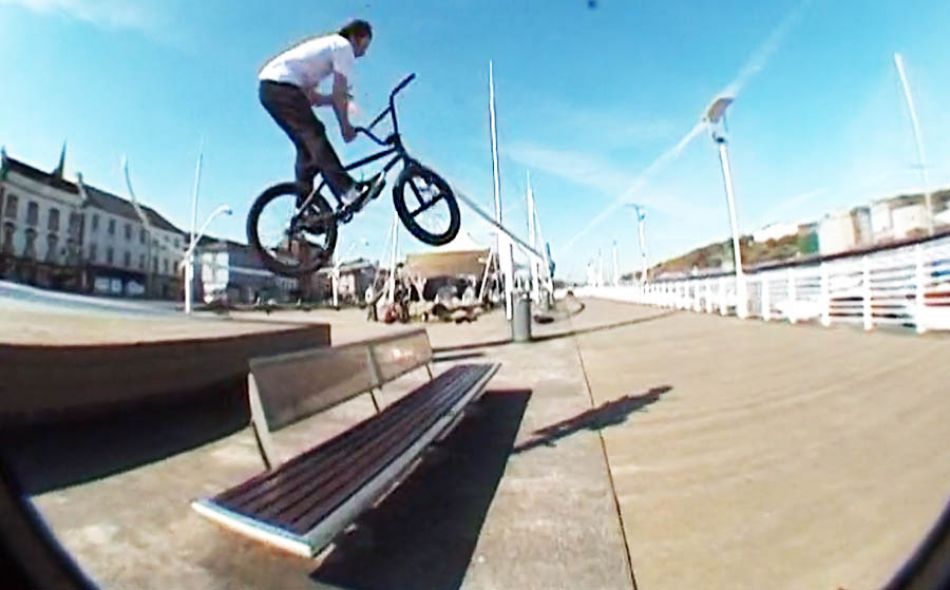 Here we are now.
Following on from 2012's raincheck, {winston} is my second full length video project released on DVD.

Filmed primarily in Ireland, but also contains footage from Canada, England and Spain, shot on mini dv and super 8 film, this was a very different experience, for myself and presumably anyone watching, to the previous video. Never mind trying to take more time to film things with a two camera set up, two video cameras died during this project and the super 8 added it's own challenges and costs.

Raincheck will always remind me of a very vibrant time in the Irish BMX scene, there were hundreds of riders, most of my friends and I were in college ("Uni") or working part time and there was very little to worry about. However, I will be the first to admit, that what it lacked in narrative or, to be more blunt, finesse, it made up for with a bit of first timer enthusiasm. Tropes, questionable music and rough and ready filming and editing. It was a learning curve that played out on DVD.

With {winston} I had a much clearer idea of the kind of video I wanted to make. I tried to take a more considered approach with composition, soundtrack, incidental footage and realistically, just about everything to do with it. To be entirely honest, I think this is the first example of making the kind of video that I wanted to make, let alone watch, without trying to please/follow a template.

The acquisition of a driving license offered more scope for weekend trips and a smaller crew meant less indecision over who was coming and where we were going. Over the 4 years of filming, there were a lot of things going on in the background, personally and quite a few changes in our scene, I think this may have contributed to a more reflective feel in the non riding footage and at times in the soundtrack. Not a bad thing, in retrospect. For the most part I feel like the music choices, though I'm sure not everyone's cup of tea, relate well to either the riders, or their riding. (At the time of release, Atlantis Vancouver had put out a video and as far as I remember, Jordan Hango rode to the same track as Conor Winters, 100 monkeys and all that. These things happen. The video had been duplicated at this point, no going back.)

Anyway, hopefully on a bank holiday Monday with a nationwide lockdown in effect, this will make up for the new DVD "postcards" being delayed. Timing eh?