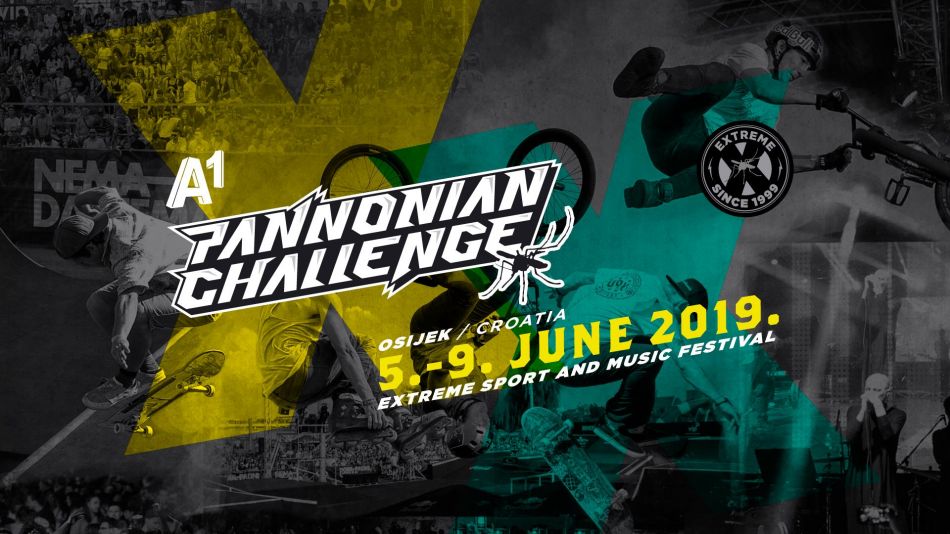 All beautiful things come to the end, and so is the jubilee, 20th Pannonian Challenge this
week, when all drivers and visitors will make sure that this festival goes in style.
After Saturday's qualifications and semi finals that came to the Osijek audience only as a
teaser, Sunday afternoon brings us new excitement because then the training of female BMX
drivers and drivers begins, which will overflow the skate park on the left coast of the Drava.
So at 11.30, they start their qualifications in BMX Freestyle Elite / Pro for girls, after which
on stage, after 13:30, BMX amateurs enter, which will finalize their strengths and fill the
audience with adrenaline. After we find out the winner in that discipline, the Skate Park will
be taken by great BMX girl finals which will they show in the ultimate final at 15 pm that
they can very much stand next to their male counterparts. After that, what follows is what all
the visitors of the 20th Pannonian Challenge eagerly awaited - the great BMX Elite / Pro
finale, which will announce BMX legends, or athletes who were riding at the first editions of
this prestigious festival, from 16:00 in the revue.
The biggest finale in the history of the Pannonian Challenge will be held from 18:00,
when the world's best BMX riders, like mosquitoes, will fly in the air, showing all the magic
of this most popular extreme sport and by winning try to win the points for the upcoming
Olympic Games in Tokyo in 2020.
The forces will measure Logan Martin, Jack Clark, Konstantin Andreev, Marin Ranteš,
Declan Brooks, Irek Rizaev, Justin Dowell, Bryce Tryon, Michael Meisel, David Janac,
Ismael Fries and Matej Žan.
After the final decisions of the judges, the award ceremony is expected at 19.30, when the
final after party will begin with the sound of the opening of the champagne, which will put the
"point on and" of the spectacular 20th Pannonian Challenge.

More in this category: « Live on FATBMX: Pannonian Challenge 2019 FISE Montpellier 2019 – Best Moments by Ride UK BMX »
back to top