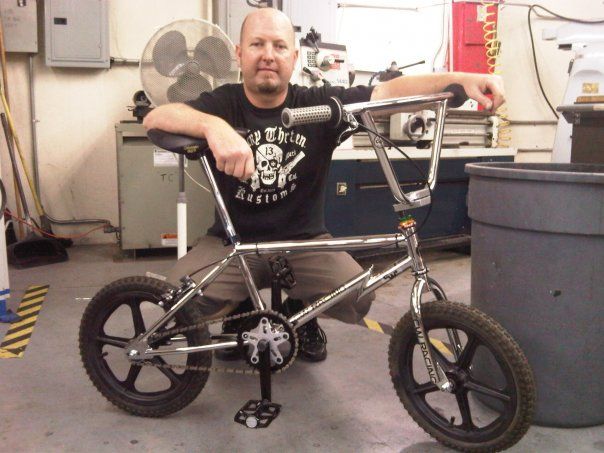 After a successful BMX career, you ended up working at GT's prototype workshop, is that correct?
Billy: Yes. It was a great way to transition out of full time racing and develop the skills needed to build my own frames. 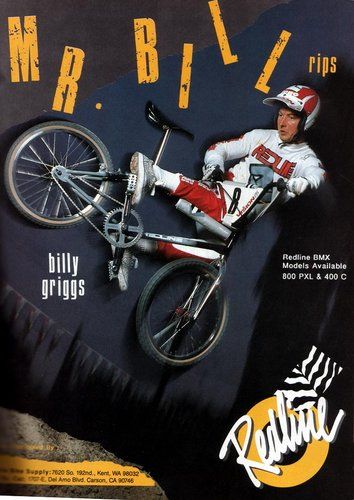 How was working alongside Gary Turner and the boys?
Billy: Unfortunately Gary was not very involved anymore at the point I started. There was a large number of engineers, industrial designers, welders and machinists I was able to learn the craft from though..

Who did you make custom frames for at GT?
Billy: If you were a factory GT, Robinson or Powerlite rider from 97' through 2001 I probably made you a custom frame, Including the MTB team. I really enjoyed building 4X frames because of the heavy BMX influence in that sport. Guys that I worked with that really stand out would be : Gary Ellis, Tomas Alier , Greg Romero, Danny Nelson, Dale Holmes, Robert de Wilde on the BMX side. Steve Peat, Mike King and Eric Carter on the MTB side. 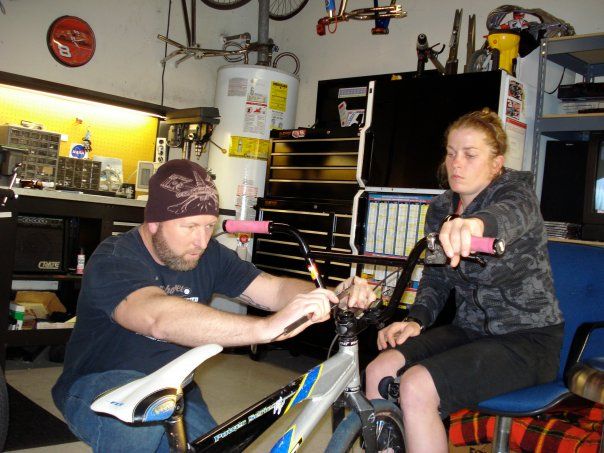 You also buit the Giant BMX race frames, didn't you?
Billy: Actually I did not do those, Chris Herting in Colorado did them. I was already working at Intense at that point developing those first BMX frames. After I started at Razor in 03' I began doing team frames for GT /Mongoose (Pacific) again. I built for John Purse, Eric Rupe, Christophe Leveque, Randy Stumphauser, eventually doing the Olympic frames for Mike Day and Jill Kintner 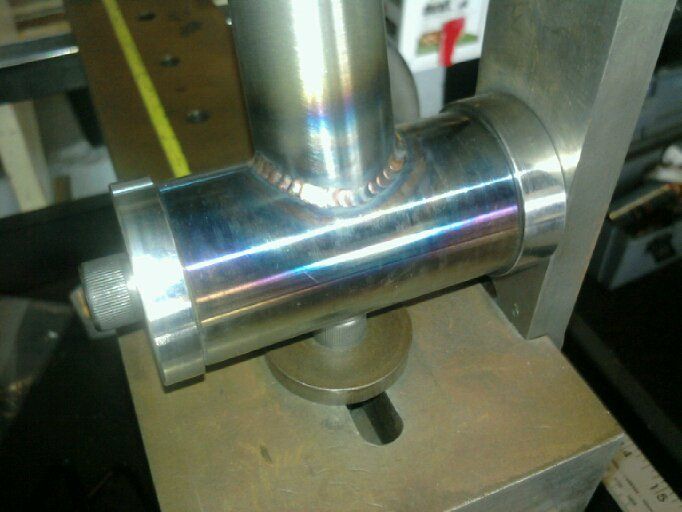 Did you have any side projects going on at the same time like working on motorbikes or cars?
Billy: I get all kinds of odd job requests through word of mouth for welding and machining on just about everything. I do what I can, but I like to stay in my comfort zone of what I know best. 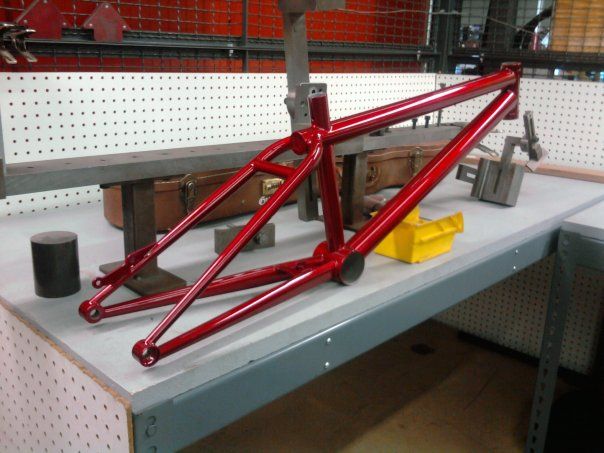 What was one of the better workshops that you had the experience to work in?
Billy: I'm quite happy with the shop I have at Razor these days. Probably because I have had the opportunity over the past 7 years to help make it what it is. I also like my home shop for bike frames, because it's all mine and I am at home when working there. 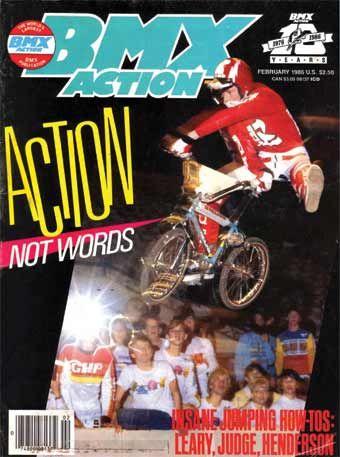 What tool do you like most?
Billy: By far the CNC mill. Learning to program the machine and run the part has been the single biggest help to what I do.

Which tool is still on your wish list?
Billy: Probably a CNC lathe.

What workshop guru has taught you a lot over the years?
Billy: I really learned a lot of old school tricks from a guy named Frank while I was at Intense. He was a grumpy old man, but he really had the experience of a true "old timer". Mike at A&M welding is a master of TIG melding and has really shared a lot with m 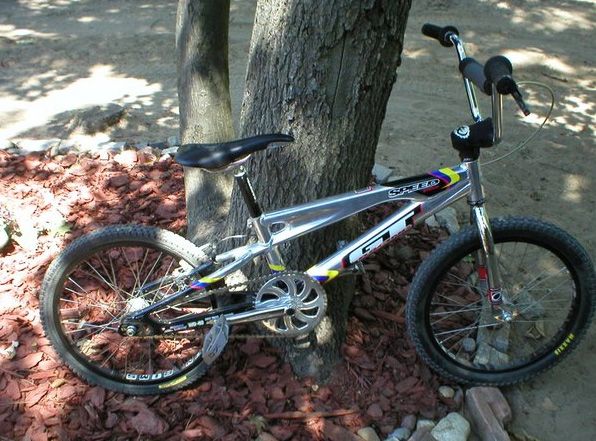 e over the years, but working with Bob Hadley all these years at Razor has influenced and taught me the most.

What is something you've built that you're very proud of?
Billy: I'm very proud of the GT Ultrabox, because that was the most input and say I had on any production product at GT in my time spent there. I also like to make my own tools...from hand tools to fixturing, anytime I make a task easier or get a better result by making my own tool I am happy. 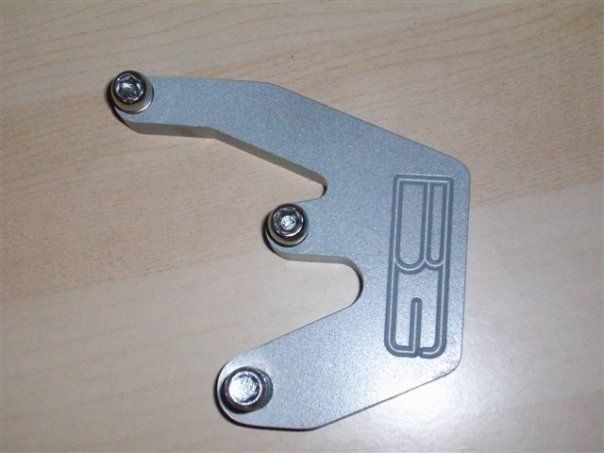 Do you get to hang out with BMX riders these days?
Billy: I see TC and ride MX with him a little. I speak to Greg Hill on occasion about GHP.

What's your current deal?
Billy: I have been with my wife for 10 years this year, we have been married for 8. I ride road bikes and MTB mostly these days although I have a BMX bike ready to ride at all times. I got back out to the track a couple times a 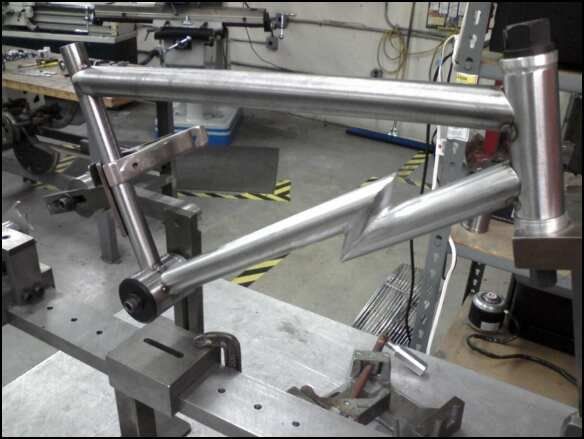 few months ago, I would like to race 41X at some point if all the old injury's cooperate! I love to camp and ride my dirtbike, I play guitar and like to watch NASCAR.

Any shout outs?
Billy: Thanks to all those extremely talented riders that have made me look good winning races on my frames. When it really comes down to it the rider is who has to win.