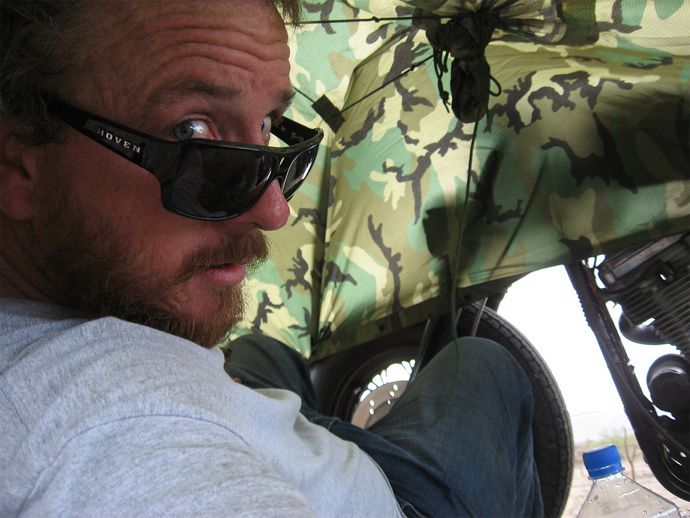 Name: Bill Bryant
Hometown: Murrieta, CA now. (Don't really have a home town since we moved around a lot as a kid but I claim Torrance, CA since it's where I went to high school.)
Occupation: Art Director, bartender

People in BMX world might not know you, what is your connection with BMX?
Bill: I'm partners (not that kind!) with Harold "McGoo" McGruther 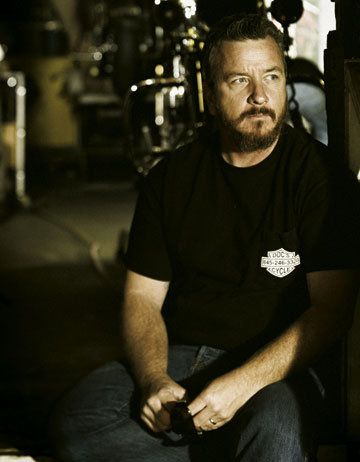 in revolution advertising. We are responsible for all sorts of graphic design for a wide variety of companies, but specialize in the bicycle business and BMX in particular. As an art director I'm a "behind the scenes" sort of guy but have been pretty prolithic in the almost twenty years of BMX involvement. Since starting out with Iron Horse Bicycles in the early nineties I've worked with dozens of bicycle companies. SNAFU, FIt, S&M, FBM, Mirraco, Haro, Vital BMX, and Electra would be the most recent. S&M is by far my favorite BMX company. Moeller does things his way and I've got a lot of respect for him and the brands he's built. I didn't realize I'd done so much work for S&M over the years until I stood in the trailer at the 20th anniversary party and saw it all hanging in one place. Chris is one of the few honest people in the world and is a blast to ride motorcycles and drink with. I'm the one dressed like a cop with the nightstick in the old S&M ads mocking Free Agent, BTW. I'd never have this connection to the BMX world if it weren't for McGoo and his deep roots. 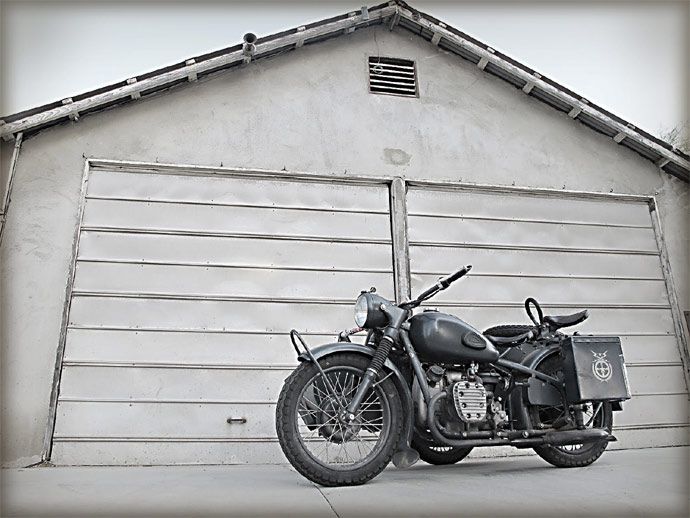 You have a Motorcycle sidecar, what's the deal with that? Did you ever ride a BMX sidecar?
Bill: I've never ridden a BMX sidehack, but would love to. My son Flynn keeps begging me to build one. The side car bike I have is a Chang Jiang which is a Chinese knock-off of a Russian knock-off of a 1937 BMW. It's a wonderful design that has been horribly executed. 1970's Chinese technology was not very good. It is unsafe at any speed, but a total blast to bang around in.

What bikes are you working on at the moment? What kind of bike do you prefer, Japanese / US / China / European?
B 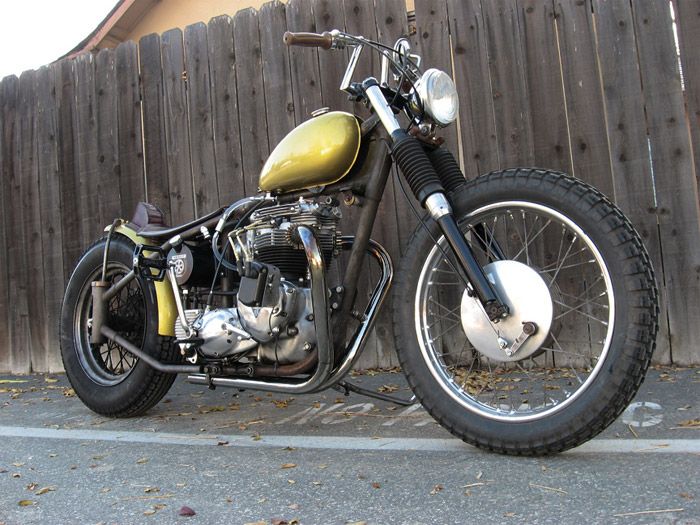 ill: I like all motorcycles that can be ridden. I'm not fond of decorated "look at me" bikes that owners use just to flex their wallets. I like purposeful machines that are fun to go fast on and are nimble in traffic since that's where I ride the most. My favorite bike right now is my '92 Harley FXR because it's well suited to all around riding, and for a big heavy HD, it's fast and handles well but is still comfortable on all day trips. I am slowly working on a '65 Triumph chopper that should be done next year. I'm also rebuilding/refreshing a rigid big twin chopper for a friend of mine.

Do you service your own bikes? Can you rebuild an engine? 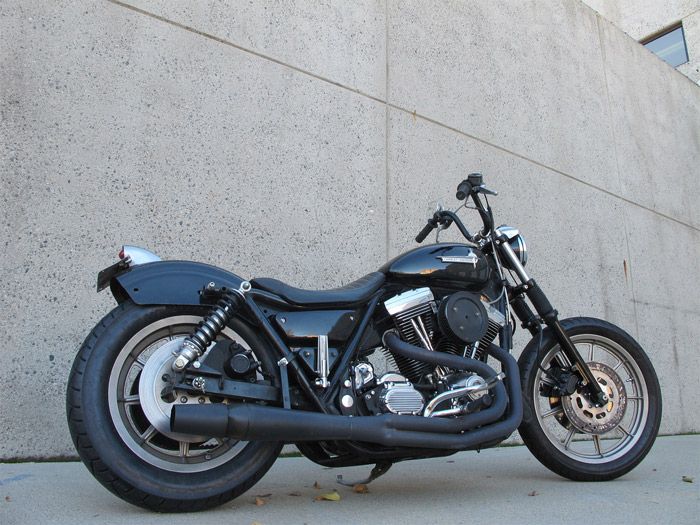 Bill: I do as much as I can. If I get over my head or feel like I'm going to screw it up, I have no problem taking it to a pro. Unless I can't figure it out or don't have the proper tools, I do it myself. Luckily we have a great local shop (Temecula Motorcycle Service) and I've got a great group of friends I can go to for guidance.

What is your favourite tool? What tool is on your wish list?
Bill: 4" angle grinder with a flap sanding disc. It can shape or cut nearly anything. My Makita grinder is 20 years old and going strong. If I had a wish list it would have to include a CNC plasma cutter. I don't see that happening in the near futur 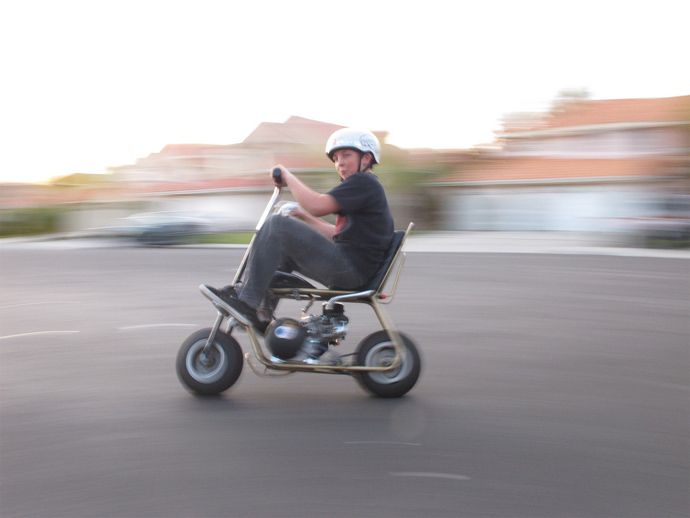 e. I recently got a crusty 30-year old lathe going and that is becoming my new favorite.

Funny story when working with dangerous tools or mistakes when building bikes?
Bill: McGoo developed a pinhole in his gas tank and needed it for a big ride the next day, so I researched how to get the fuel and fumes all the way out on the internet before doing it. There were so many crazy ideas, horror stories and so-called expert opinions that I finally just picked one, the dry ice trick. I flushed the tank for about 30 minutes and then dropped a bunch of dry ice in there, and then washed that out. I put on a leather jacket and my full face helmet 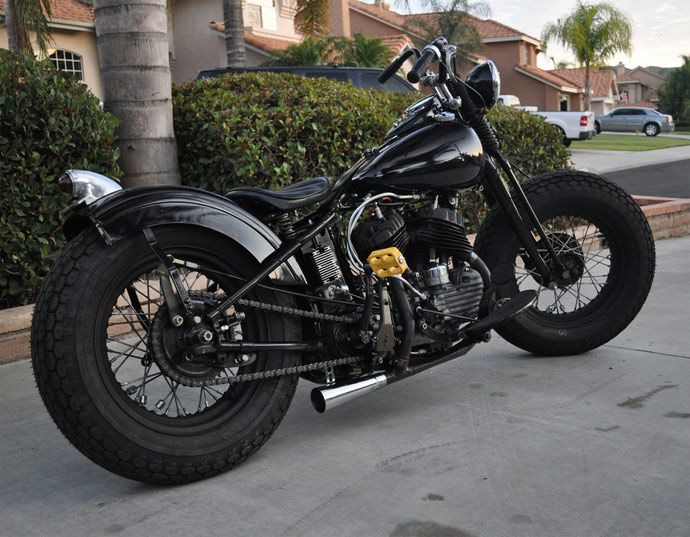 and then dropped a match inside. It didn't blow up, so I took all that protective crap off and welded up the hole.

You are part of the Biltwell crew, what is your part and how is Biltwell doing?
Bill: I'm one of the founders along with McGoo and Chris Collins , who now does 70Moto on his own. I'm involved in every aspect of Biltwell's business; events, product development, internal systems, management, I'm involved in it all, but always as a one component of a team. Since my core skill is graphics design, I'm responsible for the graphics, website, ads, stickers, merch and overall "look" for the brand. Biltwell is something I'm really proud of personally. There's a changing of the guard going on with custom motorcycles. Guys with s 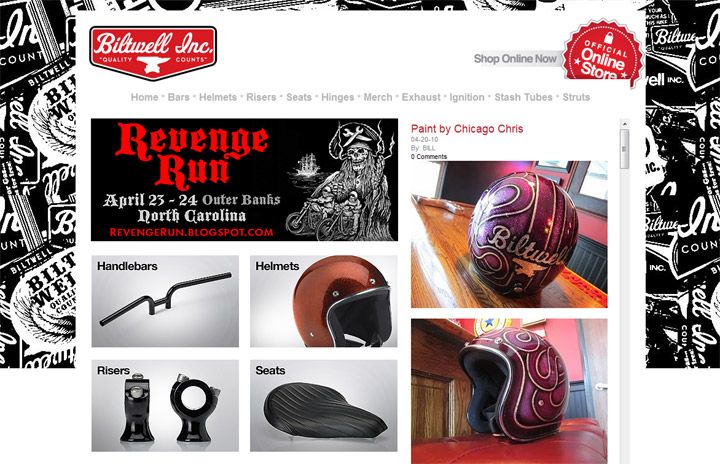 oul and style, like Scott Towne and Steve Crandall are into it. It's no longer just the bedazzled chaps and grey mustache douche bag crowd that most people associate with "Choppers". However small, I think our grassroots events and the down to earth brand we've created has made a positive impact. Our message hasn't changed since the inception and speaks to more riders today than it ever has. We can always improve but right now, Biltwell is firing on all cylinders.

Favourite Motorcycle builder? Car builder? BMX Company? Tool Company?
Bill: Bikes: Anyone who does as much work themselves as possible to the best of their ability and takes pride in their work. Cars: Sportsmobile.com. BMX: S&M. Tools: Craftsman.

How many miles are you riding on Motorcycles a year? How many times do you need to call a tow truck a year?
Bill: I don't have an odometer on any bikes right now so I'd have to estimate. Usually one big trip (like 2000+ miles or so) per year, plus at least a half dozen smaller ones and weekly commuting. Probably 10,000 miles a year. Who knows really? I used to split it up between several bikes, 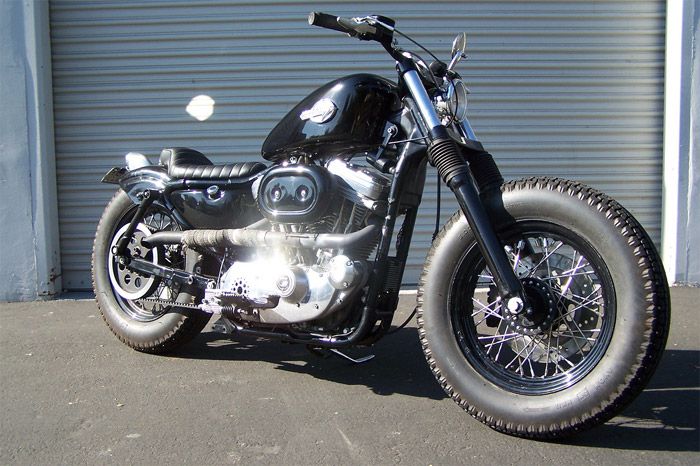 but right now I'm down to my FXR, the Chang and a dirt bike so the Harley gets all the real miles. I had to call my wife with the van once last year when my battery died up in the hills on the way home but that's it. The year before I spent some time on the side of the road in a torrential storm, but that's a long boring story. The year before that I rode an old Triumph so... Thankfully I haven't been in a tow truck in quite a while, but there are a lot of big trips planned this summer so I have my AAA roadside assistance account all charged up and ready to rock. 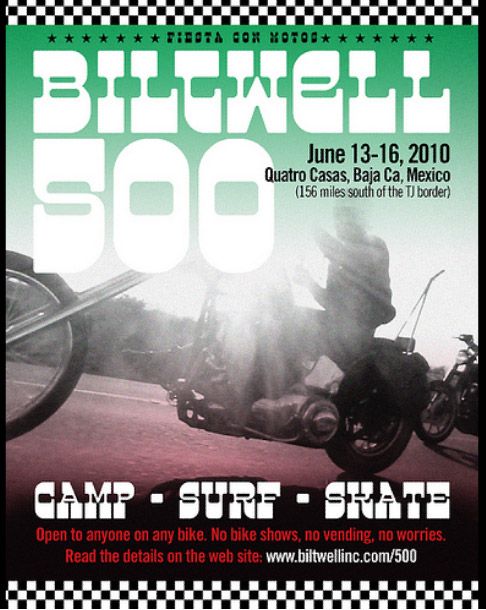 Where did you learn how to build bikes? School or just reading a manual?
Bill: Ha! I wouldn't say I know how. I learn something every time I work on one. Manuals work for stock situations but the best way for me to learn about the actual "building" part has been trial and error along with bullshitting about it with friends. The ability to research things on the internet is helpful but it's no replacement for ruining things with your own two hands. Most of my mechanical skills were developed by being involved with desert racing, working in a VW shop as a kid and being too broke to pay anyone to fix my shitty cars.

Do you work on your bikes at home or do you have a workshop at Biltwell?
Bill: We have a shop here, and I built a Sportster in it two years ago, but the space is too small to share comfortably. Mostly we use it for prototyping/test-fitting or one guy can have a project at a time going on. I have a man-cave of a garage at home, with a lift and my own tools. I prefer to work at home since it's my own space and I can be close to my family.