October 2005: Chenga To Shut Down With "One Last Changa Comp"

Just to let everyone know, the word is out, the Chenga 1 Skatepark will definitely be shutting down this winter after being open for 10 years. Most likely at the end of January. I am going to put on one last Chenga contest in the beginning of December, and I plan on it being the biggest thing Chenga has ever seen. 2 days this year. I am working on getting sponsors now and making up a schedule, but I wanted to go ahead and get the word out on the date. It's going to be Saturday December 3rd and Sunday December 4th. Start making your plans now. If you have any questions let me know.
Read more
Bizznizz 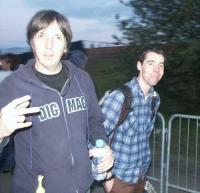 DIG BMX MAGAZINE has found a new home at 4130 Publishing Ltd, publishers of the UK's RIDE BMX MAGAZINE (AKA "RIDE UK"), effective immediately. The editorial line-up that put DIG together won't change, and the same goes for editorial control, so you won't be seeing T-shirt shootouts in the magazine any time soon. It'll still be DIG, through and through. More so, even: with 4130 behind it, Will Smyth and friends have plans to make DIG the magazine it always wanted to be. It's a moment in BMX history. Have your place in it.
Read more
News

October 2005: Flatlanders around Croatia, get ready for this one! 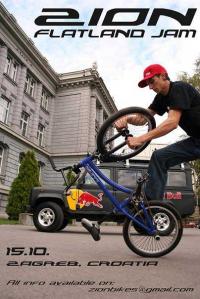 There will be a flatland contest in Zagreb, Croatia on Saturday 15.10. so here is some info: Location: J.J.Strossmayer square, Zagreb, Croatia Date: 15.10.2005. , Saturday Time: 10:00 - 20:00 h Sponsors: Red Bull, Vans, Zion Bikes Contest area: The contest will take place on a 540 square meters of perfectly smooth concrete. There is also small warm-up area and a chill-out place for riders. DJ's: DJ Sam Bushara (Jamaica) and DJ McNugget (Croatia) Also expect a great party after the contest, all over the Zagreb....
Read more
News 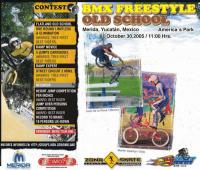 Over here at FATBMX we are pretty international. We care about BMX and we don't care if it doesn't happen in the USA. In fact, we like to show you how "worldwide" BMX Freestyle is. We received this flyer of a contest in Mexico. It was in Spanish but they translated the poster to English so we all can understand what is going to take place in Mexico on October 30th. If you need more information, visit their [url=http://groups.msn.com/bmxland]website[/url] or come back to FATBMX when the contest is over. We've been promised a full report with pictures and all. Can't wait amigos. If you've got something to contribute even if you live in the neck of the
Read more
Interviews 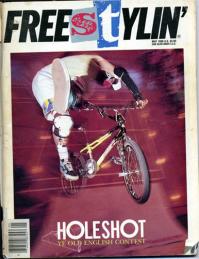 -Name? Terry Jenkins (I do remember this one, and now that I am pretending to be all grown up I go by Terence) -Age? This past July I made it to 38, and still counting (freekin hell I’m old, ha!) - Year and age turned pro? I turned Pro sometime in early 1984, yeah twenty-two years ago! But let’s use the word Pro? loosely here; I was just sixteen years old out of school and on the dole of course. The only pro freestyle riders back then I believe were Andy Preston and Mike Pardon. FBMX Magazine contacted me as they wanted to have a Professional Freestyle division so I said yes, wasn’t quite sure what I was saying yes to but it sounded great. The UK pro division now consisted of something like four riders, but hey it was a great start! 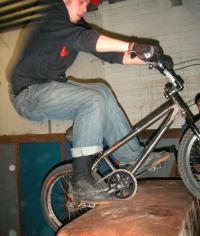 Gert Nijenhuis, Edwin Willink and Walter Langelaar decided to start building something to ride because there was not much around where they lived (Hengelo, NL). They started building in the abandoned warehouse of Kongsi. The ramps could only stay for 6 months because the council did not want to extend the rent. The crew found a new expo place and decided to start building everything there, just in a different set-up. The opening of the Expo will take place on 16 October 2005 with speeches from some prominent art-related people, fashion shows and a lot of music from "Boy Omega" from Sweden. After that date the Expo and thus the skatepark will be open to public until October 26. Opening hours are: Mon-Fri from 16.00h - 20.00h and Sat-Sun from 12.00h - 18.00h. No entrance fee!
Read more
Freestyle 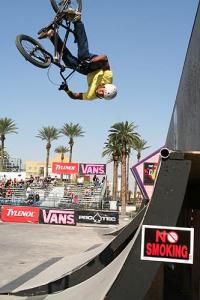 After Dirt on Friday night it was time for the street contest on Saturday. In 102 Fahrenheit temperatures it was hella hot over there in the parking lot of the Hardrock in Vegas. The street course was more than decent but was built on a slopy parking lot which took some getting used to for all the 28 riders. Again it was a strong field of perticipants. Some of the riders who did not make the top 12 (finals) were: Dakis, Morochan, Beringer, Ross, Taylor, Martinez, Mihelich, Heaton, MacKay, Paddy Gross, Napolitan, Tobias Wicke, Darden, Van Homan, Chase Hawk and Diego Canina. With those riders out, you can expect the finals to be nuts. In 12th place we find Alistair Whitton who had been ripping on the course all day long. When he dropped in for his first 60 second run (best run counts), he went for a huge front flip on the box but landed a bit too deep and got off the bike. He possibly broke his arm as he was in a sling in no time (welcome brother) and rushed to the hospital later for inspection. 11th went to UK's Baz Keep. Making the final was
Read more
Freestyle 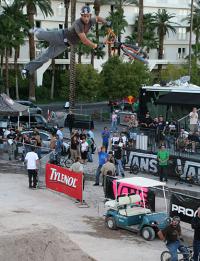 Vans invited for a party at the Hardrock Casino in Las Vegas. FATBMX was present. Friday night saw an amazing dirt contest followed by a street comp the next day but first things first; Dirt. The crew had built up the stage again which had a small roll in followed by a gap into a landing and two huge sets of jumps. The landings of the jumps were at least 10 feet high and 14 feet wide, I don't want to know how many truckloads of dirt had to be brought in for this. Fuzzy, Elf and the building crew had built a monster course but the riders were ready to take it on. I have to admit, it had been a while since I attended a dirt contest in America. X-Games 2003 I believe. The level of riders in Vegas was off the hook. It was pro invite only and they sure had picked a high level of riders. The contest was going to be a head to head contest. Each rider jumped once and after that the scores were announced.
Read more
News 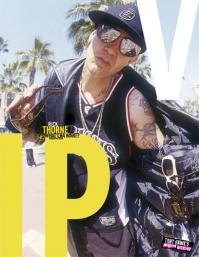 While abroad we received four more e-mails from the Biker in Black. He's been busy as ever shaking hands left and right and presenting his new girlfriend that he met two days before. Here's the Rick Thorne update: Yo dudes here is a New Von Zipper Sunglasses ad, wanna buy sum glasses? Much luv, Thorne Biker-N-Black
Read more
News

Interbike's Thursday evening is reserved for the RIDE BMX Nora Cup party. The riders of the year are announced there and it's a BMX party that cannot be missed. But first we got invited by McGoo for a dinner with the Snafu owner and the team riders in the Venetian. After eating the biggest steak I've ever seen and downing a few brewski's it was off to the Ice for the Nora Cup. On the way to the taxi's McGoo stopped at a table to see if we were going with cabs, or with the Limosine. McGoo threw some money on the table and before we knew it, our posse was on the way to the Ice club in style (read: in a black Limosine).
Read more
Page 5547 of 5634