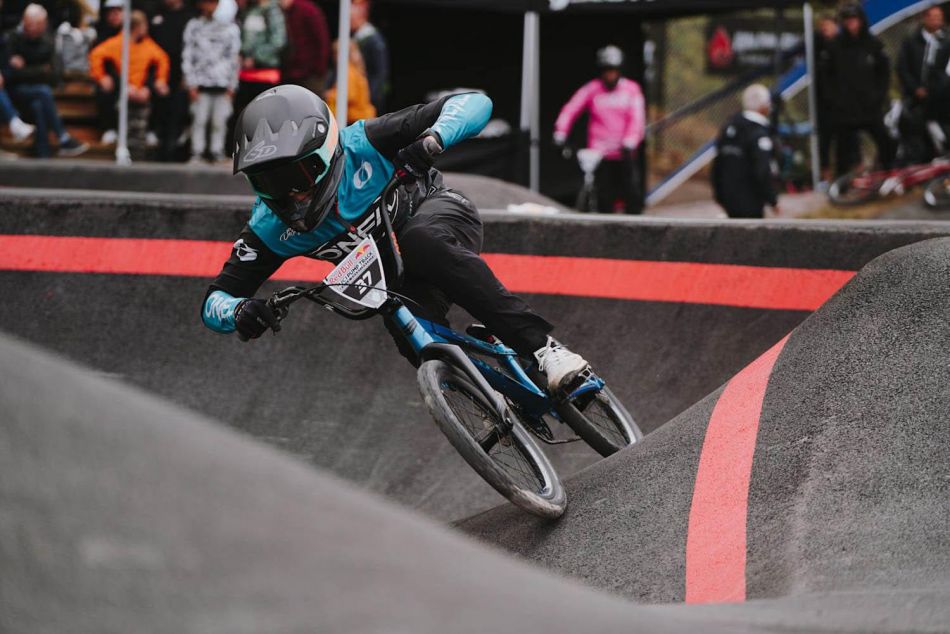 It was on the brand new track in Jössefors, Arvika, that the Swedish round of the Red Bull UCI Pump Track World Championship Qualifier race was decided last Sunday the 19th of September. 25 excited and eager racers battled it out for the prestigious win and the opportunity to go to the big final in Lisbon in October. It was a heater of a race with plenty of fast racers from an astonishing five different countries, pushing the level of riding through the roof - the final rounds of the competition so tight and intense it kept both racers and the crowd on their toes. In the end, it was Swedish BMX racer Oskar Kindblom and Latvian BMX racer Vineta Pētersone who kept it consistently pinned and grabbed the top step of the podium.