Written by  Bart de Jong
Read 23208 times
My full name is Kealoha Duroy Rosecrans. "Kele" became a nick name for me cause people could not pronounce my name right. I am now 35 years young and I was born and raised in Huntington Beach, California. This is a heavy stroll down memory lane for me right now, many of the things I write have never been written or thought of in decades so this is an honor to have a chance for new guys to hear some of my tales and random thoughts of a pivotal time in BMX freestyle and skateboard history.

My first trip to a bmx event was in 1979 at the age of eight. My dad was sponsoring [url=//fatbmx.com/modules/news/article.php?storyid=688]Tinker Juarez[/url] and he invited us out to watch him race. My brother and I got our first bikes from Tinker, they were Mongoose bikes all set up for track. At that time my brother and I were already U.S. champions in skateboarding and doing demos all around the country for Vans. 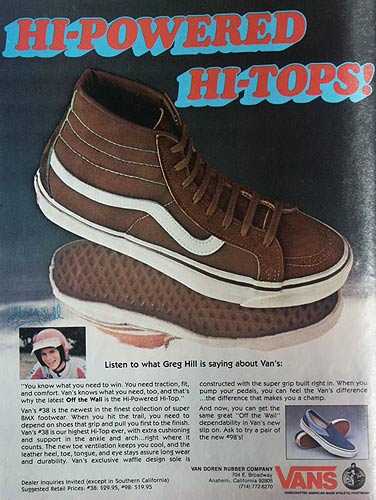 During this era you either rode for Vans or not, there was no other BMX or skate shoe sponsor then. Wait there was this lame company called Keds but that didn't last too long. Because of the position Vans had in bmx, this crossed over into BMX freestyle as well, fully dominating as the # 1 shoe. Many of the freestylers then also raced and that's how we knew most of them, as racers.

In 1980, Vans demos became a mix of skateboarding and bmx freestyle for us, my brother and I actually doing both sports. Then the special guest started pouring on to the scene, beginning with Bob Haro, Mike Buff and Osborn, Eddie Fiola, Mike Dominguez, Brian Blyther, Martin Aparijo, Woody Itson and the list goes on. Who ever showed up actually had to help assemble that plexi glass ramp, we didn't have a crew for set up, that was our job. It took about 30 minutes to do if we weren't screwing around. This was the only ramp and show around. Everyone from skating and BMX did shows with us. I'm talking heavy hitters like Tony Hawk, Danny Way, it's really weird to have child hood memories like that and be able to say that this whole EX-Games thing or Boom Huck Jam concept got started with us and more specifically my dad. He was the master mind behind the performances and what would be done. 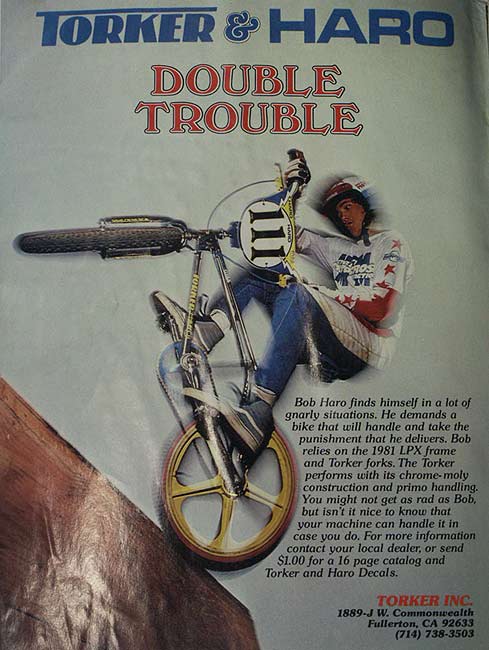 During the late 70's and through out the 80's the Vans shows were gnarly. We would first set up the sound system and start blasting Van Halen or Ac/Dc and people would be tripping. You got Mike Dominguez and Brian Blyther having bottle rocket wars, my dad and his gang smoking weed in the Vans van (that thing was always smoking), it was a sight to see.

That ramp was only like 16 ft. wide and we had to do doubles on it with Fiola and Dominguez! Plus there were no decks on the ramp so lip tricks were even more heavy, everyone broke an ankle or too. Oh quick thought, watching Dominguez do the first real 540's upside down, now that's what I'm talking about. Eddie Fiola was the first king of vert then came Mike Dominguez. Mike Dominguez did the first 10 foot plus airs and should not be forgotten as the man that seriously is the King of Bmx vert. Just ask Matt Hofmann who he looked up to and I mean literally. 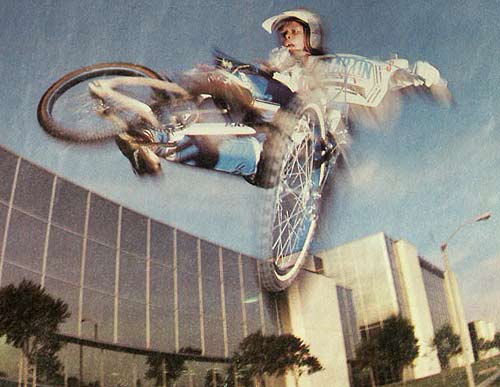 Since I'm giving much deserved honors out right now I can not overlook the eye witness accounts of watching Martin Aparijo do the first manuals on bikes. Once again I'm seeing the birth of a new type of flat land freestyle that has never been done before. You know the manuals on the back pegs one foot kind, it was sick.

Eddie Fiola was going 10 o'clock and then some in the full pipe at Upland, pretty much as high as possible until your handlebars scrape the trannie. 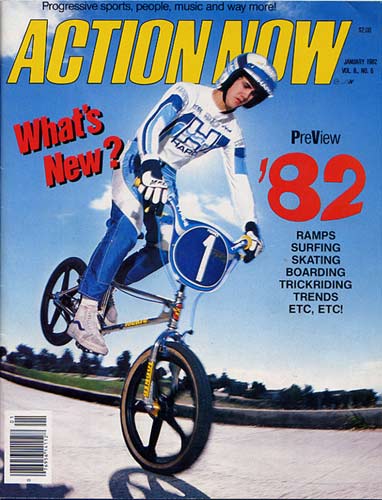 Brian Gass I think is one of the main dudes at GT now, back then he was the gangster of love, the bmx groupie girls in between motos, wow Brian can't believe you showed up for your next moto, hey where's your gloves?

Ron House was son to the main guy for Super Bmx mag. and would hook us up with all these movie stars to do guest appearances at our demos. We had David Hasselhoff trying to do fakies on the 1/2 pipe, his song " looking for a freedom" well David it was right there in front of you, should have kept practicing! He sucked and we would always wait for these guys to eat shit in the middle of our shows that was our entertainment.

I feel that there is so much to talk about, different events and such that I could fill a whole issue of FAT BMX with hits of history but for now, please enjoy these memories of mine and seriously enjoy your sport. Ride every day you can because we are lucky to be involved with BMX and skateboarding. Just think you could be a rollerblader, life's not that bad after all...

Photos by: Action Now/Cassimus/Vans/BMX Plus!

More in this category: « Lance Mosley interview Cameron White interview »
back to top