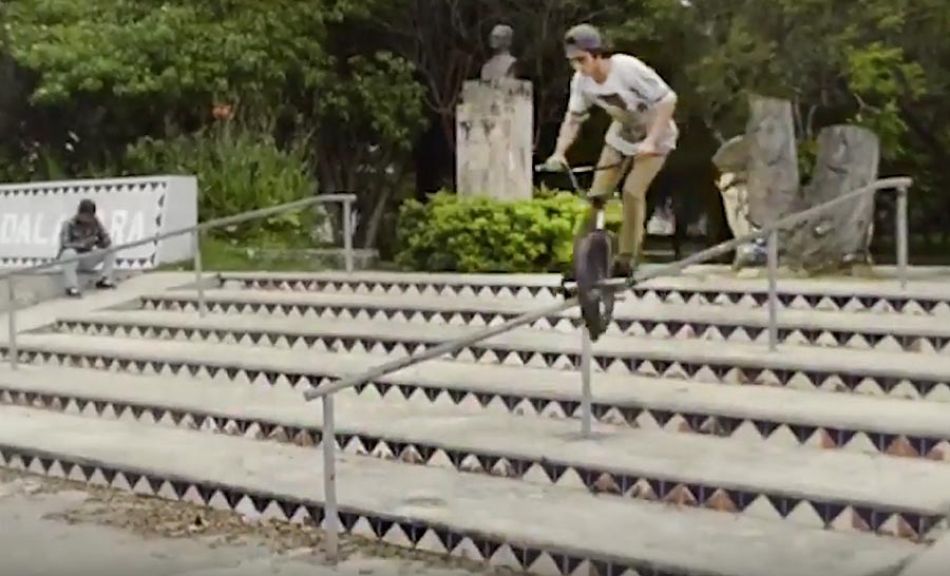 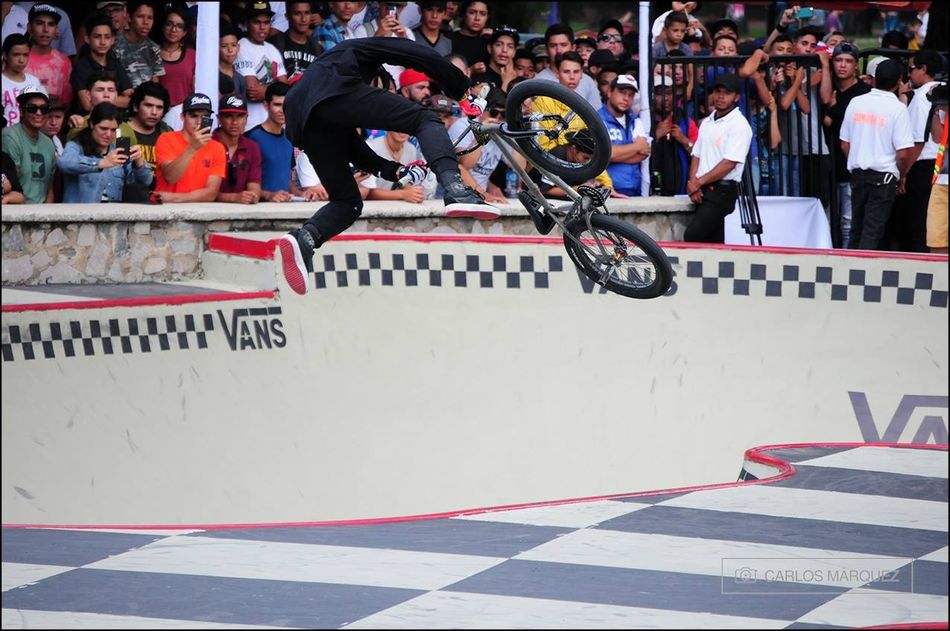 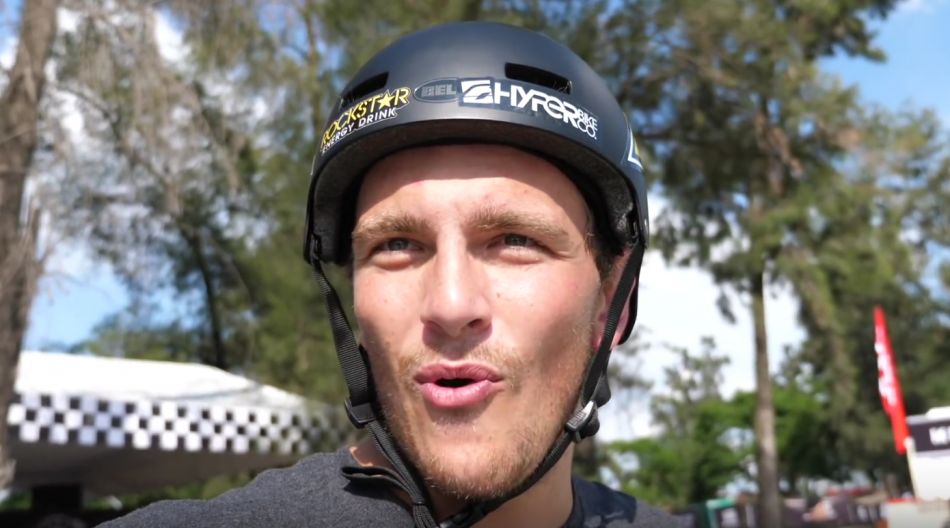 THE BIGGEST SKATEPARK IN MEXICO! by Scotty Cranmer

THE BIGGEST SKATEPARK IN MEXICO! We are riding BMX bikes at the biggest skatepark in Mexico watching the world's best professional bike riders get ready for the big competition this weekend! So many amazing tricks are happening in the skatepark and many fans have showed up to support the event! This is the biggest biking event in Mexico and we are having so much. 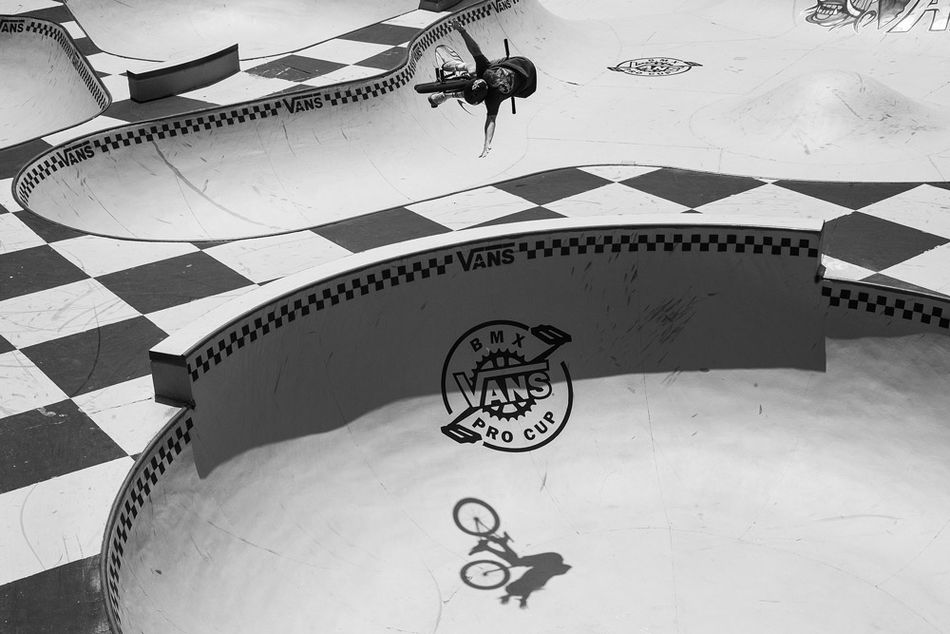 The 2018 Vans BMX Pro Cup witnessed an incredible finish in Guadalajara, Mexico this past weekend as the industry’s leading professional men and women BMX riders battled for their last-chance at the podium before the series’ highly-anticipated World Championships finale. For the third and final Pro Tour event, defending Vans Pro Cup Guadalajara event winner Jason Watts triumphed yet again, surpassing his peers to mark his second consecutive victory in Mexico since 2017.

Merging smooth style with his signature manuals and seamless tricks at the Montenegro Skatepark, Watts remarked, “to win here again in Mexico feels absolutely amazing. I really like riding this park and with a bit of luck on my side, I somehow pulled through.” 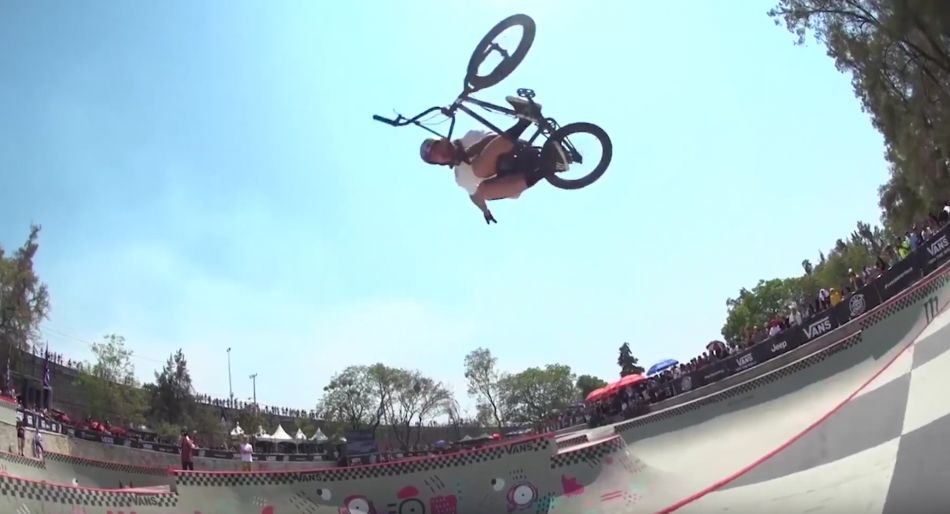 The Vans BMX Pro Cup Series is the world’s definitive platform for BMX park terrain competition, showcasing the most talented BMX athletes from across the globe stopping in Australia, USA, Mexico and end in Spain for the World Championships. 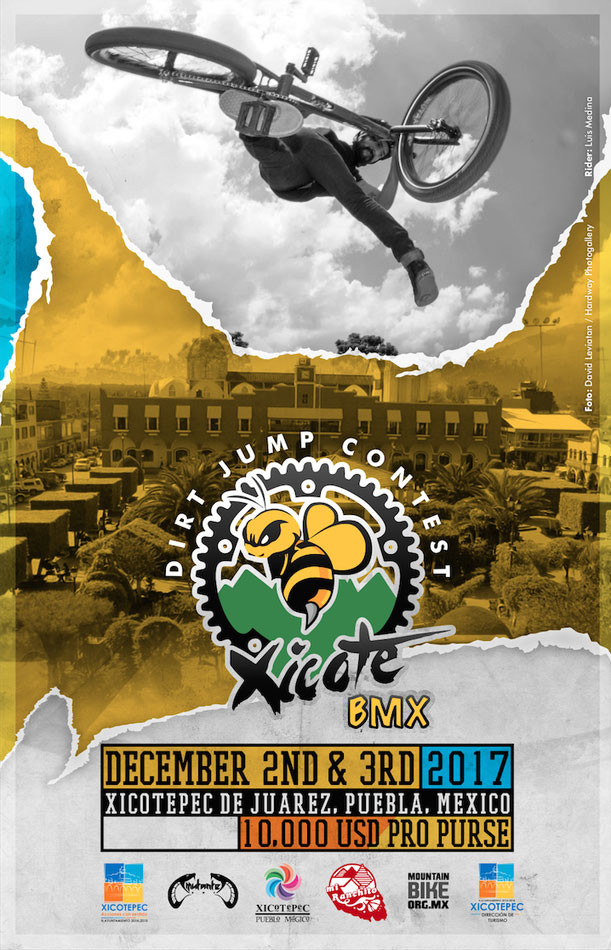 When you have confirmed riders like Leandro Moreira, Nick Bruce, Jonathan Camacho, Pat Casey, Irek Rizaev, Kenneth Tencio and two of the Peraza brothers on the riders list, you better make sure you head down the comp. Dirt this time and it will be held in XICOTEPEC, PUEBLA, MEXICO. With a Pro purse of $ 10,000.= USD in the pot you can expect some craziness on DECEMBER 2ND & 3RD during the XICOTE BMX BMX dirt contest.

Mix in the wild locals and you are entering a party you don't want to miss. A big roll-in will lead to three doubles followed by a quarter that leads to either the left or the right depending on where you want to go. The Xicote Best Trick award is worth $1,000.= bucks so expect even more madness when that goes on. 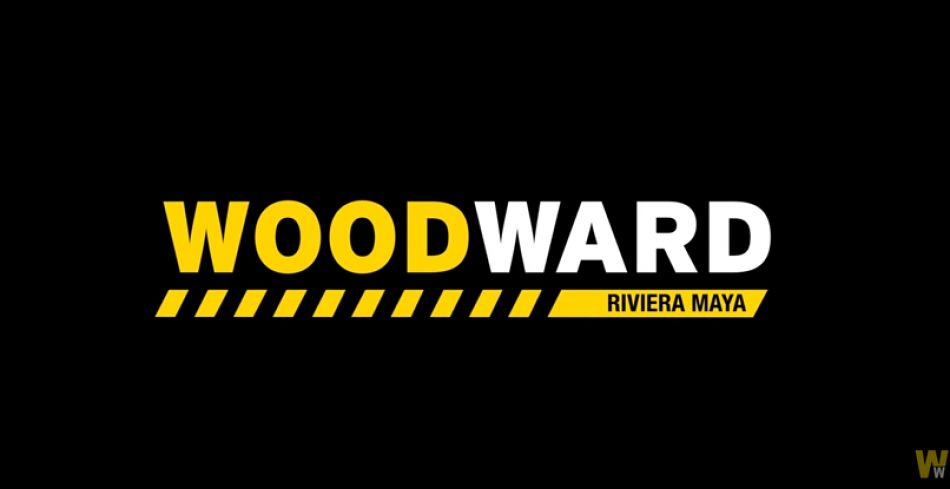 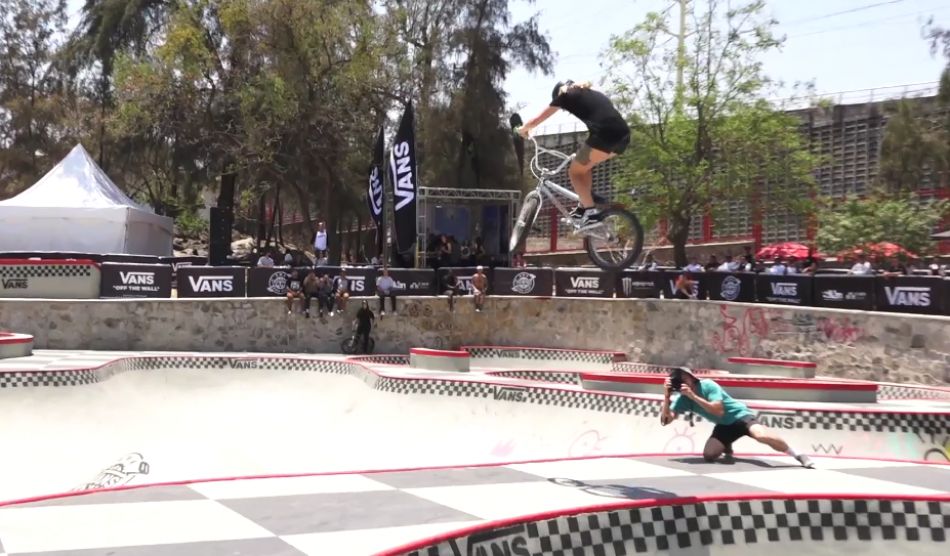 A few raw clips of Angie Marino, Nina Buitrago, and the rest of the girls shreddin' the course at the Vans BMX Pro Cup in Guadalajara. 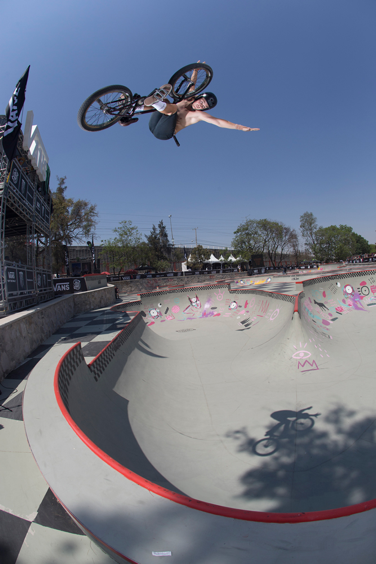 An emotional Watts states, “I’m speechless, winning this event is mind-boggling. Everyone rips it out there, I didn’t think this day would ever come. I have too much fun riding my bike to ever think about it.”

Trailing closely behind Watts, USA native and crowd favorite Larry Edgar earned a hard-earned second place, showcasing the contest’s greatest airs along with enormous trick combinations, while Spain’s Sergio Layos’ consistent riding and fearless speed merited him third, and also marks his third consecutive podium win in the series. Layos’ remarkable consistency throughout the series proves his momentum as a star contender to watch in the Championships.

Get a behind the scenes look at the third stop of the Vans BMX Pro Cup in Guadalajara, Mexico with riders figuring out the best lines at the Montenegro Skatepark. Riders Chase Hawk, Jason Watts, Dennis Enarson, Gary Young, Matt Cordova, Tom Dugan, Kris Fox and Alex Hiam give you the low down on the best lines and transfers at this enormous park.