My first race weekend of the year in Shepparton, Australia, for round 1 and 2 of the UCI BMX SX World Cup.

The first two rounds of the UCI BMX SX series where held in Shepparton, Australia. Take a look on how I did on the first race of the year.

With the racing cancelled Tory Nyhaug interviews some of the riders and officials to explain the outcome.

The 1st heat of the 1st round saw the winner cross the line in 1st. Due to deteriorating weather conditions the event was called off after the Elite Men had run Round 1. According to UCI rules the fastest rider in the Round takes top spot. Women didn't race.

The Level Up Program. By Box 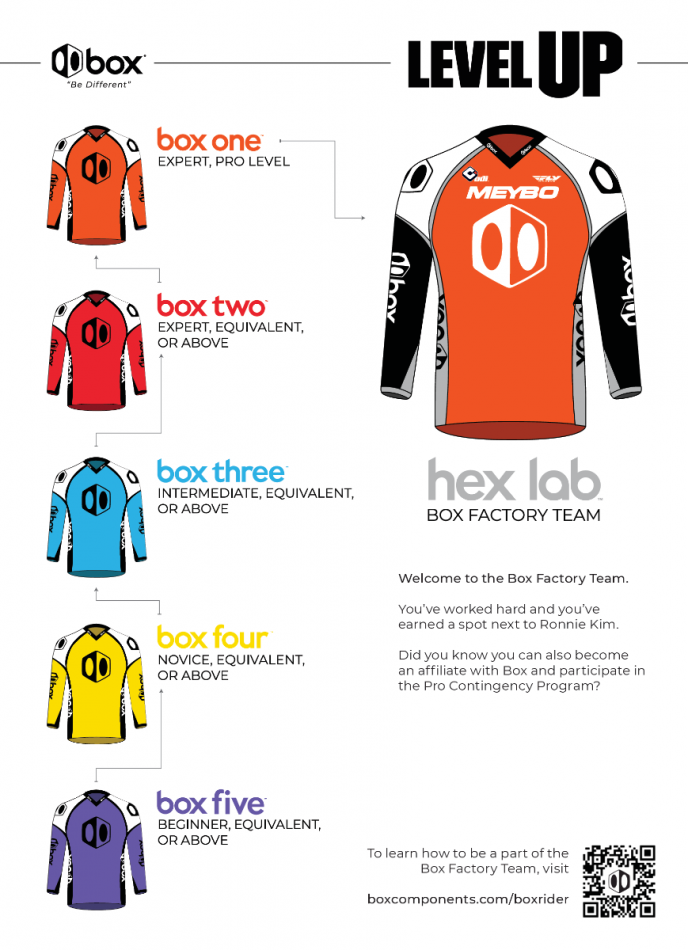 The Level Up Program was designed to support riders of all levels become part of a team. Its goal is to strengthen the rider's skills, provoke inter-rider encouragement, and motivate a level up to the next class.

Each qualified candidate accepted into the program is offered exclusive perks and discount levels directly from Box. Riders are required to represent both the brand and themselves professionally. The discounts offered are only available directly through Box and do not apply to other online stores, bike shops, or race site vendors.

Follow the top Tioga supported racers as they enter into the first 2 UCI BMX SX World Cups for 2020. Niek Kimmann and Connor Fields in once again #fastr than the rest in Elite Men, while Felica Stancil, Mariana Pajon, and Says Sakakibara were all on the Podium at the first stop of racing. 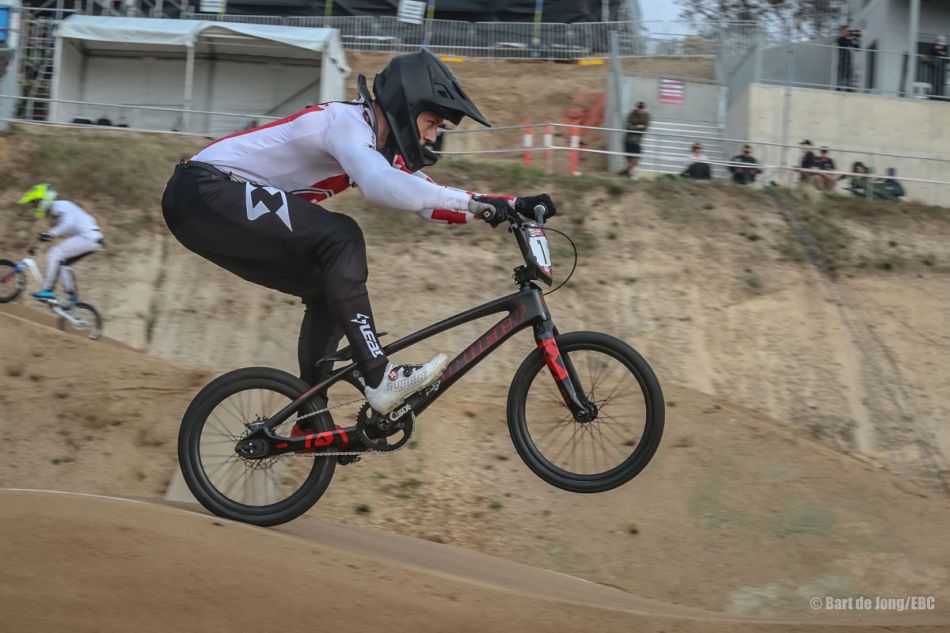 Overall standings of the 2020 UCI BMX SX World Cup after three rounds. Tomorrow's racing will not start unitl the afternoon so be aware of that when you want to prepare to watch the live feed on FATBMX. And we're in Bathurst, Australia so mind the time difference. Connor Fields (USA) is doing well in the series followed by Anthony Dean (AUS) in 2nd and Carlos Ramirez (COL) in 3rd.

Results in for Men, no results for Women in Bathurst. 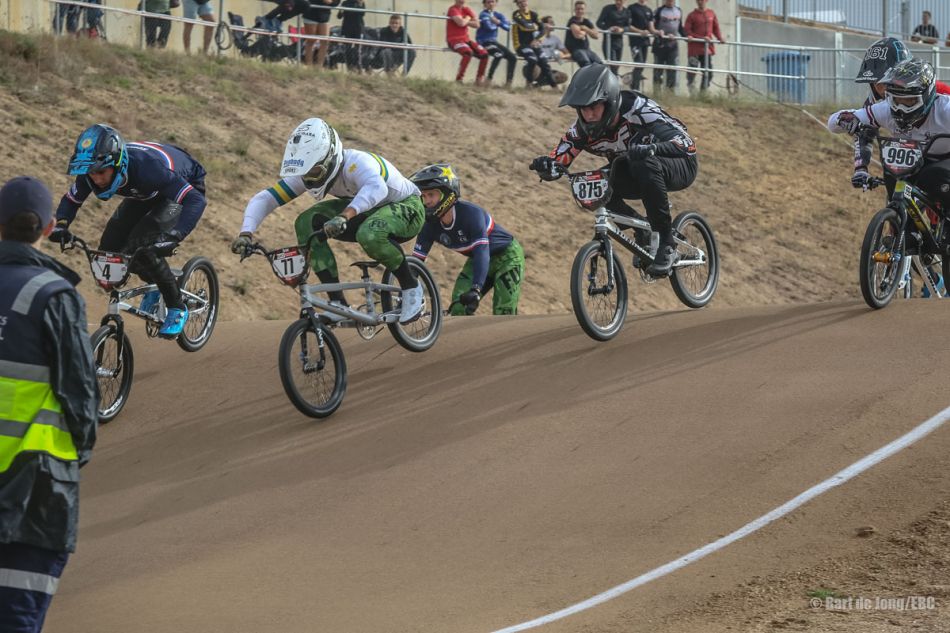 The day didn't start off all too bad in Bathurst with cloudy skies and moderate winds that didn't affect practice much. With the predicted weather conditions a decision was made to call it quits after Round 1 of Men and take the fastest times of each athlete to determine the results for Round 3 of the UCI BMX SX World Cup. Since Women had not raced yet, there will not be a result for Women for today's race in Bathurst. Better luck with the weather tomorrow. Fingers crossed. 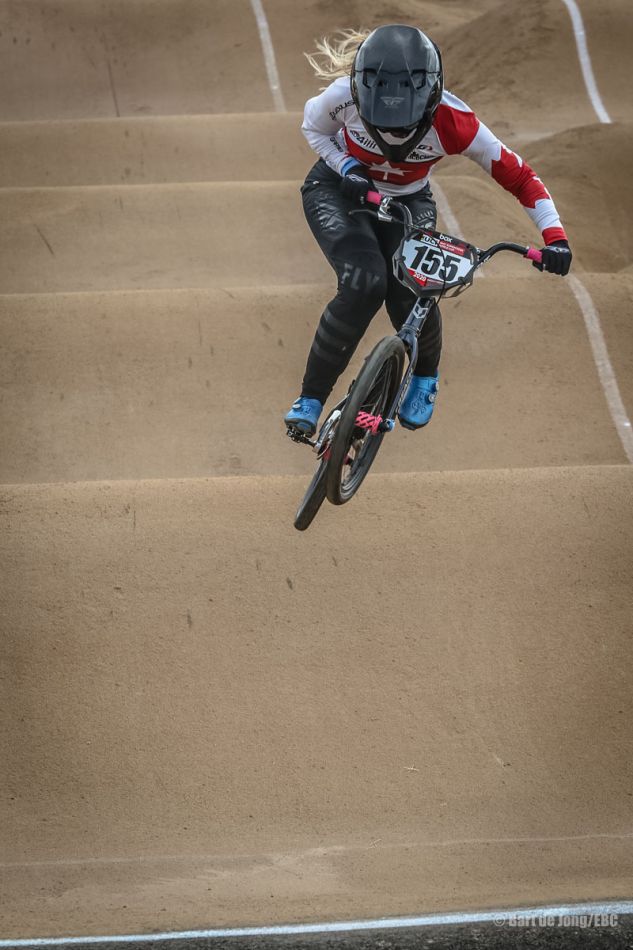 Friday kicked off early with a press conference which had Sam Willoughby, Lauren Reynolds, Laura Smulders, Kai Sakakibara and Mariana Pajon talk about BMX racing to the local press in Bathurts, a small city three hours West of Sydney, Australia. The predicted rain showed up every now and then during practice and the announced wind made things challenging from the start at the massive BMX track in Bathurst. But with nothing on the line during practice, the riders took it easy in order to stay in one piece to see whatever the decision is that will be made tomorrow morning when the sun comes up. That sun might decide to stay behind the clouds all day as once again rain is on the schedule and more frightening; wind. But today is today, and tomorrow is tomorrow so whenever it is possible to make a start, the racing will happen even though it might be just to get a result in. FATBMX is present so we will inform you about the activities in Bathurst so make sure to check in.

For the moment it doesn't make any sense to show who did well during practice. Both 8 and 5 meter hills were used but no one did a full lap today on the downhill track that has three straights with double lines. It is possible that all racing will take place from the 5 meter hill and will take all three "easy" lines to get some racing in tomorrow. The live feed (on FATBMX) will also keep you posted so tune in for the latest from the UCI BMX SX World Cup.

Australia is in need for some serious rain after the bush fires, but it doesn't help with the planned UCI BMX SX World Cup in Bathurst this weekend.