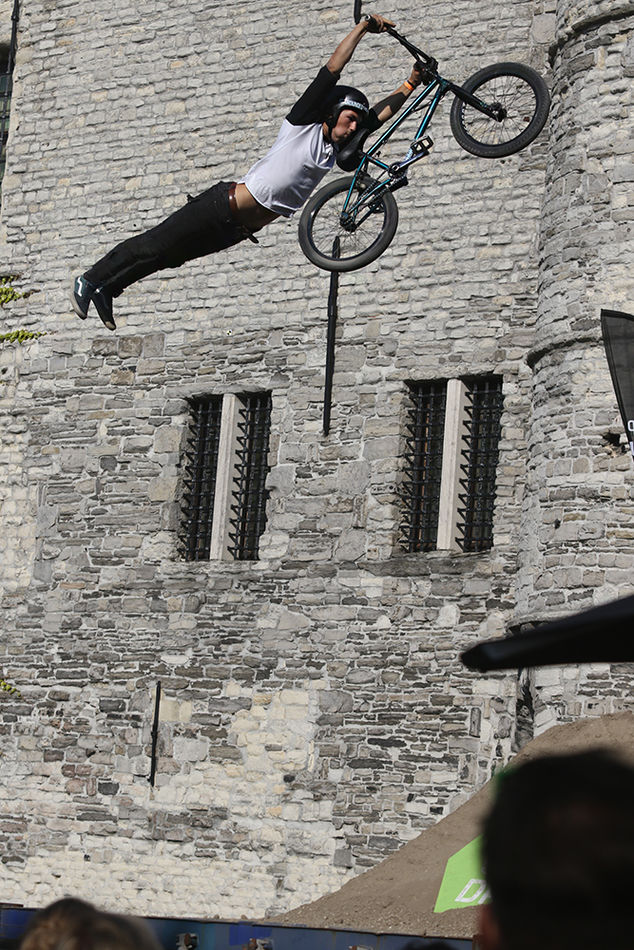 Antwerp City Drops took place in the weekend of 23/24 September and once again the weather cooperated to make the Urban sports festival a success in the middle of the city centre of Antwerp. This year, next to dirt, a flatland contest was added to the program. While kids rode the dirt pump track all weekend long, the Dirt jumps were used for an Open Qualification contest, a Primus High Air comp, Best trick contest and the BMX Dirt Invitational. The Flatland contest was held on a 144 square meter podium which attracted a huge crowd.

The 8 meter high roll-in got the riders up to speed in no-time for the two big jumps. The first dirt jump was angled in a hip with the second one sending you to the moon if you wanted to. On Saturday Tom van den Bogaard (NED) cleared 7,80 meters in the Primus Haacht Beer high air contest winning a keg of beer and €500 for his efforts. Qualification on Saturday sent the best riders to Sunday's finals where Konrad Szabo (HUN) delivered his triple whips and front flips to please not only the crowd but the judges as well for first place. Tom van den Bogaard styled to second place with height while German Simon Moratz grobbed third with barspins to tailwhips and flip variations. Joe Baddeley (GBR) double flipped to 4th while home favourite Kenneth Tancré claimed 5th place.

Best Trick on Dirt went to Joe Baddeley with a bad-ass double flip on the first hipped double jump. He's got that trick on lock. Antwerp got to see plenty of them over the weekend and Joe liked throwing them to please the Belgians. 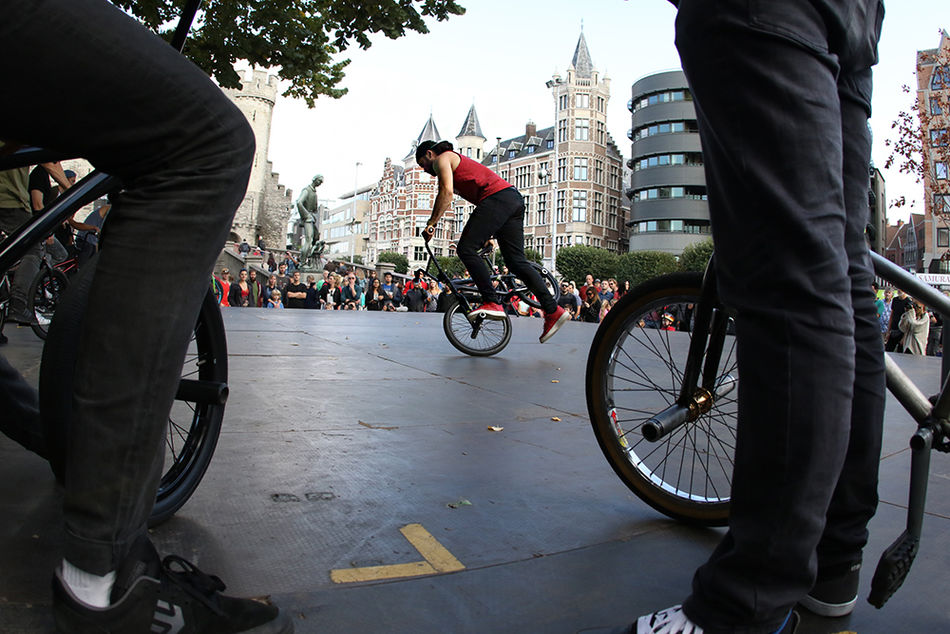 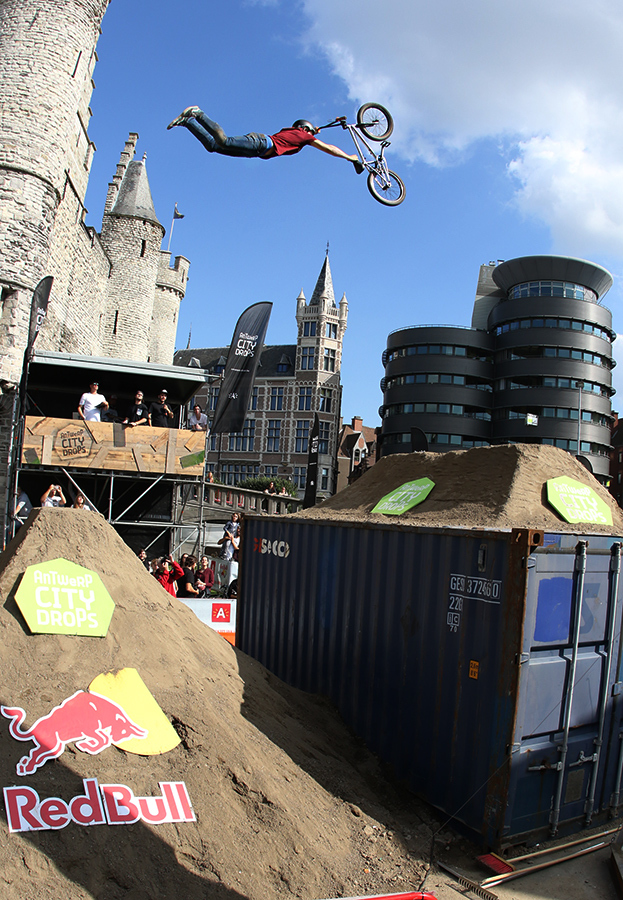 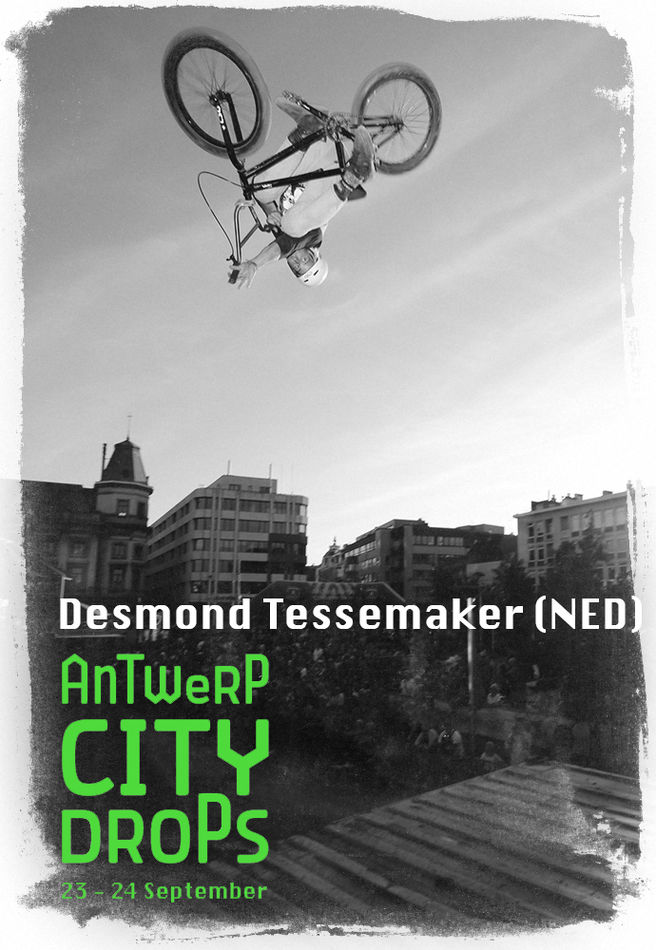 The second edition of the Antwerp City Drops event is taking place from 23-24 September 2017. Good times were had in 2016 at the inaugural event with lots of sunshine, high level dirt riding and plenty of partying. In short, a killer weekend in Belgium. The following riders have confirmed their presence and if you think you've got what it takes and your name is not on this list yet, make sure to enter the Open Qualifier event on Saturday morning and claim a spot. In any case, the Dirt contest is going to be a good one with these guys on the list already. A high air contest will take place on Saturday. A Best Trick contest will be held on Sunday. Other events during the ACD festival are BMX Flatland, a Pump track contest, trials, skateboarding, slackline, partying, graffiti, freerunning.